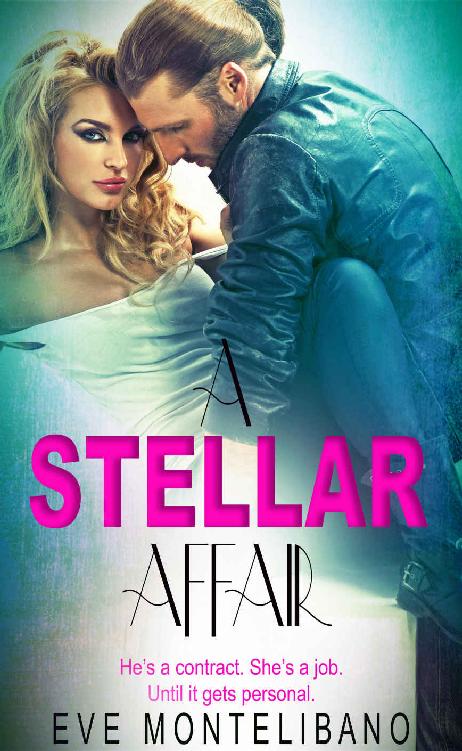 This book is a work of fiction. Any references to historical events, real people, or real places are used fictitiously. Other names, characters, places, and events are products of the author’s imagination, and any resemblance to actual events or places or persons, living or dead, is entirely coincidental.

STEALING IN ANY FORM IS A CRIME.

Fantasies, no matter how hilariously absurd are still works of someone’s hard work.

Please, don’t steal my work. It’s my livelihood. Thank you.

Hello, I’m Eve. Thank you for giving my brand of romances a try.

I have to be upfront from the get go, these are my fantasies. My books are designed for escapism. If you want to get away from reality for a few hours and get lost in fantasy-land full of men and women whose lives are often found in the pages of fairy tale books, glossy magazines and movies, I offer the vehicle. I don’t hold back in my daydreams so my novels are full of unbelievable, fantastical and sometimes downright hilarious plots and characters. Expect over-the-top, always. It’s fantasy, my loves. Never hold back.

That being said, I do aim to please. Each of my novels will be

a tribute to the enduring power of love and passion, transcending time, race and social circumstances. My views on relationships are a blend of the traditional and modern and written in the voice of a true-blue romantic with huge doses of eroticism. I will try to ignite your inner fire in every novel, bring out the hopeless romantic in you, make you sigh and yearn for your soul mate and hope to leave a lasting message in your soul— that in the end, if you believe with all your heart, love will conquer all.

My novels will be silly, funny, steamy, sometimes full of drama, action, suspense or whatever catches my fancy and each will definitely have a HEA or HFN ending.

Welcome to my daydreams!

Ava Ryder is one of the biggest recording stars in the world. Her image has always been almost above reproach and she wants to keep it that way. But a scandal breaks out courtesy of her ex and suddenly, she’s the other woman trying to wreck a happy marriage.

She’s forced to do a major damage control.

to divert the public’s attention from the scandal.

Wes is arguably the most badass in Tinseltown for playing the most evil villain in a blockbuster film franchise. But despite his talent backed by multiple acting awards from the indie films he’s made, he’s still considered just second tier on the A-list. Now he’s in the cusp of landing his most coveted role, the lead in a new high-budget, most anticipated superhero movie. But the producers want a more concrete evidence of his box-office appeal as a hero.

Pretending to be pop superstar

actually capable of being the good guy, with a romantic heart, too.

he will endure being Ava’s fake lover to get it.

She’s just a job. Their ‘relationship’ is just a business.

Well, until they come face to face.

And suddenly, he wants to be her hero.

He's an eagle in the sky, a free bird and busy killing in the name of democracy.

His social life is as good as dead. Women are just a source of momentary physical pleasures

as he has no time to build any semblance of relationship. Even during tour breaks,

a soldier is never really off duty outside the base.

He's on call, anywhere he is. Uncle Sam’s number is a 24-hour b*tch of a hotline.

He likes fast women. No pressure. Not much effort. No drama.

He's with them for only one reason, to pound the bloodlust out of his system

They like to wear his monster down. A big challenge as he's an insatiable f*ck after each tour.

and he likes to keep it that way--uncomplicated and free.

Now he's on his RNR again, a short break in between flying the hostile

skies of the Middle East. All he wants is to have an all-nighter with three hot babes.

What he finds is an alluring young woman sleeping like an angel in his bed.

Now he avoids the type like a plague. Too much work, too much drama and

he's got limited time to spare. But she's so beautiful he just has to keep her for a night, t

hen avoid her in the morning.

Nine months later, it's definitely May Day for Major Walker.

This is a very steamy STAND-ALONE romance with a HEA.

For 18 years old and above only due to strong language and explicit content.

She isn't looking for love and all that crapola women get hung up on like junkies. She just wants to get knocked up by a man who doesn't know her wicked intentions. Well, someone up there plays a joke on her. Or maybe not.

She's granted a Baby Dada...in the form of a 25-year old who's not only ILLEGALLY GORGEOUS and BADASS NICE but a BILLIONAIRE REAL-LIFE PRINCE!

You might think she'd be over the moon. Nope.

It's in fact a nightmare for hard-to-the-core cynic Stella Rhodes who has sworn on her designers her hormones are immune to the male species. Yup, even if he comes with 8-packs! Even if he's THAT guy every woman wants to kidnap and bring home to mama!