A Tale Dark and Grimm 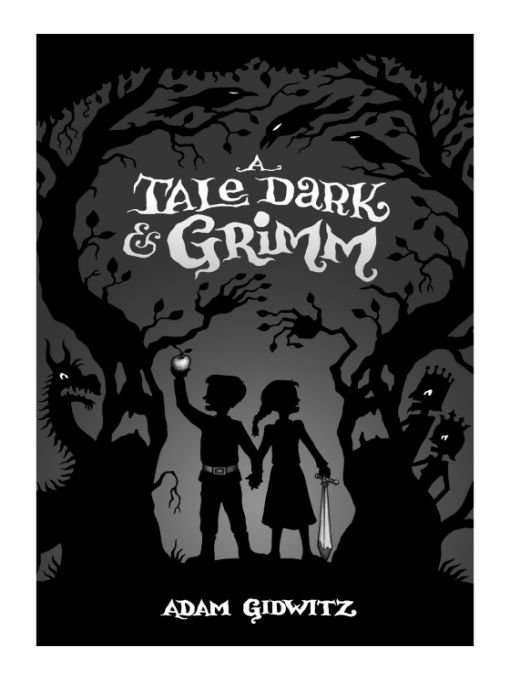 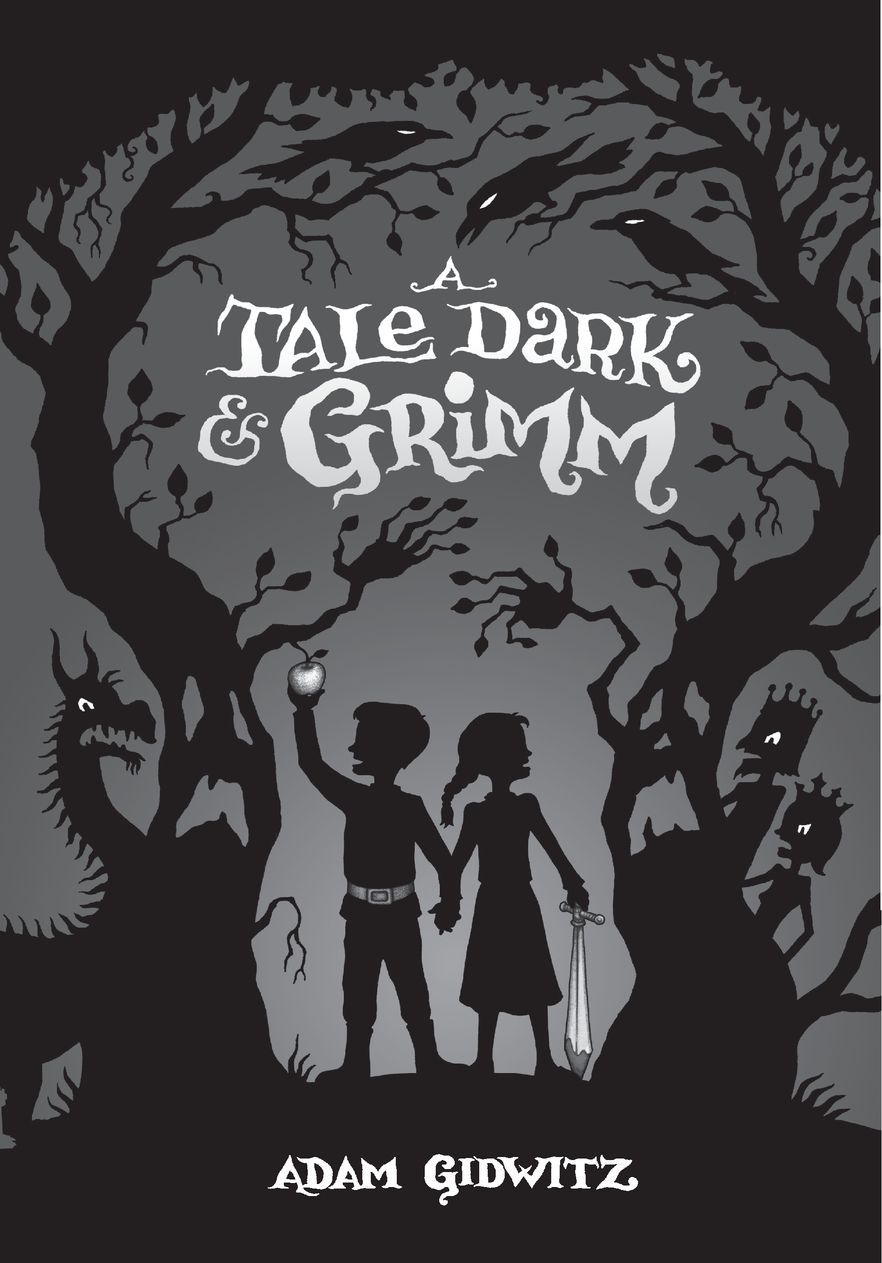 To my family. Obviously. 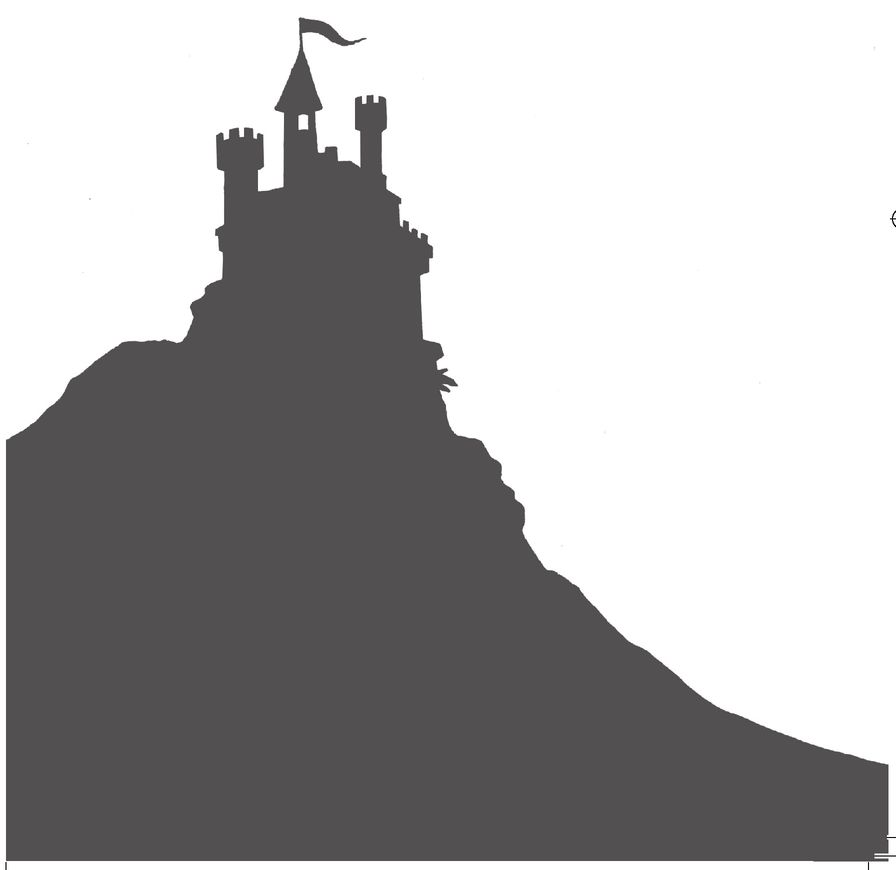 O
nce upon a time, fairy tales were awesome.
I know, I know. You don't believe me. I don't blame you. A little while ago, I wouldn't have believed it myself. Little girls in red caps skipping around the forest? Awesome? I don't think so.
But then I started to read them. The real, Grimm ones. Very few little girls in red caps in those.
Well, there's one. But she gets eaten.
“Okay,” you're probably saying, “if fairy tales are awesome, why are all the ones I've heard so unbelievably, mind-numbingly boring?” You know how it is with stories. Someone tells a story. Then somebody repeats it and it changes. Someone else repeats it, and it changes again. Then someone's telling it to their kid and taking out all the scary, bloody scenesâin other words, the awesome partsâand the next thing you know the story's about an adorable little girl in a red cap, skipping through the forest to take cookies to her granny. And you're so bored you've passed out on the floor.
The real Grimm stories are not like that.
Take
Hansel and Gretel,
for example. Two greedy little children try to eat a witch's house, so she decides to cook and eat them insteadâwhich is fair, it seems to me. But before she can follow through on her (perfectly reasonable) plan, they lock her in an oven and bake her to death.
Which is pretty cool, you have to admit.
But maybe it's not awesome.
Exceptâand here's the thingâthat's not the real story of Hansel and Gretel.
You see, there is another story in Grimm's
Fairy Tales
. A story that winds all throughout that moldy, mysterious tomeâlike a trail of bread crumbs winding through a forest. It appears in tales you may never have heard, like
Faithful Johannes
and
Brother and Sister.
And in some that you haveâ
Hansel and Gretel
, for instance.
It is the story of two childrenâa girl named Gretel and a boy named Hanselâtraveling through a magical and terrifying world. It is the story of two children striving, and failing, and then not failing. It is the story of two children finding out the meanings of things.
Â
Before I go on, a word of warning: Grimm's storiesâthe ones that weren't changed for little kidsâare violent and bloody. And what you're going to hear now, the one true tale in
The Tales of Grimm,
is as violent and bloody as you can imagine.
Really.
So if such things bother you, we should probably stop right now.
You see, the land of Grimm can be a harrowing place. But it is worth exploring. For, in life, it is in the darkest zones one finds the brightest beauty and the most luminous wisdom.
Â
Â
And, of course, the most blood.
Faithful Johannes 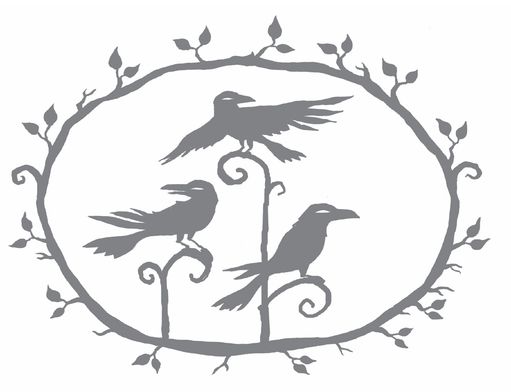 O
nce upon a time, in a kingdom called Grimm, an old king lay on his deathbed. He was Hansel and Gretel's grandfatherâbut he didn't know that, for neither Hansel nor Gretel had been born yet.
Â
Â
Now hold on a minute.
I know what you're thinking.
I am well aware that nobody wants to hear a story that happens
before
the main characters show up. Stories like that are boring, because they all end exactly the same way. With the main characters showing up.
But don't worry. This story is like no story you've ever heard.
You see, Hansel and Gretel don't just
show up
at the end of this story.
They show up.
And then they get their heads cut off.
Â
Just thought you'd like to know.
Â
Â
The old king knew he was soon to pass from this world, and so he called for his oldest and most faithful servant. The servant's name was Johannes; but he had served the king's father, and his father's father, and his father's father's father so loyally that all called him Faithful Johannes.
Johannes tottered in on bowed legs, heaving his crooked back step by step and leering with his one good eye. His long nose sniffed at the air. His mouth puckered around two rotten teeth. But, despite his grotesque appearance, when he came within view, the old king smiled and said, “Ah, Johannes!” and drew him near.
The king's voice was weak as he said, “I am soon to die. But before I go, you must promise me two things. First, promise that you will be as faithful to my young son as you have been to me.”
Without hesitation, Johannes promised.
The old king went on. “Second, promise that you will show him his entire inheritanceâthe castle, the treasures, all this fine landâ
except
for one room. Do not show him the room with the portrait of the golden princess. For if he sees the portrait he will fall madly in love with her. And I fear it will cost him his life.”
The king gripped Johannes's hand. “Promise me.”
Again Johannes promised. Then the wrinkles of worry left the king's brow, and he closed his eyes and breathed his last.

The Traitor (The Carnivia Trilogy) by Jonathan Holt
Hello, Gorgeous: Becoming Barbra Streisand by Mann, William J.
Not a Happy Camper by Mindy Schneider
Protect Me by Selma Wolfe
The Necessary Death of Lewis Winter (Glasgow Trilogy) by Mackay, Malcolm
Accounting for Cole (Natural Beauty) by Trent, Holley
A New Lease of Death by Ruth Rendell
Call of the Whales by Siobhán Parkinson
The Girl of Diamonds and Rust (The Half Shell Series Book 3) by Unknown
Haymarket by Martin Duberman
Our partner