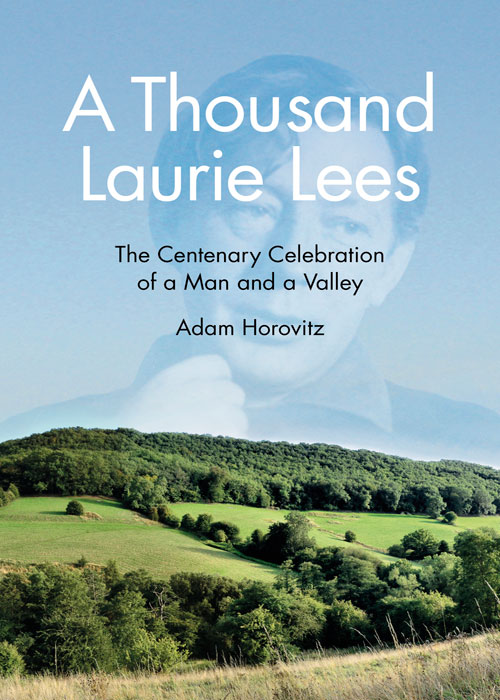 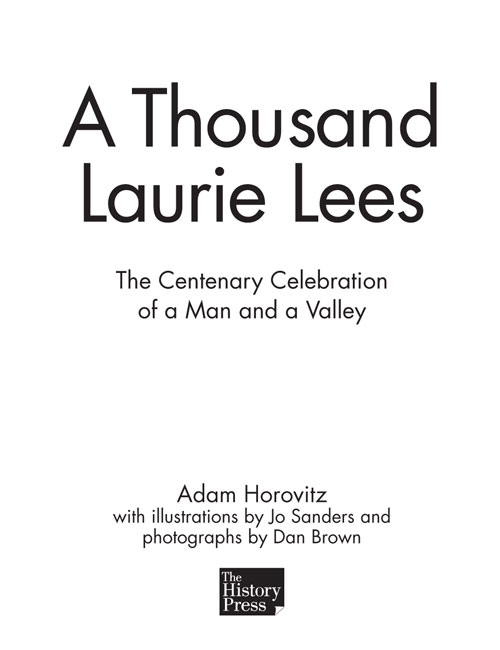 ‘As a writer Laurie Lee was the disengaged onlooker who understood how his presence altered a place or a situation.’ 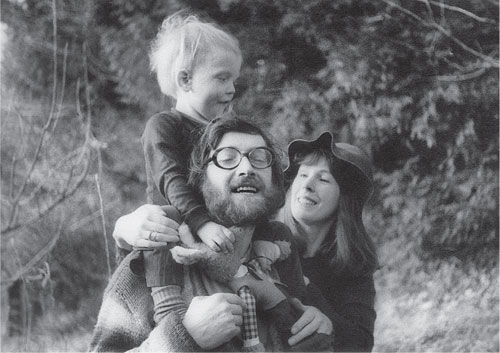 ‘Are you writing?’ he asked me.

‘Ah, writing classes,’ said Laurie, and he raised his eyebrows and smiled. ‘Do you need them when you’ve got all this?’

He gestured to the party, the valley, the world at large, his drink slopping a little, like late winter sunlight over the edge of his glass.

3    Three Points of the Diamond

17  The Buddha of Swift’s Hill

20  The Spring is Sprung

The writing of this book would not have been possible without the generosity of Jacqueline Kroft, who let me stay at her house to write the first section of the book, and of the Painswick Quakers for giving me access to their exquisite Meeting House, where I was able to write several more chapters. I am also grateful to the Greenshop in Bisley and to my editor, Shaun Barrington, for their patience and understanding. Thanks also to Karen Walker for her careful, considered and helpful readings of the manuscript and to my father, Michael Horovitz, for his contributions to the fluidity of text and memory. Thanks also to Jane Percival for the use of her painting and to Patricia Hopf, whose book
The Turbulent History of a Cotswold Valley
(Nonsuch, 2006) was an invaluable resource during the writing of this book. Thanks are also due to Andrew Wood for showing me the photograph of Diana Lodge, and to Jessie Ann Matthew for allowing me to use it at such short notice.

I would particularly like to thank Jo Sanders for her illustrations and Dan Brown for his photographs, which have made this book such a joy to look at, as well as Mark Anderson, who provided the title of this book many years ago.

Thanks are also due to Joe and Imogen Reeve, Anne Garcin and Nik Bragg, Rick Vick, Alex Jamieson, Brian and Carole Oosthuysen, Francoise Pinteaux-Jones, Isa Clee-Cadman and Gavin McClafferty and Anne and Ian Mackintosh, who looked after me when I broke my arms ten days after signing the contract to write this book and whose generosity allowed me the space and time to rethink it as I mended.

‘An Owl Breaks the Silence’ was originally published in John Papworth’s
Fourth World Review
(1989) and then in
Grandchildren of Albion
(New Departures, 1992). ‘Earth Song’ first appeared in
Earth Ascending
(Stride, 1996). ‘Burials’ and ‘At This Time’ first appeared in
Oral
(Sceptre, 1999). A version of ‘Roots’ first appeared in issue 1 of
Bare Fiction
magazine (2013).

‘Burials’ and ‘Cheese Kisses’ are published in Adam Horovitz’s collection
Turning
(2011), and reprinted with the permission of Headland Publications.

Quotes from Laurie Lee’s poetry are taken from his
Selected Poems
(Andre Deutsch Ltd, 1983) and are reproduced with the permission of his estate.

The quote attributed to Laurie Lee regarding the development of the Slad Valley is taken from
Laurie Lee: The Well-Loved Stranger
by Valerie Grove (Viking Penguin, 1999). 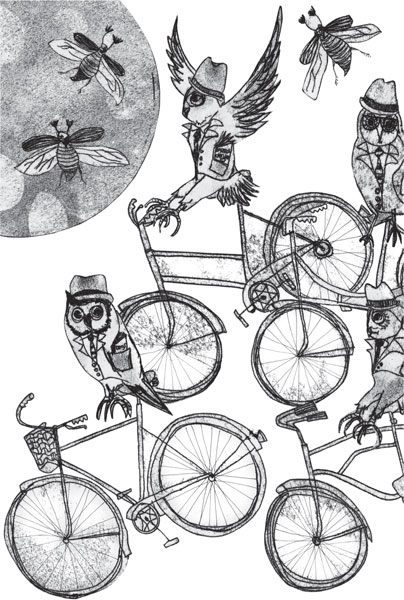 The Night of a Thousand Laurie Lees

I
nto the quiet of the valley the drunken cyclists came roaring, dressed all in white, veering across the road like baffled owls, tearing up the stillness of the May twilight, disturbing bats in their feeding dance and drowning out the last low hum of fleeing insects. Singing and shouting they came, all dressed as Laurie Lee, fedoras jammed on their heads, tilting at the Woolpack pub as if it were a squat stone windmill. In their pockets were books, any books they could lay their hands on.
The Observer Book of Dogs
, something by Barbara Cartland. It didn’t matter so long as it was a book.

The pub was humming gently along as it always did in the early evening on the outskirts of the tourist season; a few locals propped at the bar chewing their way through Uley ale or Old Rosie cider which, if it wasn’t drunk quickly enough, tended to simmer in the barrel until it became a sort of explosive West Country Calvados that tore at taste buds and brain cells and, later on, the sides of cars taken home by incautious drivers. Dave the landlord was more than likely stooped by the battered till as usual, barking with laughter at the bawdy jokes that swim gasping for reaction through any bar where everyone knows everyone else.

The Woolpack was a delightfully battered and quasi-homely place in 1998, a year after Laurie Lee died. A simple kitchen lurked behind the stairs to the apartment above, ready to catch the tourists if they were exhausted from long walks through the steep valley, or to feed the hungry natives if they were desperate to escape their own kitchens.

Downstairs, through the dark cellar where a lonely fruit machine lingered dolefully amongst bashed and aged firkins of ale, there was a pool table for the younger generation to hang out at, sucking slowly at thin roll-ups and making a couple of pints last the whole night. Sometimes, if the pub was quiet and they were very quick, enterprising couples would hang out on the table half in their clothes, keeping a weather ear open for the creak of the door, the heavy footsteps of someone coming down to change the lines.

It was a place where nothing much happened, other than the usual mythologising, the arguments about football, politics or the price of eggs or the occasional lonely old man in his cups who blew beer froth through his beard as he clumsily entreated the latest pretty young pot girl to come home with him. He usually went home happy if the expected ‘No!’ came with a gentle smile. No one left in the pub had ever quite achieved Laurie’s sly, twinkling charm, although many tried to reincarnate it.

On The Night of a Thousand Laurie Lees, however, a little anarchy and devilment was coming back, careering down the road from Miserden, from Frank Mansell’s old pub The Carpenter’s Arms where the drinking had begun in earnest, carried on battered bicycles and powered by laughter and beer.

Imagine, if you will, the bikes being steered through a long line of cars parked on the road; the concerned lights blinking sleepily on in the old schoolhouse as riders curse and topple and laugh at the clumsiness of their arrival. The machines being parked hugger-mugger against the solid metal fence, there to prevent drunks from falling into the beer garden. The wheels tangled with pedals, feet and brambles. One bicycle narrowly avoiding the steep careen down the steps to the outside lavatory – slippery, uneven slabs that have cricked the backs of many an unwary drinker over the years.

Silence in the pub as a football chant (‘Laurie LEE Laurie LEE Laurie LEE-EE!’) goes up outside, building in rounds before it blows in through the door followed by a number of men dressed as Laurie and thrusting books into the faces of the bewildered drinkers. ‘Signed books available!’ barks one of the Lauries, scribbling in
The Observer Book of Dogs
and putting it down amidst the pints on the nearest table. ‘Drinks available.’

More Lauries enter, all signing books, adjusting their hats and husking out requests for beer, their tongues parched with the effort of song and cycling. The bar fills, bodies pressed against each other in a scrum for drink. The locals are crowded into pockets of confusion, subsumed by Lauries. Laughter and song swell like a bubble, bursting from the window behind the bar that overlooks Swift’s Hill, the woodland Laurie bought years ago with the profits from
Cider with Rosie
, and sinks down the hill to Laurie’s house where his widow and daughter, Kathy and Jessy, are remembering Laurie with a gathering of friends, marking the first anniversary of his death.

They are drawn up the hill from their quieter memories by the chanting, the echo of Laurie’s name bouncing off the bruised old stone of the cottages. Over the car park they come, stepping carefully on the erratic stairs past the lavatory and in through the Woolpack’s door. The painted packhorse sign swings in the breeze, its creak obliterated. The valley feels empty. All life is gathered in the pub, anarchic and beery.

The many arms of Laurie open in welcome as Kathy enters the pub. Books are dropped and drinks passed around, charged and recharged. Laurie suddenly seems alive and well and living on in the valley’s dreaming, in the mouths and minds of everyone who lives there or passes through, bound into the landscape like a white clad Jack-in-the-Green.

Airtight Willie & Me by Iceberg Slim
Mark Henry_Amanda Feral 02 by Road Trip of the Living Dead
Becoming Holyfield by Evander Holyfield
Curveball by Martha Ackmann
Knife of Dreams by Robert Jordan
Throwaway Daughter by Ting-Xing Ye
Murder Can Cool Off Your Affair by Selma Eichler
When the Saints by Duncan, Dave
The Swallow and the Hummingbird by Santa Montefiore
Surreptitious (London) by Breeze, Danielle
Our partner