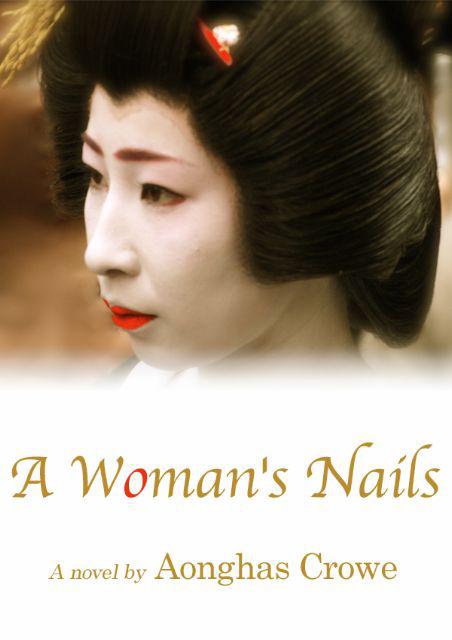 Peador always harbored the suspicion that coming to Japan was a mistake. But, desperation rising from a dearth of viable options, coupled with morbid curiosity, silenced the doubts long enough for him to jump on board without considering where the train would take him. Once in Japan, despite the frustrations and the conviction that his life was off track, inertia alone kept him barreling ahead on a collision course with Mie, the woman who would completely derail him.

This is the story how, one woman at a time, Peador put Mie to rest and got his life back on track.

Editor: this most recent edition has addressed the formatting errors present in earlier editions and corrected many of its mistakes.

This novel is a work of fiction. Names, characters, places, and incidents either are the product of the author’s imagination or are used fictitiously. Any resemblance to actual persons, living or dead, events, or locales is entirely coincidental.

Sometimes I can't shake the feeling, the sinking feeling that my life is little more than the punch line of a very bad joke. Someday when I can’t take it anymore, when I finally cry “uncle”, I know in my heart of hearts that God will be waiting for me. The bastard will give me a friendly jab to the shoulder and say, “Sorry, Peador, I was just feckin’ with you.”

Looking at my reflection of the darkened window of the subway car, I can see I’m a mess. After what the Almighty Prankster has put me through this morning, it’s hardly surprising
.

As the train pulls into the station, my gut rumbles. Nature has been calling for the past half hour and I really should pop right into a toilet and relieve myself, but,
there isn’t a minute to spare.

Abazuré
[1]
couldn’t have been more explicit about being on time. “You cannot be late,” she said at the end of last week’s interview. “Not even once.”

I had arrived twenty minutes late for it. What can I say for myself? I’m human and, well, stuff happens.

“I do not tolerate sloppiness or tardiness,” she said. “Is that understood?”

“Your boss tol
d me that you were often late.”

I admitted that I might have been late a few times over the course of the year. But often? No, no, no.
That
was an exaggeration. “Did my boss inform you that he had m
e travelling all over Kitakyûshû
in the rain, sleet, and snow? Yes, I may have been a few minutes late every now and then, but I always overcompensated by staying
. . . “

“Well, I won’t tolerate you being late even a few minutes,” she
said. “Is that clear, Peador?”

“Can you prom
ise me that you won’t be late?”

“Then I’d like you to come again next week. And be there by nine sharp.”

“Nine o’clock sharp,” I said, writing the time down in my day planner. “I will be there. You can
count
on me.”

And yet here I am, and it’s two minutes of nine when the train pulls into the station. I’m one missed step from getting sacked even before I’ve been officially hired.

My intestines do a somersault as I step onto the platform. I really should head straight for the restroom, but time’s not on my side
.

Twenty-six years old and my life is already a litany of regrets.

Climbing up out of the subway station, my gut calms somewhat, giving me a reprieve. It’s the first bit of luck I’ve had all morning and so I quicken my pace, but not too fast. Heaven forbid I jump-start my bowels
into peristalsis.

A few minutes later and short-winded, I stand before the foot of the stairs that lead to my next place of employment:
The American School
. After catching my breath, I climb the steps and introduce myself to a dour young woman sitting behind the counter. She says that Abazuré-
sensei
hasn’t arrived yet and, gesturing toward the next room, tells me in to take a seat and wait.

Plopping down on a shit-brown vinyl sofa in the lobby, I thank my lucky stars that I managed to get here before the president of the school.

The American School
is a bit larger than the dismal little
eikaiwa
[2]
I've been slaving away at for the last twelve months, but no less bleak. Like a dozen other private English schools in the city, many of which I've had the “pleasure” to visit for interviews before Abazuré finally called me back, there are the usual weathered stencils on the window declaring it to be an “English
Conversation
School”. There are classes for children and adults. Students, a sign
states, may enroll at any time.

There are chalkboards instead of the more common white boards. In the largest of the school’s four classrooms small desks are arranged in a circle. The walls are decorated with the kinds of cheap posters you find at a teaching supply store in the States, and photos cut out of magazines. The lobby has been furnished with secondhand furniture. The sofa I’m sitting was, I imagine, once in Abazuré’s own living room.

It is, in short, an uninspiring place. If the schedule weren't so ridiculously easy--only two or three classes a day compared to the five or six that have been teaching--I might have taken up employment at
Yeehaw! English School
, instead.

Being paid more to work less, that’s what this gig amounts to. As intractable as the dreariness hanging in the school's air is, that is still a song I can dance to. Better still, I'll have a boss who seems to know what she's doing, rather than the moron who clutches at straws just to keep f
rom going bankrupt every month.

Even if the expiration date of my visa weren't bearing down on me, I tell myself, I would still leap at Abazuré's offer.

It’s a congregation of one, of course, that I’ve been preaching to. No one else will listen. Every
gaijin
I know is going back to his or her home country, including my closest friend in Japan, Ben, the only person who can honestly say t
hat he's had a fulfilling year.

None of my expat friends mince their words. You must be a masochist to even consider staying another year, they say. Why subjugate yourself to another twelve months of what will surely be more of the same bullshit and hassles, they ask. Like a proselyte whose faith has been challenged, I defend the choice and remind them that I will not only be teaching less but will be living in Fukuoka City rathe
r than god
forsaken Kitakyûshû
.

I'm not very convincing, though. How do you expect me to be when I can't even win mys
elf over to my way of thinking?

No, the truth behind my willingness to remain in Japan is an obstinate unwillingness to let go of the thin hope that the woman I love might find it within herself to come back to me.

So much for the importance of being punctual . . .

I’ve been feeling like crap lately, really awful. And today my chest aches from the congestion, my nose dribbles nonstop. Every time I breathe in, the fluid in my lungs rattles like a hookah. And, if that weren’t enough, my stomach has started to act up again. The coffee I had earlier seems to have gone right through me
.

Just as I'm about to stand up and inquire about the restrooms, Abazuré arrives. The four-foot-eight powerhouse smiles widely and bellows out a sunny greeting, then disappears into the office. I'd love disappear myself into the restroom, but figure it's best to wait,
in spite of my
stomach doi
ng flip-flops.

Abazuré gives the girl in the office a big “
Ohayô
” after which the two
chat
in hushed voices. With the restroom beckoning, I'm tempted to interrupt but then Abazuré emerges. The broad smile she was wearin
g when she arrived is now gone.

She directs me to a smaller classroom where we sit across from each other at an old dining room table. She looks down at the document before her, hard nails tapping at the surface of the table. The woman is fuming about something and I haven't got the courage to ask what about. She looks up from the document, and stares at me through her steel-rimmed glasses. For a woman of such small stature, she comes off as formidable, intimidat
ing, and downright frightening.

She inhales slowly, deeply before speaking. I inhale slowly, shallowly so as to not shock my bowels. I've begun to percolate and want nothing more of this world and this woman before me to be excused. Nature has stopped calling; it’s now shouting, imploring me. The way Abazuré is looking at me, however, tells me there's nothing I can do as my insides churn but try to s
queeze my butt-cheeks together.

Jesus Christ, that bitch in the office went and told her I was late
.

Oh mother of God help me!
My bowel
s have started doing the rumba.

“I have a right mind to tear this contract up and find someone else. It wouldn’t be hard, after all. There are more than enough peop
le out there looking for work.”

And then, Abazuré actually picks up the contract and rips it in half.

I woke up shortly after dawn and stuck out my kitchen window to check the weather. The cold air bit my cheeks and my breath clouded before me, but the slag heap to the west of the working class neighborhood that had been my home for a year was bathed in the glow of the rising sun. With the sky promising to clear up, it made sense to dress lightly, to endure the chill in the morning rather than sweat through what promised to be a lovely spring day.

After a shower, I dressed in a light suit and tie, and hurried out the door. As I was walking away from my apartment, appreciating the sweet smell of magnolias in my neighbor’s garden, Ben rounded the corner. He had the habit of jogging in the morning and steam was billowing from his head and shoulders; the front of his gray University of Wisconsin sweatshirt was black with sweat.

“Yeah, I have to be there by nine this morning to sign the contract.”

“You might wanna bring an umbrella,” Ben suggested. “TV said it’s gonna rain.
Niwaka ame
. I think it means a sudden shower, or something like that.”

The Reason: How I Discovered a Life Worth Living by Sturm, Lacey
Archers and Crusaders: Historical fiction: Novel of Medieval Warfare by Marines, Navy sailors, and Templar knights in the Middle Ages during England's ... (The English Archers Saga Book 6) by Martin Archer
Jackaby by William Ritter
Crackhead by Lisa Lennox
Relation of My Imprisonment by Russell Banks
Death of Riley by Rhys Bowen
Strategy by Freedman, Lawrence
Lady Myddelton's Lover by Evangeline Holland
The Stranglers Honeymoon by Hakan Nesser
Burden by Michael Marano
Our partner