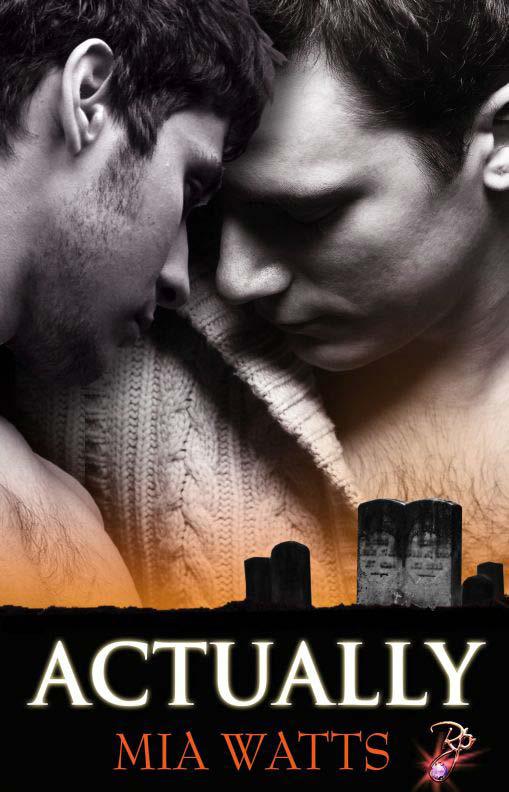 To my daughters who fearlessly joined me in redefining what family meant for us. I love you both, so much. We’re stronger than we ever were before. Chapter One
August…

Aaron Hedlund stumbled out of the pub laughing, his arms draped over the shoulders of his companions. He’d missed these guys. No one understood a law student like another law student. The whoops of the revelry carried on behind them, oblivious to their departure.

“You sure you wanna leave so soon? We’re continuing the party back at my place.” Beside him, Barney shouted at the third friend heading for his car. “I told the others to meet us there.”

“I’m sure. I’m a year ahead of you two. I did my celebratory thank-God-I’m-not-afreshman-law-student-anymore thing at the beginning of last year. Raise a glass for me. I’ll catch up with you tomorrow.” The upperclassman waved at them, walking backward, then pivoting and jogging to his car.

“Looks like it’s just you and me, kid,” Aaron teased. “Your roommate’s probably fending off the partiers right now with empty threats. We’d better get over there.”
“In a minute.”
Barney had that twinkle in his eye that said he had a plan. He hooked his arm tighter on Aaron’s neck and dragged him into the dark against the bar wall. Aaron laughed, tripping after him awkwardly.
“I’m not peeing on the alley,” Aaron protested. “Weren’t you listening to Professor Dougeray’s misdemeanors lecture? I have the notes from last semester if you still need them.”
Barney laughed. “I was thinking of something completely different.”
“Like?”
“This.” Barney hit the wall, bringing Aaron with him.
Their lips bumped, and Aaron was prepared to laugh, but the urge left him as soon as he realized it wasn’t an accident. Barney’s mouth tasted hot and sharp with whiskey. Math may not have been Aaron’s strong suit, but one and one added up, and he relaxed into the kiss.
He broke away, breathing as heavily as Barney. “What brought that on?”
“Don’t know why I didn’t do it last year, but I decided not to waste anymore time.”
“What are you thinking?” Aaron asked, nipping Barney’s lips between words. “A fuck, or a
thing
?”
“One could argue that it requires a thing to have a fuck, counselor.”
Aaron laughed. “I’m not a counselor yet, and you’re evading the question.”
Barney cleared his throat importantly. “Forgive me. If it pleases the court, I’d like to recommend a merger between the two parties in question.”
He hauled Aaron back for another kiss. Aaron accepted when his friend’s tongue swept inside to tangle with his. The arm around his neck fell away as Barney’s hands cupped Aaron’s waist and tugged.
Aaron pulled away to catch his breath. “What are the proposed terms?”
“Courtship, extensive dialogue between the parties, unsupervised private consultations requiring the consumption of foods, and the copious exchange of bodily fluids over the duration of time,” Barney answered.
“Ah. A binding merger with an oral contract,” Aaron teased back.
“Or anal. I’m not so picky,” Barney breathed.
“Is this an exclusive contract?”
“I suggest exclusivity be allowable in the contract for discussion at a later date, if those are acceptable terms for your client, Mr. Hedlund.”
“Non-exclusivity. I accept. Terms may be revisited after time has proven the partnership of mutual benefit.”
Barney rubbed his hips against Aaron’s. “God, I love it when you talk law.”
Barney shrugged. “We just make sense.”
“A convenience boyfriend?” Aaron supposed it was as good a reason as any.
“Why not? We’re too busy during the school year to date. We’re friends and a solid fuck works miracles for stress relief.”
“Good point.”
“I was hoping you’d bend to logic,” Barney grinned. He pressed another firm kiss to Aaron’s lips.
“Bending is not currently my problem.” He tucked his hips so that Barney wouldn’t miss his meaning.
Aaron’s pocket buzzed. Barney swore with surprise as the phone vibrated against his thigh. Aaron laughed, reaching into his pocket to see who was calling.
“Don’t answer it,” Barney insisted.
Glancing at the display, he accepted the call. “Have to. It’s my kid brother.”
Barney groaned. “Tell him to call back
after
—”
He pressed his finger over Barney’s mouth.
“Hey Mike. What’s up?” Aaron stepped away from his friend.
“Can you come home?”
“I’m kind of at school.”
“I’m a minor or something. Mom and Dad—they’re—I can’t do it alone.”
A cold knot grew in the pit of Aaron’s stomach. “What are you talking about? What’s wrong?”
“They’re dead.” Mike’s voice cracked over the distance.
His heart might have stopped. He wasn’t sure. Hot and cold washed over him and his ears rang. Bile rose up in his throat, and he thought he heard himself ask another question, but Aaron didn’t remember forming it.
“If you come home, Child Protective Services won’t take me away. I can’t plan a funeral. I don’t know how. I don’t—”
His little brother’s reason fractured under the weight of grief, or shock, or whatever the hell this miserable disbelief was. Aaron’s heart pounded hard, painfully.
“I’m coming, Mikey. I’m coming. Where are you?”
“St. Joe’s Hospital. They want me to identify Mom.” Mike’s voice shook.
Aaron plucked his keys out of his pocket and strode to his car.
“Aaron,” Barney called after him. “Where are you going? What about the party?”
Aaron didn’t bother to answer. There was time for that later. Right now, his brother needed him. “Keep talking, Mikey. I’m on my way. Just keep talking to me, and if they ask you again, tell them I’ll take care of it when I get there.”

Ian Mitchell collected the essays on his desk and clapped their edges on the surface to align them into a neat stack. His gaze traveled over the room at the remaining students still fighting their way through his history test.

Mike Hedlund stared out the window, a far-away expression on his face. Pencil poised, his blue book remained open on the first page, as it had been since Ian’s class had begun. Mikey looked so much like his brother with the dark curly hair and endless brown eyes. Lean and strong as he was, he lacked the confidence Ian remembered about Aaron.

But he had something Aaron had never had in high school: grief. It hollowed Mikey’s smile and emptied his expression. He radiated pain and, like any teenager in pain, he refused to express it in words, choosing instead to hurtle himself into a pit of bad choices.

Gone was the kid who’d been first-string on the soccer team, surrounded by friends and full of pranks, whose good-natured sense of humor had kept many of the staff at Westwood High School on their toes.

This year sadness shrouded him in a cocoon of depression. His hair had grown shaggy, and he’d opted for all-black clothing with chain accents and leather wristbands. He’d pushed away his sports friends, dropped the team and started dating a girl known for her access to marijuana. Mike had adopted her Emo-rocker look.

The bell rang. Ian flicked a glance at the clock even though he already knew the time. “Don’t forget, your theses are due next Wednesday! One week! Jake, you hear me?” Ian raised his voice above the collected sounds of backpacks zipping, shoes scuffing, conversation swelling and general end of day chaos.
“Yes, Mr. Mitchell,” the kid called back over his shoulder.
“No extensions. No excuses!” No one acknowledged his words, but he said them anyway.

Desert Bound (Cambio Springs) by Elizabeth Hunter
Vintage by David Baker
Sicilian Slaughter by Don Pendleton, Jim Peterson
Seeing is Believing by Sasha L. Miller
Escape In You by Schurig, Rachel
wicked witches 06.9 - you only witch once by lee, amanda m
Sycamore (Near-Future Dystopia) by Falconer, Craig A.
Cry of the Taniwha by Des Hunt
The Pink Flamingo Murders by Elaine Viets
Their Christmas Bride by Vanessa Vale
Our partner