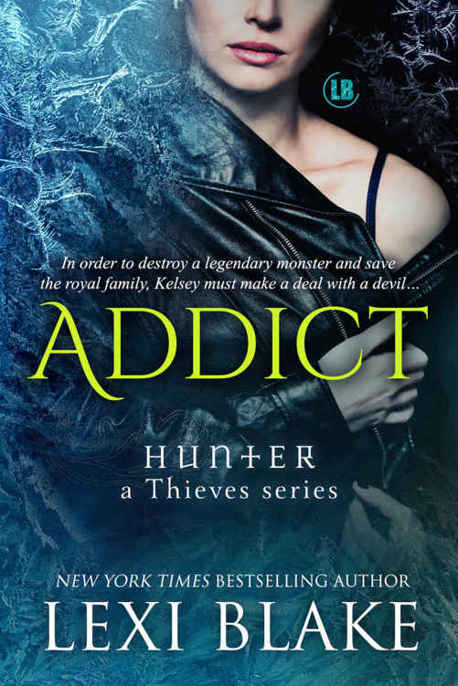 and be entered to win a $25 gift certificate

to the bookseller of your choice.

There's a new contest every month!

An excerpt from Master No, Now Available!

My uncle sat across from me in the limo that drove us toward the downtown Dallas building that housed the Council. It was a massive, modern building and it was going to be my new home.

“Thank you. I think it’s the bangs.” I sat back in the plush seat. The stylist at the salon in Venice had assured me that the bangs softened my face. I was getting used to seeing the world through a fringe of brown hair. Bangs notwithstanding, I was sure I did look better than the last time Zack had seen me. It wouldn’t take much. It had been three months before and I’d been pretty messed up. The last time I’d seen my uncle, I’d been covered in blood, and a whole lot of it had been mine.

It had been the night I’d discovered I wasn’t what I thought I’d been. I’d spent the first twenty-six years of my life in the false belief that I was human. That night three months before had taught me I was something different and given me an entirely new family. Some of them, like Zack and little Lee Donovan-Quinn, were awesome, and some, like the King of all Vampire, were a major pain in my ass.

Zack Owens had been on my doorstep a full thirty minutes before I’d been told to expect him. Luckily, I’d gotten up early. I was still on Italian time. It would be days before my body rearranged my internal clock, or so my boyfriend told me. We’d taken an overnight flight from Venice two days before I was supposed to report to the king. I’d taken the time to pack up my small house and get things ready for life in the Council’s compound.

“Italy agreed with you.” My uncle was an attractive man who looked to be in his mid-twenties. He was dressed casually, but for him that meant a pair of tailored slacks and a cashmere sweater. He was eight years older than me, but he looked my age or younger. Zachary Owens is a werewolf and the servant of the king of the supernatural world. His master is a vampire named Daniel Donovan, and serving him is apparently the family business. I’m the king’s death machine.

My proper title is
Nex Apparatus
. It’s the title held traditionally by a vampire, but I’m not a vampire. I’m something even rarer. I’m a Hunter, the love child of a lone wolf and a human. I was born with the spirit of a wolf in my body, but without the wolf’s aversion to silver, nor am I tied to the cycles of the moon. According to the King of all Vampire, I was born to track and kill demons on the Earth plane. The king wanted to change the title of the office I held to something a bit more innocuous. He, himself, had been the
Nex Apparatus
at one time and I was sure he would prefer to pretend he wasn’t forcing another person into the role he’d hated. He wanted me to refer to myself as sheriff.

It had been months since I last saw the king, and I was a bit nervous at the thought of our reunion. We hadn’t parted on good terms. I’d shot him the bird and promptly run as fast as I could away from him. Despite the fact that I’d been ordered to wait in my well-appointed jail cell for the king’s chosen trainee, I’d run off with Marcus Vorenus. My trainer was in a small feud with Donovan and his partner, Devinshea Quinn. Marcus and I had run all the way to Venice where we’d set up house and he’d begun my formal Hunter training. It might not have been wholly Council approved, but it had proven effective.

Training will do that for you. So will really amazing sex with a hot Italian. “I suppose I am. I’m much more in control.”

Zack leaned forward, and for a second I thought he would reach out and touch me. Werewolves tend to be tactile creatures, especially with their families. I smelled like his long-lost brother. It would most likely be comforting to Zack to be able to touch me. My uncle hesitated and then moved on to more business. “Your rooms are ready. I think you’ll like them. We set up everything according to Marcus’s specifications, right down to the type of towels you prefer. Marcus seemed very thorough.”

I wasn’t particular. If a towel was fairly clean, it worked for me, but Marcus believed in having the best of everything. Apparently when you’re a billionaire you don’t settle for hand-me-down towels.

“Is this really necessary? I have a perfectly good house.”

Zack had picked me up at my small suburban house. It wasn’t anything special, and my hot Italian boyfriend had commented on the need for additional space and a maid. But it was mine and I was comfortable in it. The thought of being forced to live in the Council’s compound made me anxious. It pointed out the fact that I was still basically on probation. A Hunter is considered a dangerous creature in the supernatural world. The training process can take years. I’d finished the initial three-month schooling in mental discipline and I felt perfectly in control in a way I never had before. Long hours of focused concentration and working on emotional honesty and balance had given me self-confidence. Yeah, I hadn’t really had that before. I usually sought confidence in the bottom of a tequila bottle.

The werewolf shrugged. “I think you’re stuck with us for a while, Kelsey. It won’t be so bad. The building is actually really nice. I’ve lived there for years. Once you’ve convinced the king you have control, he’ll let up.” He cocked a curious eyebrow. “We were informed that you weren’t coming back alone.”

I smiled brilliantly, thinking of my gorgeous hunk of man. “I’m not. If the king is going to force me to live in the building, then he should be prepared to house my boyfriend, too.”

Boyfriend wasn’t exactly the term Marcus preferred, but I wasn’t going to call him master anywhere but in the comfort of our bedroom, or when it was absolutely necessary in terms of vampire tradition.

“What’s his name, Kelsey?” Uncle Zack asked with an indulgent smile. “You’re having dinner with me and Lisa and Courtney tomorrow night, so I’d like to be able to give my wife a name. She’s excited about meeting you finally and meeting your intriguing European boyfriend. I’d also like to be prepared for how horribly my daughter will mangle his name.”

My face fell and Zack suddenly frowned my way.

It seemed like it should be obvious to everyone that Marcus and I had become lovers. It had been practically inevitable. Our mental connection had led to a close friendship that had finally become a physical desire I couldn’t walk away from. In my understanding, it was a typical relationship between trainer and Hunter. It wasn’t a grand love. It was more of an infinitely warm and comfortable friendship. I was thrilled daily to wake up next to him and have his strength at my call. I’d gotten so used to being physically near the vampire that it felt odd to kiss his sleeping form good-bye when I’d left with Zack. It felt strange to not have him close, but I was determined to prove how far I’d come not only for myself, but for Marcus as well. It was a testament to my progress that I was able to admit I wanted to make him proud.

Zack shook his head. “No one told me his name, Kelsey. Marcus’s assistant mentioned we should be prepared for two people, but she didn’t mention your boyfriend’s name and you haven’t mentioned him either. He must have high standards because the list of necessary household items Marcus faxed over made Dev’s eyes widen, and Dev doesn’t consider much expensive. He’s had workers renovating your apartments for weeks.”

Lucia must have thought it was obvious as well, or she likely would have mentioned it to Zack. Marcus’s assistant had been in charge of our travel plans. The beautiful twenty-four-year-old Italian had traveled with us. She was coming to America as a mail-order girlfriend. Marcus had promised a vampire named Michael House a girl of his own, and Marcus always kept his promises. The lovely dark-haired woman and I had become friends. She was the first female friend I’d made entirely on my own. I tried not to think of Liv Carey, since I didn’t consider her a friend any longer. She’d sold me out to Donovan. I was still finding it difficult to forgive both her and my brother, Nathan. Marcus thought I should, but it was the one thing I was proving to be stubborn about.

“I suppose it will have to be a surprise.” I attempted a smile I didn’t feel.

If Marcus didn’t want them to know he was coming, then I wouldn’t tell them. My loyalty was first and foremost to my lover, but I wasn’t sure how Marcus intended to keep it a secret. The plan was for both of us to move into the building later in the day. We’d discussed our living arrangements on our plane trip back from Venice. Marcus was supposed to be waiting in our rooms after my training was finished for the day. I was counting on it. I panicked at the thought of Marcus lying to me. He’d only really promised me the three months of training. Maybe this was his way of easing out of the relationship. Maybe he would dump me on the Council and go back to his cushy life in Venice.

“I have all the paperwork finished,” Zack told me. “All you have to do is fill in his name. Marcus explained to the king that it would be best if you had a lover. Something about having a physical outlet. I don’t understand all this Hunter and trainer stuff, but I did get that Marcus thought you should be…close with someone.”

I nodded. It was a slightly embarrassing conversation to have with one’s uncle, but werewolf society isn’t as inhibited as human society. They’re more open about these things. “I’ve been told I should try to keep a lover with me most of the time. It’s easy for me to slip back into emotional distance if I don’t have an…anchor, I guess. It’s the lone wolf part of me. Apparently the wolf half of me prefers to push away as many people as possible. Being really intimate with someone helps to ignore the impulse.”

It was true. I was growing to accept the emotional part of myself. I tried to ignore it but that became impossible when someone else felt my emotions and forced me to acknowledge them. Marcus wouldn’t allow me to pretend they didn’t exist and he wouldn’t let me shove them down.