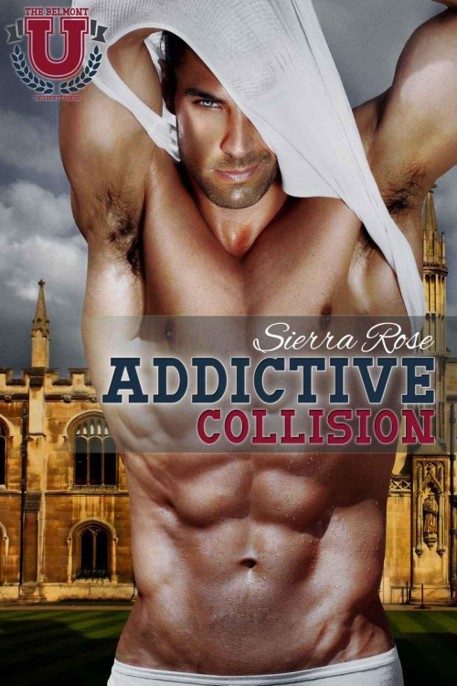 All rights reserved. No part of this publication may be reproduced, stored in or introduced into a retrieval system, or transmitted, in any form, or by any means (electronic, mechanical, photocopying, recording, or otherwise) without the prior written permission of both the copyright owner and the above publisher of this book. This is a work of fiction. Names, characters, places, brands, media, and incidents are either the product of the author’s imagination or are used fictitiously. The author acknowledges the trademarked status and trademark owners of various products referenced in this work of fiction, which have been used without permission. The publication/use of these trademarks is not authorized, associated with, or sponsored by the trademark owners.

Cover Art by Kellie Dennis at Book Cover by Design

I would like to thank, Autumn Conley, my awesome editor, for her contributions to this book, including "
Drink
," a beautiful poem she wrote from the heart, when she, herself was experiencing emotions similar to those Morgan feels for Foster.

Short blurb: A woman must travel around the globe with her despicable ex in order to get her hands on her inheritance.

Longer blurb: Ashly Roberts and Jake Connors are barely twenty when they decide to take the proverbial plunge and walk down the aisle to exchange vows in front of the dearly beloved. Basking in bridal bliss, Ashly feels she is living the perfect fairytale, until she’s faced with a runaway groom, dumped at the altar by bad-boy fiancé, Jake Connors.

He realizes that being a no-show for their nuptials was the worst mistake of his life. A little older and more mature, he is ready to fight for Ashly’s love once again. When Ashly sees him, she can’t deny the attraction she feels, but her hormones are overruled by the horror of what he did to her in the past. Nevertheless, Jake’s most potent weapon, those dazzling baby blues, ignites a spark in Ashly, no matter how angry she wants to be. She cannot deny the spark, and she only hopes the inferno it ignites will not consume her heart again.

T
he Belmont University Series is based on the lives of six best friends who all attend college.
Addictive Collision
tells the story of twenty-three-year-old Morgan Tyler, who works as a receptionist at Belmont University and also takes classes on the side. She journeys through the pain of being trapped in a sexless marriage. Tired of having a roommate for a husband, she explores her options. Should she stay in the confines of her unhappy marriage or make the painful decision to leave? As she debates what direction her life should take, sparks begin to fly with a hot, hunky mailman named Foster. Is it time to move on with her life, or should Morgan fight for the man who is ignoring her?

A different story. A Different couple.

He Doesn’t Remember Sleeping With Me

Paid To Break His Heart

“We must be willing to let go of the life we have planned so as to have the life that is waiting for us.”

I
t was funny, I guess, though not really. I got married so I’d have a partner in life, so I wouldn’t be lonely. Little did I know that wedlock would offer no protection from the dangers of loneliness. We planned the most wonderful life together, but then, little by little, we grew apart. In the bedroom, we became more and more distant, until the lovemaking became just sex and then the sex just stopped altogether. My marriage to Tom just wasn’t the fairytale I’d always dreamt about.

There was no drama, no fighting, and from the outside, it looked like a good, solid marriage. We’d been together for years, but the spark that had initially drawn us to each other had definitely fizzled out. Our relationship was missing a major component, something most people are embarrassed to talk about. It had become a sexless marriage, with a bed so cold we could have built an igloo on it. The thought of sliding helplessly into celibacy made me shudder, but there was little I could do about it. It wasn’t just the lack of sex; more so, it was the manifestation of other underlying problems, an indicator that something was seriously wrong. No one gets married in the hopes of having a roommate, of ending up like “brothers in a hotel bed,” like that song says. I wondered if our empty relationship was doomed, and I wasn’t sure it could even be fixed. For all I knew, we’d crossed the point of no return.

To those outside my home and my head, I appeared to be the all-American girl, living the American Dream. I was twenty-three. I had a smart, attractive husband and two wonderful twins, little angels with blonde hair and green eyes like mine. They’d just turned seven, and I couldn’t have been more proud of them. We had a beautiful 3,000-square-foot house in a good neighborhood, with the most immaculate yard, complete with Mommy’s minivan and Daddy’s SUV parked right in front. I’d never seen myself as the minivan kind of mom, but in time, I fell right into the role, and I loved it. I even plastered my van with the cliché “My Daughter is an Honor Roll Student” and pink breast cancer awareness bumper stickers. Truly, my husband and kids were my life.

I never missed a PTA meeting, I cooked dinner every night, and I still managed to hold down a full-time job as a receptionist at Belmont University. I even started to take classes on the side so I could slowly earn my degree, even though I had no idea what I wanted to major in. I started with the basics, like English 101. I also took algebra, which was taught by my husband. Tom was a well-respected professor at the university, and all the faculty and students adored him.

We lived in a great neighborhood, with one of the finest elementary schools, surrounded by wonderful neighbors. We had a golden retriever named Harvey, a perfect pet who never peed inside the house or made a chew toy out of Tom’s slippers. We took amazing vacations and had plenty of loyal, fun-loving friends, as well as the newest model of every possible gadget. Everyone thought we were the perfect couple, but we both knew that was just a façade.

I stared down at the family portrait in my hands. We sure did look happy in that picture, but behind those fake smiles, behind that act of a happy marriage, I was dying on the inside. That picture was worth a thousand words, but not the words everyone else would think of. Deep down, I felt undesirable, unattractive, and unwanted by my husband. It wasn’t just a dry spell; it was the freaking Sahara, a desert with no oasis in my foreseeable future. I didn’t really talk to anyone about my secret pain, the heart-crushing loneliness that was devouring me. Tom had stopped paying any attention to me long before that photo was even taken, leaving me filled with nothing but anger, sadness, and loneliness. Our relationship had derailed, and I wasn’t sure we could get back on track. I couldn’t have been more hurt, bitter, and devastated.

I tossed the picture back on my nightstand, hurriedly got dressed and fed everyone some breakfast, dropped the kids off at school, then drove to work. As I started to make the walk to the building at the university, rain began to pour down on me, as if Mother Nature was trying to remind me of just how miserable I felt on the inside. By the time I got to the sidewalk, my clothes were soaked, and my hair was dripping wet.
Great. Just freakin’ great.
Unhappiness reared its ugly head again, ruining what might have been a better day. I hated the fact that my husband had put me on an involuntary sex diet; I had become anorsexic, and I didn’t like it one bit. Anorsexic. Did I just make that word up? I guess I did, but that’s how I felt. I needed and craved intimacy, longed to be loved emotionally and physically. I needed him to need me, heart, mind, body, and soul. The more I contemplated my life, standing in that miserable downpour, the more I worked myself into a frenzy.

I was so angry about the state of my marriage. I was angry at myself and at him.
Why is he the way he is? How can he just accept the way things are? I’ve tried everything, and nothing works. Why? Is it me? Am I really that unattractive, that undesirable? Damn it. Why didn’t I see this sooner, try to do something then? I’m only twenty-three though. What could be so wrong with me?
I also had to ponder why I was staying in my marriage at all.
Am I letting fear make my decisions? If I stay with Tom, will I have to spend the rest of my life feeling like this? Maybe it’s just too much stress, with work, the kids, and other life demands.
I didn’t know what to do about it, but I was drowning in emotional pain and confusion, and it was eating me alive. I felt broken and worthless, as if my heart had shattered and all the air had been sucked right out of me.