Adrian's Undead Diary (Book 6): In the Arms of Family 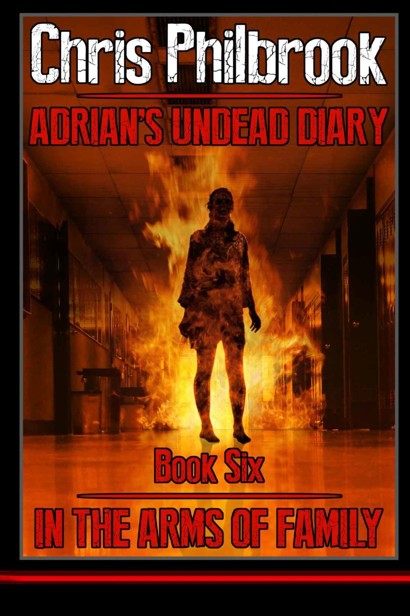 Adrian’s Undead Diary: In the Arms of Family
Copyright © 2012 Christopher Philbrook
All rights reserved. No part of this book may be reproduced or transmitted in any form or by any means, electronic or mechanical, including photocopying, recording, or any information storage and retrieval system, without prior written permission of the author. Your support of author’s rights is appreciated.
Published in the United States of America

All characters in this compilation are fictitious. Any resemblance to actual persons, living or dead, is purely coincidental.
Cover design and interior layout by Alan MacRaffen

Nothing in this world can take the place of persistence. Talent will not; nothing is more common than unsuccessful people with talent. Genius will not; unrewarded genius is almost a proverb. Education will not; the world is full of educated derelicts.
Persistence and determination alone are omnipotent.

The slogan "press on" has solved and always will solve the problems of the human race.

Book One: Wrath of the Orphans

Book Two: The Motive for Massacre

Book Three: The Echoes of Sin

Tesser: A Dragon Among Us

Book Six: In the Arms of Family

At Least He’s Not On Fire:

A Tour of the Things That Escape My Head 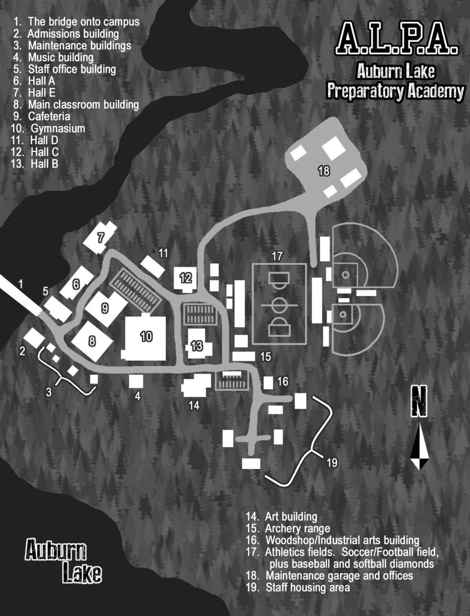 Under the Moroccan Sun

I feel compelled to write something. I know it won’t help me sleep. Bad news always keeps me up late.

I need a minute.

That took more than a minute. I suspect it’ll take much longer than that to digest this.

Abby told me Gilbert asked her to shoot him last night, and she’s spent all day today getting his things in order, and building up the nuts to tell me. She was afraid I’d kill her.

Gilbert had been manipulated. The dark voice in The Lacuna had taken his wife, and held her soul to blackmail him. The Voice had tried to get him to fuck me over.

Not us, not the school, not humanity, not anyone else but me. Me, and me alone.

The Devil has me marked for elimination. And he’s using those I love and care about to get at me. I should be scared. Old Scratch is after Adrian.

Of course, I’ve heard the Devil punishes sinners, and if he’s this hot for me, then maybe I am the King of all sinners. Hell’s most wanted.

I’m very much afraid for the people around me. I am afraid they will be killed strictly due to their proximity to me, and that's not fair to them.

Collateral damage, so to speak. Gilbert, Gavin, Maddison, Charles, Randy, Larry, Candace, Jeff Daniels, Cassie, Steve, and a hundred other people that have come near me. All dead.

No matter how hard I try to keep people safe they keep dying. Now with the revelation in the wake of Gilbert’s self sacrifice, I am wondering if they would still be alive if I wasn’t part of the picture.

Maybe instead of trying to bring people to me to keep them safe, I should be leaving here, and dragging the despair and death that seem to be following in my wake? Maybe that’s the best thing I can do to save people now?

Remove myself from the equation.

I just woke up.

I had a dream in The White Room. It’s been a very long time since I saw the inside of that place, and it was very refreshing to see it again. I've been very off for days, and I think you know why.

The round table was bare, no sword, no book, and no weird religious symbol this time. I came to in the dream sitting at one of the small, simple chairs at the table, and seated with me were two other people. I recognized them.

Across the table and to my right side was Gavin, and he was all smiles. I can’t know for sure, but he looked really… pleased.

Across the table and to my left was Gilbert, and his smile was twice as mischievous, and three times as wide. I had my breath caught in my throat, like I was about to cry.

The two men, one old, one young sat there looking at me for some time, waiting for me to say something. I don’t know why I didn’t say anything, but I just sat there with them, sort of in awe of what was going on. My two guys, back and in The White Room.

I woke up after Gilbert said a single sentence to me. It was all I had to hear to be honest. I could't have kept sleeping even if I wanted to, my heart was going so fast.

He reached across the table and rested one of his hands on mine, and gave it a squeeze with his liver spotted hands. It felt good. Familiar, affectionate, and strong.

He smiled at me once more, and then looked to Gavin and back. He gave me a wink, and then he spoke.

I woke up almost immediately in my bedroom with Mallory next to me. I smiled, and said this loud enough to wake her up.

I am beginning to understand things more and more. I’m not exactly happy with the details, but I think that’s the point. Part of the point, to be more specific.

I cannot explain to you how hollow, empty and alone I feel with Gilbert dead. It’s like the wound of Cassie’s death was ripped open fresh once more and left bare to get infected all over again. I was just getting over the loss of her, and now Gilbert dies. Not just dies, but goes out in a ball of flame with the assistance of Abby.

And the icing. Well, that’s just a big fat layer of, “It turns out the lone man you invested trust in was working for evil the whole time.”

But it’s not that simple. It’s never simple anymore. Gilbert had been blackmailed, manipulated, and forced to try and fuck me over. But he balked. He didn’t always do what the evil voice said, and he paid a price for it. His conscience was destroyed, his integrity damaged, and his love for us was sullied by the deeds he was forced to do.

As one of his final acts, he asked Abby to kill him. He removed himself from the equation so evil couldn’t use him against me. Against us. Against humanity.

Gilbert left a set of notes with Abby with specific instructions as to how they were to be handed out, or presented to us. Patty got one, I got one, and Abby got several. Gilbert had a very specific plan for the people left in his wake, and as far as I have been able to put it together, he had a plan to fuck the Devil all along.

Too Good to Be True: The Colossal Book of Urban Legends by Jan Harold Harold Brunvand
Come to Me by Megan Derr
Love Off-Limits by Whitney Lyles
Suzanne Robinson by Lady Dangerous
3 Straight by the Rules by Michelle Scott
Forty 2 Days (The Billionaire Banker) by Le Carre, Georgia
High Mountains Rising by Richard A. Straw
Daisy's Wars by Meg Henderson
T.J. and the Cup Run by Theo Walcott
The Wicked Boy by Kate Summerscale
Our partner