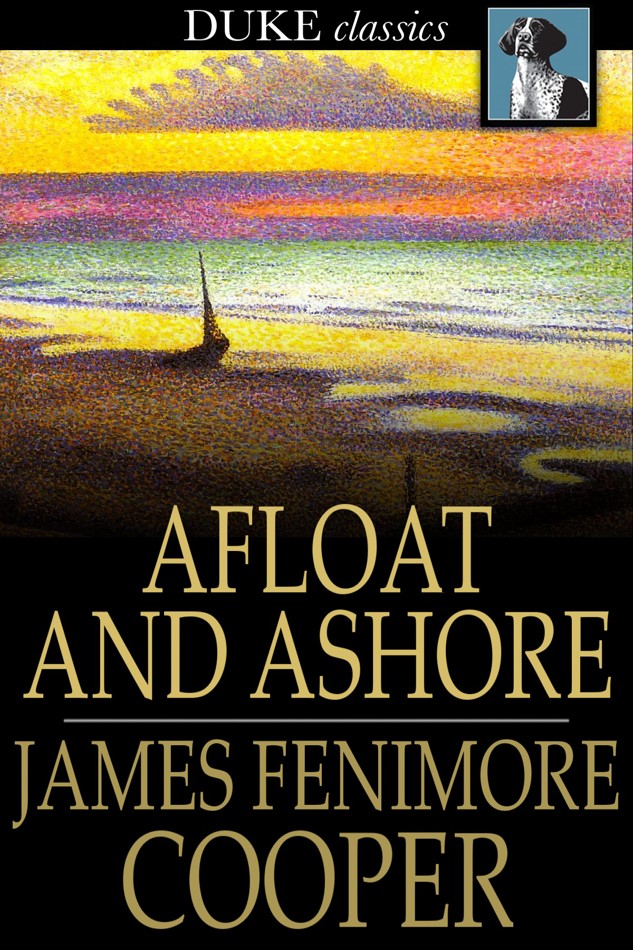 The writer has published so much truth which the world has insisted
was fiction, and so much fiction which has been received as truth,
that, in the present instance, he is resolved to say nothing on the
subject. Each of his readers is at liberty to believe just as much, or
as little, of the matter here laid before him, or her, as may suit
his, or her notions, prejudices, knowledge of the world, or
ignorance. If anybody is disposed to swear he knows precisely where
Clawbonny is, that he was well acquainted with old Mr. Hardinge, nay,
has often heard him preach—let him make his affidavit, in
welcome. Should he get a little wide of the mark, it will not be the
first document of that nature, which has possessed the same weakness.

It is possible that certain captious persons may be disposed to
inquire into the
cui bono?
of such a book. The answer is
this. Everything which can convey to the human mind distinct and
accurate impressions of events, social facts, professional
peculiarities, or past history, whether of the higher or more familiar
character, is of use. All that is necessary is, that the pictures
should be true to nature, if not absolutely drawn from living
sitters. The knowledge we gain by our looser reading, often becomes
serviceable in modes and manners little anticipated in the moments
when it is acquired.

Perhaps the greater portion of all our peculiar opinions have their
foundation in prejudices. These prejudices are produced in consequence
of its being out of the power of any one man to see, or know, every
thing. The most favoured mortal must receive far more than half of all
that he learns on his faith in others; and it may aid those who can
never be placed in positions to judge for themselves of certain phases
of men and things, to get pictures of the same, drawn in a way to give
them nearer views than they might otherwise obtain. This is the
greatest benefit of all light literature in general, it being possible
to render that which is purely fictitious even more useful than that
which is strictly true, by avoiding extravagancies, by pourtraying
with fidelity, and, as our friend Marble might say, by "generalizing"
with discretion.

This country has undergone many important changes since the
commencement of the present century. Some of these changes have been
for the better; others, we think out of all question, for the
worse. The last is a fact that can be known to the generation which is
coming into life, by report only, and these pages may possibly throw
some little light on both points, in representing things as they
were. The population of the republic is probably something more than
eighteen millions and a half to-day; in the year of our Lord one
thousand eight hundred, it was but a little more than five
millions. In 1800, the population of New-York was somewhat less than
six hundred thousand souls; to-day it is probably a little less than
two millions seven hundred thousand souls. In 1800, the town of
New-York had sixty thousand inhabitants, whereas, including Brooklyn
and Williamsburg, which then virtually had no existence, it must have
at this moment quite four hundred thousand. These are prodigious
numerical changes, that have produced changes of another
sort. Although an increase of numbers does not necessarily infer an
increase of high civilization, it reasonably leads to the expectation
of great melioration in the commoner comforts. Such has been the
result, and to those familiar with facts as they now exist, the
difference will probably be apparent in these pages.

Although the moral changes in American society have not kept even pace
with those that are purely physical, many that are essential have
nevertheless occurred. Of all the British possessions on this
continent, New-York, after its conquest from the Dutch, received most
of the social organization of the mother country. Under the Dutch,
even, it had some of these characteristic peculiarities, in its
patroons; the lords of the manor of the New Netherlands. Some of the
southern colonies, it is true, had their caciques and other
semi-feudal, and semi-savage noblesse, but the system was of short
continuance; the peculiarities of that section of the country, arising
principally from the existence of domestic slavery, on an extended
scale. With New-York it was different. A conquered colony, the mother
country left the impression of its own institutions more deeply
engraved than on any of the settlements that were commenced by grants
to proprietors, or under charters from the crown. It was strictly a
royal colony, and so continued to be, down to the hour of
separation. The social consequences of this state of things were to be
traced in her habits unlit the current of immigration became so
strong, as to bring with it those that were conflicting, if not
absolutely antagonist. The influence of these two sources of thought
is still obvious to the reflecting, giving rise to a double set of
social opinions; one of which bears all the characteristics of its New
England and puritanical origin, while the other may be said to come of
the usages and notions of the Middle States, proper.

This is said in anticipation of certain strictures that will be likely
to follow some of the incidents of our story, it not being always
deemed an essential in an American critic, that he should understand
his subject. Too many of them, indeed, justify the retort of the man
who derided the claims to knowledge of life, set up by a neighbour,
that "had been to meetin' and had been to mill." We can all obtain
some notions of the portion of a subject that is placed immediately
before our eyes; the difficulty is to understand that which we have no
means of studying.

On the subject of the nautical incidents of this book, we have
endeavoured to be as exact as our authorities will allow. We are fully
aware of the importance of writing what the world thinks, rather than
what is true, and are not conscious of any very palpable errors of
this nature.

It is no more than fair to apprize the reader, that our tale is not
completed in the First Part, or the volumes that are now published.
This, the plan of the book would not permit: but we can promise those
who may feel any interest in the subject, that the season shall not
pass away, so far as it may depend on ourselves, without bringing the
narrative to a close. Poor Captain Wallingford is now in his
sixty-fifth year, and is naturally desirous of not being hung up long
on the tenter-hooks of expectation, so near the close of life. The
old gentleman having seen much and suffered much, is entitled to end
his days in peace. In this mutual frame of mind between the principal,
and his editors, the public shall have no cause to complain of
unnecessary delay, whatever may be its rights of the same nature on
other subjects.

The author—perhaps editor would be the better word—does not feel
himself responsible for all the notions advanced by the hero of this
tale, and it may be as well to say as much. That one born in the
Revolution should think differently from the men of the present day,
in a hundred things, is to be expected. It is in just this difference
of opinion, that the lessons of the book are to be found.

"And I—my joy of life is fled,
My spirit's power, my bosom's glow;
The raven locks that grac'd my head,
Wave in a wreath of snow!
And where the star of youth arose,
I deem'd life's lingering ray should close,
And those lov'd trees my tomb o'ershade,
Beneath whose arching bowers my childhood play'd."
MRS. HEMANS.

I was born in a valley not very remote from the sea. My father had
been a sailor in youth, and some of my earliest recollections are
connected with the history of his adventures, and the recollections
they excited. He had been a boy in the war of the revolution, and had
seen some service in the shipping of that period. Among other scenes
he witnessed, he had been on board the Trumbull, in her action with
the Watt—the hardest-fought naval combat of that war—and he
particularly delighted in relating its incidents. He had been wounded
in the battle, and bore the marks of the injury, in a scar that
slightly disfigured a face, that, without this blemish, would have
been singularly handsome. My mother, after my poor father's death,
always spoke of even this scar as a beauty spot. Agreeably to my own
recollections, the mark scarcely deserved that commendation, as it
gave one side of the face a grim and fierce appearance, particularly
when its owner was displeased.

My father died on the farm on which he was born, and which descended
to him from his great-grandfather, an English emigrant that had
purchased it of the Dutch colonist who had originally cleared it from
the woods. The place was called Clawbonny, which some said was good
Dutch others bad Dutch; and, now and then, a person ventured a
conjecture that it might be Indian. Bonny it was, in one sense at
least, for a lovelier farm there is not on the whole of the wide
surface of the Empire State. What does not always happen in this
wicked, world, it was as good as it was handsome. It consisted of
three hundred and seventy-two acres of first-rate land, either arable,
or of rich river bottom in meadows, and of more than a hundred of
rocky mountain side, that was very tolerably covered with wood. The
first of our family who owned the place had built a substantial
one-story stone house, that bears the date of 1707 on one of its
gables; and to which each of his successors had added a little, until
the whole structure got to resemble a cluster of cottages thrown
together without the least attention to order or regularity. There
were a porch, a front door, and a lawn, however; the latter containing
half a dozen acres of a soil as black as one's hat, and nourishing
eight or ten elms that were scattered about, as if their seeds had
been sown broad-cast. In addition to the trees, and a suitable
garniture of shrubbery, this lawn was coated with a sward that, in the
proper seasons, rivalled all I have read, or imagined, of the emerald
and shorn slopes of the Swiss valleys.

Clawbonny, while it had all the appearance of being the residence of
an affluent agriculturist, had none of the pretension of these later
times. The house had an air of substantial comfort without, an
appearance that its interior in no manner contradicted. The
ceilings, were low, it is true, nor were the rooms particularly large;
but the latter were warm in winter, cool in summer and tidy, neat and
respectable all the year round. Both the parlours had carpets, as had
the passages and all the better bed-rooms; and there were an
old-fashioned chintz settee, well stuffed and cushioned, and curtains
in the "big parlour," as we called the best apartment,—the pretending
name of drawing-room not having reached our valley as far back as the
year 1796, or that in which my recollections of the place, as it then
existed, are the most vivid and distinct.

Card Sharks by Liz Maverick
Timothy 01: Timothy by Mark Tufo
Murder on the Leviathan by Boris Akunin
What of Terry Conniston? by Brian Garfield
The Ocean at the End of the Lane by Neil Gaiman
A Village in Jeopardy (Turnham Malpas 16) by Shaw, Rebecca
Powerful Awakening [L.U.S.T. 2] (Siren Publishing Ménage Everlasting) by Tonya Ramagos
Captured Sun by Shari Richardson
Harvest of Gold by Tessa Afshar
When Michael Met Mina by Randa Abdel-Fattah
Our partner