Read After the Scrum Online 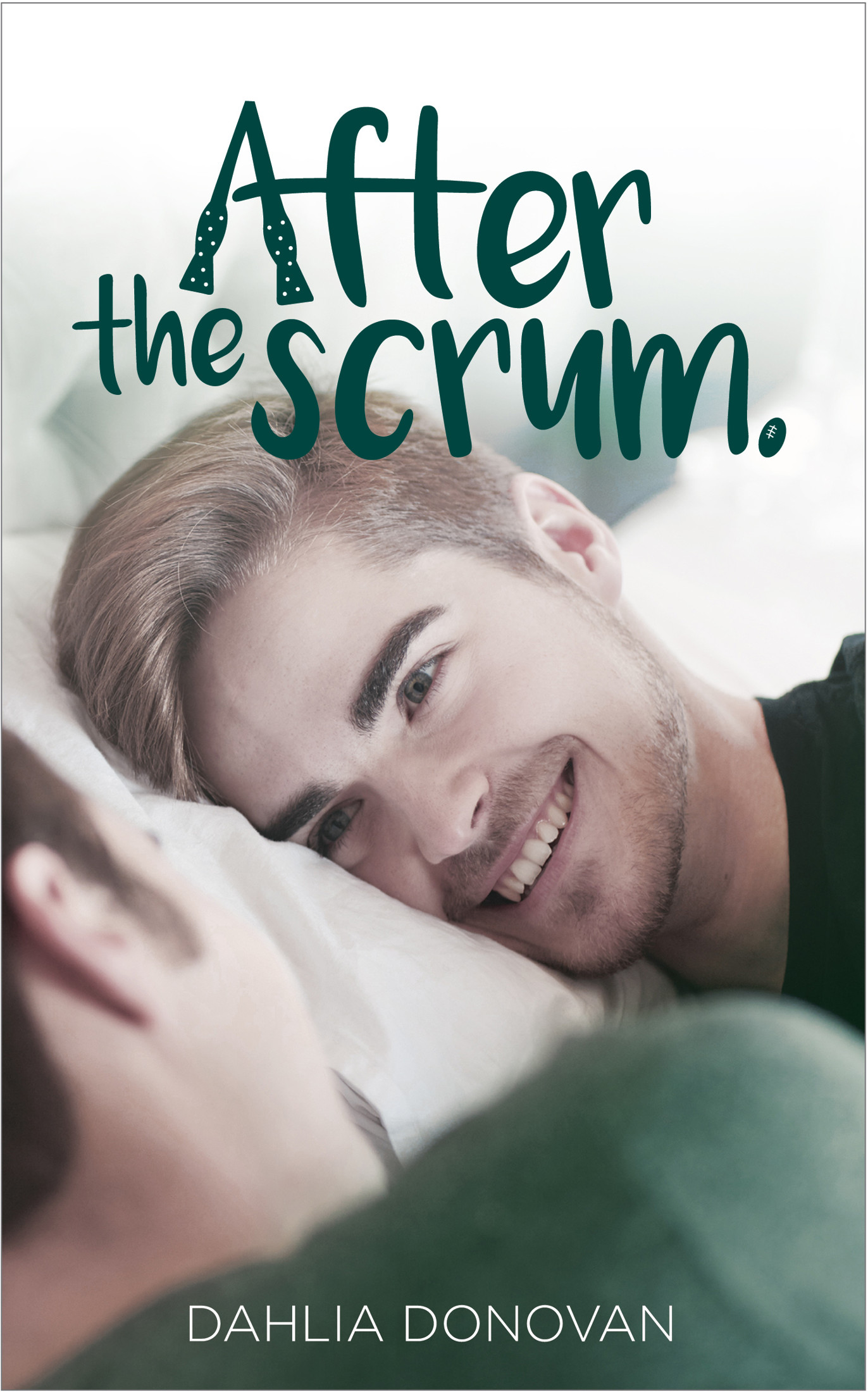 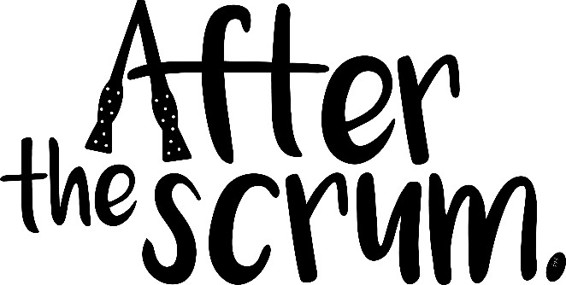 After the Scrum
© 2016 by Dahlia Donovan

All rights reserved. No part of this book may be used or reproduced in any written, electronic, recorded, or photocopied format without the express permission from the author or publisher as allowed under the terms and conditions with which it was purchased or as strictly permitted by applicable copyright law. Any unauthorized distribution, circulation or use of this text may be a direct infringement of the author's rights, and those responsible may be liable in law accordingly. Thank you for respecting the work of this author.

After the Scrum
is a work of fiction. All names, characters, events and places found therein are either from the author's imagination or used fictitiously. Any similarity to persons alive or dead, actual events, locations, or organizations is entirely coincidental and not intended by the author.

For all those struggling to be who they are in a world that isn’t often kind.

After the Scrum
is written in British English and has a colourful collection of colloquialisms and slang. Enjoy discovering some new and wonderful terms.

Frotting: Unexpected rubbing of your crotch against someone.

Narky: To get irritated.

Poncey: Someone who is pretentious or affected.

Prat: An idiot, but a less offensive term.

Scrum: A rugby term. An ordered formation of players used to restart play, in which the forwards of a team huddle together to gain possession of the ball.

Tosser: Slang. A person who masturbates. Used as an insult.

I'm retired. I am retired. I've retired. I'm a former rugby player. And I'm bloody talking to myself like a bloody moron. This is not a good sign.

Stretching his six-foot-one, bulky body, Caddock Stanford unfolded himself from his favourite leather recliner. He could no longer afford to pretend his career hadn't come to a painful end. The English national rugby union team no longer looked to the Brute for direction on the pitch.

For almost eight years, Caddock had been the star on the front line of the scrum. He'd been playing since he was a lad, since his hands were first big enough to hold a ball. Nicknamed "the Brute" for his total lack of fear and his raw power when ploughing through the other side, he'd led his lads to victory an impressive number of times on the national team.

Only a few days before his fortieth birthday, Caddock had suffered one tragic loss after another. It started with news of his younger brother, Hadrian, dying in a tragic accident while scuba diving. Haddy had been a marine biologist—and a father of one bright four-year-old boy.

So many lives changed in one instant. Caddock had experience as a
brilliant
uncle who spoiled little Devlin Stanford rotten. He'd never been a father, had no desire to be one. Yet now his nephew had become his sole responsibility.

As if his life hadn't been flipped on end enough, it had taken one hit to his knee in training before a World Cup game to bring his stellar career to an abrupt halt. The doctors believed the Brute would never enter a scrum again. They'd advised against him even attempting it.

The worst part of it all—his knee was fine. It didn't bother him at all 90 percent of the time. But the doctors feared another hit could render him crippled for life. His manager hadn't been prepared to take the risk.

Shouldn't it have been his decision? Caddock had argued pointlessly with anyone who would listen. He'd still found himself kicked out on his arse. Legends apparently had an expiration date, and his had come due.

The world moved on without him. No one had time for a former champion, no matter the number of titles behind his name. The Brute would be a faded legend mentioned in anecdotes by pundits, but nothing more. No amount of raging at the wind would change any of it.

Forty. Retired. And a father. Now what? The infernal question rolled around in his mind and kept him up late at night. Devlin deserved the best care one could provide. A moping mountain wouldn't do the lad a damn bit of good. He needed a restart—a scrum—to deal with life after rugby.

Starting towards the kitchen to make a coffee, Caddock sighed when a familiar voice called out, "Uncle Boo!" Since Devlin started to speak, he'd tried to teach the lad to call him Uncle Brute. It backfired spectacularly when he became a bastardized version of his own nickname.

"Uncle Boo.
Uncle Boo
. Uncle Boo." Devlin bounced into the kitchen clutching his favourite blue teddy to his chest. He'd clung to it as the last toy his father had given to him before his trip to the Great Barrier Reef. He waved the bear wildly, almost knocking himself over with his enthusiasm. "Blue wants bickies."

"Does he now?" Caddock crouched down to contemplate the bear seriously. "Custard or chocolate biscuits?"

"Choccy." His little nephew grabbed his hand to tug pointlessly at him, trying to drag him towards the cabinet where his favourite biscuits were hidden on a top shelf. They'd been moved up there when he discovered the little devil could climb just about anything. "Pwease?"

"Oh no, not the magic word." He lifted the boy up to sit on the counter. "Just one now. We're having tea and sandwiches in a mo."

"One." Caddock had learned to be firm when sad blue eyes peered up at him. Devlin could melt a bloody iceberg with his pout. "And a half."

Devlin gave him a wide toothy grin, though he was currently missing two of those teeth. He immediately shoved the entire half into his mouth. "Thank you!"

While his nephew munched on the promised biscuit, Caddock glanced around his cramped flat with a sigh. He'd been happy in his home as a single bachelor. It simply didn't work as well with a troublesome lad who seemed to come with three times the mess.

Never mind the rubbish schools in the area, his nosy neighbours, and the occasional visit from bored journalists on slow news days. They needed a change. A new start for both of them would be just the thing.

His dad wanted them to move closer to home in Sheffield.
Not a chance in hell.
He loved his parents dearly, but they seemed to think him incapable of tying his own shoes. They also differed greatly on the best way to raise a child.

Or at least, something his father believed to be a choice. They'd agreed to disagree, mostly to avoid upsetting his mother. She was the one little Devlin had inherited his sad eyes from.

Caddock had been at his wits end for weeks. He had so many things to consider. He'd finally decided to fulfil one of his lifelong dreams—owning his own pub. The dream of just about every retired rugby player he knew.

A former teammate ran a real estate agency in Cornwall. Caddock had called in a favour with him. After a month of searching, they'd found a quaint seaside village that fit the bill perfectly.

His mate had made it sound perfect for his purposes. It was on the small side with a relaxed, open community, with good schools and a pub available for purchase. He'd offered to purchase it and a nearby cottage instantly.