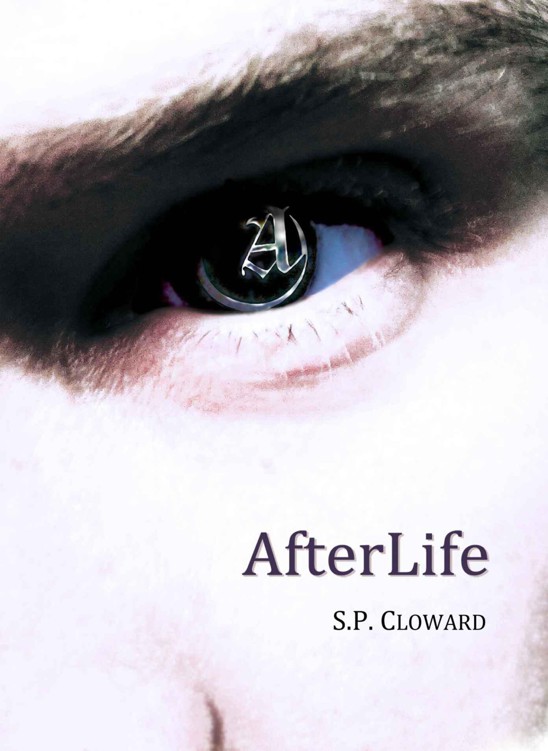 All the characters and events in this book are fictitious,
and any resemblance to actual persons, living or dead, is purely coincidental.

This ebook is licensed for your personal use only. This
ebook may not be re-sold or given away to other people. If you would like to
share this book with another person, please purchase an additional copy for
each person you share it with. If you are reading this book and did not
purchase it, or it was not purchased for your use only, then you should return
to Amazon.com and purchase your own copy. Thank you for respecting the author’s
work.

who
gave me a little bit of your life

so
I could tell this story.

This
one is for you.

“
N
ormally, I
don’t have time for something like this, and you would be thrown out,” the
senator said as he leaned back in his chair and unbuttoned his suit jacket. His
face held an expression of amusement. “However, you go right ahead and tell me
your crazy story. I happen to have a little extra time this morning, and I
could use a good laugh.”

“I guarantee, Senator, I’m not here to peddle fairy tales.”
Seth sat confidently in the chair on the opposite side of the desk. He was not
intimidated by this man’s pompous attitude. The senator was still unaware that
Seth was not only the superior man, he was also the superior species, and he
held the senator’s life in his hands. He could end it at any moment, if he
wanted. He might look as if he was fresh out of grad school, but in truth he
was more than three times the age of the salt-and-pepper-haired senator. “I can
also guarantee that you will come to see our time together as time well spent.”

Seth’s purpose was to give the man a small introduction to
the world of the living dead. Not the world that existed in fictional stories
of vampires, zombies, and other superstitious tales, but the truth that
inspired those stories. A truth that was more fantastic than fiction. A truth
that took time for the living to digest. Seth would have to explain it a little
at a time, idea upon idea, letting the senator absorb one fact before feeding
him another.

There was much the senator didn’t need to know. He didn’t
need to hear how ancient civilizations had worshipped the Mortuis as gods,
fearing them and serving their every need. He wouldn’t be told about the
occasional uprisings by the living that would devastate the Mortuis’ numbers
for a short time and end their rightful dominance. Those facts might prevent
him from doing what Seth wanted him to do. After all, Seth’s goal was to
restore that dominance, and right now he needed the senator.

What the senator had been told was that the Mortuis had been
around for millennia; that they were a human race resulting from a small
genetic evolution that occurred during the dawn of man and could now be found
in every civilization and every corner of the globe. He had explained that
Mortuis are born alive, but a premature death would prevent the soul from
severing from the body. This in turn prevented the Mortuis from becoming victim
to a full death. These were only the first small pieces of information he’d
revealed, but there was much more. Seth would be careful how and what he
revealed, though. His goal was manipulation, and he would control what
information the senator was given. After all, Seth was a master at both —
controlling information and manipulation.

“Please, call me Seth,” he said, interrupting the senator.

“Fine, Seth. Let’s pretend, for argument’s sake, that
everything you’ve just told me is fact. Let’s say there are dead people who
walk among us. Let me even suspend my disbelief that you yourself are one of
these Mortuis, as you call them. Are you telling me you can prove all this?”

“I can prove it right now, right here, if that’s what you
want, but there’s really no need,” Seth said. “You already know it’s the truth.
You living beings, or antemorts as we call you, have an instinctual knowledge
of our existence. Why do you think people are afraid to look into the eyes of
strangers, or avoid the gazes of those they pass? It comes from an intuitive
need to protect yourself from us.”

The senator leaned forward in his chair and a trail of
sunlight falling through the window lit his face. “If all this is true, I have
two questions for you. How will this information help me, and what do you
expect me to do with it?”

The corners of Seth’s mouth slowly rose to display a grin.

S
uffocating
heat was to be expected. The roof was really only usable in the spring and fall
due to the extreme weather conditions the rest of the year. Stepping off the
elevator, Wesley Lohmann climbed the final set of stairs to the access door and
a blast of hot air hit him in the face as he opened it. Looking around, he was
grateful to see the space deserted. The roof was set up for the enjoyment of
tenants and was equipped with several small barbecue grills and a couple wooden
picnic tables – but no one was enjoying it now. Mid-summer was much too hot. A
slight breeze broke through the high temperature, blowing the smell of cooling
tar from under Wes’s feet to his nose. He took a drink from the bottle he was
still holding, his second bottle of 190 proof Everclear – he was drinking to
numb his thoughts, not for pleasure – and walked to the low concrete wall that
ran around the top of the building.

The building, though smaller than those surrounding it, was
close enough to Lake Michigan to provide a narrow view of the water between two
taller buildings. Wes looked out at the lake, the setting sun at his back. He
loved sunsets. Climbing up onto the wall, he sat looking down at the cracked pavement
below. Yes, this building was tall enough for his needs.

He lifted the glass bottle to his lips to take another gulp,
placed it on the wall next to him, and then tried to pull his feet over to the
street side of the wall. As his leg came around it bumped the bottle, sending
it over the edge. He watched as the glass shattered on the hard surface below.
The remnants of his evening companion glistened in the glow of a nearby
streetlight as it combined with the light from the setting sun reflecting off
an adjacent building.

A sliver of rational thought returned. What was he doing?
This was stupid. Was he really considering suicide? Wes pulled his legs back
over the wall as carefully as he could in his inebriated state, and stepped
down onto the black surface of the rooftop. He needed an escape, but death was
not the answer. If his father’s death had taught him anything, it was that
death only resulted in more problems. He wanted only a temporary escape, not a
permanent one. He left the roof and made his way back to his apartment.

Stepping into the bathroom, Wes turned on the faucet and
watched as the cold water poured into the basin. Slowly, he splashed handfuls
of icy liquid on his face, repeating the action again and again. When he felt
he’d done it enough, he stood and stared at his reflection in the mirror above
the sink. What was wrong with him? He felt drained, tired, unimportant, and
insignificant. This wasn’t like him. His usual positive outlook and confidence
were gone.

Water dripped down his face as Wes tried to see himself as
others might see him. He knew he was considered a good-looking guy. His face
was kind of pale, not enough sun maybe, but he had good hair – light brown and
plenty of it. His eyes were a dark hazel – they were probably a little too
close together, and his nose was kind of crooked from a childhood accident.
Well, maybe not all that good looking, but he was athletic and in good shape.
He worked out at a gym in the neighborhood a few days a week.

One thing was true; he was smart and had always been told he
had an active imagination. He’d coupled those qualities with the good education
that had helped him land a great job. Okay, maybe it was just an entry-level
position with an architectural firm, but it was a well-known firm in the big
city of Chicago, and he was working hard to carve out a place for himself. He
knew the company considered him an asset and “one to watch.” Weren’t these
things important to women? Maybe he just didn’t have any social skills. Okay,
there was no maybe about it. Jezebel had gotten to him in a way no one else
ever had and he’d scared her away. What was he thinking? That someone could
actually care about him enough to stick around? He gave a bitter laugh. His own
family hadn’t done that.

Wes splashed a few more handfuls of water on his face,
turned off the faucet, and grabbed a towel to dry off. What he really needed
was to take his mind off Jez and how he was destined to spend another night
alone. He grabbed a new bottle of liquor out of the kitchen and rummaged
through the cupboard until he found the pills his doctor had given him when his
father died. Maybe they would help. Opening the bottle, he poured a few pills
into his palm and sat back down on the couch. This should help. He took a few
more than prescribed, but he needed a stronger effect than the suggested dose
would offer. The act itself was enough to make him happy, and he sat quietly
and let the blissful feeling of numbness take over.

Wes, drunk and already feeling the effects of the pills
looked at his caller ID. It was Jez. This was by far the most inconvenient time
for her to call. The universe must hate him.

“Hello?” He realized he was slurring his words and cleared
his throat.

“I haven’t heard from you in weeks.” His voice was still
slightly slurred.

“I know. I’ve been sort of preoccupied. There’s more to it
than that, though. Can we talk?”

“No, not over the phone. I’m actually close to your
building. Do you mind if I come over to see you?”

“Sure, come right up. I’ll leave the door unlocked.”

Wes sat for a minute with his eyes closed, thinking about
the conversation. It would be nice to finally talk things through with her. He
stumbled to the front door and unlocked it. He didn’t like that he would be
drunk when they talked. That was not how he pictured this going. He was feeling
very fuzzy and thought about the pills. Once his mind focused on the severity
of the situation, he stumbled toward the bathroom to expel the contents of his
stomach but fell before he could reach it.

His vision was blurry; he must have passed out. Wes stared
up at Jez, her black hair framing her face above him. His brain struggled to
process thought. She looked nervous. He felt himself slipping away, but she
kept slapping his face and telling him to open his eyes and look at her.
Echoing in his head, the meaning of her statement slowly processed through his
inebriated mind. Struggling against the weight of them, he forced his eyelids
open one last time. His eyes locked with Jez’s and he passed out again.