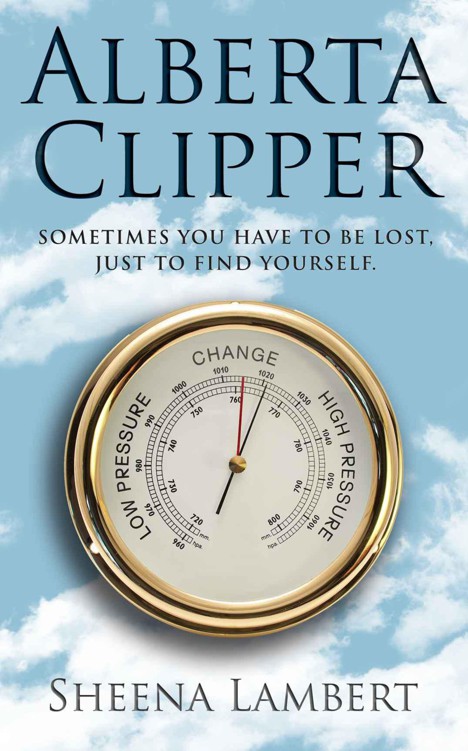 All rights reserved. No part of this publication may be reproduced, copied in any form or by any means, electronic, mechanical, photocopying, recording or otherwise transmitted without written permission from the publisher. You must not circulate this book in any format.

This book is licensed for your personal enjoyment only. This ebook may not be resold or given away to other people. If you would like to share this book with another person, please purchase an additional copy for each recipient. If you’re reading this book and did not purchase it, or it was not purchased for your use only, then please return to
Amazon
.com and purchase your own copy.

Thank you for respecting the work of this author.

Thank you to
my lovely family, friends and readers; to Vanessa O’Loughlin, Catherine Ryan Howard and Ankit AJ Jain; and to Helen Bovaird Ryan and all the Thursday night Pen to Paper writers.

Christine couldn't remember walking home, but here she was, at her apartment door, her legs tired and her eyes raw.  It must have been around three-thirty when she had made the decision to leave the office.  She'd been ensconced on a closed toilet seat in the ladies' washroom for probably forty minutes or so, when in a moment of clarity she had advised herself to get up and leave.  There was little point in hiding at her desk pretending to work, and there was certainly no value in sitting on the loo for the rest of the afternoon.

Once inside her apartment, she
let
her bag
fall
to the ground and
went to
pull
the blinds across the
veranda windows.  The light was fading outside, so the room was almost dark as she dropped onto her sofa.  The sandwich she had forced down during the lunchtime briefing
was still lodged
in her stomach, undigested.  She sat, staring straight ahead
, her eyes fixed on a silver framed photograph on a bookshelf across the room
.
A picture taken years before, of a mother and her two daughters, squeezed together, the frame barely able to contain the three wide grins.  Christine could remember it being taken, her mother’s birthday, she could remember the little party for four
at the kitchen table
, the cake, the candles.  She could remember that hug
, the squeeze so tight
that
she and her sister could barely breathe, enveloped in their mother’s arms,  squealing with joy as her father had captured the moment on film.  The
memory
of a mother’s absolute and total love
, saved forever inside a silver frame
.

An hour later, Christine was still sitting there, her trench-coat still on.
Two muffled voices passed along the corridor outside her front door.  Happy, laughing voices.
The gas boiler ticked and chugged to life.
A minute later,
the phone in her bag rang.  It took a moment for her to register the sound.  She had no intention of answering it.  It was most likely her father checking up on her.  Or maybe Emily.
Emily would be wondering.  Worrying.  Emily, whose friendship had saved Christine more than once over the past few years, who had probably been phoning her
office all afternoon
, and getting no answer.  Christine didn’t even have it in her to talk to Emily.
But the ringing stirred her, and she got up from the sofa and went into the kitchen.  She stood in front of the kettle for a moment, staring at it.  Then her legs walked her into the bathroom, where she leaned over the tub and turned the taps.  She opened an expensive bottle of bubble bath
Emily had
given
her
for
Christmas and sniffed at it.  The citrus smell roused her a little.  She inhaled deeply, and poured almost half of the bottle onto the running water.

Standing at the washbasin, she watched her reflection as it slowly disappeared in the mirror above.  She looked
ghastly
.  Hardly a trace of the make-up that she had applied that morning remained, even the streaks of smudged mascara had been washed away by tears.  When she could see herself no more she stripped, leaving her clothes where they fell, and got into the bath.  She lay back into the hot water, glad of the sensation as it almost scalded her skin.  Her hair floating around her, she stayed as still as she could, the water filling her ears.  With her eyes closed, she tried to focus on the silence, the darkness.  The only sound was her own heart beating in the water.  Nothing more.

After a moment, the water got too hot, and she sat up suddenly.  She slowly breathed in the rising steam, fragrant with expensive oils.  But as she breathed out, she heard a guttural sob echo back from the tiled wall.  And she sat there in the water, filling the bath with her tears, until she was simply too exhausted to cry anymore, and the water was cold.

Thirty-three point three degrees celsius. That was the highest ever air temperature recorded in Ireland.

Christine would always remember that little bit of trivia.
A Valentine's Day card she had once got from a
fellow student
in her climate modelling class had read
For Sexy Christine - Hotter than Dublin in June 1887
.
Meteorologist humour.

While it wasn’t quite t
hirty-three point three degrees
, even at seven forty-five AM
one
Monday
morning the following June,
Christine could tell the day was going to be hot.

The sky above
was hazy, almost lilac
as she walked from the train station past College Green to
Clarendon Square
, where t
he modern building occupied by
the
Dublin
branch of
CarltonWach
s
International
Investment Bank
stood guiltily in the middle of a
n
otherwise beautiful
Georgian terrace
.

Inside, she nodded at the security guard seated
at his post in
reception, and took the lift to the fourth floor.

The place was deserted.  There would usually be someone in
by now,
keeping an eye on the Asian market, but the
rows of cubicles that made up the
dealing desk were all empty.
Christine knew it wouldn’t be long before the
y
were populated by mostly young, well-
groomed
men
, talking loudly on
two
phones
at once
,
surrounded by
the
hum of multiple monitors
flashing red and green
, each
screen
churn
ing
out ever-changing information on prices and
yields and spreads
.
But for now, th
e space was still, the Bloomberg screens dark.
She passed by her own
glass-walled
office,
one of five around the floor’s perimeter,
and walked straight to the coffee room.

She needed a coffee.

Whereas staff in all the other
CarltonWachs
departments had only a kettle and a jar of instant to hand during the day, those on the fourth floor had the use of a shiny Italian coffee maker and an endless supply of Arabica beans.

Christine pressed a button and watched the coffee beans disappear down the hopper to a muffled whirring sound.

The machine was
there because
Shay
McAvoy
,
head of the
institutional trading desk
,
was a
coffee fanatic.

Working with him on the fourth floor meant access to the good coffee, and this morning Christine was glad of
it.

It hadn’t been a particularly
bad
night, but she'd had trouble
getting to
sleep,
as usual.

She pressed another button and closed her eyes, breathing in the aroma as the coffee trickled out and into her cup.

I thought I was the first in.”

A saccharin
e
voice from behind Christine startled her.

She turned to see a petite brunette teetering at the door to the coffee room in a tight short skirt and tighter short-sleeved sweater
, a
huge and
expensive-looking leather bag hangi
ng from one shoulder.
She must be from marketing.

I thought I’d met all the girls last week.”

She
pointed her cashmere bosom at Christine.

Chris
tine shook the
girl’s
hand
.
It felt warm and limp in her own.

I
was over in the London office most of
last week.”

Petra stared blankly at her.

Christine
co
uldn’t tell if
she was being mocked
or not.  “I’m part of the analytical team.”

Petra looked at her, managing to smile with only her mouth but no other part of her face.

She
rested the bag on a tab
le,
took out
a couple of tupperware boxes
and
stoop
ed
to
put them
into the small fridge.

Christine had to marvel at how she could make the manoeuvre in the skirt.

“
So you report into?”
she asked as she reappeared from the fridge.

Christine suddenly felt lanky and awkward.  She wished she had made up her face before leaving for work that morning.
“Mark,”
she
said.  “Mark’s my boss too.”

“Right.”  Petra flicked her hair back over her shoulder.
“And have you been here long?  With CarltonWachs?”

“A year and a half,” Christine said.  The conversation was beginning to feel like a job interview.  “I was with a Dutch bank before that
.
In London.”

Petra crossed her arms.
“
I was PA for one of the top managers in Lloyds until I moved back home.  Didn’t you like London?”