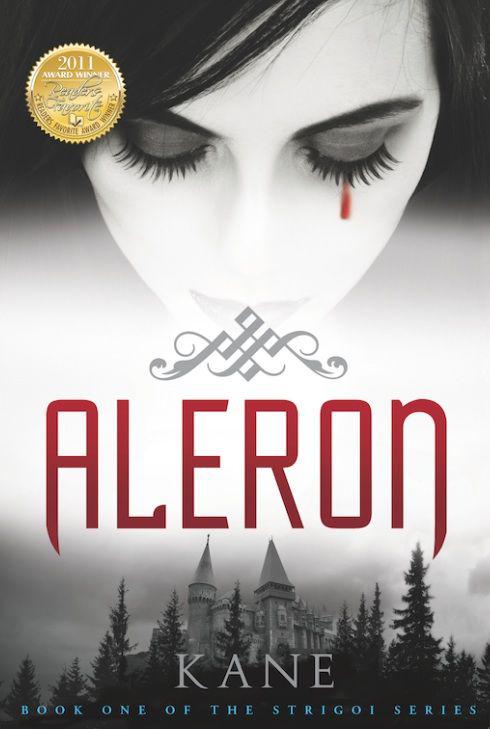 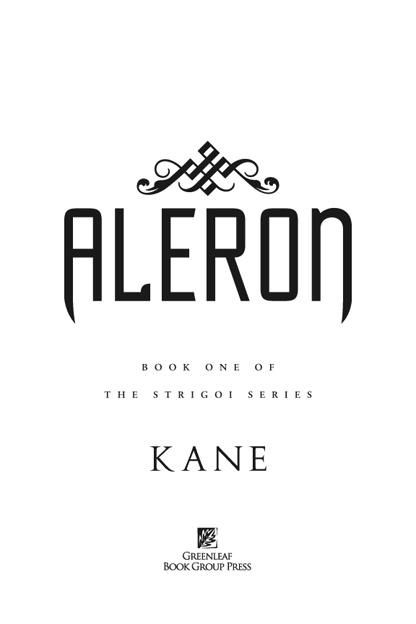 This book is a work of fiction. Names, characters, businesses, organizations, places, events, and incidents are either a product of the author’s imagination or are used fictitiously. Any resemblance to actual persons, living or dead, events, or locales is entirely coincidental.

In my mind’s eye, I can see.
I can see heaven. I can see hell.
The angels. And, the Darkness alike.
And I’ve grown quite fond of the Darkness, for in it, I’m all powerful.
Without it, I’m nothing.
Come to a place which lies far beyond your mind.
A place that fantastical creatures thrive.
A place where We live.
A place where many perish at our hands.
Some call us demons. Some say we are spawn of Cain.
Some say we are undead.
I can assure you, we are alive!
For We are Vampyre.

y name is Aleron, and I was once human. Indeed, I still resemble a human, but I feel, smell, move, and even taste like something completely out of the ordinary, or should I say, extraordinary. I’m flesh and blood but not much more. I have tremendous power and strength, far beyond that of ordinary men. However, I didn’t always have these qualities. They had an origin. And as time passed, they developed beyond my hopes, far surpassing the abilities possessed by others of my kind. I had a mentor-mother, who encouraged me and helped me explore the boundaries of my supernatural abilities. Who else would be better to teach a child about himself than the one who gave him life?

Camilia and Aknon welcomed me, the first of their two children, on the seventh day of January in the year 1791 in the Greco-Roman city of Alexandria, Egypt. My father held no significant political or religious office, no positions of prestige, but he was an artisan, crafting furniture out of anything he could get his skillful hands on.

Alexandria was growing at the time, and his art became known to many. My mother and sister, Shani, devoted their lives to religion. Day after day, night after night, they walked from home to home, village to village, preaching the word of God. My father urged my mother to cease, for the path of Christ wasn’t well received by many in Alexandria. My mother’s family originated from the southern region of the Carpathians. There the influence of Christ was prevalent. My father was born in Egypt, where Islam was the dominant religion. My father defied his faith and family to marry my mother. He brought her to Alexandria, for he recognized their safety wouldn’t be assured if he chose anywhere else in the region.

Despite my father’s numerous requests, my mother continued to do what she knew to be right. My sister, albeit reluctant in the beginning, gradually became as enthusiastic as my mother. My father gave up the battle, for the conviction of my mother proved to be unflinching.

Life for me as a boy was anything but common. Virtually every piece of gold my father earned and what was donated to my mother and sister was spent on my education. It was recognized early on that I had an unnaturally acute understanding of mathematics and science. My intuitive understanding of trade led to an apprenticeship with a banker. However, it was my love for history that led me to become an assistant to historian Davila of Grotius.

After I had spent several months under the tutelage of Davila, he recognized my yearning for knowledge of civilizations that were on the verge of being forgotten. His confidence in me eventually grew, and I was charged with assisting him with his research on the ancient Greek philosopher Epicurus, the most important research Davila had been commissioned for. My responsibilities included preparing Davila’s presentation on Epicurus for our benefactor. This required much work, which often led me to spend every waking moment at the library and Davila’s office in al-Montaza.

On March 22, 1817, I left the library for a short walk to al-Montaza Square. The night sky was clear, the air crisp, and the streets seemingly lifeless. I remember that night well, because it was the first time I felt Her presence. It was an unnerving feeling that became more intense as I
approached the square, prompting me to steal glances over my shoulder a few times along the way. The moment I entered the square, a dream state fell over me. I wasn’t asleep, but I wasn’t entirely awake, either. My vision began to blur, and my breathing became quick and shallow. Suddenly lethargic, I stopped and leaned against the exterior wall of a building. I forced a deep breath and squeezed my eyes shut. When I opened them, I saw what I thought was a specter of a woman. I blinked and squinted to focus my vision, but it evaporated as quickly as it had appeared.

I ascribed the vision to fatigue. I gave it no further thought until the following evening, when I saw it again while working at my home. A slight noise interrupted my concentration on
Epicureanism
, a Hellenistic book I had been studying. I turned my head in the direction of the clamor, and an abrupt chill withered the candle flame, extinguishing it. I felt the hairs on my arms come to life, as the chill brushed past me. I stood and walked in the direction of the disturbance, hoping to see what I had felt. But I couldn’t. And before I knew it the flame had rekindled, and I was standing in the middle of the room—alone.

I was convinced that I had been truly shaken by the unknown, and for days, even weeks afterward, I became more and more cautious. Day after day I became more withdrawn from my friends. The incident in my home consumed me entirely. I felt its presence, but I was not able to lay my eyes on it. As time passed, I looked over my shoulder less and less. Within a few weeks, the presence only lived in my dreams, and then I finally relinquished my recollection of its existence altogether.

On May fourteenth in Cairo, Egypt, I was attending the most prestigious social ball of the year, the Promethium. The ball was held at the Cairo Citadel just north of the Great Pyramids and the Valley of the Kings. Once a year, men of wealth and influence gathered to meet and socialize with their peers. It was an effort to make new acquaintances that would result in more wealth and influence. Kings, lords, landowners, and politicians were always among the many businessmen present.

A sudden and unexplainable illness had befallen Davila, leaving him bedridden, and I had come to the ball in his stead. I wasn’t a man of wealth and had little to no influence, but as Davila’s personal assistant, I was charged with tending to his affairs in his absence.

Though the men were more economically sound and politically connected than I, I didn’t feel the slightest bit intimidated or awkward among them. No one there knew my true social status, so often when I was speaking to one or two, a small crowd would gather to hear what I was sharing with the others. While in the midst of a conversation with a rather large group, I felt that strange uneasiness that I had almost forgotten. Though I continued participating in the conversation, I was no longer as engrossed as I had been. I found myself looking at the silhouette of a woman standing in the arch of the long corridor that led to the adjacent rooms where the concubines awaited their duty.

The only women allowed inside were maids, servants, and concubines. Concubines were confined to the adjacent rooms and never allowed in the main hall during or immediately following an event because they were often used for persuasive negotiations.

She was watching me, and I couldn’t take my eyes off her. In my mind I began to hear faint sounds and words spoken in a voice that wasn’t mine. The men chattered around me, though I could no longer make out their conversation. But I was unconcerned with it or with the men. My thoughts were only of the woman. I turned my attention back to the group for just an instant so that I could extricate myself from the conversation. I searched for her through the corner of my eye, but I could not find her. I quickly turned back, and she was gone.

My Asian Lover (Interracial BWAM Romance Book 1) by J A Fielding, Bwwm Romance Dot Com
Selby Splits by Duncan Ball
On The Banks Of Plum Creek by Wilder, Laura Ingalls
Emily by Valerie Wood
Anne of the Fens by Gretchen Gibbs
The Paris Wife by McLain, Paula
There's Something About Marty (A Working Stiffs Mystery Book 3) by Wendy Delaney
Five Go Adventuring Again by Enid Blyton
A History of the Crusades-Vol 2 by Steven Runciman
Maid For The Tycoon: A BWWM Billionaire Romance by Lacey Legend
Our partner