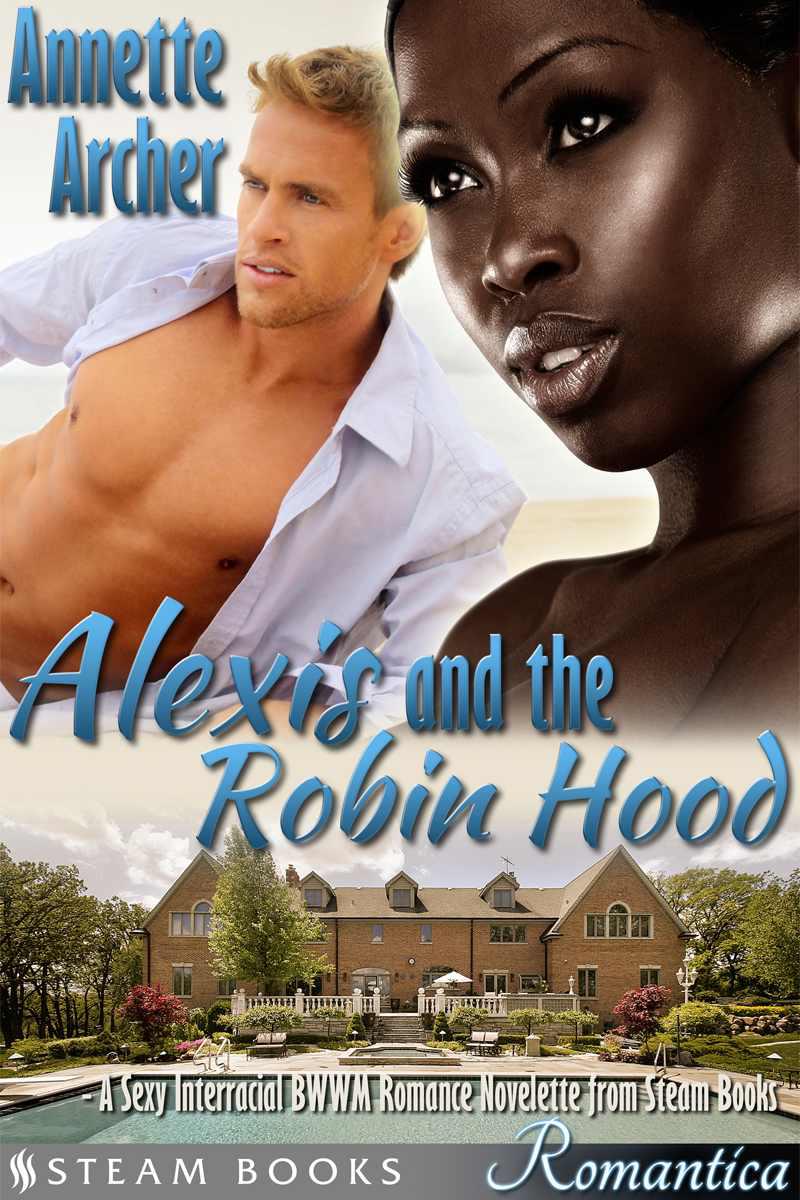 BONUS - Preview of "Twists and Curves"
by Sandra Sinclair

This story is part of the Steam Books ROMANTICA line of novelettes and novellas, three to five times the length of our normal short stories, with more room for added romance and character development. We hope you enjoy!

All rights reserved. This book or any portion thereof may not be reproduced or used in any manner whatsoever without the express written permission of the author or publisher except for the use of brief quotations in critical articles or reviews.

Jack was one of those crazy individuals that believed life was best when everything was out of control. He liked waking up just five minutes before he had to leave for work. His sister, Elizabeth, on the other hand was a control freak. After Jack got out of prison, he tried living with her, but after just a few weeks he left her and her obsessively regimented house behind him. He didn't have a whole lot of places to go. He had to stay in New York City because of his probation, but other than that, he didn't have a care in the world.

Jack looked up at the sign: Lola's Feminine Boutique.

Crap, what have I gotten myself into?
he thought, looking at the mannequins in the window.

Each of them had on a scanty, sexy outfit. Most of them were pretty tasteful bedroom attire, but there was one in the background that looked like something you might see in some weird fetish party. It was your average-looking Fifth Avenue boutique.

But the guy at Old Saul's newsstand said that this was the place. He claimed that this store gave him access to high end clients and a legitimate job. His month of job searching time was over. If he wanted to avoid going back to prison for grand theft and cat burglary, he needed to find something legit.

Old Saul had sold his newsstand while Jack was in prison. So Jack was a little suspect about the opportunities provided by a lingerie boutique. He had worked at some pretty crazy fronts in the past.

Still, a job's a job,
Jack thought as he placed his fair white hand on the door.

He checked his dark blonde hair in the mirror before he opened the door. Jack had always been mostly colorless, but his time in prison had made him almost powder white. He adjusted his thin pinstripe suit as the door clicked behind him. Jack always believed in being dressed like it was his last day on Earth. There were several reasons for a thief and con man to wear nice clothes, but with Jack, it all came down to the fact that he liked fashion.

Jack imagined that this woman was Lola. He wasn't quite sure what ethnicity she was, but her hair was died as blonde as a Norwegian, even though she definitely looked more Mediterranean. This woman took great care to erase anything that made her ethnic. Jack cringed. He enjoyed women in their natural state. He believed that blonde was not the ideal beauty and he hated that so many women tried to mask their natural beauty with products from people who saw only a narrow slice of the population as beautiful.

Sometimes the shop owners didn't know that they were being sent criminals and he didn't want to blow his cover if she was clueless. Jack turned on his charm.

“I was sent here by David.”

“Oh,” she said and changed the look on her face from fake customer service to giddy school girl. “David is just my absolute favorite person. He always comes through for me. You people are always so nicely dressed. And just so cute!”

Lola took Jack's hand and patted it like he was poodle or a fluffy animal of some sort.

“He said that you might have a job,” he said.

He shifted uneasily as Lola walked around him, looking him over carefully. With the way that she was looking at him, Jack wasn't sure if he was being sized up for a sales clerk, model, or escort.

“Don't you even want to know my name?” he asked. By now he was figuring that Lola knew what kind of people David sent her.

“I just hire anyone that David sends me. I give your kind all the help they want. Plus he has sent me the best workers. Like his sister, Alexis. What a godsend that girl has been.” She then hollered into the back. “Oh, Alexis!”

Yep, she knows I'm a thief,
Jack thought.
No one gets hired that easily otherwise.

“I'm so glad that you understand,” he said.

“Only I got to complain about with her is that she's a do-gooder, always involved in that idealism. Help the poor. Lobby congress. Take from the rich; give to the poor. And for some reason, even though she works here, I can't get that girl to wear a sensible piece of underwear.”

So Alexis is a Robin Hood like me,
Jack thought. He wondered what type of underwear Alexis thought was 'reasonable' considering the level of pushup bra she was wearing. He followed Lola to the back of the store while she continued to shout out for Alexis.

“I suppose it's not all bad and everything, but us rich earned it, right?” Lola winked at me.

Jack gathered from that comment, Lola was not of a like mind. She stole to keep herself comfortable.

“I'm more of a Robin Hood myself,” Jack said as they entered the back room.

“Then you two will get along just fine,” she said. “Alexis!”

“Yes, Lola?” Alexis walked up with boxes stacked up over her head. “I'm a little busy at the moment.”

“Here, let me help you with those,” Jack said, trying to take boxes from Alexis.

She waltzed past Jack with her dark, willowy figure. Alexis was as tall as Jack. He shouldn't have been surprised considering how big her brother was, but Jack was almost six feet tall.  He was sure that if you stood him between Alexis and David he would look like a tiny, white, wax bean.

Alexis was a natural beauty and quickly caught Jack's eye. Her hair was cropped close to her head and was shorter than Jack's, even. When she turned around, she didn't even have a stitch of makeup on her face. She wore no bra, a simple white dress, and brown sandals. She was quite a contrast to Lola, who was wearing a loud animal print skirt, a bra that propped her breasts up to her chin and out of her red low-cut shirt. Lola's shoes made her almost as tall as Alexis and Jack even though Lola herself was barely above five feet tall. And then there was Lola's makeup, which probably took a truckload of foundation.

“This is Jack,” Lola said. “Your brother sent him over.”

“Great,” Alexis rolled her eyes. “Because the last one he sent over was so great.”

“He was the only one that wasn't good,” Lola protested.

“Stole from the till,” Alexis said.

Jack, having been in the game for over ten years since he was let out of the foster care system when he was 18, knew that there was an honor system among thieves. You didn't steal from another thief, even if they weren't a Robin Hood like you, and you certainly never, ever stole from the front.

“What an idiot,” Jack said.

“My thoughts precisely,” Alexis said. “But Lola said he just needed a little extra money to meet rent. Give him a second chance. Rent! I saw him the night before boozing with his honey.”

“You can kick me to the curb the first time I even annoy you,” Jack said.

Alexis shook Jack’s hand and smiled. Her hands weren't polished and groomed quite like Lola's. On her middle finger there was a large bump, a callus from writing often with a pen.

“So, you just a friend of my brother's or are you one of his lovers?”

“Oh, don't be so surprised,” Lola said. “David is a good looking guy and has never been able to keep it in his pants for very long.”

“Lola, don't be so crass,” Alexis said. “He looks like the monogamous type.”

“That's it,” Jack said, trying to keep his cool and his cover. He watched Alexis's beautiful, untethered breasts slip just beyond his reach. “I guess I shouldn't be surprised, though.”

It's for the best,
he thought.
She's just a distraction.

“After you fill out the paperwork, I'll have Alexis put you straight to work,” Lola said.

Jack hated paperwork and now that he knew the lingerie store wasn't a criminal front, he was a little worried about keeping the job. But he was also pretty sure that Lola was too stupid to realize that she was hiring a felon.

Jack looked back at Alexis as she pulled skimpy, lacy bras out of the boxes. He briefly imagined her perfectly shaped, orange sized breasts filling a particular white lace bra she was carrying. The way her black-as-a-starless-void skin stood out against the white almost stopped his heart from beating. Alexis was simply the most beautiful woman Jack had ever seen and he was going to have a really hard time pretending to be gay around her.

Jack successfully pulled the wool over Lola's eyes with the paperwork. Jack had always been a smooth talker and Lola was no exception. She hardly even noticed that Jack was a felon. Almost a week had gone by at work with no mishaps and he and Alexis seemed to be getting along rather well. Jack had learned, much to his delight, that once he learned the ropes, he could go on outings with Alexis to wealthy women's houses for specialty fittings and deliveries. These trips would provide the perfect cover for casing these wealthy homes.

Alexis greeted Jack and pinched him on his thigh, just below his butt. She had taken to doing this since the second day. Jack was sure that if she knew what it did to him, she would no longer do it. For her it was just an affectionate pinch of a gay friend. For Jack, it was torture as her beautiful, long ebony fingers would grab a part of his sensitive flesh.

“Good morning, Alexis,” Jack said, putting his arm around her waist and giving her a long hug.

In some ways, pretending to be gay had its benefits. He could touch Alexis often, but every time he did, he had an urge to do something that he could not.

“Today's your lucky day,” she said.

“Lucky cause I get to work with you?” Jack said and winked.

“Sure thing. But really, I'm taking you to the Van Dedema estate today,” she said.

It was Jack's lucky day. Jack had been drooling over the Van Dedema estate for years, but they had a massive, state of the art security system that Jack was not stupid enough to try and beat. And old Mrs. Van Dedema was a notorious prude. Jack would have no chance of charming his way in unless he was a homosexual lingerie salesman, although he couldn't imagine her ever needing lingerie.

“I thought that she was the worst prude on the planet,” Jack said to Alexis just as Lola walked into the store.

“Ugh, she is,” Lola said, swinging her purse behind the counter. “She's the worst. But she pays so well. I feel like it is my American duty to take her money from her.”

“We special-make all of her lingerie,” Alexis said, explaining about the quirks of one of their wealthiest clients. “She has specific modesty requirements.”

Jack laughed and picked up a nearby bra that had no fabric over the breast area. He had often envisioned Alexis wearing one.