Read All My Friends Are Going to Be Strangers: A Novel Online

All My Friends Are Going to Be Strangers: A Novel 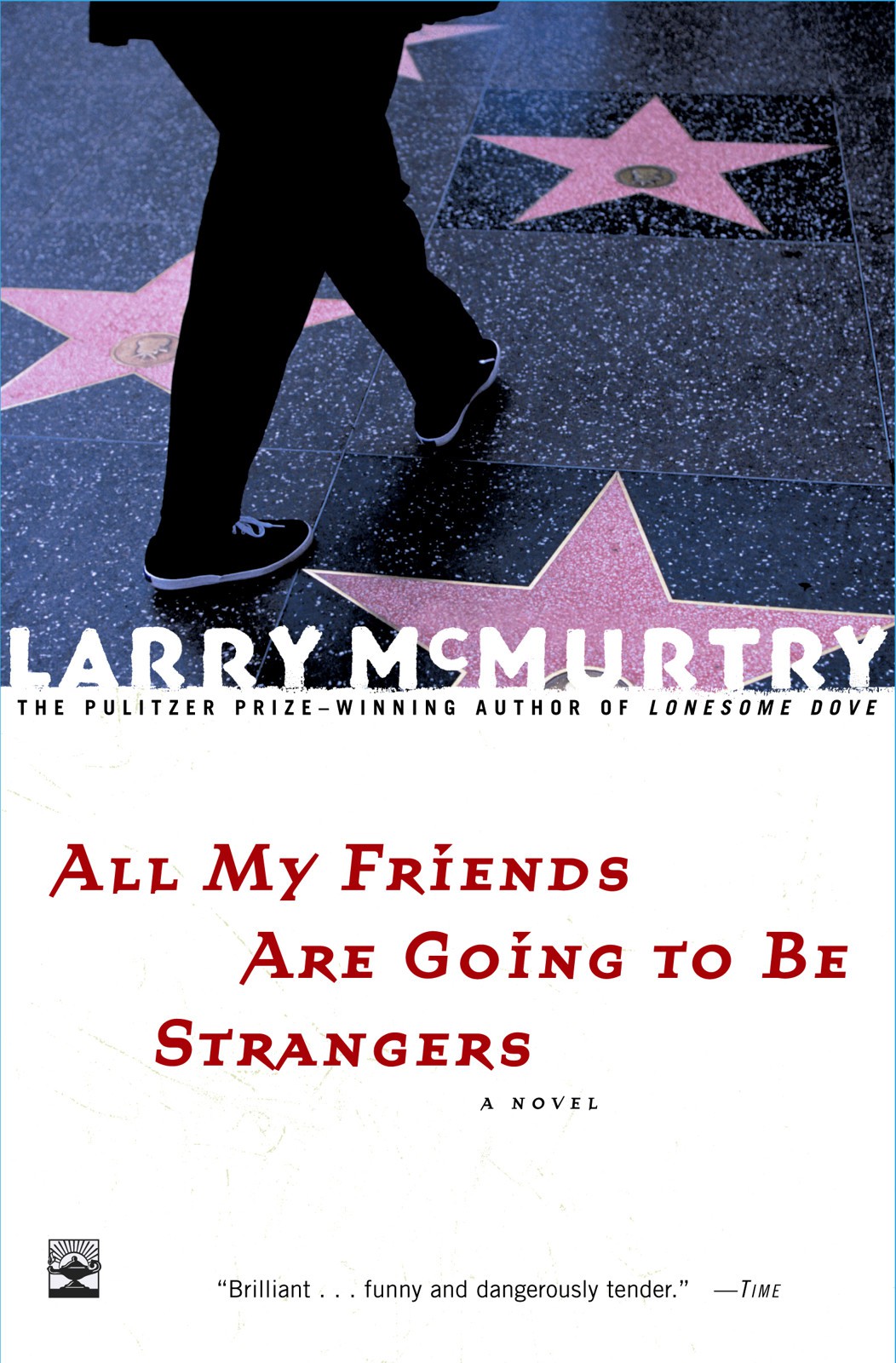 This book is a work of fiction. Names, characters, places,
and incidents either are products of the author’s imagination or
are used fictitiously. Any resemblance to actual events or locales
or persons, living or dead, is entirely coincidental.

All rights reserved, including the right of
reproduction in whole or in part in any form.

I wrote this novel very rapidly; in a sense, I exhaled it. Another way to put it is that
Moving On
, written just previously, expelled it, as a kind of afterbirth.

Moving On
was a long effort, twenty-five hundred pages in manuscript, at least in the initial draft. As I approached the end I felt tired but also exhilarated; some energy remained beneath the fatigue, and a momentum that I didn’t want to lose. Indeed, within the fatigue itself there was a kind of high.

Moving On
, of course, could not be prolonged just because I was high and still eager to write. Its final sentence duly arrived, and that was that; but the sense of momentum remained. I felt that if I just had another novel to write I could probably race through it before my energies subsided and I sank into creative sleep.

Danny Deck was the perfect point-of-view character for a novelist in such a situation. He wasn’t me, but there was no large gap between his sensibility and my own; I became comfortable with his voice at once and liked his quirks and his mainly sad appreciation of the absurd.

Better yet, his dilemma was one most artists face and struggle with at some point, usually as inconclusively as Danny himself does: whether art can be persuaded to allow its artists a little of normal life and common happiness and yet permit them to create.

Danny’s bleak conclusion is that art won’t be persuaded—not really; not “normal” life, as exemplified for him by Emma Horton and her solidly normal kitchen.

That sort of mundane happiness, he recognizes, he’s probably just not going to have. This recognition is the more
wrenching because Danny’s just written one slight book and is far from convinced that the level of art he’s likely to produce will be worth the loss. What if, torn forever from the warmth of Emma’s kitchen, he only writes bad books, or, at best, minor books?

Though young, Danny has already read a lot, and is realist enough to realize that most writers, whatever they give up and however hard they strive, are still only able to be minor. Is the sacrifice of common happiness worth it if one is only going to be minor? That’s one of the animating questions the book asks. Is Danny correct in his judgment that it is art that’s distancing him from happiness? That’s another.

These dilemmas are intensified for him by his loss not only of the warm, normal Emma but the not so warm, but brilliant, stimulating, unignorable artist-woman, Jill Peel, a girl as fascinating to him as she is elusive.

In the end Danny comes to believe that he can expect nothing of life except pages and words; this stirs in him a kind of fury against art, as well as personal despair, and he attempts to drown his hated second novel in the Rio Grande.

The lady-or-the-tiger ending, with Danny standing dejected in the middle of the Rio Grande, not dead but not eager to live, has irked many readers. On the whole, Danny Deck has been far more successful at getting loved by readers than he ever was at getting loved by the women in his life. I am constantly being asked whether he’s dead or alive, and, if alive, whether he will ever reappear.

For the benefit of those hopeful readers, I can now assert that Danny lives. It’s been sixteen years since I last laid eyes on him, but he’s phoned in several times lately and seems determined to come back and speak his middle-aged mind on a variety of subjects; his many old friends can expect to be seeing him shortly in a novel called
My Girlfriend’s Boyfriends
.

All My Friends
Are Going to Be
Strangers

I THINK
I fell in love with Sally while she was eating breakfast, the first morning we were together. Either I did it then or I did it a little earlier the same morning, watching her stretch. I had gone up to Austin to waste time and eat Mexican food and ended up getting invited to a party at a professor’s house. He was a dapper little English sociologist with a great lust for students—he referred to girls as fuckists, a term I had never heard. Several times during the evening he came over to me and pointed at a girl and said, “There’s a great little fuckist for you, my boy.”

Later on in the evening I think he made a pass at me, but I could have been wrong. He was very tipsy and it could have been just drunken friendliness. His name was Godwin Lloyd-Jons. Sally had been his fuckist for several months, but at the time I didn’t realize that. I got drunk enough that driving back to Houston didn’t seem like a good idea, so I spent the night on Godwin’s living room floor, alongside several other young drunks.

Sometime during the night Sally and Godwin had a big fight—I have a vague memory of hearing doors banging. He kicked her all the way out to the street, but she had no
money at all so she walked around the block until she figured Godwin had had time to pass out and then came in and got a sheet and pillow and spent the night on the floor, next to me. I hadn’t even seen her at the party—I think she was upstairs getting ready for the fight. When I woke up she was right there beside me, yawning and stretching. Sunlight filled the living room, but we were the only two people awake. “Let’s go eat breakfast,” I said immediately, before somebody else could wake up and ask her. I had never seen such a beautiful long-bodied girl in my life. My immediate thought was how wonderful it would be to wake up beside her every morning and watch her stretch. Her face looked soft. She was a little surprised by my invitation and looked me over for about two seconds before she accepted. I stood up and reached out my hand to her, thinking she might let me help her up. She looked at me for another two seconds and didn’t take my hand. She got up by herself and stretched again. As we were walking down the shady sidewalk she finally let me take her hand. She also smoothed my hair, which was extremely uncombed. We both felt shy because we were holding hands, and I felt even shyer because Sally was three inches taller than me. All I knew was that I had suddenly found someone new that I liked, and it was a deep enjoyment. She was wearing a loose blue dress.

We walked all the way to Guadalupe Street and ate a huge breakfast in a little cafe—ham and eggs and toast and most of the grape jelly they had. Sally was very quiet, but I talked constantly. I was trying to conceal, at least for an hour or two, that I already didn’t want to leave her. As we were walking back to Godwin’s we both got a little nervous. Neither of us knew what we were going to do. All I knew was that I wanted to prolong knowing her. I stopped talking and we walked along silently, holding hands. A block or two from Godwin’s we came to where my green Chevy was
parked, and we stopped and sat on the fender for a while. I kissed her twice, but she was too preoccupied with her problems to be really interested in kissing. “I have to decide if I’m going to go back to him,” she said. “If I don’t I guess I have to go to my parents, in Lake Charles.”