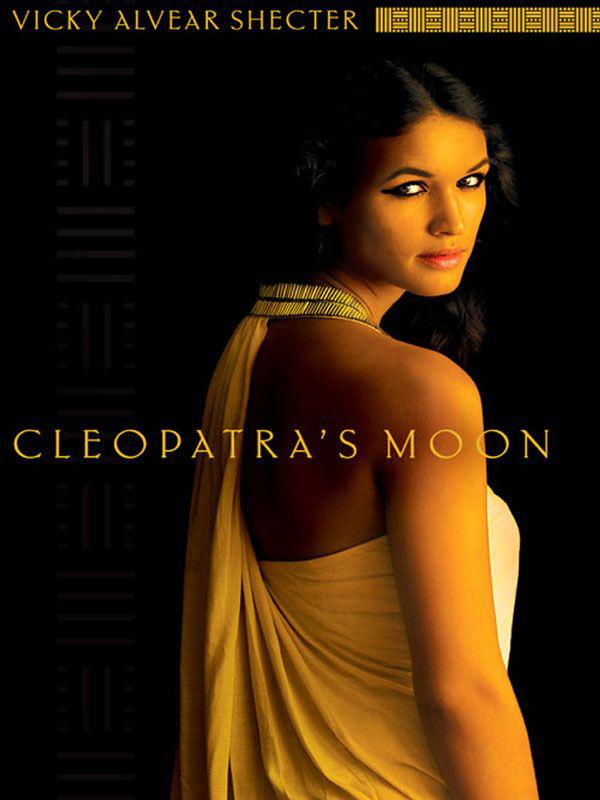 For Bruce, Matthew, and Aliya

On A Roman Ship To Africa

The Facts Within The Fiction

Cleopatra VIII Selene
— The only daughter of Cleopatra VII and Marcus Antonius; twin to Alexandros Helios

Cleopatra VII
— The last queen of Egypt. Came to the throne at seventeen; allied with Julius Caesar in the War of Alexandria after siblings tried to overthrow her; married the Roman general Marcus Antonius.

Marcus Antonius
— Roman general and politician. Was once married to Octavia, whom he divorced to marry Cleopatra VII. Father of Cleopatra Selene, Alexandros Helios, and Ptolemy Philadelphos, as well as two daughters by Octavia, Antonia-the-Elder and Antonia-the-Younger.

Euphronius
— Tutor to the royal children

Iras
— Another lady and handmaiden to Queen Cleopatra

Olympus
— A Greek
iatros
, or healer

Amunet
*
— Priestess of Isis at Pharos

Horus
— The falcon-headed god of the sun, war, and protection

Amut the Destroyer
— A monstrous demon with the head of a crocodile, the belly of a lion, and the legs of a hippo. He eats the hearts of those who didn’t live by the rules of
ma’at
, preventing them from entering the afterworld.

Bastet
— The cat-headed goddess of protection, especially of women, children, and domestic cats

Rome
The House of Caesar

Octavianus
— Nephew of Julius Caesar, who adopted Octavianus as his successor. Later called Augustus, the first emperor of Rome. Father of Julia.

Livia Drusilla
— Second wife of Octavianus; mother to Tiberius and Drusus by her first husband

Julia
— Daughter and only child of Octavianus by his first wife

Marcellus
— Son of Octavia and her first husband

Juba II
— Born a prince of the African kingdom of Numidia. Captured by Julius Caesar in infancy and raised in Octavia’s household.

Marcus Agrippa
— A friend and general of Octavianus

Cornelius Gallus
— The Roman officer left in charge of Egypt

Isetnofret
*
— Priestess of Isis at Capua

ON A ROMAN SHIP TO AFRICA

“Get rid of that body
now
, or my men will mutiny!” the captain yelled from the other side of the door.

A stylus on the floor rolled with the movement of the ship. The flame from the hanging bronze lamp flickered. Still, I did not respond.

“Little Moon,” my old nurse, Zosima, whispered. “Please. You must say something.”

No one had called me Little Moon in so long. The endearment brought a wave of sorrow and grief crashing up from my center, but I swallowed it down. I had to stay in control.

The captain must have heard our murmurs. “Do you hear me?” he cried. “The longer you hide in the cabin with the body, the more my men think you practice the dark arts. That you are a sorceress like your mother. Do you understand the danger?”

“Tell him we will do what he wants at sunrise,” I said to Zosima. “Not a moment sooner.”

The captain interrupted her with an explosion of rage. “If we do not act
now
, I will have full-out revolt! Even the slaves are refusing to man their posts!”

I stood up. “Tell your men,” I said, calling on the voice Mother used to address crowds, “that in Egypt, the spirit of a body not given the full rites is cursed to roam the place of its death for eternity, bringing misery and destruction. For their own safety, they must let me finish.”

No response. Romans in general were superstitious, but Roman sailors were the worst of all. I pinned my hopes on that.

“But sunrise is yet an hour away!” the captain complained. Despite my best efforts, my irritation bled through. “Surely you can control your men for one hour, Captain?” Silence. Had I gone too far?

“Do you swear to perform the rites at the first light of the sun and be done with it?” he asked, through what sounded like gritted teeth. “Can I promise my men that?”

A moment’s pause. Then the sound of angry, stomping feet. I breathed out.

I turned to Alexandros. Surely this was all a big mistake. My twin, the sun to my moon, was merely sleeping. We always joked that he slept like the dead.

But I could no longer fool myself that the grayness of his skin, the sunken hollows of his eyes, were just a trick of the light. My brother drank the poison meant for me. And now the only family I had left was gone.

“I need more cloth strips,” I said to Zosima. “Get me the softest linen you can find for his head. He must be comfortable.”

Zosima handed me a soft, worn shift. It would do. I slashed the fabric with my dagger — the one that had once been Mother’s — then took it between my teeth and ripped the rest with my hands.

“Please. Let me … let me rend this cloth,” Zosima said. “You should not do this.”

With the fabric still between my teeth, I shook my head, feeling like a lioness breaking the neck of a small animal. No. I was the only one who could.

There were no Priests of Anubis on the Roman ship. I could not preserve my brother’s body in the ancient ways, but I prayed that if I bound him well enough and sacrificed his body to Osiris and Poseidon, the gods would take pity and protect him so that his
ka
, his soul, would be reunited with him in the afterworld. So I would see him again.

I cradled the back of Alexandros’s head with one hand and wound the linen strips around it with the other. When I reached his eyes, I began to cry again. But I did not stop working. I kissed his cold forehead before it disappeared under the wrapping.

Muffled arguing above us. Would the men revolt anyway? I looked up and saw Zosima watching me. “Where is Bucephalus?” I asked.

She looked at me blankly.

“His little onyx horse. The one he brought from Alexandria. Please. I do not want him to be alone.”

She rummaged through his things and brought it to me. A remnant from Egypt, a present from Father. I placed it on the linen between his folded arms. “To keep you company,” I whispered.

Then I reached between my breasts and yanked off the Knot of Isis amulet that had once been Mother’s. I tucked it carefully over his heart. “May your heart be light against the Feather of Truth,” I prayed.

I covered the amulet and horse with one final layer of linen strips.

The captain commanded several oarsmen to bring the body up on deck. Only two agreed to help. The rest of the crew watched, some grumbling, others placing two fingers from their right hands over their hearts, the sign of protection against evil. I raised my chin as we passed.

In the gray light of predawn, the men balanced my brother’s body on the western edge of the boat, for the West was where Osiris, Lord of the Dead, lived. I stood next to the wrapped body of my twin. They waited for my signal. But I could not give it.

“Throw her in too!” someone yelled from behind me.

“She brings bad luck — look what happened to Antonius!”

I stiffened my back and felt Zosima move in closer.

“Quiet! All of you! Let us be done with this,” the captain yelled.

I closed my eyes to pray. But I did not know the ancient prayers for the dead. “Forgive me for not knowing the sacred words, O Anubis,
Jackal God of the Dead,” I began. “In the name of Osiris, please protect this son of Egypt so that his
ka
may live in happy
Aaru
, with all of those he loved and who loved him. Preserve and lighten his heart so that he may pass your sacred test against the Feather of Truth.”

I heard murmuring behind me and felt the first warmth of the sun on my back. I opened my eyes. It was time. But again, I could not give the order. My throat clenched, allowing only a sliver of breath to claw its way in and out.

Muttering behind me. “What is the witch waiting for? The sun rises!”

May our
kas
embrace on the other side, brother…
.

I took a deep breath and nodded. The men released Alexandros. I watched my twin’s wrapped body disappear into the cold waters of the Mediterranean in a slow swirl of white.

I wanted to jump in after him.

“It is done,” shouted the captain. “Every man to his station. We must finish this journey as quickly as possible.”

I stared at the sea, trying to breathe, trying to understand how I came to be here. A motherless daughter, and now a brotherless sister. How was it that I went from a princess of Egypt — the daughter of the most powerful queen in the world — to a prisoner of Rome, and now the bride of a petty ruler in the scrubs of Africa?

I closed my eyes, remembering Mother’s soft breath on my ear as she whispered, “
You have the heart of a great and powerful queen
.” Her last words to me. I spent my whole life trying to live up to them. But I failed. I lost everything, lost every single person I ever loved.

But no answer came. I heard only the creaking of ropes, the flapping of sails, the splash of water against the hull.

To Play the King by Michael Dobbs
Guarding the Socialite by Kimberly Van Meter
The Christmas Princess by Patricia McLinn
Morgan's Choice by Greta van Der Rol
Ngaio Marsh Her Life in Crime by Joanne Drayton
Burned by Natasha Deen
This Would Be Paradise (Book 2) by Iverson, N.D.
Nightblade: A Book of Underrealm (The Nightblade Epic 1) by Robinson, Garrett
1 The Outstretched Shadow.3 by 1 The Outstretched Shadow.3
Secretly Hers (Sterling Canyon) by Jamie Beck
Our partner