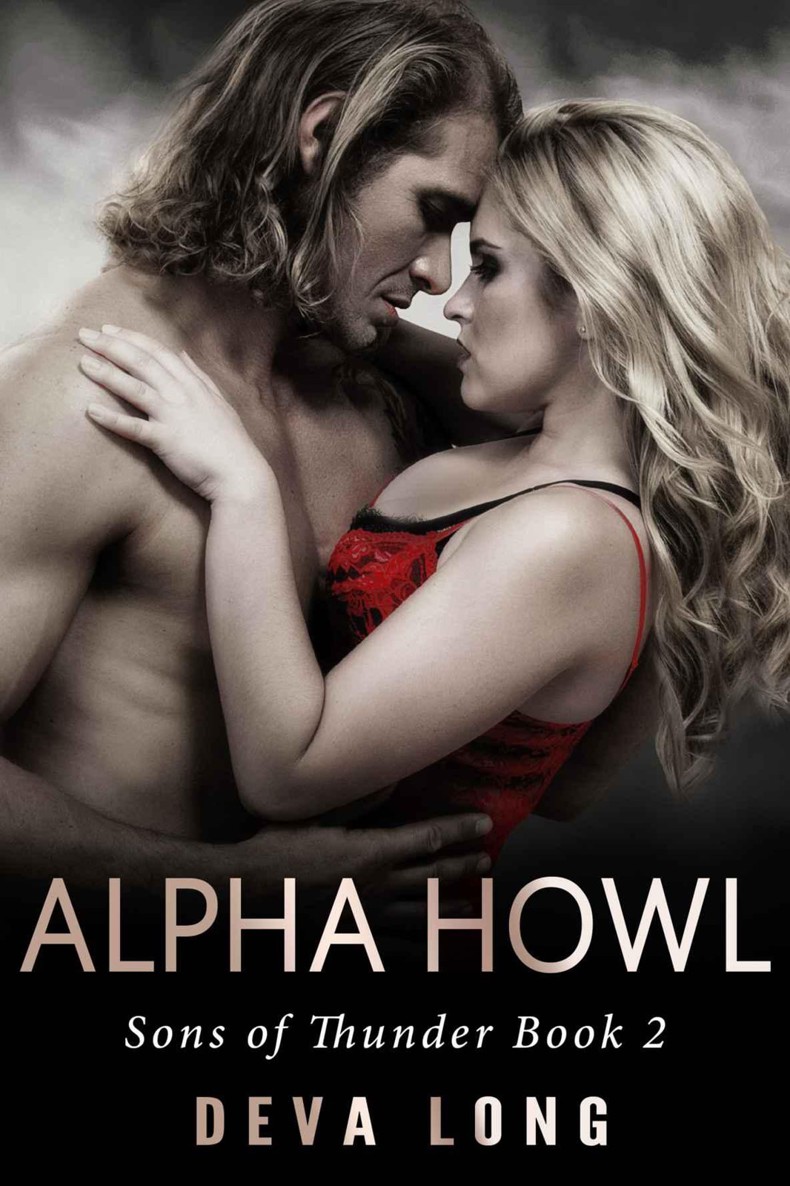 The main road through Sarasota is called the Tamiami Trail. The name sounds exotic. Native American. Seminole. However, the name just means “the path from Tampa to Miami”. Once the exotic name is demystified, the road is just another crowded stretch of blacktop, with stoplights, strip malls and the occasional convertible with a thousand watt sound system. Though driving the trail you’re more likely hear Kenney Chesney’s twang than Nikki’s thump.

Between the two bridges to Sleepy Key is a strip mall with cool little ethnic restaurants, medical spas for hair, lips and maybe boobs, and one former barbershop with folding chairs, chalkboards, and a hundred or so craft beers from near and far.

Next to Mr. Beery’s sits Sari’s Silver Hand’s Yoga and Massage. I’ve been going to her for several years, ever since stumbling in after a few too many high alcohol content beers.

Sari and I shared a good rapport. She is about thirty years old, with dark skin, Asian features and a curvy, roundish body. She possessed a generous smile and when she walked, the cheeks of her posterior moved independently up and down, but she was always graceful. I guess I was half in love with her, even though we had never gone farther than some very close sessions where she helped me reach the poses by holding me and the one massage session where she made me orgasm just by touching my back and feet. I kept that secret from her. Sari
’
s door made a musical sound as the brass bells rocked when I opened it for my usual morning session. If eleven o’clock is still morning. I like to sleep late when I don’t have to get up for work.

I couldn’t help but bring up my night with Karl. She’d already seen the story in the paper.

“Well, he seemed civilized, but very controlling. An Alpha.”

Stretching, I grabbed my toes.

I breathed, working to relax and process my feelings.

With a couple Vicodin left over from my wisdom teeth, I went to bed early the previous night. I had been pushing thoughts and feelings about Karl away all morning.

I wasn’t good at hurting people, at rejecting them.

I didn’t put myself into a position to make a choice very often. I don’t like turning people down, so usually I just avoid the whole issue by saying I’m into being friends.

Sari draped her front window with tapestries depicting naked Indian gods and goddesses, bathing the studio with a gentle, muted radiance. But, the white walls reflected enough light to reveal the lines on Sari’s face as she broke into my silent thoughts.

“An Alpha. Where did you hear that term?”

“I don’t know.”
Did Karl say it? Or did I pick the word up from my reading?

“Interesting. Grace, I will put on my prophet’s hat. This man will change your life.”

She spread her knees and touched the dark veined oak floor with her head. Next to her, I tried to follow her move.

She looked at me sideways.

“I don’t see a clear line of good or bad with this one. I see change. Opportunity.”

Maybe all the magic hasn’t gone away. Sari had a special ability to give me sensible advice. It seemed as if she could see more than I told her. She’d been right before, telling me the last guy I actually wanted to like me back, Hendrik, was bad news.

“An addictive personality,” she opined, though I hadn’t told her many details.

She’d been right, Hendrik stole my iPhone and traded it for drugs.

The tapestries and woodcuts on her wall reduced the noise from the outside to a dull roar I could imagine was the sea except for the occasional Harley’s wall shaking howl. A sitar played in the background.

“The meaning of the Chinese character weiji is not opportunity, that’s a mistranslation. In fact, the symbol stands for ‘dangerous precipice’.”

“So, are you saying Karl’s dangerous?”

I breathed in the jasmine oil she dabbed around the floor before my sessions. She stopped using incense years ago, after studies showing the smoke caused more health problems than cigarettes.

Sari brightened. “Well, a dangerous precipice isn’t always a bad thing. A few weeks ago you went north with your friend.”

“Yeah. Leslie’s pals went skiing and invited me. Sarah broke her wrist. I thought I would die when they took me down a black diamond slope.” Sari smiled brightly.

Once Sari told me Jasmine is a good scent for passionate people, helping to smooth out their highs and lows.

“Yeah.” I leaned forward and grabbed my ankles. “So, he’s like an expert ski trail. Scary, but fun.”

Sari mirrored my pose, touching her forehead to the wooden floor.

“You should have seen what he did to those kidnappers. He and his brother Jack took them apart. They were bad men, really awful.” I wrinkled my brow. “The kidnappers, I mean.”

“Yes,” my heart raced at the memory. “Jack's boat was all full of holes.” I moved into the pose as far as I could, trying to flatten my stomach to my upper thighs

“I’m amazed Karl didn’t get hit,” I gasped, pushing into my stretch.

“Your Paschimottanasana is getting better, Grace.” She pronounced the long word with precision, mouthing each syllable as if eating something she liked. She stretched, mimicking my pose. I noticed she didn’t gasp at all.

“What color are his eyes?”

I lost my concentration and almost fell down. “His eyes?” I thought. “They are kind of weird. Very blue. But with green flecks.”

My heart sped up.

Sari sat up, moving as smoothly as water over moss. She furrowed her brows and nodded.

“I think if you want your life to stay the same, you should not see this man. If you are looking for a great change, you should consider answering his call.”

I thought about rolling up my yoga mat and going home right then. I glared at her. She gazed back at me from her lotus pose. Daring me to deny her.

“Straighten your back when you sit like this in the Sukhasana.”

I blew my bangs from my face with a puff, but I also straightened my back. Sari could be rather dominant herself.

I breathed out. “You’re right, Sari. What I’ve been doing hasn’t been working. I date guys who are cute and a little funny, but I get bored fast. They get hurt.”

I tightened my stomach muscles, moving my breath upward and out.

“Then, I fall asleep and almost get kidnapped into some sick drug-lords harem. I guess whatever is scaring me about Karl can’t be worse than what he saved me from.”

“Maybe he scares you because he is the first man you’ve met would could rescue you from something terrible.”

She took my wrists in her small hands. A thrill coursed through me.

“Yes, but there are things about him. Scary things.”

I had to stop thinking about how Karl touched me. I had thin, white yoga pants on. I didn’t want Sari to think I couldn’t control myself.

Sari smiled. “That’s not so unusual. Many powerful men are like that,” she said with a mellow resonance.

She rubbed the red marks his belt left on my wrists.

Sari made a little cooing sound and her forehead wrinkled. “Let me get you some salve.”

“Don’t worry, Sari. It doesn’t hurt.” But she was moving, her bare feet padding on the carpet. No panty lines marred the smooth cloth of her yoga pants, and her toned legs showed through the thin material as she passed between me and the light.

Swiftly she came back with a little glass jar and removed the top. I smelled oranges, marjoram, and a spicier note. Curry?

I raised my brows and started to ask a question. The corners of her lips pointed upwards, and made a soft, “shhh,” sound with her lips. At the same time, she rubbed the amber brown oil on my wrist.

Warmth spread into my skin from the oil. The scent wafted through the room and I relaxed. I closed my eyes and let her rub me.

“When he did this to you, you enjoyed it?” She asked softly.

“Mmm hmm, I did,” my juices flowing faster.

“I liked giving up control. Letting him take over.”

Sari nodded, “The pain and loss of control releases endorphins. Our body’s own drugs. As long as he listens to you.”

Mellowness washed through me as she caressed my fingers.

“He pinched my nipples also,” I pouted my lips a little.

She smiled and motioned me to lay down. Peace splashed through my body as I lay back.

As I lay still, she gently rolled my soft Dharma yoga shirt over my shoulders. I raised my arms and she put the hem above my head. The shirt formed a soft cushion while gently binding my arms. I’d removed my bra when I changed, I didn’t usually wear one for one-on-one classes. Even sports bras get constricting when you are doing complex poses.

My breasts swelled, capped by my taught nubs like round temple roofs, waiting for the rain.

Sari poured more of her special oil on her hands. She rubbed them together to warm the oil, and then rubbed my nipples. Rising to attention, my nubs stiffened like little erections.

Like with my wrists, she rubbed my nipples with soft and delicate strokes.

Each time she swirled her fingers around my nipples electric shocks went through my body straight to my loins. But, I didn’t want to go any farther with her. Not now. With Karl and I just starting up.

Grace and the Wolfman, get your tickets here…

As if she read my mind, she bent and kissed each nipple in turn, then sat back.

“You’re learning a new sense of yourself with this man, Grace.” She smiled and with her deft fingers rolled my shirt back into place.

“So, I’m not strange for liking what he did to me?”

“Strange? No. Sex and pain release endorphins,” she said again, as if I hadn’t heard before. She’s a natural teacher, always repeating herself in different ways to get her point across.

“So does hot pepper.”

I laughed. I’d never thought of all those people pouring Tabasco on their eggs at Pancake World as masochists before.

“It’s true,” she giggled. “Pepper does burn, as does a pinched nipple. To the brain, they are the same.”

She brought her fingers to her chest and pinched her own nipples through her leotard.

“Back as far as the Kama Sutra, people have written about the Dark Tantra and the extreme pleasure practice can bring.”

She rocked her head back, sighing.