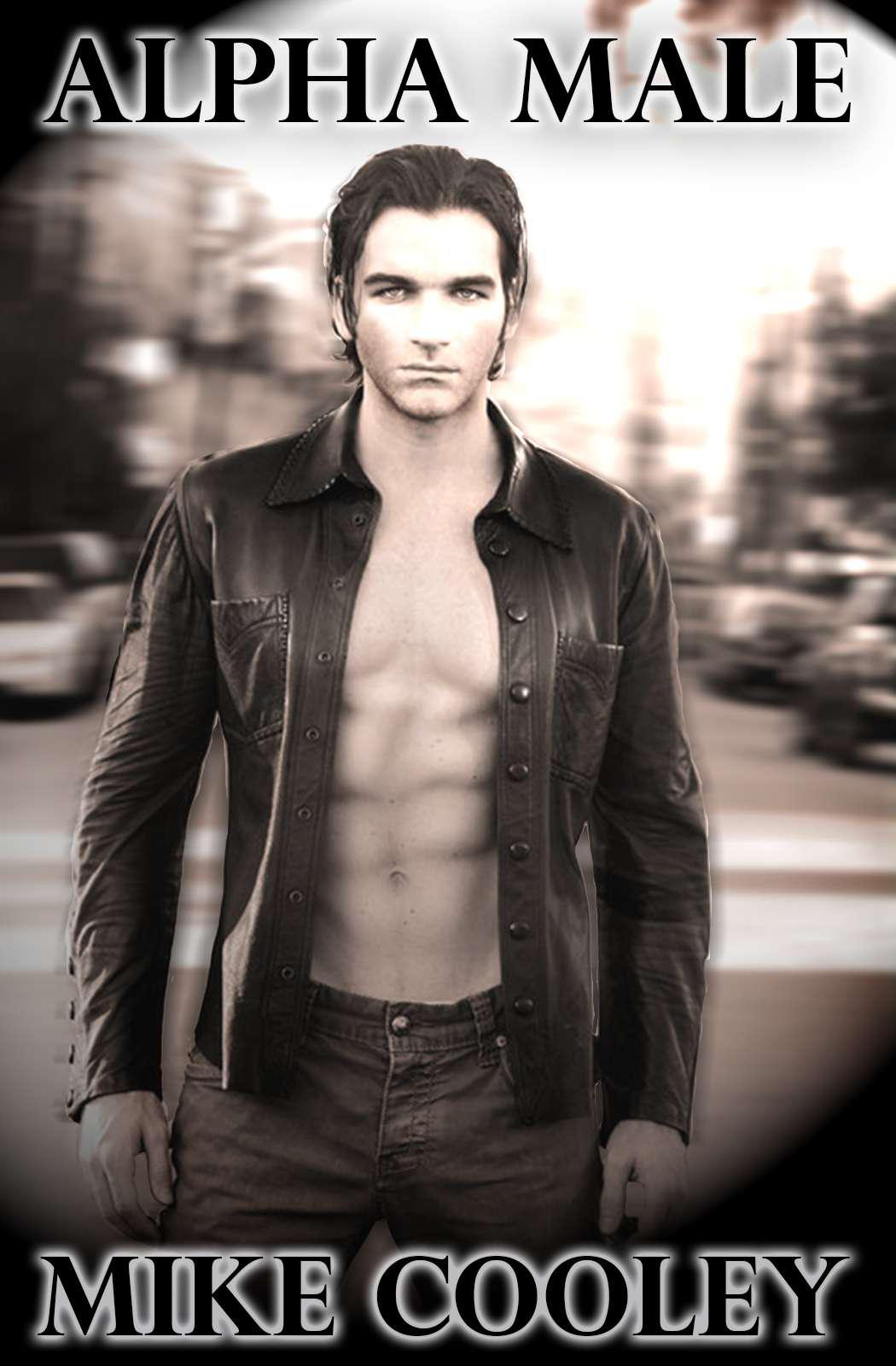 I was cutting myself again on Suzi’s grave when I saw her for the first time. Her hair was long and dark, and she wasn’t dressed for the damp, overcast grey of the sky or the chill of the night air. I watched the strange girl walking toward the far end of the graveyard near the barrier of poplar trees. Blood dripped off my wrist onto the grass beneath me. The sharp physical pain was a welcome distraction from the twisting within my soul that never ended. A cold stone with an etching I knew by heart was at my back.

She was kneeling in front of a tall, rectangular headstone. The inscription said his name was Gary. He died young. Her hands felt the letters of the words as tears dropped from her closed eyes onto the fresh dirt. I watched quietly from a distance and wrapped the gouges on my skin with a rag from the pocket of my leather jacket.

“Who are you?” She didn’t open her eyes or turn around.

“Silas.” She tested the name out carefully. “I can smell your blood.”

“I’m so goddamn tired of hearing that.” She turned and opened blue eyes at me.

“Suzi. She’s over there.” I gestured toward the north end of the small town cemetery. “Resting comfortably.”

“Resting…” She clenched her fists and stood. “Resting.”

“I didn’t get your name.” I met her gaze momentarily and then looked away.

“Appropriate.” Mel leaned back and rested her left arm on Gary’s stone. Her face was pale, and her body was thin. It looked like a stiff wind would blow her away. And it looked like that’s what she wanted.

“How long?” I studied the freshly turned earth and made my own guess.

“I’ll bet you know the minutes too.” Mel tried a smile, but it faded quickly.

“Why do you hurt yourself?”

“That’s a personal question.” I self-consciously hid my left hand in my pocket.

“He got shot trying to protect me.” What color there was drained out of Mel’s face, and she choked on the last word.

I met her blue eyes with my grey and then turned away. I felt her gaze on me as I went back and sat with Suzi, just like every day. The air smelled of leaves and damp grass. I looked down for a time and let the pain wash against me like ocean waves. When I looked up, the darkness of the night had deepened, the moon had risen, and Mel was gone.

I was sipping a beer in my usual spot, against the far wall on the last barstool, when I felt her touch the lacework of scars on my shoulder.

“Are you following me?” I didn’t turn at her touch or voice. I lifted my beer and finished it.

“Do you mind? I’m sorry to disturb you.” Mel slid onto the stool to my left—the one everyone else in the Raven Claw always left empty.

Harold slid another beer my way and lifted an eyebrow in my direction. I nodded my appreciation and then looked over at Mel.

“You asking around about me?”

“Reading everyone’s reaction when I came over told me everything I needed to know.”

“You do all this yourself?” Mel’s eyes traveled along my bare arms and shoulders.

“Mmm.” I sipped dark beer and looked around to see who was watching. The ones who were quickly turned away.

Mel pointed at my beer and then raised an index finger in Harold’s direction. He poured her an amber and slid it over. “A man of few words.”

“Do you want to tell me about her?”

“Don’t get between me and dead girl.” I let my eyes travel down her dark hair, across her pretty face, over her pale red lips, and down her blue dress.

“That’s more like it.” Mel took a big swallow of beer, then wiped foam off her mouth and smiled. “Don’t you think ‘dead girl’ is a bit harsh?”

“That’s what she wanted me to call her…at the end. It kind of stuck.”

Mel’s eyes flicked quickly to the door each time it opened. I let myself appreciate her subtle sensuality without letting any sign of it reach my face.

“So what are you afraid of?”

“Me?” Mel gripped her glass tighter and exhaled slowly, forcing her shoulders down. “Not a damn thing.”

“You are not that pleasant to drink with.” She batted her eyelashes and put a hand on her hip derisively.

“I was hoping that maybe we had a connection…with the graveyard and all.”

“Looking to ride a pony?”

“God damn it. Can you just say something nice for a fucking change?”

I drank the rest of my beer and held my fingers up toward Harold as if I were holding an invisible shot glass. Then I held two fingers up on my left hand. He nodded.

“You come here to drown your sorrow often?”

“Only fools try to drown a river.”

“I think you just made my dick move.”

“I’m going to bite you if you don’t stop that.”

“I don’t care how many times you bite me, I’m not paying you.”

Harold placed a shot of Patron in front of Mel and one in front of me, then gave me a conspiratorial smile.

“Thank you, Silas.” Mel raised her shot glass and waited for me to clink mine against it.

“Yes.” Mel took another sip of beer and wiped a tear from her eye.

“You’re dark. The pain in your eyes is like an abyss. I can’t explain why I’m here. I should run from you.”

“You should. Everyone should.” I pulled my knife out of the inside pocket of my black leather jacket and ran my thumb back and forth over the edge, testing its sharpness.

“Thanks, Si.” Mel finished her beer and ran her hand along the crisscross of scars on my forearm. “I’ll see you soon.”

My eyes followed her as she walked away. I tried not to focus on her shapely legs and ass. I glanced up as Harold slid another beer my way. The knife bit into my skin like sweet sorrow as I dragged it slowly across the back of my hand, carving a line for her.

I was driving home from talking to Suzi when I saw the headlights approaching quickly from behind me. Mel hadn’t been at the cemetery. I hadn’t seen her for a week. I sped up and hugged the right side of the winding road, moving over so they could pass. There was never any traffic on Sunrise Road this time of night. It was late September, and the sky was bright with stars. The moon hadn’t risen yet. The cemetery was a few miles behind me, to the north. The Columbia was just over the horizon to the east. The wheat fields and apple trees had given way to sagebrush.

A silver truck with dark, tinted windows pulled up alongside my Firebird and kept pace with me. The window nearest me rolled down, and a man in a mask held up a silver device and pointed it at me. The device had a symbol of interlocking hexagons on it; within the symbol was the letter D.

A blinding magnesium flash exploded, and everything went white. I slammed on the brakes and gripped the steering wheel tightly as I skidded into the gravel on the shoulder. To my right was a ditch, and the road ahead of me—which I couldn’t see—was taking a turn to the left.

“Time to die.” The voice was low, like a rumble of thunder forming words.

I turned the wheel to the left, guessing where the turn was. My wheels spit gravel and skidded on the edge of the drop off. And then there was a jolt as the truck slammed into the driver’s side of my Pontiac. I could hear laughter as I spun around and slid off the road. I held on and applied pressure to the brakes as the car slid down the embankment and flipped up into the air. The car spun in slow motion. Over and over. I squeezed my eyes shut and braced. And then there was pain.

The blurry face above me wouldn’t resolve, but I recognized the voice. There was a loud crackling noise, and I felt heat on my legs. The air was acrid smoke. I tried not to breathe it. My body was engulfed in pain. “Mel?”

“I’ve got to get you further away. I think it’s going to go off.”

I could feel her dragging me across the rough dirt by the collar of my jacket. My face was wet with blood, and whenever I tried to breathe, a searing pain raced across my chest.

“Where am I? What’s going to go off?” My voice was no more than a whisper, and my throat felt dry.

“You are bleeding bad, Si. Really fucking bad. There’s blood everywhere. And your car is on fire. I hope they think you’re dead. If they come back now, we both are.” Mel’s voice was edged with panic as she grunted and dragged me another few feet.

“I remember. Remember. Spinning. A flash.”

“Don’t try to talk. This is going to hurt. A lot.” She pulled me to the edge of the next ravine and shoved me over. I started to roll. Shards of glass bit deeper into my skin. I cried out. There was a deafening explosion. I slid to a stop at the bottom, in a pile of weeds, dirt, and rocks. I could feel blood pumping out of my chest. My hands and feet were cold.

“Oh fuck. Not again.” Mel was crying. She slid down next to me and lowered her lips to mine and kissed me.

“What was that for?”

“In case this doesn’t work, Silas.”

She placed one hand under my head and one on my chest. Her blurry face stabilized, and I could see fear in her blue eyes. Fear and pain. A warm glow like molten honey emanated from her fingers on my chest and spread across me as I choked and coughed up blood.

“I’m healing you. You’re cut wide open, Si. I don’t think it’s going to work. Help me hold the wound together.” She guided my hands to the large gash across my chest and showed me where to apply pressure.

“I don’t think you have a choice.”

“Everyone leaves me. Everyone.”

“Fuck them.” I laughed, then cried out from the pain of my broken ribs. Then everything went dark.

“Where?” I struggled to open my eyes and sit up. My skin felt tight and uncomfortable. I could smell lavender. It felt like a team of boxers had taken turns on my ribs. I reached down and felt the scar tissue across my chest. It ran diagonally from my upper right shoulder and ended down below my ribs on the left.

“You’re a strong one.” Mel’s voice was tinged with admiration…and relief. “Drink some of this.”

I sat up and took the glass she was holding, then gulped down half of it through parched, cracked lips. We were in a small room lit by candles. The two windows had black plastic taped over them. There were two doors; behind one of them was a bathroom. The other door was closed, a wooden chair was wedged under the door handle, and the deadbolt was thrown. I was on a mattress on the floor, and Mel was sitting on a cushion nearby. There was a small couch against the wall and a tiny cube refrigerator in the corner. “How did you get me here?”