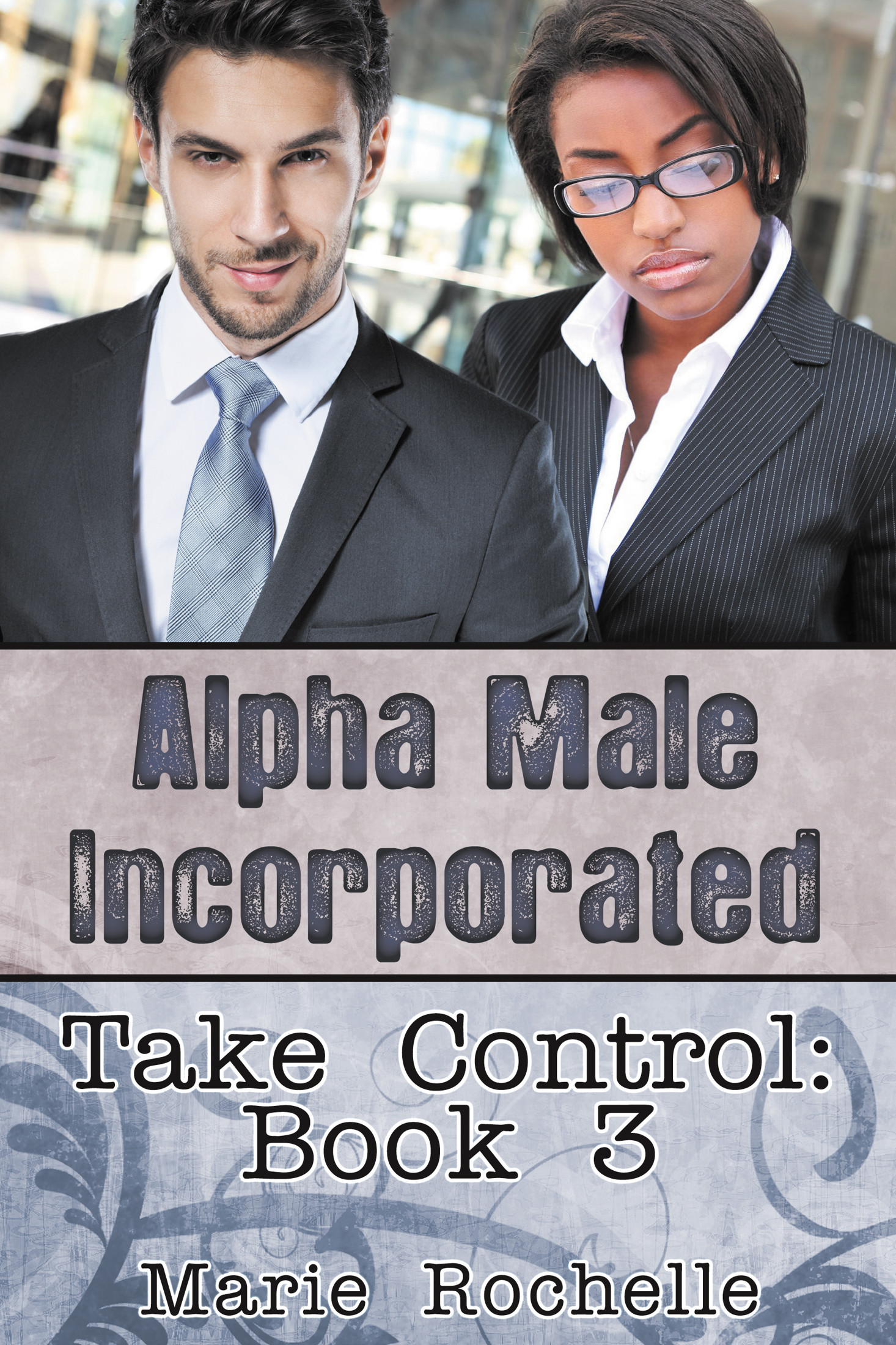 Hunks: Too Hot to Touch
Hunks: Opposite Attraction
Hunks: Pulled Over

Me & Mrs. Jones
Taken by Storm

An imprint of Celeritas Unlimited LLC

All rights reserved under the International and Pan-American Copyright Conventions. No part of this book may be reproduced or transmitted in any form or by any means, electronic or mechanical including photocopying, recording, or by any information storage and retrieval system, without permission in writing from the publisher, Celeritas Unlimited LLC, 6457 Glenway Avenue, #109, Cincinnati, Ohio 45211, [email protected]

Legal File Usage – Your Rights
Payment of the download fee for this book grants the purchaser the right to download and read this file, and to maintain private backup copies of the file for the purchaser’s personal use only.

I will always remember your wonderful smile.

Raya, you are mine. Stop trying to deny me. I know you feel the pull between us. You can’t be with any other man but me. Understand me when I tell you this: you are mine for all eternity. I won’t let you go. Come to me. Do it now! I demand it of you.

Screaming loudly in her dark bedroom, Raya August jerked awake at the sound of the strange, hypnotic voice inside her head. Sweat poured down over her skin, plastering her white nightgown against her body as her widened eyes scanned the room. Raya closed her eyes and took several deep breaths as she tried to calm her racing heart. Once she started feeling more relaxed, she flung the twisted covers off her body. She swung her feet over the edge of the bed and brushed her hair away from her forehead while trying to figure out what was going on.

Who did the voice belong to? Why did he keep declaring I’m his? Am I losing my mind?

Ever since she was attacked at Sahara’s house by Mr. Edwards, she hadn’t been sleeping well. She felt like someone was watching her every single move, but anytime she turned around no one was behind her. The hair on the back of her neck seemed to stand up. She usually didn’t let things scare her, but these eerie occurrences were beginning to make her a little jumpy.

For weeks after the assault, Sahara apologized for getting Raya pulled into in the middle of her stalker’s demented illusions. Raya didn’t blame her best friend for anything that happened to her. Mr. Edwards acted by himself and he was sorely to blame for holding her as a hostage. Sahara had
nothing
to do with it.

Truthfully, she was more frightened about the odd yet familiar voice she kept hearing every night. The doctors told her that she shouldn’t have any side effects from the blow to her head, but something was going on with her. If the man’s voice didn’t stop soon, she was going to make another appointment to see if the doctors could run some more tests.

Most of her recurring nightmares from that horrifying day were fading away, but sometimes after a stressful day at work Mr. Edwards’s face would pop into her head and they would start all over again.

Why does this have to happen to me right now with every other crazy thing going on in my life?

Work kept her busy with trying to find out more about the mystery procurer who still harassed her daily with ridiculous highball offers for the hedge fund. This despite the fact her older brother, Cedric, wasn’t involved with the everyday ins and outs of the family business anymore.

He knew who the person was, but he wasn’t giving up any information. They were both too old to have this stupid sibling rivalry. Cedric took a lot of pleasure out of making her work for it. Wasn’t it enough that he was still their father’s favorite child because he was the oldest, and a son? Nevertheless, she wasn’t going to stop pressuring him until he gave her what she needed to fix this situation.

Hoping a long, hot shower would clear the problems from her head and allow her to sleep, Raya got up off the bed and made her way towards the bathroom. If the shower didn’t work, she would read for a little while and maybe the sleep she wanted would finally come to her.

Raya completely missed him as he disappeared from her room. Hiding now in the darkness of Raya’s patio, Thorsten Irizarry watched as his mate got out of her bed then disappeared into the bathroom. He felt the fear coursing through her and hated that she was so scared of his voice coming to her during the night. But he had to begin their bonding, and communicating with her while she slept was the best way for him to get it done.

Months ago at Alpha Male Incorporated, when he realized she was chosen as his
Unique
woman, he hadn’t been overly concerned about claiming her. He knew he had all the time in the world to take Raya. Until the shocking moment he saw her body lying lifelessly on Sahara’s living room floor, he had never felt such overwhelming pain in his life. At that very second, all he wanted to do was wrap Raya up in his arms and vanish out of the room with her to somewhere safe.

Yet, he couldn’t do it because she hadn’t accepted him as her mate. He couldn’t declare Raya as his before she chose to love him and no other man for all eternity.

He wasn’t going to waste his time jumping through unnecessary hoops like Jax and Zander had done to win the hearts of their mates. Since he was younger, smarter, and better looking, things with Raya were going to move a lot faster. She wouldn’t be able to resist him once he poured on the Irizarry charm. No other woman could tell him no, so why would she be any different?

She was a
Unique
woman, which meant technically she was already his and no other man could take her away from him. Still, the quicker he got the ritual over with, it would allow him to move on to something else like pushing her to see what a good decision she’d make by combining her hedge fund with his other businesses at Alpha Male Incorporated.

Truthfully, finding his mate hadn’t been as difficult as Jax warned him it might be. It hadn’t taken hundreds of years of waiting and worrying about “the sleep of the dead” taking over his body. Raya was only about twenty feet from him, in her bathroom taking a shower. He wasn’t about to let her get away. Not when he had so many good things planned for them.

She was one damn lucky woman to have been chosen as his mate forever. All he needed to do was make Raya fall in love with him, which wouldn’t be that hard since he usually had women fighting over him anyway. Thorsten gazed once more inside Raya’s dark bedroom before he vanished from her patio back to his house across town.

“Raya, my God, you look horrible,” Sahara said, looking at her from across the table. ”Are you okay? I have warned you about working so much. You’re spending way too many hours behind that desk trying to save your family’s hedge fund. Let your brother have it back again and he can sell it.”

Sighing, Raya looked out the window at the passing traffic. Of course, she probably looked like death warmed over. For the past nine months she had so much on her plate that getting a good night’s sleep was totally out of her realm. She was so worn out that she fell asleep at her desk yesterday at work. If a car hadn’t backfired outside her window she might have slept the day away.

“I’m not tired from working too much. I just haven’t been getting enough sleep at night because of these weird dreams,” she answered. “I dreamt there was someone in my bedroom talking to me in my sleep. I know I heard a man’s voice talking to me, but it has to be a dream because when I wake up the room is always empty.”

Sitting up straighter in the restaurant booth, Sahara gave her an odd look. “You heard voices in your bedroom?” she asked, watching her closely. “Are you sure about this?”

“I’m positive, but it wasn’t
voices
. I only heard one male voice and he kept telling me to come to him. How I belonged only to him. I swear it was
so
strange. I’m beginning to think your family is rubbing off on me. I mean, whose best friend gets turned into a vampire?” she whispered. “I’ve accepted it, but I still find it so hard to believe that you’re never going to age or die.”

“I know, but after being with Jax for so long I couldn’t imagine not having him in my life forever.” Sahara sighed, a dreamy look coming into her dark brown eyes.

“I never thought I would be so happy in my entire life. My career is red hot right now, so much that I got invited to perform at The
Billboard
Music Awards three weeks from today. I can’t wait to be back in front of a large crowd again. I missed out on it so much because of what Tyler’s father was doing to me. I hope Mr. Edwards stays locked away for a very long time.”

“I don’t think the surprise visit you paid him a few days ago will help him get released anytime soon,” Raya laughed. “I still can’t believe you appeared in his room and scared the shit out of him.”

Sahara stared back at her with a dark and unfathomable expression that scared her, and for once she saw more vampire than human in her best friend.

“He threatened me for months. I’d have killed him that day at my house. Not only for what he had done to me, but you as well. I hate him!” Sahara hissed in a low voice. “He deserves so much more than one midnight visit from me, but I can’t go any further because I promised Jax I would be good. He wasn’t too happy when he finally found out where I’d gone after he went to sleep. I have never seen him that upset with me before, but I had to do it.”