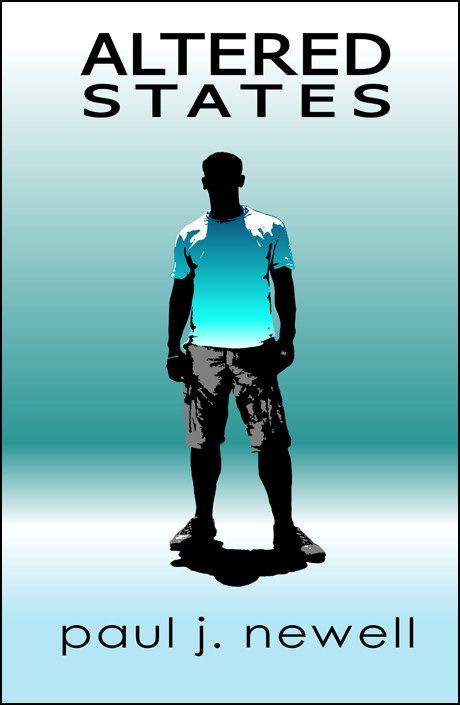 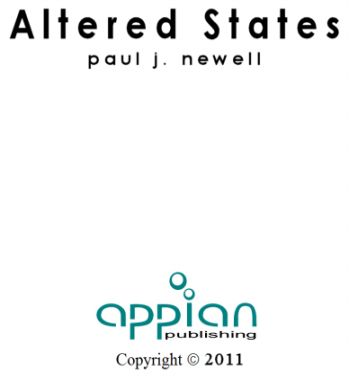 To Mum and Dad, with love.

With wholehearted thanks to Reina and Sam, for their tireless involvement, and without whom this book would exist only in a much poorer form, if at all. Thanks also to all of my other early proofreaders/sufferers whose keen eyes were gratefully received, and duly returned. And thanks to all of my friends and family who kept me sane despite my constant whinging and cantankerous ways.

In a more unwitting capacity, many great individuals contributed to the genesis of this book and I would like to acknowledge some of the
most
great here. First and foremost the Ming-bearded mind-botherer himself, Derren Brown, who provided the inspiration for this book in the first place, and indeed much brilliant material to draw upon. Additionally, of the many other influential items in my research the most significant include: the various early works of Richard Bandler & John Grinder; the superb Freakonomics by Steven D. Levitt & Stephen J. Dubner; a certain
New Yorker
article by Malcolm Gladwell; the moving
Independent
article and photography of Jason P. Howe; and, of course, the words and wisdom of Milton H. Erickson. See my website for more details if you so desire, but do please check out their splendid offerings.

The greatest challenge in life is knowing what you want from it.

This story is fiction. However, historical references to names, events, dates and research studies are accurate. The science used in this book is real. Theories based on this science are those of the author ... and might just be true as well.

A few moments later his mother steps into the room with an expression as serene as she is able, masking her deep despair.

The boy is paralysed with polio and he can barely speak, but he asks his mother to move his dresser; to push it up against his bed at an angle. She thinks he is delirious, but she is keen to comply with her son’s last wishes and sets about moving the dresser. The boy issues further instructions to move the dresser back and forth, until he is satisfied. His mother does not understand why, and he does not tell her.

Finally, he is pleased. By virtue of the mirror on the dresser at its new angle, the boy can see through the doorway of his bedroom to the west-facing window of the next room.

This was his desire. To see the sun set one last time. Now he could fade with the daylight.

When the sunset comes he sees it across the whole sky. He doesn’t see the tree or the fence or the boulder in its way. He knows they are there, but he stares at the sunset so intently that his mind blocks everything else out.

When the sun has set the boy loses consciousness.

But three days later, contrary to the doctors’ prognosis, he wakes.

For months he lays in his bed, unable to move anything but his eyeballs. With nothing to do but watch and think. Over these months he gains a unique understanding of the human mind.

An understanding from which the world would learn.

An understanding by which the world would be healed.

Ten years ago I died.

Okay, so I didn’t actually die, but as far as the rest of the world was concerned, I ceased to exist.

And right now I was ceasing to exist in a hot tub, in San Diego, sucking on a strawberry daiquiri. Doesn’t sound so bad, I admit. But there are a lot of things you don’t know right now.

For the last few months I had been staying at this generic apartment complex – sorry, unique residential community. I like these places. They are pleasant, in a fake kind of way. Everything was just-so: the buildings perfectly maintained; the grounds litter-free; the vegetation neatly manicured and far greener than the climate would normally permit. It was like living in an artist’s impression.

Occasionally, I paid a visit to the communal bathing area, but only at night. During the day it was way too busy with people sitting around looking at the swimming pool – seemingly content with bathing solely in its reflection.

Dotted around the pool were a number of hot tubs nestled under ornamental palm trees, and these offered a far more popular method of getting wet. I know they are massively decadent and a downright crime against the environment, but I appeased my guilt by reminding myself that they are also really warm and bubbly. Besides, I had bigger guilt issues to deal with in my life right now and this was my one method of escapism, of lubricating my ruminations.

As the bubbles jostled across my skin I leaned my head back and watched the breeze rustle through the broad leaves above. It reminded me of being a kid, when I used to imagine the wind as invisible giants brushing through the tress. That was how I explained it to myself back then. Explanations were so much easier to come by when you could invoke the service of invisible giants and the like.

Unfortunately, this night I had to conjure explanations without reference to a single mythical entity. And, moreover, I had to do so in the double-sized hot tub – the others being either out-of-order or occupied by canoodling couples. This presented the very real danger of interruption by outside parties, and sure enough my space was duly invaded by a bunch of drunken twenty-somethings. The male contingent were trainee pilots at the Navy base downtown. They were oozing so much charisma that a slick was beginning to form on the water. The girls of the party – Navy groupies presumably – lapped up all the macho bravado with flirtatious giggles. I did my best to be my super-sociable self but suddenly felt strangely insecure about my inability to land a helicopter on a boat.

Eventually, their beers ran dry, and the Navy crew all sloped off back to one-or-other’s apartment to smoke some dope. All but one girl, who returned with a tall jug of the aforementioned strawberry-based cocktail, apparently drawn to my quirky English accent.

We chatted for a while about nothing in particular and it was, well, nice. Simple as that. And if it had been any other day, that might have meant something. It might have led somewhere. But today there were a lot more elements to the equation. And I soon realised it was only going to balance one way.

I made my excuses to the hot-tub-girl and climbed out of the water. She gave an affronted shrug and plodded off into the darkness, leaving nothing behind but a set of evaporating footprints. But that didn’t matter. She was never going to register in my world. Not today. Instead she was consigned to the long list of fleeting blips that littered my personal timeline.

As I stood there, dripping wet and motionless, staring into the night sky, the words of the news clipping I’d read earlier that day replayed in my mind.

A forty-two-year-old man was arrested today in New Meadows, Nevada, in connection with the death of Pearle Jenkins. The six-year-old girl died a year ago, reportedly from a rare viral infection. Police have released no further information as to what role the man is alleged to have played in the girl’s death, but the arrest has aroused suspicion surrounding the circumstances of the incident...

This was not something I would have chosen to know – not anymore. I had already mourned the passing of Pearle Jenkins once. And although I played no part in her death, in some ways the event itself marked the culmination of all the bad decisions I had made in my life. The point when all my mistakes had manifested into a personal demon that struck a shard of guilt to the core of my soul.

And that was my moment.

That was
my
moment.

It took me to a new dark place in my life. It took me to the edge of a million-gallon vat of whiskey that I was all ready to drown myself in.

But with this news the darkness came flooding back in like an unstoppable tide. I had no choice. I could not leave this behind – I could never outrun it.

I packed a few things into my rental Pontiac and started the six-hour drive to New Meadows.

A man stood at the corner of the street, one foot flat against the wall behind him. His skin was pale and tired and was framed by a shock of unkempt hair. He took out a cigarette and a rip-off Zippo lighter, and brought them together in a motion long-since committed to muscle-memory.

And then he waited.

He was one of the nameless, faceless thousands who felt there was no other route than this one, his chosen career path; though the statistics did not make for an inviting set of Terms & Conditions. Over the next four years he could expect to be arrested seven times, suffer three serious non-fatal injuries and stand a one-in-four chance of being killed.

For all this he would earn less than the minimum wage, spend most of his days in the stairwell of a condemned building, and continue living with his mum on the sixteenth floor of a community housing project high-rise. Such were the attributes of his glittering occupation.

He was a rank-and-file dealer at the bottom of a very large pyramid. He wasn’t even a proper member of a gang yet. He just paid his dues for protection and the right to sell on their turf. There was none of the glamour others associated with his trade. Only hard labour, high risk and poverty.

So why did he do it? Why does anyone do it?

He knew how the guys at the top lived. These were the men who engendered respect and wielded power; the ones with the girls and the cars and the diamonds.

Looking up at these superstars of the underworld made many youths understandably star-struck. They were lured like the children of Hamelin.

It was no different than the young woman who abandons her career and moves to Hollywood to wait on tables; doing the photo-shoots and bit-part auditions, holding out for her big break in the movies. The chances of making it were tiny, the risks were huge, but the incentives were astronomical.

And we all operate by incentives.

A man approached the dealer on the street. A new man; one the dealer didn’t recognise.

‘S’up?’ the stranger said with an upward nod of the head. ‘Yo holdin’ any threads?’