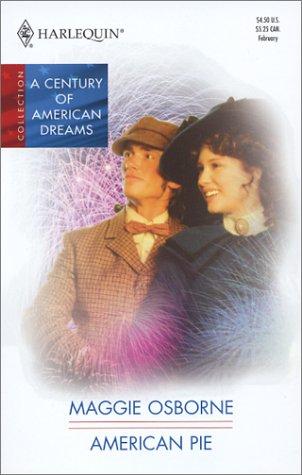 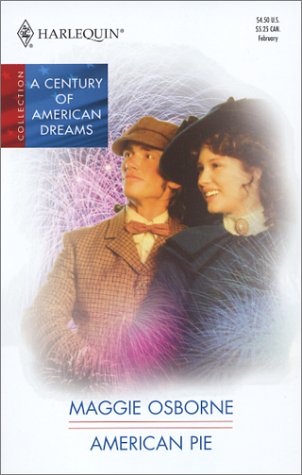 The kitchen stove burns wood or coal. Clothes are scrubbed on a washboard. Soap costs four cents a bar, coffee retails at twenty cents a pound and a plain gold wedding band can be had for $1.50.

The eighteen-inch waist is the ideal for women, whose corsets are made of canvas and steel. Men use petroleum jelly to mold their handlebar mustaches and keep their hair in place.

Suitors escort their ladies fair to nickelodeons for an evening's entertainment. And chaperons cool the fires of young love.

It is a slower time, a time almost vanished from memorypreserved only in sepia-toned photographs and the treasures of Grandma's attic.

It is a time of gaslightof grand dreams and great loves.

It is the time of Lucie Kolska and Jamie Kelly

is the bestselling author of nearly sixty category and historical romance novels. A former National President of the RWA, and a co-founder of Novelist's Inc., she is regularly featured in the Doubleday Book Club and is published all over the world. She has also been featured in audio and large-print editions, as well. Maggie has won many awards including a RITA® Award (she has been a finalist seven times) from the RWA, Best Category Novel of the Year from Romantic Times (for Love Bites , American Romance) and the prestigious Lifetime Achievement Award from the RWA. Maggie enjoys working with aspiring authors, and is a popular speaker at writer's conferences all over the country. She lives in the Colorado mountains with her husband and way too many animals.

More than twelve million immigrants entered America through Ellis Island. Many of them passed through New York City's lower East Side. They lived, died, loved, despaired and labored to create a better life for themselves and for those who would follow. Their hopes and dreams helped build the America we love and cherish today.

This book is dedicated to those courageous men and women. We have not forgotten your struggle. We remember.

First published in 1990 under the name Margaret St. George

® and TM are trademarks of the publisher. Trademarks Indicated with ® are registered in the United States Patent and Trademark Office, the Canadian Trade Marks Office and in other countries.

Seen from the water the main building on Ellis Island resembled a sprawling red-brick palace replete with soaring turrets and sun-tipped domes, a formidable island fortress guarding the portals to America. Those immigrants standing at the ship's railing swallowed hard and gripped the rail in mounting anxiety. What occurred on this small island and within that intimidating, authoritative-looking building would decide whose dreams came true and who would be denied entrance to the world's depository of hope.

Lucie Kolska, pale and trembling with nerves and trepidation, followed her cousin Petor up the wide sweep of the grand staircase and finally into a cavernous hall with a ceiling so high that two trapped birds darted and swooped beneath the arches. Hundreds of people milled about in confusion until a uniformed official herded them into the famed Ellis Island pens. Like cattle, they entered a tortuous maze defined by iron pipe rails that wound toward the front of the enormous hall.

Though the din in the room was thunderous, Lucie imagined she could hear the fearful pounding of her heart. From this day forward she would never hear mention of the Tower of Babel without remembering Ellis Island. Fretful voices called and shouted questions in a dozen languages. Uniformed men yelled instructions. Hawkers from the booths near the door screamed enticements to visit the money-changing booth, the job-placement counter, the transportation center. If the noise wasn't enough to cause a headache, the odors were. The smell of nervous perspiration and closely bunched humanity overhung the packed lines like a sour miasma. As Lucie inched through the pens toward the medical examiner and the immigration authorities, she smelled urine, sweat, soiled clothing and occasionally the sharp fatty pungency of sausage.

One hour passed, then two, and still the line stretched in front of her, moving forward at a snail's pace. Heat mounted in the room and an elderly woman to Lucie's right fainted. And with each step forward, the level of anxiety increased. Lucie wet dry lips, then touched her glove to the numbered tag pinned to her coat. It would have been comforting to know what to expect. The medical examiner did not frighten her too badly; she knew she was strong and in good health. She didn't cough or limp as some did; her eyes were not red or crusted. She had no unusual growths, no skin eruptions.

"Stop biting your lips, it makes you look suspicious," her cousin Petor advised from directly behind her. "They'll think you're an anarchist."

"Me?" The idea was absurd but her heart lurched. Here was one more thing to worry about. Instead of chewing her lower lip, she twisted her gloves around the rope handle of her reticule.

"Number four hundred and eighty-two," a uniformed official called a moment later, screaming to be heard above the pandemonium roaring through the hall.

Lucie started violently, then stood paralyzed with fear and dread, her eyes as wide as daisies. She felt as if giant fingers squeezed her chest and she could not breathe, could not step beyond the iron pipe rails. Petor gave her a gentle push breaking her paralysis, and she stumbled forward.

The official inspected the tag pinned to her coat, requested her name, then placed a check mark on his list. "In there," he said indifferently, jerking his head toward a door behind him.

Lucie swallowed hard, pressed both hands over her thudding heart, and glanced back at Petor hoping for a nod of encouragement. But her cousin's expression indicated he felt as worried as she about being returned to Poland. Please, God , she prayed silently before she drew a deep breath, squared her shoulders and timidly stepped into the medical examiner's room.

"Over here," someone called. Ordinarily Lucie considered herself a capable young woman, able to contend with life's exigencies, but these were not ordinary circumstances. So much depended upon the next moments.

The examination room was larger than she had expected, partitioned into cubicles created by cloth hung over lengths of rope. While the arrangement allowed adjustment for greater or lesser numbers of cubicles, the cubicles provided scant privacy as the fronts were open for all to see into. When her summons was repeated in French and German, Lucie started and hurried forward, murmuring apologies and averting her eyes from an anxious-looking man disrobing in the far corner. A large dark growth covered the upper portion of his chest.

"Doctor John Waithe with the United States Public Health Service." After introducing himself, a balding man beckoned her forward with an impatient gesture. He matched the number on her coat to the papers he held, then ordered her to walk back and forth along the wall, watching to see if she limped. "There is nothing to fear," he said in a voice that sounded tired. He studied her closely, then made a series of rapid checks down a form. "Sit down, please."

Dr. Waithe's expressionless assurance did nothing to calm Lucie's racing heart, and her mouth was so dry she swallowed repeatedly. While he peered into her eyes, checking for trachoma, and examined her ears, throat and teeth, Lucie tried to see what was happening to the man with the growth on his chest. When the doctor instructed her to rise, she turned toward the cubicle opening and saw the man in the corner had dropped his head in his hands and was sitting in silence as his wife screamed and wrung her hands.

No More Tears in the End by Glenn, Roy
I Know Where the Bodies Are Buried by Clarke, Oliver
London Labour and the London Poor: Selection (Classics) by Mayhew, Henry
Murder at Mullings--A 1930s country house murder mystery by Dorothy Cannell
Family Affair by Barnes, Marilyn E.
Call of Shadows: A Fearless Series Short Story (The Fearless Book 0) by Terry Maggert
Stiff News by Catherine Aird
Never Cry Wolf by Farley Mowat
Vineland by Thomas Pynchon
The Red and the Black by Stendhal
Our partner