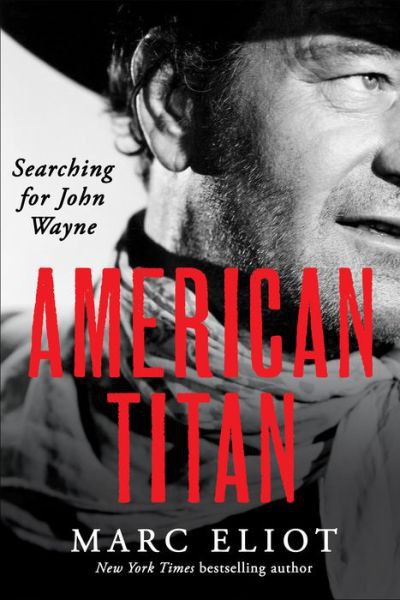 It’s just like I always said, that John Wayne, an actor, was more important to the mass psyche than any single American president. His longevity, his penetration—all of that ultimately has affected how human beings behave, what choices they make, who they think they are, more than any straight pragmatic political action and groupthink.

“If I’d known this was all it would take, I’d have put that eye patch on forty years ago.”

On April 7, 1970, the night of the forty-second presentation of the Academy Awards, Hollywood’s annual celebration of industrial-strength narcissism, film’s elite gathered at the Dorothy Chandler Pavilion in downtown Los Angeles to honor the pictures, actors, directors, cinematographers, screenwriters, and other skilled artists and technicians that were chosen by the Academy’s voting members as the “best” of the previous year.

John Wayne, nominated for his performance in Henry Hathaway’s
True Grit,
faced strong competition: Richard Burton in Charles Jarrott’s
Anne of the Thousand Days,
a star vehicle for the hugely popular Burton and the odds-on favorite in Vegas; Dustin Hoffman for his scarily brilliant work in John Schlesinger’s blistering
Midnight Cowboy;
Jon Voight in the same film for his poignant depiction of innocence corrupted; and the magnificent Peter O’Toole sorrowfully wasted in the cringe-worthy, no-chance musical version of
Goodbye Mr. Chips,
directed by Herbert Ross.

Three significant events took place that evening. The first was the official acceptance of late-bloomer Jack Nicholson into the Hollywood mainstream, who would go on to dominate it for the rest of the twentieth century and into the first decade of the twenty-first. He was nominated as Best Performance by an Actor in a Supporting Role, for his portrayal of the sympathetic, charming, and exceedingly vulnerable Hanson, a relatively small role that not only yielded an utterly unforgettable performance but signaled a cultural shift in American movies’ image of who and what a hero was.

The second was the awarding of a noncompetition, honorary Academy Award to Cary Grant, one of the giants of the industry’s golden age. Grant’s film career began in 1932 and lasted until 1966, when, still at the top of his game, he wisely chose to retire from the industry and go out on top. Now, four years later, he was finally being recognized for his remarkable accomplishment in helping to establish the iconic image of the romantic Hollywood leading man. It was hard to believe that Grant, who had appeared in so many films for many of Hollywood’s greatest directors (some greater than others, but most arguably made their best films with him), among them Alfred Hitchcock, George Cukor, Howard Hawks, Frank Capra, Leo McCarey, Stanley Donen, and Michael Curtiz, had never been officially acknowledged by his peers with a competitive Oscar. Grant, who was considered a troublemaker by the major studios because of his insistence on going freelance in an age of contract players, the first to do so and the first to pay for his freedom by being refused a real Oscar, was reduced to tears when, late in life, he finally received his honorary statuette.

The third, and perhaps most fascinating, was the competitive Best Performance by an Actor Oscar that John Wayne won for his self-parodic performance as Rooster Cogburn. Of the 164 movies he made in his long and brilliant career, including the twenty-four he did with John Ford,
True Grit
is perhaps the least Oscar-worthy in terms of pure cinema. However, for his long-overdue recognition—17 of the films he appeared in were among the 100 highest-grossing films of all time, collectively grossing more than $400,000,000 (in twentieth-century dollars), and since 1951 he had consistently placed among the top ten box-office stars—this was the one Hollywood chose to acknowledge Wayne’s great contribution to American movies.

His astonishing body of work, those 164 movies over a fifty-year span, where he upheld not just the law of the land but “the American way,” defined him as Hollywood’s iconic Indian-fighting (and later on Indian-defending), two-fisted, six-gunned, wagon-trained, swinging-bar-doored, maiden-preserving, democracy-defending all-American hero, the most enduring on-screen symbol of the vanishing prairie. And, although he was never in the military, he fought America’s enemies in World War II with patriotic propaganda films that came complete with recruiting stations set up in theater lobbies. He was an avowed enemy of Communism and especially American Communists. At the height of his career, he set about to rid Hollywood of both and did a fairly effective job. However, by age sixty-three, with the wear, the tear, the weariness on his craggy face, with cobra eyes that looked almost Asian, and the sagging body of a Hollywood life ridden hard and put away wet, he was considered passé by Hollywood’s young ’70s honchos, some not yet even born when Wayne made some of his best movies.

In the Hall of the Dragon King by Stephen Lawhead
Libros de Sangre Vol. 2 by Clive Barker
Bestiario by Juan José Arreola
Conquering a Viscount by Macy Barnes
Retribution by Cairo
The Welcome Home Garden Club by Lori Wilde
The Truth About Death by Robert Hellenga
A Grave Exchange by Jane White Pillatzke
The Last Song of Orpheus by Robert Silverberg
Wolf Slut, The Complete Bundle by Sykes, Celia
Our partner