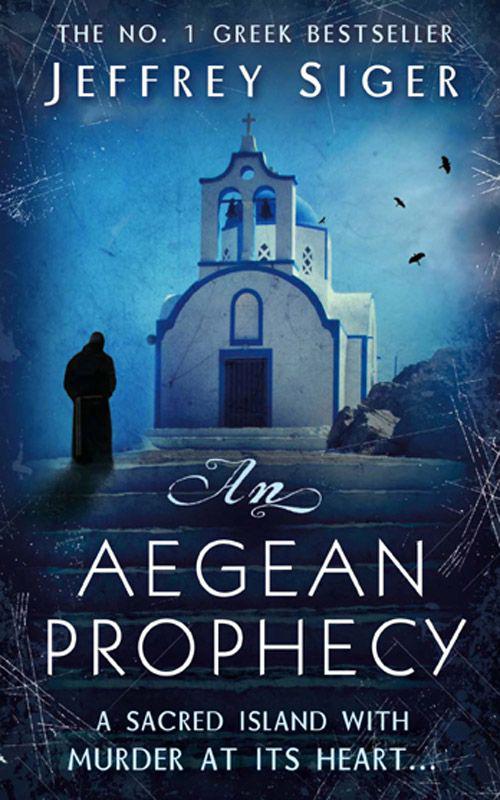 Jeffrey Siger
was born and raised in Pittsburgh, Pennsylvania. He practiced law at a major Wall Street law firm and, while there, served as Special Counsel to the citizens group responsible for reporting on New York City’s prison conditions. He left Wall Street to establish his own New York City law firm and continued as one of its name partners until giving it all up to write full-time among the people, life, and politics of his beloved Mykonos, his adopted home of twenty-five years, and spear fish in its Aegean waters. When he’s not in Greece, he enjoys his other home, a farm outside New York City.
Murder in Mykonos
, the first in his Chief Inspector Andreas Kaldis series, was the number one best selling English-language novel in Greece. The Greek press has described him as a ‘prognosticator’ of Greece’s societal unrest and attitudes.

‘This is international police procedural writing at its best’
Booklist

‘With ten million Greeks, half of who think they are writers, how come we had to wait for a foreigner to come along to write such a book!’

To my children, Jonathan and Karen,
and my grandchildren. All joy.

And, of course, Aikaterini Lalaouni.

In antiquity, Greeks were driven to action by their gods. Today, Greece is a land of unwavering faith in God and a unique commitment to the Eastern Orthodox Church as an integral part of its way of life. To write about Greece and ignore the church is as foolhardy as any surgeon seeking to understand his patient without attending to the heart. This, though, is a story, made-up, a fiction. It touches upon faith in a manner intended to compliment and complement, not offend. But if I failed, I apologize. 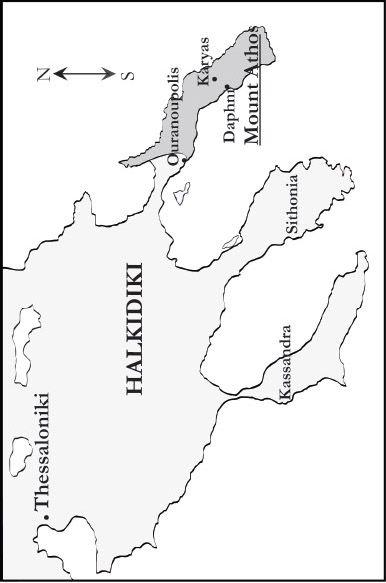 There was an unnatural cadence to the man’s walk. Maybe it was the uneven stone lane. But he’d walked this path ten thousand times, though not so soon before first light. Still, he knew it well enough. He paused, as if to listen, then moved five paces and paused again. In the shadows outside the monastery’s wall, his black monk’s
rasso
was long enough to conceal his body and the short, flat-topped
kalimafki
his hair, but neither hid his snow-white beard. Perhaps he should have been looking as carefully as he listened, but it wouldn’t have mattered. The men stood quietly at the bottom of the path, just beyond where it opened into the town square. He could not see them.

Andreas had told Lila he’d be home early. Forget about it. Here he was yelling over the noise of a military helicopter commandeered by his boss, the minister of public order, to
get Chief Inspector Andreas Kaldis, head of the Greek Police’s Special Crimes Division, and his assistant, detective Yianni Kouros, out of Athens and over to a northern Dodecanese island close to Turkey ‘before all hell breaks loose.’

‘There’s no reason for him tossing this mess in our laps. No damn reason at all.’

Kouros shrugged. ‘I don’t know, Chief, maybe the minister thought a monk turning up murdered the Sunday before Easter in the middle of the town square on the Holy Island of Patmos qualified as a special crime?’

Andreas ignored him. They’d worked together long enough for him to let the younger man tease him, at least when they were alone. Besides, Kouros was right. Throat cut, everything but the monk’s crosses taken. Hard to imagine anyone who’d kill a monk being considerate enough to leave them behind.

The two-hundred-mile flight east from Athens took a little more than forty minutes. They landed at a heliport next to a hilltop military installation. There was no airport on Patmos, and lacking permission to land a helicopter, the only way to reach the island was by boat.

Patmos was a nine-mile-long, thirteen-square-mile, dark beige and green ribbon of fertile valleys, rocky hills, eclectic beaches, and crystal blue bays. Slightly more than half the size of New York City’s Manhattan, with three thousand perman ent residents, it was far less developed for tourism than the better known western Aegean Greek islands of Mykonos and Santorini. Visitors came here for serenity and a slower-paced, spiritual holiday, seeking enrichment for the soul rather than excitement for the body - or so the church liked to think.

The road from the heliport snaked south, down toward the port area known as
skala
, with its ubiquitous one-, two-, and occasional three-story buildings filled with tourist shops, restaurants, hotels, bars, and clubs facing east across the harborside road. The police car made its way through the port, turned right at the first road past the post office, and headed toward the mountain road leading to Patmos’ ancient
chora
, perhaps the most desired and beautiful village in all of Greece. During the summer, its quiet lanes and simple but elegant stone houses were home to members of Greece’s former royal family, current and past government leaders, and understated wealth and power from around the world.

Andreas sat behind the driver as the police car wound its way up to Chora along a two-mile band of road lined with eucalyptus. It was Andreas’ first time on the island, and like every other tourist, he couldn’t help but stare down toward the port. It was an extraordinary view: green fields and olive trees against a sapphire sea laced with muted brown-green islands running off to the horizon, a scene from antiquity.

The driver said, ‘Locals say this is the same view as he had when he wrote
The Book
.’ He paused. ‘And right over there is where he did it.’

Andreas didn’t have to ask who
he
was. On Patmos there was only one
he
. They were almost halfway up the mountain and tourist buses were parked everywhere.

‘The entrance to
The Cave
is over there.’ The driver gestured with his head to the left. ‘You should see it if you have the chance.’

Andreas thought to remind the young cop that this was a murder investigation, not a sightseeing tour. But he let it pass.
After all, this spot was hallowed ground to much of the world: the cave where Saint John wrote the Book of Revelation, the apocalyptic tale of the end of the world - or its beginning, depending on your point of view.

‘Take a look at that.’ It was Kouros pointing up the hill toward a monastery. It dominated the hilltop.

‘That’s the Monastery of Saint John the Divine. It controls the island. What the monastery wants, it gets. What it doesn’t want, doesn’t happen,’ said the driver.

Andreas looked up, wondering not for the first time, why me? Yes, theoretically his unit had jurisdiction over any crime in Greece considered serious enough to warrant special attention, a unique and feared position in a politically sensitive department, but for practical purposes there was no way he could keep up with all the serious, big-time crime threatening Athens, let alone the rest of Greece. Sometimes he wondered if that might have been the plan: give him too much to do to accomplish a single thing. If so, he’d sure as hell surprised more than a few high-profile bad guys now serving time.

I’ve never been here, Andreas thought. I have no connections here. Why did the minister say I’m ‘the only one in Greece’ qualified to conduct this investigation? The Byzantine thinking of his superiors never ceased to amaze him. If this was just a mugging turned cutthroat, as the Patmos cops had reported to the ministry in Athens, they were far more qualified than he to find the locals responsible. On the other hand, if there were something more, the ministry knew better than to expect political correctness or a coverup from Andreas. Threats and tenders of bribes only pissed him off more. Perhaps this was one of those rare cases where politicians
didn’t care about scandal as long as the guilty were caught. Yeah, and maybe he should go back to believing in the tooth fairy.

Cara O'Shea's Return by Mackenzie Crowne
The Gift of Pets: Stories Only a Vet Could Tell by Coston, Bruce R.
Trilogía de la Flota Negra 2 Escudo de Mentiras by Michael P. Kube-McDowell
The Sign by Khoury, Raymond
Into the Fire by Pam Harvey
Naturally Bug-Free by Hess, Anna
Juice: An Alpha Male Billionaire Romance - Part 4 (Juice: The Series) by Starke, Victoria
The Makeover by Thayer King
The Absolution of Aidan (The Syndicate Series Book 3) by Kathy Coopmans
Scrappily Ever After by Mollie Cox Bryan
Our partner