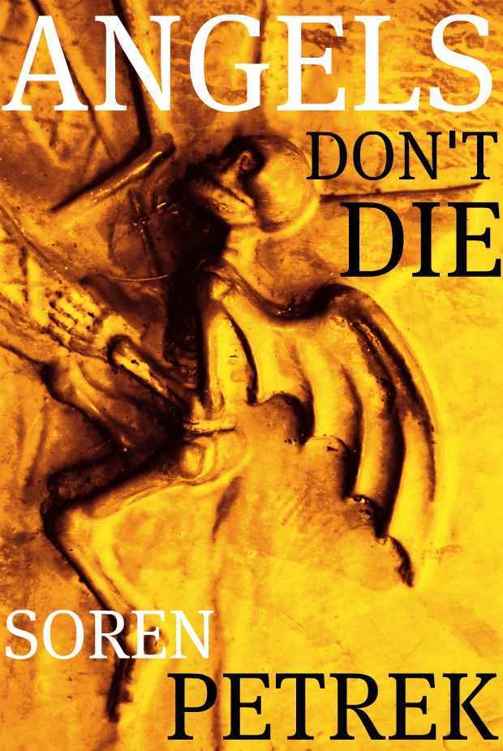 Remember me as you pass by,

As you are now, so once was I,

The tinkle of the ice in his glass was the only relief from the Jerusalem sun Tracy could find as he huddled under the meager shade of the cafe umbrella.  But he hardly noticed it.  He reached out his hand and took Rachel's in his, amazed that after so many months of trying, she was with him.

The couple sat outside a café watching the market area come alive. Vendors fanned charcoal fires, sending enticing smells into the air.  Merchants raised awnings over small shops displaying everything from jewelry to clothes and spices.  Farmers, who had been there since before sunrise, rearranged the produce remaining after their early customers had picked it over.

“It's going to be busy today,” Rachel said, sipping an early morning cocktail and glancing out into the square.

“Busy and hot,” Tracy said wiping his face with a napkin.  “I don't know if I'll ever get used to this heat.  You never even seem to sweat.”

“You make me sweat,” Rachel flashed a seductive smile at Tracy, reaching out to poke his inner thigh with a sandaled foot.

“You're just bad,” Tracy laughed.  “But I'm not complaining.”

“You did enough of that in training,” Rachel teased.

“Well, it was like you stayed up at night thinking up different training tortures for me.”

“My government wanted to make sure the NSA's best and brightest got a taste of real Mossad training,” Rachel said, giving him a lascivious wink.

“Either that or kill their agent,” Tracy said.

“Oh, you poor baby.  Haven't I soothed your aching body?”

“Neither were you an hour ago.”

“You shouldn't sun yourself on the patio in that tissue paper thing you call a bikini.”

“You could have carried me inside, besides, it’s 1973 and all the girls wear them.”

“At that very second, I probably couldn’t have carried you inside,” Tracy said leaning back in his chair with a satisfied grin.  Rachel reached out for his hand, cupping it in hers.

The smell of roasting lamb wafted over the table.

“I'm hungry,” Tracy said, looking over his shoulder for the source of the delicious smell.

“I’m hungry too, and that lamb smells wonderful.  How about a picnic lunch?  I'll get some kebabs and one of those little melons,” Rachel said gesturing towards one of the fruit carts.

“You just rest yourself there.  Finish your drink.  You can buy a nice bottle of wine and we’ll eat down by the fountain.”

“Nice, like expensive?”  Tracy quipped.  “The food will be a lot cheaper.”

“Yes, I know,” Rachel said, gliding away from the table shooting Tracy a teasing smile over her shoulder.

Tracy watched her walk away, her lean athletic body flowing into her curves.  Her olive skin wrapped the present he knew he'd been given.  He was in love.  He’d never known a woman like her.  From the first day they’d met, he knew she was something special.  She was a merciless tease but tempered it with compassion and intelligence.  He would never get tired of being amazed by her.

As Tracy watched Rachel walk towards the center of the market, his eyes weren't the only ones following her.  A young man on a motorcycle watched from the far end of the market as she moved forward.  He wore blue jeans and a bulky jacket that seemed out of place for the blistering heat that was building.  He fingered a small detonator concealed in his pocket, wired through a hole that led to an explosive charge wrapped around his waist.  At the opposite side of the square, across from where Tracy waited, three men peered around a drawn shade in an empty shop and waited.

Rachel stopped at the lamb seller’s kiosk and pointed towards the pieces she wanted.  Immediately, the motorcycle began to move in her direction.  Slowly at first, weaving through the crowd, looking for a straight shot towards his target.

Tracy idly watched the motorcycle approach from the far end of the square.  Motorcycles and bicycles were common place, but something about the way the man sat his ride triggered his instincts, and as he watched the bike move closer he felt a growing sense of alarm, and he stood.  Tracy’s counter terrorism training focused his mind on the motorcycle. Increasing tensions between the Israeli and the Arab worlds led to more saber rattling and more attacks. He took a step forward.  He needed to be sure.  Without warning the bike's engine screamed as it shot forward, causing Rachel to spin in the direction of the sound.  Her right hand jerked a pistol from the small of her back as she faced her attacker, turning her body in profile to the assault to make herself a smaller target.  She shot a glance at Tracy as he ran towards her, a mask of resolve etched on her face.  She fired twice at the motorcycle as it careened towards her; in death the rider's thumb depressed the detonator, shredding everything within twenty yards.

Running at full speed, Tracy was hit by the blast and a shower of blood; the biker was vaporized as he was thrown back from the explosion.  His adrenaline fighting his disbelief, he rolled to his feet; staggering forward towards the place Rachel had been an instant before.  His clothing and face were crimson with the blood and bits of bone that had been his whole life just seconds earlier. The world was silent. His ears rang from the blast as he wiped his face to try to clear his vision.  A sharp blow to his midsection and a gun butt to the back of his head stunned him, and rough hands dragged him out of the light and into darkness.  A needle pierced his arm, and his anguished scream for Rachel died in his throat as the drugs took him away.

Madeleine shoveled compost into the soil of her herb garden adjacent to the Cafe Provencal, her modest French restaurant.  She had helpers who could have done the job just as well, but she liked the connection she had to the ingredients with which she cooked. The majority came from several outstanding local farms, but the herbs she tended to personally.

She loved the feel of the sun on her back and shoulders.  Missouri winters had always seemed too long, and they were even longer now as she approached her fiftieth birthday.  She felt her age a little more each day as she carried out the physically demanding tasks of running a busy restaurant.  She was lucky, though; her body had remained lithe and her black hair only hinted of the grey to come.  Everywhere she went in the little town, men still stole glances at her.

Turnkey (The Gaslight Volumes of Will Pocket Book 1) by Lori Williams, Christopher Dunkle
Shackled by Tom Leveen
DivineWeekend by Francesca St. Claire
Origin by Jennifer L. Armentrout
Life Would Be Perfect If I Lived in That House by Meghan Daum
Loose Ends by D. D. Vandyke
Driving Blind by Ray Bradbury
The Beatles by Bob Spitz
The Fly-By-Nights by Brian Lumley
Release, book 3 of The Angler series by Nicholas, Annie
Our partner