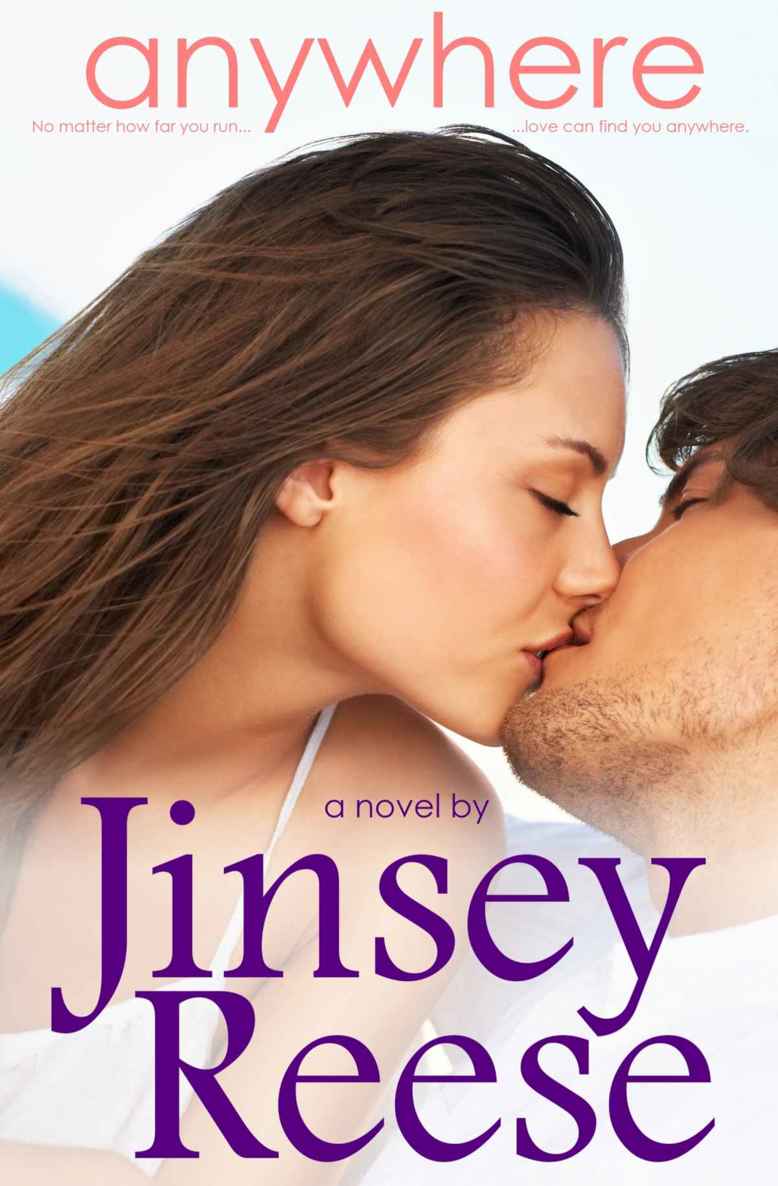 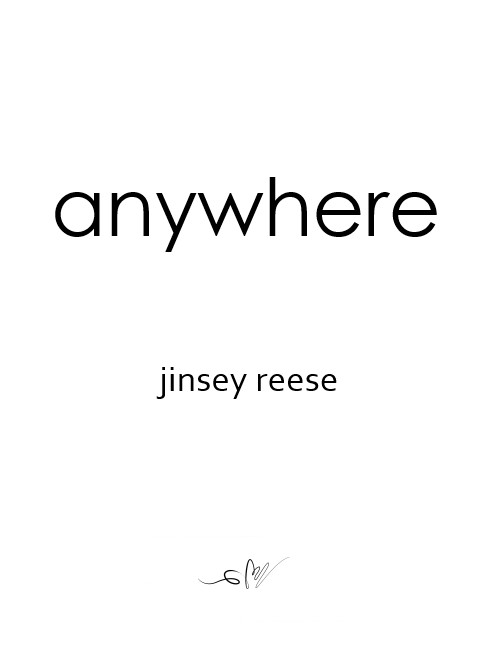 (I'd go anywhere with you)

“D
o you think there’s a phrase for this in French?” Paige called out from the tiny yellow bathroom, her voice wobbling. She looked so pale and awful with her cheek resting on the toilet seat, her eyes closed against the nausea. We’d been stuck for three days now in our cheap room with the dull brown comforters, lumpy beds, and cigarette smoke wafting in through the open windows.

The only thing Paige had done so far was throw up. And feel like throwing up. And sleep.

The only thing I had done was watch her. And feel bad. And worry.

All those years I’d imagined what my first time in Paris would be like…it definitely hadn’t been this.

“A phrase for what?” I said, and leaned against the doorway, watching her. God, she looked terrible.

“I thought it was called hugging the porcelain god.”

“Whatever.” There was a ghost of a smile on her lips and a few wisps of light auburn hair slipped down her face. She brushed them back, tucked them behind her ear, and took a deep breath.

“I’m sure they must. The French have words for practically
everything
.”

“Stop apologizing.” I pulled my hair back into a ponytail, and sank down to the floor next to her, the coldness of the tiles seeping through my jeans. “It’s not your fault. As soon as you’re better, we’ll really start our trip. I just wish you weren’t so sick.” I reached over and put my hand on her forehead. It was cool, a good sign. “It’s probably just food poisoning. That mystery meat you ate on the plane might have been bad, you know? And since you ate mine, too…I think that’s got to be it.”

“I was hungry. Like really, really hungry.” She sighed, opened her honey-colored eyes. She looked confused. “I’m actually hungry right now. And nauseous.” She shook her head. “How is that even possible?”

“How about I go get us some bread? There’s a bakery down on the corner.” It was so nice to have a reason to leave the hotel—I’d take any opportunity I got. I mean, I was in
Paris
. “And, hey. Look at it this way—it’s just food poisoning. It’ll pass. It’s not like you’re pregnant, right?”

I forced a laugh, but inside I was shuddering. Morning sickness scared the crap out of me because my mother had been horribly sick the entire time she’d been pregnant with me, something she reminded me about EVERY time I upset her in some way. I’d spent a lifetime hearing about it.
Throwing up every single day for nine months,
she’d say.
I’ve never felt worse in my life and now this is how you repay me?

To hear her talk about it, you’d think she’d never have any more kids. And maybe she hadn’t planned to, because my brother didn’t show up until I was five. She hadn’t been sick with him, though. Apparently I’d been the torturous child.

My being in Paris at the moment was my worst offense yet. In fact, I’d been reminded of it every single day since I’d dropped everything and decided to backpack through Europe. (And I do mean EVERYTHING.) I wouldn’t be surprised if everyone had gotten an earful about my lack of gratitude when she’d had to call them.

“Seriously,” I said, “can you imagine feeling like that for nine months?” I shook off another shudder.

“God, no. That would be…” Paige’s voice trailed off as I walked over to the drab little dresser to grab my bag. Then I checked our mini fridge to make sure there was still enough ginger ale. “Oh…shit.”

“Does anything else sound good to you? Maybe some brie?”

Paige had lifted her head, eyes wide, mouth hanging open. And she was staring at me.

“What? Does that sound gross?”

She shook her head, and her braid slipped off her shoulder. “Skye…I…Oh my god…” She had this look of dawning horror.

No. It couldn’t be. I’d been joking when I said it.

“I’m trying to think,” she said in a tight whisper. “It’s been a long time, like I can’t remember how long at the moment. With graduation and then everything with you, I just didn’t notice.” She looked at me. “What am I going to do?”

Danny—Paige’s boyfriend—flashed into my mind. I’d known him since way before he and Paige had even thought about dating because he was Blaine’s best friend. When he and Paige had hooked up, it had been so much fun to be best friends dating best friends. It had almost been enough to make me want to stay with Blaine. Almost.

Danny had accompanied us to LaGuardia even though I’d insisted we could do it ourselves. I mean, we were on our way to backpack around Europe. By ourselves. If we couldn’t make it to LaGuardia on our own, we had no business going on the damn trip.

But Danny wouldn’t take no for an answer. I think he just didn’t want to say goodbye until he had to (and if their kiss at the airport was any indication, I’m totally right). And he was probably peeved at me for taking her away from him for the next several months (not to mention the fact that I was running out on his best friend).

The trip to Europe hadn’t exactly been the plan for this summer. At least not the most
recent
plan, although I’d had my heart set on it for the past four years. Graduate from college, spend the summer backpacking across Europe, then figure out what the hell I wanted to do with my life. My mom had nixed the idea when I wanted to go right after high school (I’d already gotten my passport by then, and my guidebooks were well on their way to becoming dog-eared) and suggested I wait until after college. She’d probably been hoping I’d lose interest, but if anything, it made me more focused on going.

Then things changed. Or got changed. Blaine happened junior year. And my plans were pushed aside.

Until five days ago, that is, when I’d called Paige in a panic and asked her if, instead of being my maid of honor, she wanted to spend a couple of months in Europe with me. I may have begged and pleaded, too. And I cried when she said yes without even thinking it over.

But that’s my Paige. The girl doesn’t have a practical bone in her body. She never thinks things through and is the first to agree to ANY scheme or adventure. I love that about her.

We’re polar opposites, me and Paige. And somehow a perfect fit. She brings out the wild in me and I inspire her to be more practical—at least every once in a while. Truth be told, I need the wild more than she needs the practical. We’ve been friends since the first day of freshman orientation. Paige is just…she’s the best.

And I couldn’t believe she might actually be pregnant. Or well, I could because she’s
Paige
, except that’s the one area of her life where she’s always been ultra careful. She always has a condom in her pocket or bag just in case. ALWAYS. And is very strict about using them every single time—no ifs, ands, or buts.

“Okay,” I said, grabbing her a soda. “I’m going to run out for the bread, brie, and a test. Because you should take a test, right?”

“How am I going to read the directions?” she wailed. “They’ll be in French!” She’d come out of the bathroom and was crawling onto her bed. I handed her the soda after she collapsed in a dramatic heap.

“We’ll figure it out. We can look it up online, find them in English. It’ll be fine.” I grabbed my room key and paused at the door. “I’ll be back soon. You okay?”

She lifted her head and nodded, looked like she was fighting tears. I had to get out of there. Paige didn’t like to cry in front of people. Not even me most of the time, and I’m her best friend. I slipped out the door and hurried for the stairs.

Our hotel was an old building and a little crumbly around the edges, but the price was right when you were hoping to live on fifty dollars a day. We hadn’t planned to stay in Paris right away, so we didn’t have reservations at any of the hostels. The ones we’d called had been booked up tight so this little hotel was our Plan B.

My entire summer was turning into one giant Plan B.

It’s funny how sometimes when you have things all worked out a certain way, you decide it’s not actually what you want anymore. That you’ve been planning your life around someone else’s dreams and you realize (just in time) that you REALLY don’t want that to be your life. I was so relieved to get on that plane in New York, if only so I could think. I couldn’t do that with Blaine calling me every day and my mother going on and on about how many times she’d puked.

And, as horrible as this sounds, it was a relief to have something else to worry about. I didn’t want Paige going through this, that’s not what I mean, but I was grateful for the distraction all the same.

The little old man at the front desk gave me directions to the nearest pharmacy after I asked, all red-faced, where I could buy a pregnancy test. An hour later I was back with a test, fresh baguette, and brie in hand.

“Mm-hmm.” She was laying on her bed, eyes closed, her face looking not quite so pallid. Maybe the soda had helped.

“A little. Did you get it?” She looked at me, worry plain on her face. I nodded and handed her the pharmacy bag. She stared at it a moment, then got up slowly and went into the bathroom.

The first time I’d seen Paige she was waiting in line for coffee in front of me at the student union on campus. She was this wild redhead, so open and friendly, quick to laugh. A couple of girls ahead of us were gushing over the football team who’d just jogged past the window, and Paige had turned to me and rolled her eyes.

We’d gotten our coffees, gone to sit outside by the fountain, and talked nonstop for two hours. Like we were long lost friends. As if we’d known each other before we’d ever met—insta-friends. I’d never had that kind of immediate connection with anyone before.

Confabulario by Juan José Arreola
Honesty by Viola Rivard
Kindertransport by Olga Levy Drucker
Delusion in Death by J. D. Robb
Only One (Ward Sisters Book 2) by Lucy Gage
Unrestricted by Kimberly Bracco
Give it to me Spicy by Evie Balos
Charlotte in Paris by Annie Bryant
Cold Kiss by Amy Garvey
Devils Among Us (Devin Dushane Series Book 1) by Chastity Harris
Our partner