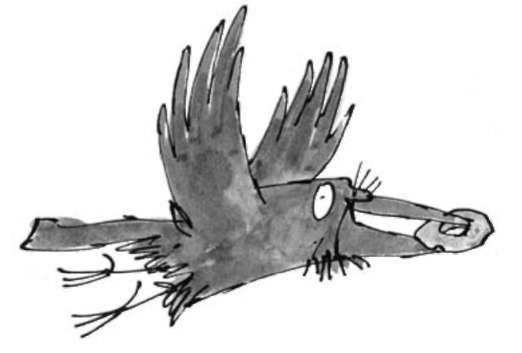 Requests for permission to make copies of any part of the work
should be submitted online at
www.harcourt.com/contact
or mailed
to the following address: Permissions Department, Harcourt, Inc.,
6277 Sea Harbor Drive, Orlando, Florida 32887-6777.

Mortimer and the Sword ExcaliburÂ
133 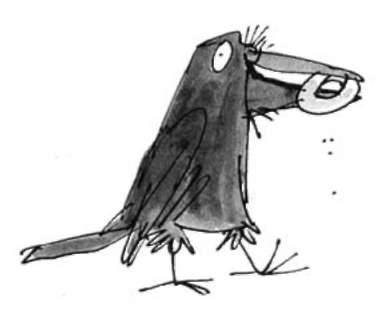 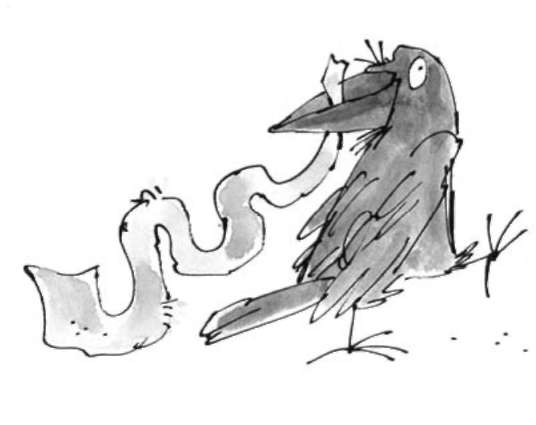 On a beautiful sunny, warm Saturday halfway through March, something happened in Rainwater Crescent which was to lead to such startling consequences for the Jones family that even years afterward Mrs. Jones was liable to get lightheaded if she so much as heard a piano being playedâwhile the sight of a tin of lavender paint, or any object that had been painted a lavender color, brought her out in severe palpitations. As for Mr. Jones, he was often heard to declare that he would let mushrooms grow on the floor of his taxiâor even mustard and cressâbefore he would permit any person other than himself to clean it out ever again.

Perhaps it will be best to start at the beginning.

On Saturday afternoons Mr. Jones, who was a taxi driver, always allowed himself two hours off to watch football. (In winter, that is, of course; in summer he watched cricket.) If the Rumbury Wanderers were playing on their home groundâwhich was just five minutes' walk from the Jones family house in Rainwater Crescent, Rumbury Town, London N.W. 3Â½âMr. Jones went round to cheer his home team; otherwise he looked at whatever game was being shown on television.

On the Saturday in question he had just returned from a special hire job, taking a passenger to Rumbury Docks. He was back late, so he bolted down his lunch and went off to watch Rumbury play Camden Town.

Mrs. Jones was out doing her usual Saturday shopping and having her hair set at Norma's Ninth Wave; otherwise things might have turned out differently.

While Mr. Jones was taking his time off, Chris Cross, who had just done his A levels at Rumbury Comprehensive, cleaned out Mr. Jones's taxi, which was left parked for the purpose in front of the house in Rainwater Crescent.

For doing this job Chris got paid one pound plus an extra good high tea. Arabel Jones, who was still too young for school, helped Chris, but she did it for pleasure and did not get paid; however, she got a share of the high tea and had free rides all the time in her father's taxi, so the arrangement seemed fair. 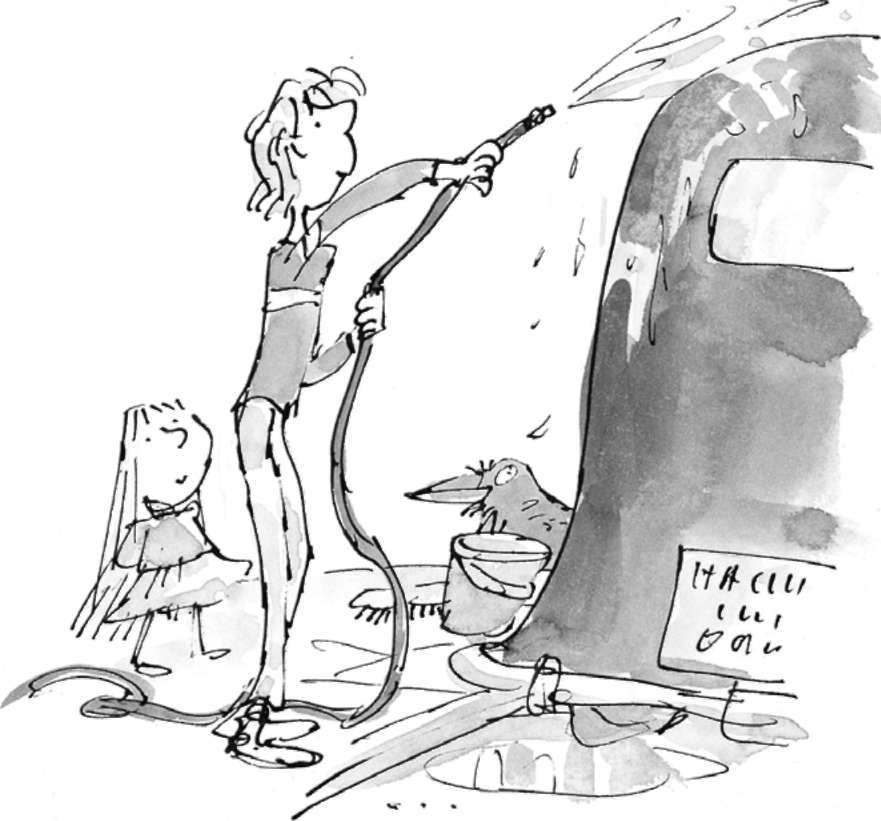 Mortimer, the Jones family raven, also helped clean the cab; or at least he was present while the job was being done.

The way Chris set about it was as follows: first he carried Mrs. Jones's vacuum cleaner (it was the upright kind and was called a Baby Vampire) out onto the pavement in front of the house, taking its cord through the drawing-room window and across the garden (luckily it was a good long cord); Chris then removed the rubber mats from the floor of the taxi, laid them on the pavement, and washed them; then he vacuumed the inside of the taxi with the Baby Vampire; then he washed the floor with hot water and Swoosh detergent.

Next, using the garden hose, he washed the outside of the taxi all over (first making sure the windows were shut). Then he gave the windows and windshield an extra going over with Windazz. Then he gave the rest of the outside a polish. Then he put back the floor mats, which had had time to dry by now, and cleaned the inside upholstery with Seatsope. He finished off by polishing the door and window handles and any other shiny bits on the dashboard with Chromoshino.

Or at least that was all that Chris intended to do. But Mortimer the raven was taking such an active interest in the proceedings that matters turned out differently.

First Mortimer sat on the vacuum cleaner and had all his tail feathers blown sideways. Also a green tie, which he happened to be wearing, wound several times round his neck, became unwound, and was blown twenty-five yards down the street. Arabel had to go after it; she rolled it up and put it into the glove compartment for safekeeping. Mortimer, slightly irritated by having his tail disarranged, had in the meantime pecked a hole in the bag of the vacuum cleaner, so Chris had to do the rest of the job with the brush and dustpan.

Then Mortimer got tangled up in the hose. During his frantic efforts to disentangle himself he pecked several holes in the hosepipe; after that, water came out all over the place.

Next, Mortimer trod on the cake of Seatsope which Chris had carelessly left on the front doorstep; it skidded away with Mortimer on it and narrowly missed a passing mail van. So Arabel decided it might be better to move Mortimer inside the taxi. Here he perched on the rim of the pail containing hot water and Swoosh. There was not much water left in the pail, which tipped over with Mortimer's weight. Mortimer swiftly removed himself from the floor, where he had been ankle-deep in Swoosh suds, and clambered onto the steering wheel, where he studied all the dashboard fittings with keen attention. 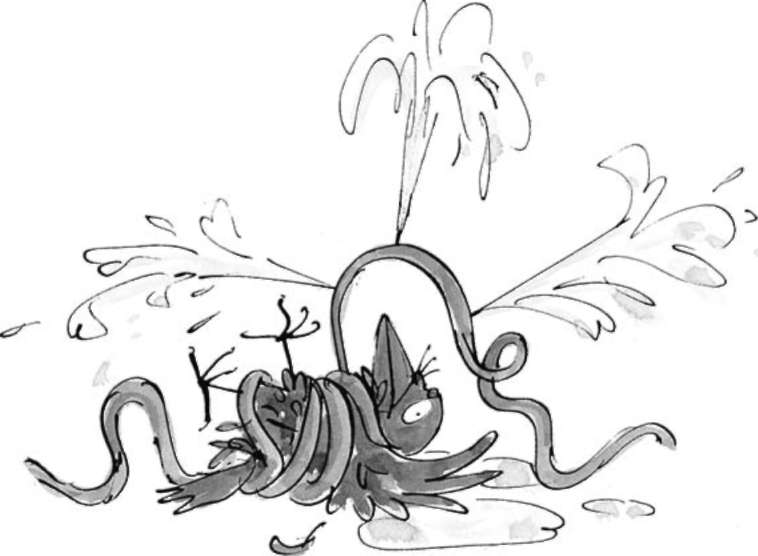 "It would be a lot easier to get on with the job if that bird stayed indoors," said Chris, wringing out the bottoms of his jeans and giving Mortimer an unfriendly look. Both Arabel and Chris were wet all over by this time, what with one thing and another, while Mortimer was perfectly dry; the water just ran off his thick black feathers.

"Ma doesn't like Mortimer to be left alone indoors," Arabel said, "not after the time he ate all the taps off the gas cooker. He didn't
mean
to knock over the bucket. Why don't you switch on the heater? That will dry the floor."

Chris had the car keys in his jeans pocket. He moved Mortimer off the steering wheel and onto the backseat; then he stuck the key in and turned on the ignition; then he switched on the fan heater, which began to blow hot air all over the place.

Mortimer had been watching all this with absorbed interest. He had been thinking a lot about keys lately; in fact, he had started a small collection of them which he kept in an old money box of Arabel's at the back of the broom cupboard.

Now Mortimer stepped thoughtfully down onto the floor (leaving some toenail holes in the leather upholstery) and began to walk about, enjoying the warm draft on his stomach; he also left dirty bird footprints on the damp floor.

"I wish he'd keep his feet in his pockets," said Chris.

"He hasn't any pockets," said Arabel.

Mortimer then returned to the steering wheel in three quick movementsâflap, hop, thumpâand tweaked out the ignition key with his strong, hairy beak. Next he flopped right out of the taxi through the open front door and made his way quite fast to the letter box which stood on the pavement outside the Jones house. He was just at the point of dropping the car keys through the slot of the letter box when Chris, leaping from the taxi like a grasshopper, grabbed him around the middle and took back the keys.

"
No
you don't, buster; you just keep your big beak out of what doesn't concern you," said Chris; he dumped Mortimer none too gently on the rear seat once more.

Mortimer began to sulk. The way he did this was to sink his head between his shoulders, ruffle up his neck feathers, turn his beak sideways, curl up his claws, and, in general, look as if for two pins he would puncture the tires or smash the windows. 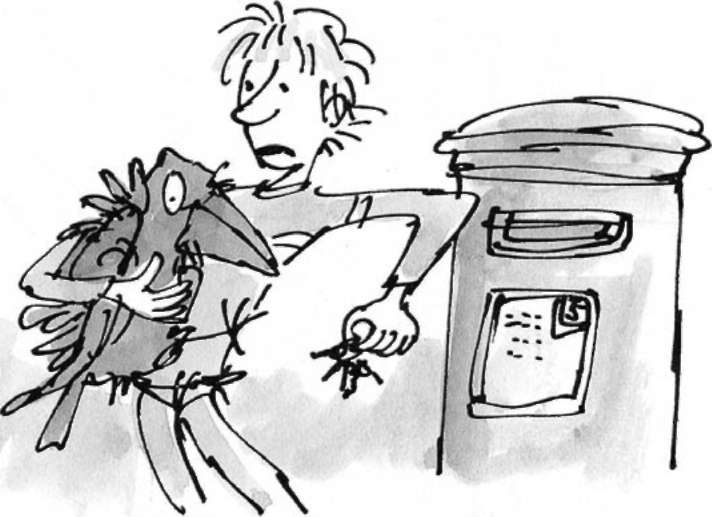