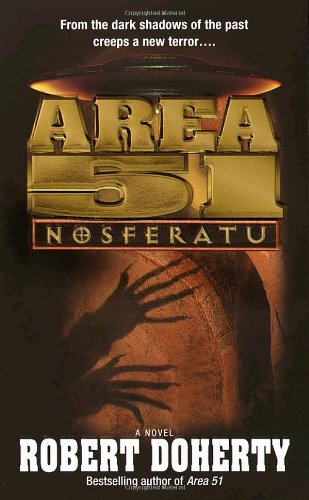 SUMMARY:
THE SHADOWS OF HISTORY ARE THEIR HOME.THE BLOOD OF HUMANS IS THEIR SUSTENANCE.NOW THE FUTURE BELONGS TO THEM....It began at the dawn of history, when a darkness rose from deep within an Egyptian tomb. For thousands of years—long before earth was plunged into an intergalactic battle for its survival—four deathless creatures sowed seeds of destruction and chaos. Surviving on the spilled blood of warriors and innocents from ancient Greece to the ashes of Nazi Germany, the creatures have played a role in conflicts great and small. Now, bound by their common ancestry, separated by their own devious ambitions, and armed with mankind's own modern tools of destruction, the deathless ones know that their time has come—and they have been called together by one brilliant leader. His name is Nosferatu. His vision is to become a god on earth. His ultimate weapon will be a Holy Grail, a force that no mortal man can defeat...but his deadliest enemy may be one of his own.... 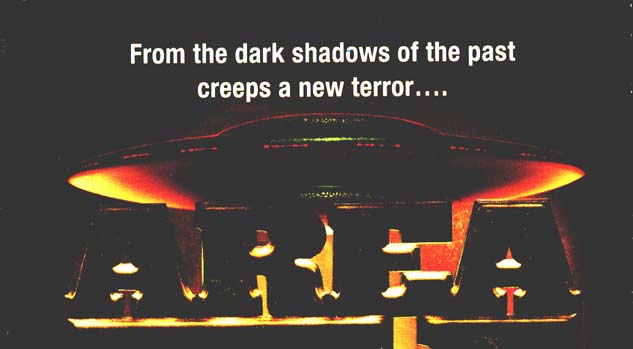 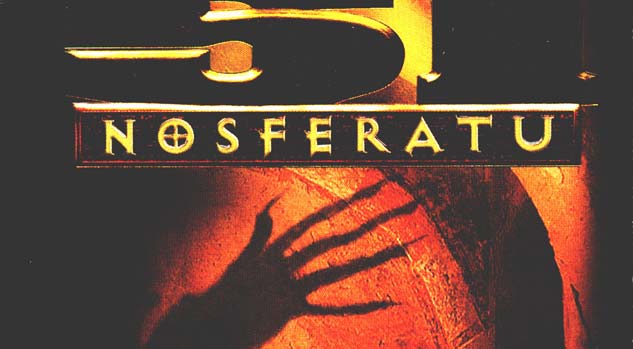 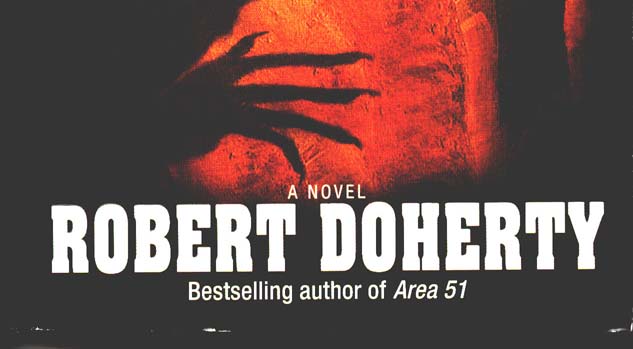 The room was dimly lit by a single low-wattage bulb set beneath the tattered shade of an old lamp sitting in the center of the large, oaken table that dominated the room. The table was oval, stretching ten feet in length and five in width, and its top was marked and scarred by centuries of use. Four large wing armchairs were spaced evenly around the table. They were cushioned and covered in well-worn black leather. The curved outer wall was smoothly cut sandstone, breached only by a single door made of thick planks of weathered wood, bound with iron spikes to a diagonal crossbeam.

Three figures occupied chairs, leaving one empty. There were no papers in front of them, no laptops, hand-helds, or any other electronic device in the room other than the single light and a large flat-screen display set in front of the empty chair, facing the other three. The faces of the three were hidden in the shadows of their high-backed chairs and the only way for each to determine who was speaking was from accent and direction.

"Gentlemen, I welcome you to the Haven." The voice was low yet powerful, easily carrying from the chair opposite the door across the polished oak tabletop from the

others. The accent was indeterminate, an amalgamation of numerous languages warped over the ages into speaking English.

The voice continued. "We have waited a long time, a very long time, for this day. The Airlia have been defeated by the humans. Both sides. The two alien leaders, Aspasia and Artad, are dead. Quite remarkable and more fortuitous than I had ever hoped. They who made us and hate us are gone. It is our time now."

The man leaned forward, revealing a narrow face, white hair, and dark eyes with the slightest hint of red in them. When the dim light struck them a certain way the pupils appeared to be slightly elongated. Despite the white hair, his skin was smooth and alabaster, as if it had never seen the light of day or the grim hand of time. He wore a flowing robe of soft gray cloth.

His voice deepened as he spoke. "I was made Nosferatu in the First Age of Egypt, before the dawn of history as recorded by the humans, the child of Horus the Airlia and a human High Consort. I have lived for over ten millennia waiting for the time when those who made us would be defeated and we would not have to live in fear of them." He looked around the table. "This is the first time the three of us have been together in the same place at the same time. I thank you for answering my summons. With the Airlia gone we are the eldest and most powerful species on the planet."

Nosferatu paused, the words sinking into the sandstone, replaced by utter silence. Nosferatu indicated that the man to the screen's right should speak next.

The voice spoke English like a song, the Chinese background unmistakable. "I am Tian Dao Lin." He leaned forward, revealing Oriental features and a bald, liver-spotted scalp. He wore a black silk robe with a single red dragon 3

embroidered on each loose sleeve. "I was made underneath the great mountain tomb Qian-Ling by Artad himself in consort with a sacrificial girl well before even the dynasty of ShiHuangdi, the first true Emperor of the Middle Kingdom." He turned toward Nosferatu. "We met many, many years ago, a most fascinating story that I will tell you if you wish"—he glanced at the third occupant of the room—

"but at another time and place as we are here for business." Tian Dao Lin leaned back in his seat.

The third person in the room waited a few seconds before speaking. Then he stood, a formidable figure, over six and a half feet in height and as erect as a soldier on parade. His skin was pale, his face perfectly smooth and unlined except for a single scar down the left side from the edge of the eye to the edge of his mouth. He had a prominent nose, giving him the appearance of a hunting hawk. His eyes were slanted, though not as much as Tian Dao Lin's, and his long red hair flowed over his shoulders. He was dressed in black pants and shirt made of some soft material that absorbed what little light there was in the room.

"I too was made by Artad in consort with a human girl, but long after you, Tian Dao Lin. The name I choose others to know me as now is Adrik. I have—as have both of you—been called by many other names over the years. I am here to find out this business that the Eldest, Nosferatu, proposes."

Nosferatu placed his fingers lightly on the edge of the table as if keeping himself balanced. "As you both know, we have a stronger genetic link with the humans than with the Airlia. We look like them and can even pass as human. It is our blood—the Airlia blood that runs through our veins—that makes us different from humans and has kept us alive through the ages."

Nosferatu continued. "The Airlia are gone. The Ones Who Wait—who were in a way brethren to us but under the thrall of Artad and manufactured, not bred—are also gone as far as can be determined. Aspasia's Shadow, who meddled many times with us, is dead and his guides ineffective since the humans took over and destroyed the Master Guardian, effectively shutting down all the subordinate Guardian computers upon which the Guides relied.

Nosferatu paused and looked around the table, waiting. He knew there were different agendas here and he wanted to know what they were before he got to his.

Tian Dao Lin was the first to speak. "A new age, but the humans believe it is their age now. I do not think they will treat us any better than the Airlia or their minions did. We may look like them but we are most definitely not the same. And what we have had to do over the many years to remain alive—while there are small cults that worship the vampire legend, the majority of humans fear and despise even our myth. I think their reaction to the reality if it is revealed will be much more severe and unforgiving."

"That is why I changed my manner of feeding many years ago," Nosferatu noted.

"I do not kill anymore to get my sustenance."

Adrik dissented. "We are superior to humans. It is the natural order that we feed from them. Your distinction means nothing."

It meant something to the victim, Nosferatu thought, but he didn't give voice to the words.

"We have all done well over the years," Tian Dao Lin continued, ignoring the Russian. "Each of us controls vast wealth and power from the shadows. Why should we do anything differently?"

"Because the world is a different place now," Nosferatu said. "Even the two of you acknowledge that by coming to this meeting, something we have never done before. There are new opportunities now. And new dangers."

"Why did Vampyr not come here then?" Adrik demanded. "Did you not invite him?"

"I invited him," Nosferatu replied.

"Then why is he not here?" Adrik asked once more.

"You seem quite concerned about Vampyr," Nosferatu said. "Do you fear him?"

Adrik leapt to his feet. "I fear no one."

"Please sit." Nosferatu glanced at the Chinese, who was watching Adrik closely. "I meant you no disrespect. I am the Eldest and I fear Vampyr. He is powerful and dangerous."

"You said new opportunities," Tian Dao Lin said. "Do you mean the Grail and immortality?"

"It would be most fortuitous to get the Grail," Nosferatu said. "However, my sources tell me it was destroyed when the mothership was crashed into the array on Mars by Dr. Duncan. Whom I met many years ago under a different name."

"Donnchadh." Adrik spit the name out like a curse. "Lisa Duncan, most recently. Among the many aliases she used in her reincarnations over the years.

A troublesome human if ever there was one."

"She freed me from the Airlia long ago," Nosferatu noted.

"For her own reasons, I am sure," Adrik said.

"But are you certain the Grail was destroyed?" Tian Dao Lin pressed, cutting off Adrik. "My sources believe the same thing, but I have heard that those from Area 51 brought some artifacts back from Mars on board Donnchadh's spaceship."

"It is slightly possible," Nosferatu granted, "that they brought the Grail back, but I very much doubt it."

There were several moments of silence following Adrik's proposal. Finally, Nosferatu voiced the objection he knew Tian Dao Lin was thinking. "Ruling would force us into the open. Even with the great power and influence we have amassed over the years, we would still be vulnerable. We have all seen great and powerful rulers over the ages who were destroyed. We have just witnessed the humans defeat the Airlia, something I would not have thought possible. We should not underestimate them. And there have been attempts by Undead, particularly Vampyr, and you"—he stared at Adrik—"to rule before and all have failed."