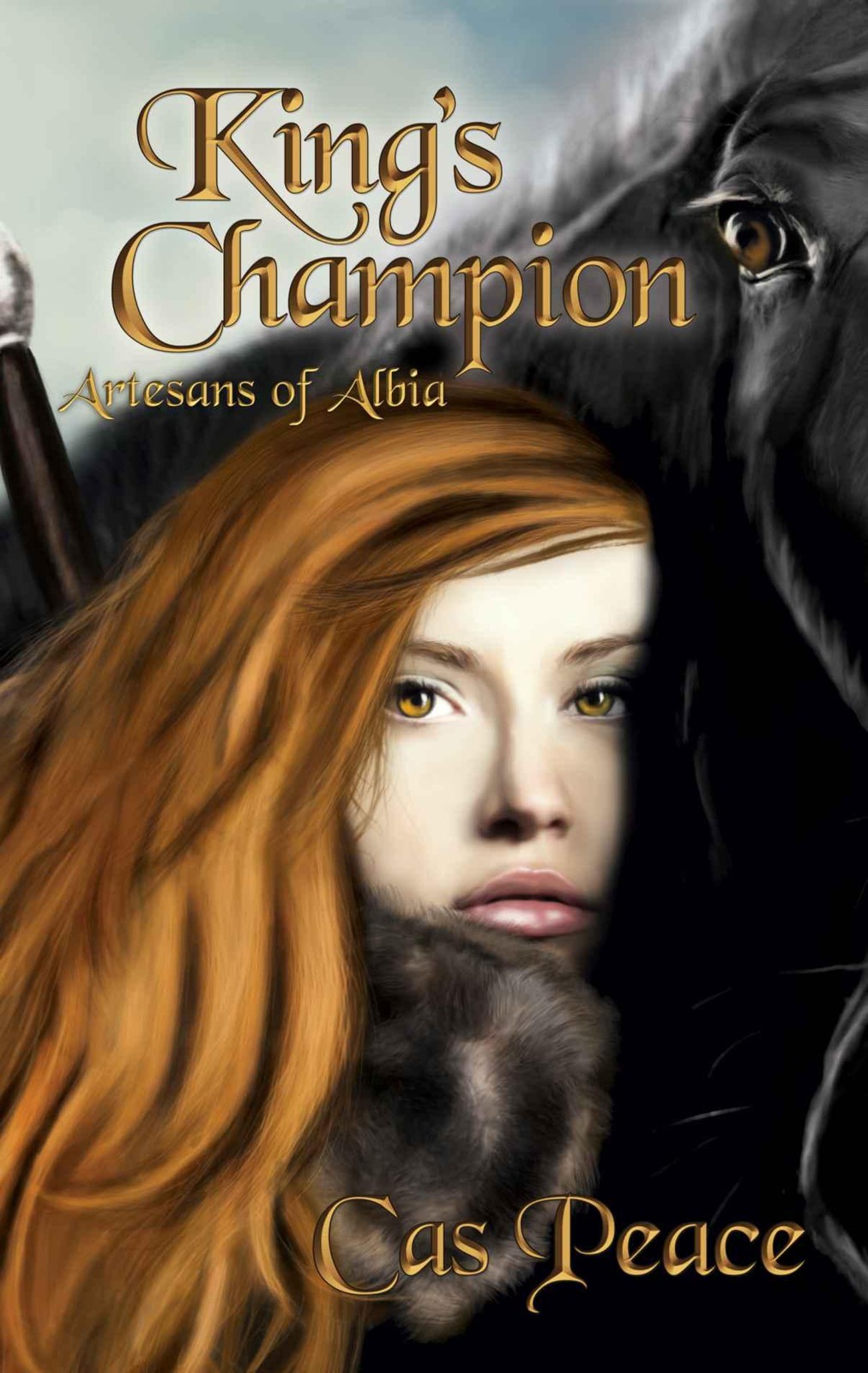 “I was riveted from start to finish by this excellent novel. Action, intrigue, dirty tricks, and humor combine to make this a great addition to the world of fantasy.”

Gieves to the Fore
, and

Flashman and the War Between the States

“The characters are convincing, the settings realistic and the action scenes gripping. Cas Peace’s competent prose makes the reading effortless. This series will be a great hit with lovers of fantasy and adventure.”

The Forest Dwellers
, and
The Song of Heledd

“Cas Peace weaves her story with the skill of the most accomplished Artesan. If imagination was an element, she’d be a Master-Elite.”

This is a work of fiction. Names, characters, places, and incidents either are the product of the author’s imagination or are used fictitiously. Any resemblance to actual events, locales, or persons, living or dead, is entirely coincidental. The publisher does not have any control and does not assume responsibility for author or third-party Web sites or their content.

For my wonderful husband, Dave. What would I do without you, my rock, my soul-mate, my one true love? Not forgetting, all-round fantastic PR guy!

Also for a cherished and much-missed friend, Gerry Dailey. May you dance with the angels until we meet again, dear heart.

I’m constantly amazed when I look back over the year since
King’s Envoy
was accepted for publication by Rhemalda Publishing. So much has happened, so many wonderful and surprising things, so many things I feared might never happen! And now, here we are with
King’s Champion
, and it is my greatest pleasure to thank and acknowledge all those who have helped make this ongoing journey such a fantastic experience. And if I’ve left anyone out, I sincerely beg your pardon!

First, for constant encouragement and interest, and also invaluable help at my book launch, heartfelt thanks must go to my husband Dave and my family; Mum and Dad, my brother David, my aunt Pat. Deepest thanks also to my brother and his song-writing partner David Shepherd for their fabulous help with the
King’s Envoy
song, The Wheel Will Turn (and hopefully a
King’s Champion
song too!). It was great fun working, playing, and singing with you.

To Sarah Gray and Becky Feetham at the Basingstoke Discovery Centre; thanks so much for that fabulous book launch! Thanks also to the staff of Waterstones in Basingstoke for helping with sales.

To Eve Ventrue, artist extraordinaire, thank you for the incredible cover of
King’s Envoy.
And deepest thanks to Melissa Williams for more stunning art work on the cover of
King’s Champion
. You are both just the best!

But of course, none of this would have been possible without the awesome people at Rhemalda Publishing. I simply must say a huge and heartfelt Thank You to Rhett and Emmaline Hoffmeister (I love you guys!), to Diane Dalton for her understanding over all the UK and US grammar and spelling differences (edits are such fun!), and also to my fellow Rhemalda authors. You are all such wonderful people. I am humbled and deeply grateful to be numbered among such auspicious and talented company.

And lastly, to all those readers who enjoyed
King’s Envoy
and left me such uplifting reviews. You are the ones who matter. You are the reason I write. Thank you all for reading my work and for getting so deeply involved in the lives of Taran, Rienne, Cal, Sullyan, Robin, and Bull. They live because of you. I hope you enjoy
King’s Champion
as much, and that you will continue to follow the series. There is so much more to come! 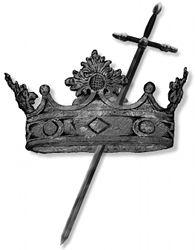 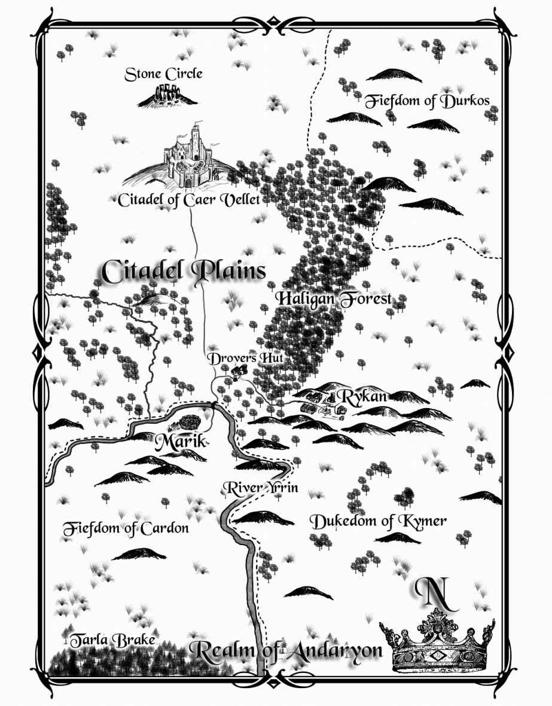 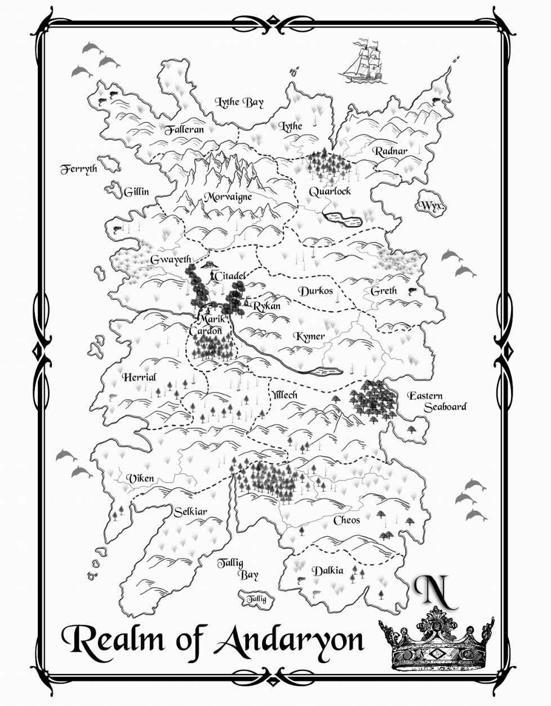 B
ranches whipped past Rienne’s face as she clung to the horse’s neck. The darkness and the wind of their speed were unremitting. Horse sweat slicked her fingers. Her arms and legs ached fiercely with the effort of staying on the galloping beast, and neither the wiry arms circling her waist nor the unfamiliar chest pressed into her back were helping. She wasn’t used to riding this fast and certainly not riding double.

A quick glance to her left showed Cal, his horse weaving its own hectic path through the trees. Taran should be just behind him, Robin and Bull even further back. At least she hoped they were there. She couldn’t hear them, couldn’t hear anything above the rasping breath of her horse and the rough slap of branches. She felt rather than heard the pounding hoof beats as they jarred up through her thighs and into her protesting back.

Would this ride never end?

Her laboring horse kept trying to slow, but the thin man seated behind her repeatedly dug his heels into its lathered flanks. Rienne heard the poor beast grunt as it plunged on through the trees. She grimaced in sympathy. How much more could it take? Neither she nor the Count were heavy, but even the stoutest horse would struggle to maintain this pace while carrying two riders. Rienne didn’t like to think what might happen if it foundered.

How long had it been since she, Count Marik, and Robin had brought the gravely injured and unconscious Major Sullyan out of those dreadful dungeons? How long since they had fled Rykan’s palace and the patrols sent to hunt them? Rienne shuddered, trying not to think of Sullyan’s unresponsive face as Robin took her onto his horse. Marik had kicked their shared mount ahead of Robin, desperate to lead them far away from Rykan’s palace. As she passed him, Rienne saw tears glistening in Robin’s indigo eyes. Since then, she hadn’t had an opportunity to gauge the Major’s condition. Was she still alive or had she, as Rienne privately feared, already died? Her injuries were severe; this wild, panic-stricken flight through an unfamiliar forest might be one ordeal too many.

The lack of light forced them to use the main forest trails, but Rykan’s patrols had been coming and going over the previous weeks, as had Marik’s men, obeying the Duke’s call to arms. Rienne prayed that the tracks they were making would be lost among all the others. If they could get far enough away by dawn, surely they would be safe?

She shied at shadows, her heart lurching at each unusual shape that loomed through the trees. Marik seemed in mortal fear of his life and rode hunched behind her in silence. She could almost feel him listening for the sound of pursuit and guessed he was thinking about his fate should Rykan’s men catch them. Only once so far had Bull sensed someone close on their tail. He had urged them on to greater speed, and Rienne prayed hard that her horse would find the strength to endure.

Abruptly, she felt Marik’s body tense. She gasped as a dark shape arrowed toward her. She grabbed for the reins, trying to turn the horse’s head, but unaccountably, Marik fought her.

“Let go!” she yelled, driving an elbow into his ribs. He whooshed out a breath and let go the rein, but it was too late. A large hand had already clamped onto her horse’s cheek strap and was hauling on it, slowing the frightened beast.

Bull’s deep bass voice, harsh with strain, calmed Rienne’s shuddering heart. She managed to turn her head and smile as he brought her lathered horse to a walk.

“Are we safe? Have we lost them?” She cursed the tremor in her voice.

Bull frowned. “For the moment. I haven’t sensed anyone behind us for a while. Taran and I have dropped the shield. We’re too tired to maintain it right now. We still need to be cautious, but I think we can give the horses a rest. Killing them won’t help us.”

Piggyback by Pitts, Tom
From Across the Ancient Waters by Michael Phillips
Bad Faith by Aimée and David Thurlo
Retreat From Love by Samantha Kane
Beginnings -Guardians of Vesturon [0.50] by A.M. Hargrove
A Fortune's Children's Wedding by Barbara Boswell
Dear Summer by Elliott, K.
The Magician's Apprentice by Canavan, Trudi
A Wedding Invitation by Alice J. Wisler
Land of the Dead (Book 1): Infected by Campbell, Cian
Our partner