Read Ashes In the Wind Online

Ashes In the Wind 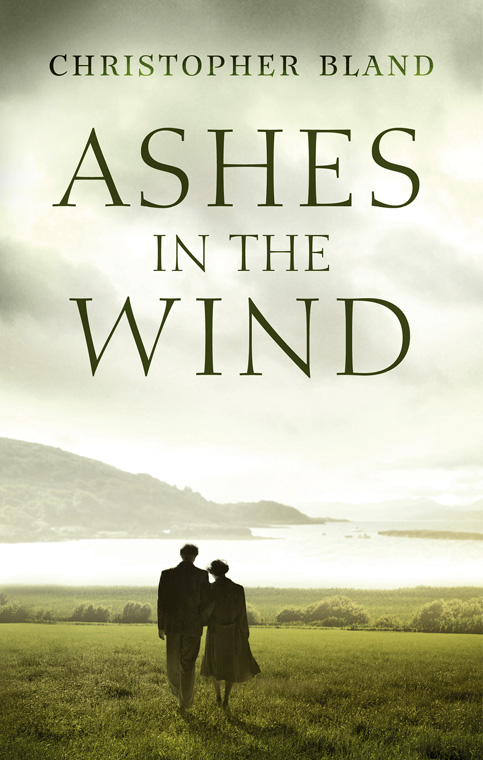 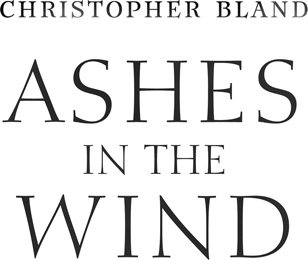 The land of scholars and saints:

Scholars and saints my eye, the land of ambush,

The born martyr and the gallant ninny;

The grocer drunk with the drum,

The land-owner shot in his bed, the angry voices

Piercing the broken fanlight in the slum.

It’s with O’Leary in the grave.

T
HE
MAN
AND
the boy are members of a dying tribe. In the foreground of the photograph they sit on a rocky outcrop that slopes down to the sea. There are trees on the right-hand side, a Victorian castle in the distance. Between these two and the castle there is a natural harbour, with the curved arm of a stone pier protecting a small boat from the onshore wind.

The man, in his early thirties, looks at the camera, left hand on hip, right hand on knee. He is wearing a round hat with a broad brim, tweed trousers and a sleeveless jerkin. The castle in the background is his, and the small boy is his son. The man looks confident; the small boy is smiling.

At first glance this could be anywhere in the British Isles, but the boat has a curved prow and rides high in the water; it is a currach, tarred canvas stretched over a wooden frame, light enough for two men to carry and one to row. This is a boat of the West and South-West of Ireland. In the bottom right-hand corner of the photograph you can read in white ink, ‘Derriquin Castle, County Kerry, 1908’, and on a second line, ‘Lawrence Collection, National Library of Ireland, No. 5284’.

The Anglo-Irish, their tribe, are dying like the Cheyenne or the Arapaho on the Great Plains of America at the end of the nineteenth century. They will go without a struggle, unlamented. Their names and their places, Butler of Waterville, Roche of The Island, Dease of Rath House, Gore-Booth of Lissadell, Bowen of Bowen’s Court, Gregory of Coole Park, and these two, Burkes of Derriquin, are lost on the wind.

J
OHN
B
URKE
WANTS
to be Tomas Sullivan. John wants Tomas’s worn brown boots, the scabs on his knees, his green jersey darned with whatever coloured wool had come to his mother’s hand. He wants to talk like Tomas. Soon enough he does, though his accent changes back when he gets home.

They are eight years old when they meet on their first day at the elementary school in Drimnamore. The two boys are the same height, but John is lean and fair, clean and tidy, Tomas stocky with dark red, curly hair, his face and hands freckled.

To Tomas, John Burke is a creature from another world. John is dropped off at school every morning in a pony and trap. It is five miles to Drimnamore from the Sullivan farm at Ardsheelan, and Tomas walks to school like all the other children, apart from the gypsy boy from along the coast road who trots up on a piebald pony with no saddle and a rope bridle, most days.

John is unsettled on his first day at school, aware that his accent, his clothes, his scrubbed pink cheeks, mark him out as different. He doesn’t feel at home in the classroom, where he speaks only when asked a question, in a low, nervous voice, aware of the contrast with the strong Kerry accents around him. He is even less at home in the playground, where he is pushed and jostled, not unkindly, in the puppy-like mêlée of a dozen eight-year-olds.

His heart sinks when they decide to organize themselves into teams; he stands against the wall with the other boys, knowing he will be the last to be picked. So when Tomas, who has appointed himself one of the captains, says early on in the selection process, ‘I’ll take Sean,’ John is staring at the rough surface of the playground and doesn’t move until the boy next to him pokes him in the ribs and says, ‘That’s you.’ This endorsement is enough for the rest of the boys, and Tomas is John’s friend and protector throughout his time at the elementary school.

Tomas is a force in the playground. He doesn’t pick fights, but doesn’t avoid them, and there is a dangerous glint in his green eyes. He accepts John’s homage with outward indifference. He knows John’s father used to be everybody’s landlord and the Burkes still own most of Drimnamore village. The six acres of Ardsheelan that provide the Sullivans with their hard-earned living are barely one-twentieth of the Derriquin Castle demesne and home farm.

For four years Tomas and John ride and fish and sail together. John is the better horseman, Tomas knows how and where to fish. John’s father Henry teaches them how to sail the Burkes’ wooden dinghy round Rossdohan Island half a mile from the Derriquin harbour, and soon no longer feels the need to watch them all the way.They catch mackerel in the Kenmare River and cook and eat them half raw on Rossdohan, they chase hares on their ponies over the mountain, they swim in the peat-browned waters of Lough Dromtine and Lough Lomanagh.

One warm summer afternoon they walk out along the coast road and camp at Staigue Fort, an ancient dry-stone ring fort seven miles from Drimnamore. John shows Tomas the souterrain.

‘My great-grandfather found it, it’s an escape tunnel.’

They are standing in the corner of the fort, looking at the overgrown entrance.

‘Let’s see where it comes out,’ says Tomas, who crouches and goes in without waiting for an answer. John follows, and the pair of them crawl along the low, black tunnel, its walls never more than a few inches away on either side, until Tomas shouts back, ‘I can see a light ahead,’ and they emerge, blinking, in a little copse a hundred yards above the fort.

‘Look at you, mud from top to bottom. Annie’ll skin you.’

‘You’re no better. It’ll brush off. I’m glad we did it.’ They shake hands, grinning.

Tomas shows John how to catch a salmon in the Drimnamore River, how to trot a bunch of worms downstream when the water is high, how to let the fish play with the worms for minute after agonizing minute, then feel the fish swallow the bait, then strike. It is understood that when they catch a salmon it goes to Tomas’s mother Annie at Ardsheelan, although Tomas says, ‘It’s hard to poach your own river.’

John is welcome in Annie Sullivan’s kitchen. Tomas is equally welcome in the kitchen at Derriquin, although he won’t go beyond the green baize door into the main house. Eileen Burke sits with them there, practises her Gaelic with Tomas and encourages John, who never becomes fluent, to join in.

‘Don’t you think those two spend too much time together?’ says Henry Burke to Eileen. ‘Shouldn’t he meet Charlie Butler, or the Herbert twins?’

‘They live miles away, it’s an expedition to go there for a cup of tea, and the boys never leave the drawing room,’ replied Eileen. ‘Tomas is good for John. If he’s going to live in Kerry, he needs some real Kerry men for friends, not just the gentry.’

When they are twelve, everything changes. John leaves to go to school in Dublin, Tomas leaves to help Annie on the farm. In the school holidays Tomas is busy up at Ardsheelan; John helps to save the Sullivans’ turf in the summer, but their old expeditions on foot and on horseback and in the dinghy are a thing of the past.

John is taught to cast a fly for salmon by Ambrose O’Halloran, the Derriquin keeper, and he tries to wean Tomas off the worm. Tomas has no time for fly-fishing.

‘You want to catch fish for sport,’ he says. ‘I want them for the kitchen. The worm’s the thing in a spate river. The Drimnamore’s good for the fly three weeks in the year, the rest of the time it’s too high or too low.’

Both young men are gradually overtaken by an awareness of what the world expects of them. At the elementary school they had thought only about each other and the rivers, lakes and mountains of County Kerry. Their physical separation, John to Dublin, Tomas to the farm at Ardsheelan, is accompanied by a growing knowledge of where each belongs in an Irish hierarchy defined by religion and race. Their old friendship has been stretched and thinned. So they meet less often, have an occasional drink in a Drimnamore bar on Fair days, but the evenings together in the Ardsheelan and Derriquin kitchens are over.

John’s mother was born Eileen Brodrick; her family had owned land between Cork and Youghal since 1541. Henry Burke met Eileen when her father asked him to stay for a week’s hunting with the Duhallow in County Cork. Middleton Park was intimidating, a perfectly proportioned Georgian mansion, its three-storey central block connected by curved and colonnaded arcades to a two-storey pavilion on each side. The landscape was flatter, softer, grassier than Kerry, the park, its trees carefully placed, sloping down to the River Lee half a mile below the house. A little Grecian temple topped a knoll in the middle distance.

Henry thought in comparison that Derriquin hardly deserved to be called a castle. On his arrival at Middleton Park his luggage was taken away. Shown later to a bedroom with a bright fire, he found his clothes neatly unpacked and his dinner jacket laid out, studs and cuff links in his evening shirt.

Every night they dressed for dinner, held in a long dining room with rococo plasterwork on the ceiling and Italianate landscapes painted on the walls. ‘By Zuccarelli,’ said Lord Middleton proudly. Henry nodded and said nothing. The silver, the candelabra, the half-dozen liveried footmen standing behind the seated guests, the smart young men from London, Etonians all, rendered Henry silent, incapable of easy conversation with Eileen and her sister Agnes.

Over dinner the conversation flowed around and over Henry, until one of the Etonians suggested that the Irish should be grateful for their civilizing English landlords.

‘We aren’t English, we’re Anglo-Irish,’ said Henry. ‘We belong here, those of us who aren’t absentees. Ireland’s been patronized and exploited since the Act of Union. It’s not surprising that most of us want Home Rule.’

‘Us? Us?’ said Lord Middleton, frowning. ‘I’m a Unionist and proud of it.’

There was a long silence, broken by Eileen who turned to Henry with a smile.

‘You’re the brave boyo, talking Home Rule in this Unionist fortress. Good for you.’

Henry blushed, and said little for the rest of dinner.

In the hunting field Henry was a different man, a bold horseman. Eileen, just as fearless, rode side-saddle in a dark blue habit and a veil. On the second day’s hunting, after an exhilarating twelve-mile point across banks, ditches, big blackthorns and stone walls, they took the last double bank together, up over the ditch, a long stride on the top as wide as a cottage, then out and down over the ditch on the other side. There were only seven survivors of a field of fifty. Breathless, tired, muddy, by now dismounted, they stood next to each other as the huntsman lifted the dead fox out of the mêlée of hounds. Eileen’s veil had torn away; as he helped her remount, holding her bent knee for what seemed like an age, Henry decided that this was the girl he would marry. They hacked slowly home side by side as the light faded, their legs touching most of the way.