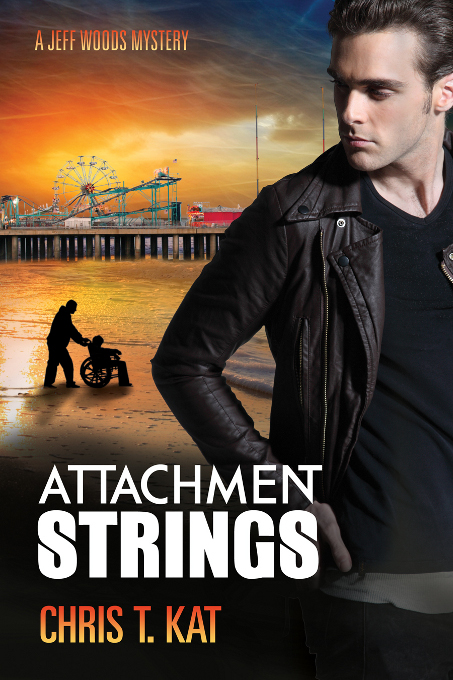 The Caveman and the Devil

Too Good to Be True? 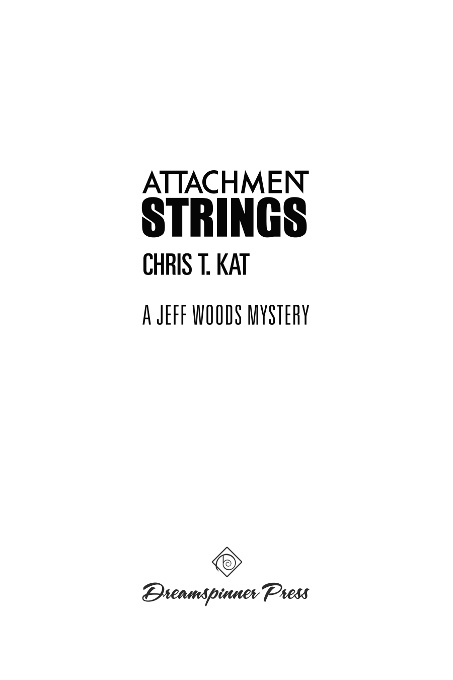 Cover content is being used for illustrative purposes only

and any person depicted on the cover is a model.

For Rosie and Paula: thank you both for cheering me on!

I
T
WASN
’
T
a pretty sight. Neither was it a horrifically shocking sight. I had concluded a long time ago that death didn’t care about appearances.

I crouched next to the battered body, holding my umbrella tightly in both hands. The rain pattered in gushes and the wind blew heavily, almost jerking the umbrella from me. We wouldn’t find much evidence. The rain made sure of that.

“Guy was ugly even before he got his face smashed in,” Trenkins, my partner, said.

Trenkins snorted. “Did you look at his hands? They’re bent like claws. He looks like a distorted dwarf.”

Internally, I agreed with him. “Lower your voice. We don’t need anyone overhearing you spouting shit like that.”

“I’m only telling the truth.”

“Keep it to yourself. I’m not keen on an investigation into improper conduct. You know how bad those things can get.”

“Didn’t think you were such a pansy, Woods.”

Getting up from my crouch and straightening to my full height of six feet three, I said, “Excuse me?”

Trenkins was a few inches shorter than me. What he lacked in height he made up in width. He took a step backward, palms up in a placating manner. “Hey, take it easy, man. I’ll shut up now.”

I squatted next to the dead man while Trenkins grumbled to himself. Trenkins wasn’t such a bad guy, just full of prejudices that he never passed a chance to proclaim loudly. I stared at the dead body, taking in the awkwardly bent limbs, the obviously shattered skull, and waited to feel something.

Nothing happened. He was just another dead guy found in a dark alley. It was unlikely we’d find out who did it. Though I wondered what someone like him had been doing here. His walker had been transformed into a deformed piece of steel lying a few feet away from him. At least that should make it easier for potential witnesses to remember him and whoever was with him.

The forensic team arrived as the sky proclaimed victory and opened its floodgates entirely. Despite clutching our umbrellas, we were soon drenched to the bones.

Pictures were taken, the dead guy roughly examined, then carried away. Not surprisingly we didn’t find a passport, driver’s license, or anything else that could give us a clue to the guy’s identity. Later, Trenkins and I drove back to the station, changed into dry clothes and filled out the paperwork. Trenkins went down to observe the autopsy around noon while I called every institution I could think of, asking if they were missing a forty-something guy. No one was.

Trenkins came back around two in the afternoon with a triumphant smile on his face. He dumped a folder on our joined desks and said, “Guy’s name is Phil Albridge. He was reported missing during the night by his mother.”

“How did you find out his identity?”

“Guy got a new hip last year. The serial number on the prosthesis led to his name.”

“Guess that leaves us to tell the mother now, huh?”

Trenkins grimaced. He usually had a quite handsome face, despite being on the chubby side of the spectrum. Right now he looked as ugly as the dead Mr. Albridge. I kept that thought a secret, though. Grabbing my still wet coat, I followed him.

“At least it has stopped raining,” I said.

“Yeah.” He fished a coin out of his pocket. “Heads or tails?”

He flipped the coin and slapped it on the back of his left hand. I groaned when he lifted his hand, whereas Trenkins sighed in relief.

“Next time I do the flipping. You’re winning far too often.”

I climbed into the passenger seat. “If I have to tell the mother, you’re going to drive us through the afternoon traffic.”

H
E
CHANGED
his mind after Mrs. Albridge broke down in her living room, weeping and lamenting the death of her beloved son.

When she was able to talk again in remotely coherent sentences, we learned that Phil had suffered from a lack of oxygen during birth. He was diagnosed with hemiplegia and later suffered from meningitis. As she put it, Phil wasn’t the brightest guy on earth but was a very lovable man. Trenkins looked as if he begged to differ. I shot him a scathing glare and thankfully he didn’t say a word.

Mrs. Albridge informed us that poor Phil had no enemies but also no real friends. He liked to wander around on his own and since Mrs. Albridge had to work she couldn’t supervise him all the time.

“Did he maybe mention if he was being followed or anything?” I asked.

“No,” Mrs. Albridge sniffled, “he didn’t say anything. He would have told me because he always wanted to be someone’s friend, you know?”

Or maybe he didn’t tell his mother because someone else told him to keep his mouth shut. On the other hand, what would anybody want with a guy like Phil? What was he useful for?

I rubbed my temples, listened to Trenkins ask some more of our standard questions, and then we bade our goodbyes. We drove back to the station where we filled out some more paperwork. No new info had shown up during our absence, so we decided to call it a day.

I climbed into my car and drove toward home. The thought of my cold and lonely apartment didn’t appeal to me. I stopped at a red light, wondering what to do with the evening. I was exhausted but also restless and somewhat unsettled.

I needed something to put my mind at ease, to just feel for a while instead of thinking. Hell, what I needed was a good fuck. The sudden desire racing through me took me by surprise. After a quick glance at my watch, I moved again.

The drive home was fast. The shower even faster. The prospect of sex was good, even spirit lifting.

Dinner consisted of a microwaved meal and a glass of water. Afterward, I went back to the bathroom to brush my teeth. There’s nothing worse than making out with a guy you don’t know and having bad breath. I checked myself in the reflection of the mirror. An angular face framed by boring brown hair that needed a haircut soon. I narrowed my eyes and stared at myself. My eyes were the same boring brown color as my hair. A bland, bit-over-thirty gay man stared back at me.

I
PARKED
near Snake Alley, though not near enough to rouse suspicion if anyone saw my car. I was there early, especially for a Friday night. I hadn’t been to this particular club in a while.
The Lion’s Den
—whoever had named the club was nuts. But that’s just my humble opinion. Maybe the name was supposed to be a very clever wordplay. Or just a nice paraphrase for ‘meat market’. Because that’s what it was. Strangely enough, a lot of the men didn’t get that it was a meat market; they believed in finding their true love here. Damn fools.

I found a good place at the bar and ordered a beer. It wasn’t crowded and from my spot I could overlook the dance floor, most of the bar, and the entrance. Once a cop, always a cop.

For a while, I sipped my beer and let my gaze wander. Around ten the club was filling and I had narrowed down my options to three guys. All of them were tall, broad-shouldered men, able to take it a bit rough.

I fended off a few other guys, though it was a nice ego boost to be popular. None of the guys who advanced on me were my type: too small, too young, and way too cheerful. I had just finished my beer and decided to try my luck with my main prey, a dark-haired, beefy looking man, when a hand landed on my arm.

“Mind if I buy you another beer?”

I turned around with a frown in place. I was face-to-face—well, almost face-to-face, the guy was maybe two or three inches shorter than me—with a very young man. He smiled at me, showing off a line of white teeth, and I blinked. When I was done blinking, I pointedly looked at his hand on my arm, but he didn’t get the hint.

His hand stayed where it was as he ordered two beers. I found myself steered back onto the stool I had just vacated. He sat down on the stool next to me and finally withdrew his hand. Only to hold it out to me. “Hi, I’m Alex. Pleasure to meet you.”

I ignored his outstretched hand. “Thanks for the beer but I’m not interested.”

“No.” I wasn’t interested at all. This guy was way too young and absolutely not my type. Fair-haired and slender in build, almost delicate. I grimaced. He would find someone who’d appreciate his looks; there were a lot of men who’d be pleased with someone like him. It just wasn’t going to be me.

Substitute by Rey, Isobel
Bloodlines by Susan Conant
The Whisper of Stars by Jones, Nick
Up Island by Anne Rivers Siddons
The Black Jacks by Jason Manning
The Espressologist by Kristina Springer
Hybrid by Ballan, Greg
His Housekeeper's Christmas Wish by Louise Allen
Ice Claimed by Marisa Chenery
BRAINRUSH 02 - The Enemy of My Enemy by Bard, Richard
Our partner