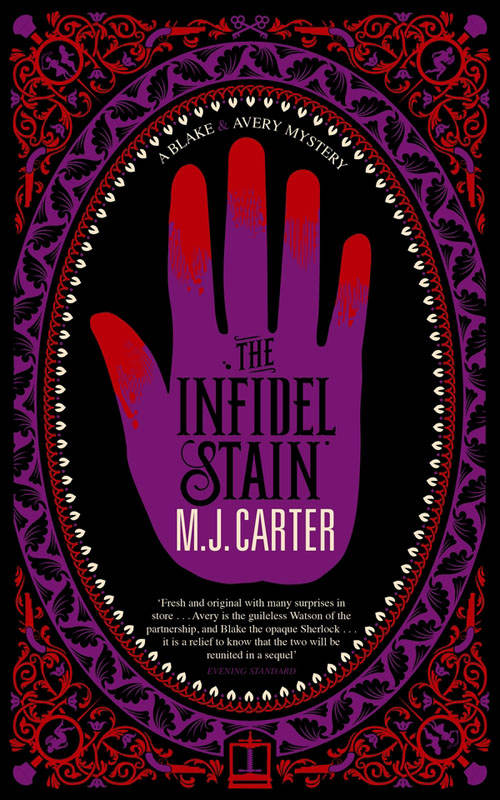 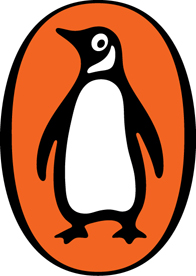 M. J. Carter is a former journalist and the author of
The Strangler Vine
, the first book in the Blake and Avery series, and, as Miranda Carter, two acclaimed works of non-fiction:
Anthony Blunt: His Lives
and
The Three Emperors: Three Cousins, Three Empires and the Road to World War One
. M. J. Carter is married with two sons and lives in London.

By the same author
WRITING AS M. J. CARTER
The Strangler Vine
WRITING AS MIRANDA CARTER
Anthony Blunt: His Lives
The Three Emperors: Three Cousins,
Three Empires and the Road to World War One

For my mother, Jody Carter

In the first half of the nineteenth century ‘infidels’ were political radicals with atheist and republican beliefs. They were regarded by the government as dangerous revolutionaries.

The still, quiet shop was a blessed shelter from the biting cold. She had risen at four to walk the six miles to Hackney Road and back, and all the way she had held on to that half-hour when she would creep in, fall gratefully into a dark corner, shut her eyes and cast aside her cares. Sometimes she thought it was the place she liked best in the world, not just for the refuge it provided, but also because of the old familiar odours – the smell of ink, of lampblack and linseed oil, the musty dry scent of paper; and the tools – the boxes of type and gravers and burins.

She did not like to come too often, for she did not want him to grow tired of her, and so she had waited and stored up this morning’s visit. He never seemed to mind finding her though, not even when at the start she had taken things – not much, but enough to land her a week in the correctional house: a bit of paper, or an empty box, or a piece of type that she would rub between her fingers. He had shown her how to get in so no one could see, and sometimes, when he was opening up, he would send her out to the coffee stall and have her buy one for herself.

The street was quite empty. The coffee seller was still on the Strand, serving the late-nighters and early-morning comers. She made her way past the darkened shopfront, into the alley around the side, behind the outside steps that led to the door of their living quarters. Under these, and out of sight of prying eyes, she cleared the bricks away from the little square door, took the small key tied to a bit of string from out of her skirts, placed it in the rusted lock and turned it.

Squatting down on her haunches, she edged through. She did not crawl as it messed her skirts and her basket and she would be selling today. There was a small cavity between the little door and the print room where they stored boxes and type and, having inched her way through the gap, she came out into the room at last.

It was very dark. She stood and brushed herself down. Dawn would not come for a while. The front was shuttered and the cracked window in the
back had been blacked out – he had taken to doing this recently, claiming that it stopped the cold, but she reckoned he was working on something he wished no one to see. She knew the room well, so she was not concerned, and it was a relief to be out of the wind which whistled outside, looking for ways through the cracks. Arms outstretched, she began to walk towards the far wall, taking care not to disturb any boxes. To the right of her she could just make out the silhouette of the press. In the darkness it seemed to loom even bigger than usual.

Her boot slid from under her and for a moment she lost her balance and thought she would fall. She swore quietly as she righted herself, and clung to her basket. The floor was wet. She lifted her skirt, took another big step and grimaced. It was slippery here too. Perhaps a cat or a rat had knocked over some ink. No. He would not have been so careless to have left any lying around. Maybe one of his old workers had broken in to sleep off the night’s excesses and knocked over a bottle, or spewed up, or worse. He was accustomed to working on his own, but once in a while a writer or illustrator or printer came in to help – soakers and topers, the lot of them.

‘That you, Seymour?’ she said. ‘You drunk?’ But there was no answer. ‘Mr Wedderburn? Nat?’

Standing there in the dark, she began to feel uneasy. She was, she realized, holding her breath. And there was an unfamiliar smell, acrid and sharp; it made her eyes water. Some instinct told her to lay her hands upon something solid and she took a quick step back, feeling for the wall. But she lost her balance and went down, one hand reaching out to break her fall, the other grasping the basket. Her hand was wet, and the stuff was all over her skirt. She cursed again and rubbed her fingers together. Sticky, slightly thick even. Not piss then, nor booze either. She sniffed and pulled herself up quickly, keeping clear of the great piece of machinery in the middle of the room. The sense of foreboding deepened, and the thought came upon her that there was someone else there, in the dark. Fear rose in her. Quickly, quietly – though it was too late for that, she knew – she felt her way around the walls to the back window. The tool bench stood before it. She put her basket upon it and felt for an engraving tool, something sharp. Then she stretched up to pull the piece of old blanket away from the window frame, feeling herself exposed as she did so. The sky was just beginning to lighten and the room was suddenly a good deal brighter. Her fingertips and palms
were stained with something black like ink. But she knew it was not ink. She did not want to turn around, but she forced herself to do so.

The sight imprinted itself upon her eye, like a flash of light.

Blood, terrible and black like ink, everywhere. As if a great, hideous bucket of it had been poured over him. Blood soaking through his trousers and pooling on the floor, where her boots had spread it into the corners. Blood painted over his face, across his arms and on his chest. Blood spewing, along with his guts, from a deep and livid cut in his stomach, as broad and wet as a mouth. And his body, bloodied and draped over the bed of the printing press, head propped against the platen, arms dangling off each side.

The day was cold and bleak as I emerged from the Blackwall railway terminus, and the sooty brick of the city made it seem all the greyer. I had not long returned from India; after years in hot climes I was not yet reaccustomed to the English cold. I pulled my coat more tightly around me and checked my pocket watch for the tenth or twelfth time. I did not wish to be late.

It had been two days of novelties. The morning before I had taken my first ever journey upon a train, riding the Exeter mail-coach to Swindon to catch the Great Western Railway to the Paddington terminus in London. Five years before, I had left England a country traversed by horse and carriage; I had returned to find it in thrall to steam and iron.

I had stepped into the green-and-gold carriage, sat on the wooden pews of second class and watched the air fill with steam, as if we were travelling on a bed of cloud. I had felt the rush of speed and watched the curious effect of the countryside melting into a blur of green as it rushed past the window, or rather as we rushed past it. And, of course, there was the noise: the clank and wheeze of the wheels on the rail, the asthmatic puff of the engine, and those sudden unholy screeches – the wheels braking, or the air forcing its way through the whistle. We had reached the extraordinary speed of thirty miles an hour. It was remarkable, exhilarating, unsettling – not unlike London itself.

I had been in the city less than a day. I had rooms at the Oriental Club in Hanover Square. It was only my second visit to London; my first had been when I was nine years old. I recalled almost nothing of it save that we had seen my rich, scowling great-uncle at his gloomy abode in Golden Square – a place which greatly disappointed me as I had expected it actually to be golden – and I had seen a hurdy-gurdy man with a dancing dog in the street.