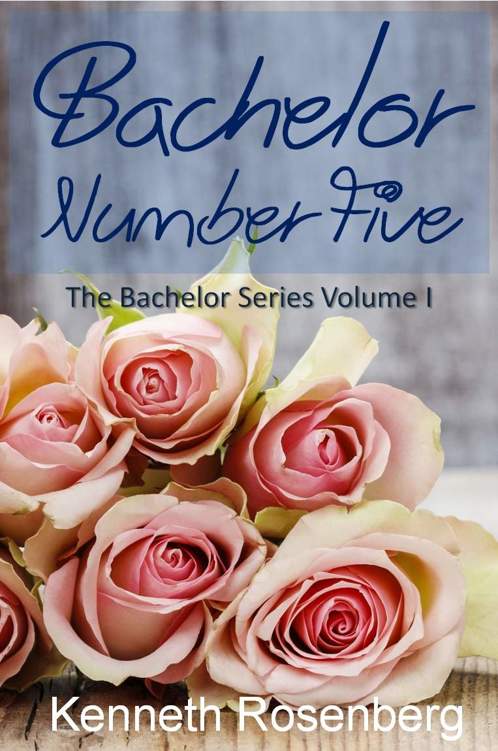 The Bachelor Series, Volume I

The Extra (A Bachelor Series Prequel)

Bachelor of Arts (The Bachelor Series #3)

No Cure for the Broken Hearted

Memoirs of a Starving Artist

The dinner rush ended early in a town the size of Quincy.  Farmers up before dawn didn’t generally stay out much past 8 p.m.  By the time Amanda Perkins cleared the last table in her section, the only customer left in the place was Floyd Jenkins, a retired railroad engineer who sat in his usual place at the counter, eating a steak with green beans and mashed potatoes.

Amanda wore a white waitress’ uniform with red trim.  She was 24 years old, of medium height and weight, with brown hair cut just below her shoulders.  Friends told her that she was smart and pretty, and Amanda did her best to believe them.  She’d always been the optimistic type, trusting and kind, if not a little bit naïve.  It was only lately that she’d begun to question the direction her life had taken.  What sort of future did she have, stuck here slinging hash in this small-town diner?  Something was missing, deep inside of her, though Amanda didn’t know quite what it was.  She tried to keep a positive attitude, but that seemed to be getting harder for her all the time.  The best she could do was take things day by day, and so she pushed her doubts aside, hoisted a tray of dirty dishes onto her shoulder and carried it past the counter, through a swinging door and into the back.  She dropped the dishes at a wash station before wiping her hands on a rag.

“That about it for the evening?” asked Sonny, a middle aged cook who stood in the kitchen in a white apron.   On his head he wore a white paper hat.

“Looks that way, Sonny,” Amanda answered.  She put down the rag and returned through the swinging door and into the dining room.  The restaurant was like a thousand other diners in a thousand other small, Midwest towns just like this one.  Worn red vinyl booths lined the walls, with a row of tables in the center and a long counter stretching from one end of the room to the other.  Behind the counter stood Lucy, the graying, no-nonsense proprietor, cleaning around the coffee machine.

“Don’t turn that off yet.  You know I’m going to want some coffee with my pie!” said Floyd.

Beyond Lucy stood the small and wiry Piper in a waitress uniform of her own.  She held a remote control in one hand and pointed it at an old television mounted near the ceiling.

“Oh, you ain’t puttin’ on that there bridal show again?!” Floyd complained.

“It’s called
The Bride
and if you don’t like it, you can just go somewhere else!” Piper replied.

“There ain’t nowhere else
to
go and you know it!”

“Too bad, then.”  Piper put down the remote and looked up at the screen.  A group of eight handsome young men in black tuxedos stood lined up in the foyer of an enormous mansion.  A solid wooden staircase curved around one side of the room and on up to the second floor.  A man who appeared to be the host of the show stood on one of the stairs facing the contestants.

Amanda made her way to Piper’s side where the two of them leaned back against the counter, heads tilted up to watch the show.

“There who is?” said Floyd.

Floyd merely shook his head, as though trying to understand these women was a lost cause.

“Amanda has a crush on number five,” Lucy tried to explain.

“I’m not the only one!” Amanda protested.  “Piper likes him too!”

“None a’ them ain’t nothin’ but a bunch of pretty boys, ya ask me,” said Floyd.

“Nobody asked you!” said Piper.  “Besides, can we help it if there aren’t enough manly men like you to go around?”

Piper raised the remote and increased the volume.  On the screen a woman appeared at the top of the stairs, looking glamorous in full makeup with long blond hair.  She wore a full-length gown of green chiffon.  Very carefully, she made her way down.

“It’s a wonder she doesn’t trip and fall flat on her face in that gown!” said Lucy as she paused from her cleaning.

When the camera panned back to the eager bachelors, Amanda kept her eyes glued to number five.  He looked so handsome with his broad chest filling out his crisp tuxedo.  A wisp of blond hair hung down over his right eye.  She couldn’t imagine
the bride
choosing any other contestant, despite what Piper thought.  Number five was perfect in every way.  In fact, Amanda couldn’t understand how he ended up on this show in the first place, competing with a bunch of less-worthy bachelors for the hand of one un-deserving woman.  Surely there must be a gazillion other girls around the world who would marry him in a heartbeat.  Why fight for this shallow, narcissistic
bride
who obviously cared only for herself?  Why throw himself at a woman who could never appreciate his finer qualities?  His kindness, for example, or his intelligence?  Did he really want to get married that badly?  If so, Amanda was here, waiting for him in this little diner in the middle of nowhere.  She would appreciate him.  She would make him happy, no matter what it took, if only she could somehow let him know.

On the television, the host explained to the viewing audience that one of these eight bachelors, from an original group of twenty-four, would not be invited back for the following week.  It was up to the bride to decide which suitor would be sent packing.  In her right hand she held a stack of invitations.

“Have you made your decision?” the host asked her.

“Yes, I have, but it’s getting so hard!” the bride giggled.  “It gets harder and harder every week!”

“Yes, I do,” the bride blushed lightly.  She held up one of the envelopes.  “The first invitation goes to the bachelor who made the biggest impression on our date this week.  Bachelor number two.”

Amanda’s heart sank just a little bit.  She knew that if number five wasn’t chosen, she’d never see him again.  If he made it until the end, however, he might actually marry this woman.  That would be the worst outcome of all.  On screen, bachelor number two walked up to the staircase and held out his hand.  When the bride gave him the invitation, number two smiled and winked at her.

“Oh please!” Piper protested loudly.  “Did you see that?  How cheesy can you be?!”

“I thought it was kind of cute,” said Lucy.

“Is this woman actually going to marry one of these pretty boys?” said Floyd.

“If she does they each get half a million dollars.  All they have to do is stay married for a year,” Amanda explained.

“Hell, I’d marry her for a quarter mil, if that’s what she’s after.”

“I might even bring her here for dinner.  Now gimme a slice o’ that lemon meringue pie, would ya?”

“That’s right.  See what I love about you gals?”

“I ain’t a gal no more.”  Lucy cleared his empty plate and replaced it with pie and a coffee.  The girls remained glued to the television as the bride chose bachelors four, seven, twelve and eighteen.

“What is she thinking?!” Piper shouted.  “Number nine!  Pick number nine!”  When the bride did so on the next pass, Piper threw up her hands.  “Jesus, it’s about time!”

In the end it came down to two remaining bachelors.  Number five and number sixteen.  One of these would be going home.

Amanda crossed her fingers and looked away.  “I can hardly watch.”

“My last invitation goes to…” the bride paused for effect.  “Bachelor number… five!”

Amanda looked back just in time to see a big smile cross his face.  Number five clasped his hands together and looked up to the ceiling.  Amanda felt a similar sense of relief.

“Bachelor number five, you may step forward and accept your invitation,” said the host.  “Bachelor number sixteen, I’m sorry but your time in the mansion has come to an end.”

Lucy looked to her two idle employees, still leaning motionless against the counter.  “All right girls, you can turn it off now.  I’m not paying you to watch TV.”

“You love it as much as we do and you know it!” said Piper, raising the remote to turn off the television.

Amanda picked up a bussing tub from beneath the counter and walked back around to the dining room.  She made her way through, collecting catsup and mustard containers from each table, one after another.  Piper followed behind, setting each place with clean napkins and silverware for the next morning’s breakfast customers.

“Another week of number nine!” said Piper cheerily.  “Nine for me and five for you!”

“Me?  Depressed?  Not over something as stupid as a TV show.  I’m not going to shed any tears over
The Bride
, that’s for sure.”

“I know, it’s just… Don’t you ever wonder where
your
prince charming is?  When is he going to come walking through the door and sweep you off
your
feet?”

“Unlike you, I live in the real world.  Besides, I’ve got my prince charming.”

“Is that what you call Donny?”

“Nothing, I’m sorry.  I didn’t mean anything by that.”

“Maybe when number nine comes knocking on my door I’ll change my mind, but in the meantime Donny is good enough for me!”

“You’re right Piper.  I shouldn’t let that show get to me like it does.  I guess I just get lonely sometimes, that’s all.”

Piper paused to stare Amanda in the eye before ultimately deciding to forgive her.  “Your prince is out there,” she said.  “You’re going to find him, you’ll see.  You just have to have some faith, that’s all.”

“Thanks,” Amanda gave Piper a smile.  “You keep me grounded.”

“That’s what I’m here for,” Piper answered.  When they’d cleaned and set all of the tables, swept and mopped the floor, Piper ducked into the back to punch the time clock and change out of her uniform.  Amanda saw Donny’s old Chevy pickup truck pull up out front.  He parked in a space near the door and shut off his lights, not bothering to come inside.  When Piper reappeared in the dining room she wore jeans and a grey sweater.  “We’re going to Rusty’s if you want to come!” she said to Amanda.