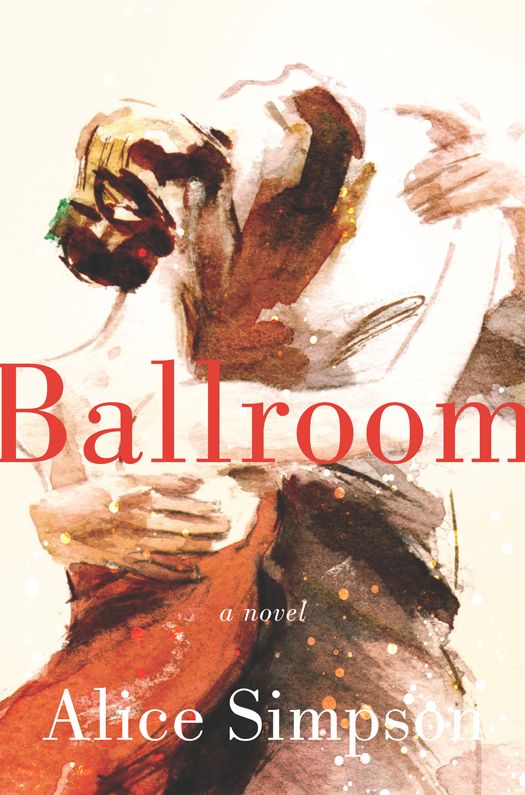 To those who refused to dance with me
.

Let us read, and let us dance; these two amusements will never do any harm to the world.

The Story Behind the Book

Sheathed in a black netted gown

the Ballroom awaits the arrival

of the wrecking ball,

The indigo ceiling once held in place

is peeled away, admitting daylight,

to reveal a worn-out parquet floor

lie on the floor

once swirling with a million stars.

W
hen Harry Korn is awakened by his own scream, he is terrified that Manuel Rodriguez has heard him three floors below. Harry wants no trouble. His neck is clammy, his T-shirt soaked, and in his mouth is the same dry taste of the plaster dust of his dream. It is the time of night, halfway to a January morning, when everything has an unreal haze. In the blue half-light, there are eerie ghostlike shadows cast from the street. Each time a car passes, the shadows move across the ceiling and onto the wall next to his bed. Turning on the lamp reassures him that everything is in place.

He walks to the open window. All is still. The surface of his skin tingles as the air cools the perspiration. Out over the indigo Twelfth Street landscape of tenement roofs, all is as it was when he went to sleep, and—except for the street lamp and the darkness outside its aureole—as it will be in the morning, when he will wait to catch a glimpse of Maria.

Back in bed, he takes deep breaths to slow down the pounding in his chest. Whatever the dream was, it happened a long time ago.

H
arry never pulls down the shade when he sleeps, preferring to waken and judge the day by the morning light as it filters through his fourth-floor window. The January sky is striated with bare hints of orange and gray. Harry sits up; rubbing his swollen eyes with his palms, he rotates his shoulders and then circles his arms. The motion of his neck sends a rush of pain, and he hears a crackling sound, like the crushing of stones inside his head.

His knees are stiff, and his back doesn’t easily straighten. As he does every morning at seven, he hobbles to one side of the window, where, hidden by the sheer curtain, he watches Maria Rodriguez walk down the front steps. He holds his breath while he watches her and feels the anxious beating of his heart. As she moves down Twelfth Street toward Avenue A, he embraces the meander of her hips, adores the soft curved muscles of her calves, worships the poise of her bearing while feeling the cold glass against his forehead. Then she vanishes.

Manuel, Maria’s father, is already sweeping away the night’s collection of beer bottles, plastic bags, and garbage. When he turns, Harry quickly steps out of view.

Lying down on the floor in the sun, he does seventy-five sit-ups, moaning with each motion. Reaching bony fingers toward his toes, he counts out fifty stretches.

In the steam-filled bathroom he looks in the mirror of the old medicine cabinet. Like every other door in the apartment, it is coated with layers of paint and won’t close. The mirror and his glasses fog over, and he is relieved not to face his reflection. As he removes his glasses and steps into the shower, he feels the water burn his shoulders, chest, groin, but soothe his knees and feet. Harry scrubs with a stiff brush until his skin is red, raw, and painful. Opening his mouth, he lets the scalding water burn his tongue and throat like a first sip of schnapps. He lets out a fierce animal sound.

He shuffles into the kitchen, puts water to boil. The instant coffee is almost gone; he measures out a half teaspoon, and when it’s made he dunks his toasted bread, one of the things he’s been taking from the East Village Senior Cafeteria, secreted in his newspaper. Taking his savings passbook from the kitchen table drawer, he considers the balance. Almost enough to take Maria to start a new life in Buenos Aires.

He needs more students. The middle-aged women who think that if they improve their skills, they will be asked to dance more often. They are the dreamers, believing they will find love again. Though initially he hadn’t wanted to spend the money, he’s bought a new boom box. He considers it a business expense and appreciates the clear sound, the full rich tones and the articulation of notes. It’s light enough for him to carry uptown to the Hungarian Dance Hall, where he rents space by the hour to teach. He’s determined to find one new student on Sunday night at the Ballroom.

When the Simon Shoe Factory took its operations to Mexico five years ago, the company gave him a decent pension. He’s sixty-five, living on Social Security and cash from private lessons. It affords him the necessities, and he’s been able to save. He’s lived in the fourth-floor walkup on the Lower East Side since 1950, when at seventeen he first went to work at Simon. It is now 1999, and the rent is only $380.

Often at night he awakens from recurring dreams of drowning, in a panic that he’ll lose the apartment. Where will he go if he loses Maria? For that reason he rarely speaks to anyone in the building, allows no strangers in the apartment to make repairs, especially not the super, Maria’s father, Manuel Rodriguez. He doesn’t want trouble with anyone.

Friday is his favorite day. He goes to market early to buy his week’s groceries—eggs, buttermilk, a can of tuna, grapefruits, bananas, a soup chicken, and a package of soup vegetables. Thirty dollars. The grocery list never changes. At the checkout, he asks the girl to double-bag his purchases in paper. When she turns her back, he takes six more bags.

Once everything is put away, he flattens the bags on the table. Starting at the front door, he takes up the sixteen brown paper bags that form a pathway through the small apartment, washes the linoleum floors, and puts down new bags.

In the evening, he dresses in black polyester pants and a black shirt as he plays music on the Latin station La Mega. At seven fifteen he pushes the kitchen table and chairs against the wall, then pulls the large, ornate gold mirror from beside the refrigerator and polishes its glass. With a correction of his posture, a slight lifting of his abdomen and chest, he practices mambo steps in front of the mirror and listens for Maria’s hushed knock at the door.

. . . and it should be the grand object of your life, whether in public or in private, to pass along noiselessly and beloved, and leaving only the impress of your fairy footsteps.

A
t seven thirty every Friday night, Maria Rodriguez quietly knocks, steps over the threshold, and follows the path of grocery bags to Harry Korn’s kitchen, where, through the years, the magic of the songs, the dance steps, have embedded themselves into her bones and blood. She can barely wait to be in his arms. Dancing with Harry, she forgets the secret they share; she forgets the shame.

She can’t remember a time when she didn’t want to dance. It began when she tiptoed upstairs to sit on the cold stone steps outside Harry’s door while Papi worked, just to hear the rumbas, mambos, and tangos, wishing Harry would teach her to dance as he always promised.

One Friday when she was eight, Harry invited her in, and she had her first lesson. His belief that she could be a dancer became hers, and in his sure embrace it seemed possible. For the past twelve years she has promised him her Friday nights, when it is simply the two of them dancing to La Mega in his kitchen. It is a secret they keep from her father.

Harry waits on the other side of the door. He has never seen her win bronze, silver, or gold with Angel Morez, and keeps his promise to leave the Ballroom before she and Angel arrive at nine on Sunday nights.

She loves the Ballroom, the
ba-boom, ba-boom, ba-boom
of the bass as the door opens, the air undulating with fleeting fragrances: perfumes, Fritos, popcorn, and stale beer. Twelve steps—twelve dollars to dance. Check your coat. Mary, the bleached blonde who has probably been there since vaudeville, will hold it for a dollar.

Maria listens for the Ballroom’s rhythms. Their ebb and flow is like blood moving through the passages of her heart. Each Sunday after meeting Angel at Union Square, she hesitates at the entrance to the once-grand room, which by nine is already a swell of counterclockwise movement—a blur of torsos, legs, and arms. Inside the shadowy ballroom, colored spotlights throb as dancers seem caught in a whirlwind. Greeted by friends, they make their way to the center of the dance floor. And then there is that singular moment when she holds her breath and steps into Angel’s arms. Under the spotlight, all the clatter and jangle of her brain is canceled in their first dance, everything is as fresh as that night when she was fourteen at Our Lady of Sorrows, when he first led her in a tango; before knowing she was good enough to be his dance partner. She is still seduced by the stories of the songs—of promise, longing, and betrayal. Sometimes forgiveness.

For ladies’ dress there are no rules. Avoid too much display and dressing for affect; your handkerchief should be as fine as “a snowy cobweb,” it should be bordered with deep rich lace, and delicately perfumed. As to gloves, white kid; shoes, small wafer-like yet strong, fitting exquisitely; and French silk stockings.

The Reluctant Jesus: A Satirical Dark Comedy by Duncan Whitehead
Birth: A Novella by Ann Herendeen
Dreaming of the Billionaire by Bright, Alice
Papel moneda by Ken Follett
The CEO Gets Her Man by Ashby, Anne
Mariah Mundi by G.P. Taylor
Heart of Steel: A Satan's Savages MC Novel #1 by K E Osborn
Hunters: U.S. Snipers in the War on Terror by Milo S. Afong
CARNAL APPETITE by Celeste Anwar
Dumb Luck by Lesley Choyce
Our partner