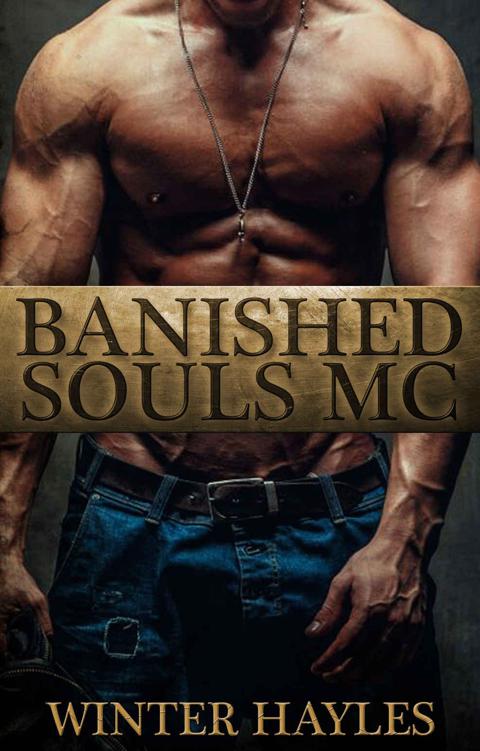 All rights reserved. This is a work of fiction. Names, characters, places,

dialogue, and everything else are products of the author's

imagination. Any resemblance to people or events, living

or dead, is purely coincidental.

"Wow, girl. With a hot body like that you aren't going to have any problems getting big tips."

Cherish turned from paying her taxi driver to see who was speaking to her. The speaker was a tall, stunningly beautiful woman with long fiery red hair. The curves and fleshy valleys of her body were the tell tale signs of a former stripper who had given up swinging around a steel pole long ago but still knew how important a figure was.

"I'll take all the tips and compliments where I can get 'em," Cherish said, and she meant it. Paying the taxi to come all the way out here took almost the last of her cash. And after covering the cost for a few days in a crummy motel room, she'd need a big cash infusion and fast.

"Just calling it like I see it, honey," the redhead said as she clopped over on expensive hi-heels. She offered her hand to Cherish. "I'm Addison. But you can call me Addie since I think we're going to be working together."

Cherish took her hand and shook. The grip was firm and her palm felt unusually dry. Like leathery burlap left too long in the desert sun.

"You're here for the audition, too?" Cherish said, nodding toward the low level building they stood outside of. A huge neon sign read 'Booty Bumps', along with a curvaceous outline of  a cowgirl. Both sign and cowgirl appeared to be off for the morning, as the club didn't open until later that day.

Addie cackled, ample cleavage quivering. "No, not at all. At least, not any more. I just sort of, uh, help around the club."

"Cool," Cherish said for lack of anything else. This curvy redhead worked here and was friendly toward her. Maybe this was just the angle she needed to secure a job.

Addie took this as a sign of genuine interest and became more animated. "Yeah, I stripped here for, oh, I dunno, maybe three years before the Club decided I was more important to them doing other things."

"The Club? You mean the manager?"

Addie laughed. "No! The Club. You know, the real owners of this joint," she said with a thick tone of conspiracy.

Cherish looked perplexed. Just then, two other smoking hot women clip clopped past them and into Booty Bumps through the huge glass front door.

Addie glanced at them, then took a step closer to speak to Cherish in almost a whisper. "The Banished Souls MC."

Her reaction must have looked like confusion because Addie added, "You know, MC? Motorcycle Club? They're one of the more respected ones here in the valley." She looked at Cherish's expression with concern. "You've heard of them, right?"

Cherish knew damn well who they were. She knew of all the Biker Clubs in this part of the country. And she certainly wanted nothing more to do with them.

Damnit girl, Cherish thought. She didn't realize this was an MC business. Although most strip joints would be controlled by a MC Club or gang, she had hoped to find one which was free of that kind of influence. She really needed to do her homework before applying to these kind of places. But her skill set limited her options.

Without realizing it, Cherish looked over her shoulder back toward the highway, which ran parallel to the bar's wide parking lot. She half expected to see a dark blue mustang there, crouching in wait. And Devlin glaring at her from behind the wheel.

Maybe she should just leave now. But where else could she possibly go? Her choices were almost none existent.

"Are you all right, sweetie?" Addie asked.

"Yeah," Cherish said, composing herself. "I've heard of them. Just not sure if this really is the place for me, that's all."

Addie laughed. "I think you'll fit in just great." She hooked an arm through Cherish's, snuggling up against her like they were old high school buddies. She steered her toward the door. "I think the boys are gonna love you."

The hot air from outside was immediately replaced by the cool air-conditioned environment of the club. Down a short hallway, and past an empty cloak room, they emerged into a vast open bar area. Dozens of tables lined several tiers. Cherish guessed that this place could easily seat several hundred patrons. All of the tables were angled around a wide stage that ran along one side. It was larger than others Cherish used before, with four different steel poles, strategically placed, for dancers to use.

A long bar took up the entire wall on the opposite end of the room, furthest from the entrance. If a customer decided to leave, they would have to walk the length of the club and past the stage. The long walk was designed to give tipsy customers time to change their minds.

All the interior work was of a very high quality. Nothing cheap here. Cherish took this as a good sign, but she wasn't fooled.

"Must get really wild in here, with such a big crowd," Cherish said as she paused to look around.

"Yeah, it can," said Addie. "But you never have to worry. Customers can't touch the girls, and if some drunk gets the wrong idea, the situation gets resolved real quick." Addison grinned and indicated a place at the far back. "The boys run a really tight ship."

Sitting around a large table against near the back end of the bar, sat a group of men. But not just any men. Each were of an intimidating size, and radiated an almost immutable confidence. The kind of confidence that one doesn't even have to think of, it just was. As a group they were both terrifying and awe inspiring for an outsider to behold. Like benevolent gods who had come down to earth to claim their kingdom, whether anyone liked it or not.

Cherish swallowed, and felt a tingle of apprehension in her chest. Yup, those were bikers.

"They're good guys," Addie said, then shrugged. "For the most part. Just don't cross them." When one of the bikers appeared to glance in their direction, Addie gave an excited little wave.

But he, nor any of the other bikers seemed to care. They were immersed in their talk.

"They're probably talking Club business," Addie said. "Almost always makes them grumpy." She tugged at Cherish's arm. "Come on, we'll get you in to see the manager."

As Cherish let herself be pulled along, she looked back across the vast gulf that was the bar, toward the seated figures.

One biker happened to be sitting in more light than the others, as if the room itself felt he warranted more attention. He was large, stocky in build, with short cropped brown hair. Cherish got just a glance of him, and was struck with how drop dead gorgeous he was.

Then she caught her breath. He was looking back, locking eyes with her.

Then Addie yanked her further down the bar toward a series of couches outside what looked to be an office. Cherish was disappointed she couldn't ogle the handsome biker for a few moments more. But not as disappointed at seeing all the other stripper talent sitting here. Sheer dresses, blinding cleavage, insanely high hi-heels assailed her vision.

It seemed each woman was more incredibly beautiful than the next.

Addie sat the two of them at a small table. "I'll get you ahead of the line, don't worry."

"Cool," Cherish said. She didn't think it would make any difference when she got in to see the manager. There were so many stunning women here, how could she even hope to compete?

"Diseased skanks, the lot of them," Addie whispered, then cackled. Cherish was suddenly hit with a feeling about this woman. As if there was a tinge of sick desperation to her actions.

God, I'm one to judge, she thought.

Glancing at the closed door of the office Cherish asked, "What's his name? The manager."

"Lloyd," Addie said, and frowned a little. "A real scum bucket. But then aren't all strip club managers scum buckets?"

"Oh, yeah?" Cherish said, trying not to sound to leery.

"Don't worry. I'll get you in there and you just do your thing."

"Thing? I dance for him in his office? Not on the stage?"

Again, that annoying cackle. Addie said, "No, stupid. You don't dance today. That's on audition night. This is the audition for the audition."

Cherish was as confused as she was concerned. "What am I expected to do now?"

Addie shrugged and said, "Whatever that pervert wants."

Suddenly, a tall beautiful Asian woman scampered out of the office. She was crying hysterically. As she ran past a bewildered Cherish, a voice boomed from within the office. "Thanks, but no thanks, bitch!"

Cherish, wide eyed watched the poor woman run to the front door and out into the heat. She turned to look at Addie, wide eyed.

"Guess she doesn't get an audition," Addie said without a hint of humor. Then, she stood up and yelled, "Lloyd, I got a real looker here for you!"

"Then send her in!" snarled the voice from the office.

Addie sat back down and grinned maniacally at Cherish. "You're up."

Cherish was dumbfounded. What was she to do? With a setup like that all she wanted now was to follow that Asian woman out of here. But she couldn't. She needed this job. Desperately.

Composing herself, Cherish stood up, smoothing unseen wrinkles on her tight skirt.

Addie leaned over and whispered too loudly, "Don't worry. Lloyd is one of those thirty seconds kind of guys. You'll be out of there in no time." Again, that cackle.

"That's great," Cherish said. Horrified, yet totally caught up in the moment. She headed toward the door, past the open death stares emanating from the other women.

"Slut." Someone hissed. Others giggled.

Cherish ignored them, but as she got to the doorway Lloyd bellowed from within, "And close the God damned door while you're at it." Her stride faltered.

Keep it together, girl, she thought. Her heart was hammering in her chest.

Then she entered the office, and closed the door.

Dust Tracks on a Road by Zora Neale Hurston
Delphi by Scott, Michael
Marked For Love (Mob Romance) by Grenier, Cristina
Baltimore by Lengold, Jelena
Seeing the Voice of God: What God Is Telling You through Dreams and Visions by Smith, Laura Harris
Blossoms Meet the Vulture Lady by Betsy Byars
Another Life by Andrew Vachss
Say You’re One Of Them by Akpan, Uwem
Uncrashable Dakota by Marino, Andy
My Chocolate Redeemer by Christopher Hope
Our partner