Read Before You Go Online 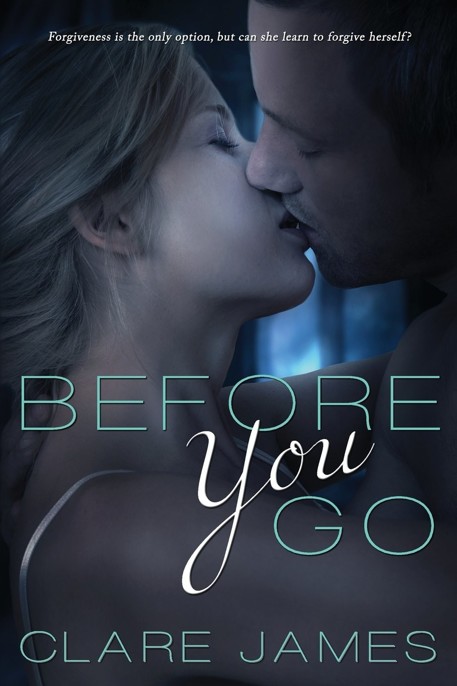 The only way to make sense out of change is to plunge into it, move with it, and join the dance...

Most people think he brok
e me the night it happened. The night he betrayed my trust and hurt me in a way I’m not sure I’ll ever recover from. But that’s not when he did it. It wasn’t his actions from that night. No, it was the next morning when my world would come crashing down—all because of some stupid stunt my friend, Megan, talked me into. And because I trusted the wrong guy.

It was the pounding on the door woke me that morning. Somehow I managed to fall asleep after I made it home from Thomas Richardson’s party. It was a defense mechanism, I think. I needed to shut down and process the events from the night.

I ignored the noise, hoping it’d go away. Unfortunately, it only got louder.

Through the peep hole in the door, I could see Thomas pacing in the hallway. My body went cold at the sight of him, completely the opposite of how he used to make me feel. Strange how one day could change everything.

“No,” I told him. My voice was hoarse and weak. It made me sick to hear it.

“Look, we need to talk.” He softened his tone. “I’m sorry about last night. But you’re okay, nothing really happened. Right? It was just a party that got a little out of control.”

I whipped the door open, furious that he called what happened,
nothing
.

“It was more than just a little out of control, you asshole,” I screamed.

“Shhh.” Thomas ran his hand down my arm to soothe, but it only repulsed. He then stepped around me and shut the door to my dorm room.

“Well,” I said, bracing myself. “You can start by telling the truth when Dean Schiller calls you in.”

His face quickly lost all traces of warmth. “What?” he spit. “You’re going to the administration with this?”

“I have a meeting later today,” I said, not meeting his eyes.

“Well, it’s a good thing I stopped by then.
” His face was red, jaw tight. “I have something you should see before you go.”

That was the moment that did it. And I’ve been broken ever since.

“What can I get you?” the bartender asks while building a perfect Guinness from the tap. He looks to be in his twenties, although he is completely bald, by choice or bad genetics I can’t quite tell. Doesn’t matter, it looks good on him. I consider it—or him—for a second but quickly dismiss the idea.

What’s that old adage,
don’t shit where you eat?

Well, this would fall into the category,
don’t get down and dirty where you drink.
Also, not a good idea.

My hairless, but handsome, bartender
strums his long fingers along the bar, making the tendons in his tattooed arm contract and release in one fluid motion. I get lost in his lanky limbs, not understanding his impatience until he clears his throat.

“Oh
yeah, sorry.” I shake my head. “Do you make mojitos here?” It’s September and summer has officially ended, but I want one more taste before we descend on the downward slide toward the inevitable Minnesota winter.

“A mo-what-oh?”
the bartender asks, his voice dripping in sarcasm. “Hmm, that’s a tough one, ma’am. Isn’t that like three ingredients?”

I roll my eyes
at this smartass behind the bar.

“
We’re simple folk at Rye’s, but we’re not barbarians.” He gives me a friendly wink. “We do have access to mint and sugar.”

It’s not like Rye’s is a dive
. It’s one of those neighborhood places that caters to the locals and occasional hipster. Nothing fancy or fussy. No mixologists here. It’s why I chose the place—it’s no frills and off campus, so there’s slim chance any students from the university are patrons of the joint. The perfect place for what I need to do.

The little bar is slowly filling up. All the regulars are already here: my favorite pervy-looking Santa character, Mr. Asscrack (self-explanatory), and a guy who looks like Leonardo DiCaprio’s ugly twin. It’s a Thursday evening, which means it won’t really be jumping for another hour. I’ve been coming here for the last few months, but anytime I get close to picking a guy, I chicken out. The whole point of this little
exercise
is to be the person in control. To be the person to say where, when, and most importantly,
who.

Once I can do that, I think I might have a chance at being normal again.

At the end of
the bar are two prospects: one looks like a messenger boy—an extremely ripped and adorable one. I saw him locking up his bike on the way in with a bag slung across his body.

No, absolutely not. He looks way too sweet.

But there on the corner is a definite a contender. He’s a little messy: wild hair, rumply shirt, ten o’clock shadow. Too bad he’s fidgeting all over the damn place. Not exactly what I was going for. I need easy, breezy. A guy who is up for a fun night, but also knows when it’s time to leave. No strings, no complications.

He glances from his phone to the door to his phone
again. I’m dizzy watching him. He’s either meeting someone or he needs to get drunk … or laid. Maybe I could help with both? I’ll have to check in on him in a bit.

I order another mojito from my new bartender BFF and I swear it’s about twice as strong as the last one. My lips pucker from the sour liquid as I swirl it on my tongue, readying for the burn on the way down my throat. I never was much of a drinker, but some things cannot be done sober. Still, I can’t be bombed either. I need to find that happy medium.

An hour later, I’d say I found that happy place. I’ve put down two more extra strong glasses of mint deliciousness and have made some new friends in a very vicious game of Bingo. I’m having so much fun I almost forget my mission or what I like to call:
Take Back the Night
.

The men are looking much better in here now. When did that happen? I’d say my prospects have doubled. Pervy Santa even has a nice happy glow to him and Asscrack looks like he’s lost a few pounds.

Yep
, the liquor is definitely taking its toll. Better check on my friend on the corner before I’m too far gone.

Thankfully, he’s still here,
drinking a beer and laughing at the guy on the barstool next to him. He seems more relaxed too, and he’s no longer checking his phone every second.

I make my way down the bar and grab a seat to his left. “Hello,” I give my most brilliant opening.

He angles his body away from his neighbor to greet me.

“Sorry to interrupt your evening,” I say, gathering my courage. “But I’m killing these guys with the Bar Bingo over there.” I point to the regulars. “And I could really use some competition. Are you up for it?”

“I’m not sure Bingo has a lot to do with competition. I think it’s more a game of luck.” He chuckles and I feel it all the way down to my toes.

Yes, this could work.

“Not with these guys.” I return the smile. “Even squinting one eye, most of them can’t read the board. Come on over. It’ll be fun and it’s better than staring at your phone all night,” I blurt out before thinking.

“Been watching me all night, have you?” He smirks.

I take a moment, letting my eyes rake over him. He’s actually better looking up close. Gorgeous even. His sandy hair sets off his bright blue eyes and his skin is still tan. Hell, I’d be interested even if it wasn’t
Take Back the Night
. He really is something.

“Like I said, I’ve been looking for competition.” I nudge him, yet he barely moves. His body is long and lean, but surprisingly solid.

“Are you in a habit of picking up strangers in a bar?” He narrows his eyes.

“Uh, no.” I flip my hair. “Now come over and play an innocent game of Bingo. Then we won’t be strangers anymore.”

“Okay.” He laughs. “I was supposed to meet someone tonight, but they had to cancel so I could use a distraction.”

I take his hand and lead him to the other end of the bar.

And he simply follows.

“We’re glad your cancer is benign,” the crowd replies
in unison.

“
So, stranger,” I say to my new friend. “What do you do when you’re not letting young women pick you up at a bar?”

I nod, impressed. “Ah, very cool. And what put you on that path?”

He tips his head and stills for a moment. “A love for Salinger, I guess.”

“Among others.” Now
he
nudges
me
. “What?” He studies my face. “You don’t like one of the best books of all time?”

He
scrunches up his face and takes a deep breath, “Well, there’s this kid, Holden Caulfield, and he’s expelled from school.”

“No,” I interrupt. “I understand the story.
But I guess it really didn’t speak to me.”

“What?”
he asks, shaking his head.

“Calm down, Holden,” I say in the most soothing voice I can muster. “We
don’t have time for a literary argument right now. We have an important game of Bingo to play.”

“Holden, huh?”
He scratches his head and messes his hair even more, while I fight the urge to put my fingers in it.

“Mmm
hmm,” I say before I grab our Bingo cards. “It’s the perfect name for you.”

“Pardon?” I question while reaching over the bar to grab
two blotters for the game.

“Scout from
To Kill a Mockingbird
?”

“Yeah,”
he agrees. “But she’s smart, spunky, and wise beyond her years.”

“Me too.” He takes the blotter from my hand, touching my fingers a little longer than necessary.

My stomach flips and I pray my face does not betray me with a blush.

This is going very well. Still, I need to get a handle on the situation. This is not a date. It’s a sleazy pick-up, one that will hopefully end in a one-night stand. Then maybe I can undo everything Thomas did to me. It’s all about control. And if I can do this, maybe I can take control of my life again. I like the sound of it.

I just hope it works this time.

“Alright, Holden. Let’s see if you can run two cards at the same time.”

Holden raises an eyebrow in my direction and I shrug.
When at Rye’s …

After a few rounds, we’re both pretty
into the game and when “B 4” rings out from the microphone, Holden yells, “Not after but
before
.”

He’s seriously cute. Okay, not cute. Sexy
—as hell. I might actually take pleasure in what comes after this.

I check my phone for the time. Yes, it’s now or never.

“Shoot,” I say, leaning into Holden a little. “I need to catch the bus. The last one leaves in five minutes.”

He
pulls his eyebrows together and frowns. “But I was just getting the hang of the game.”

Come on, come on.

“You should stay and play. Pervy Santa is a blast once you get to know him. You won’t even miss me.”

“I doubt that
, Scout.” He sucks on his bottom lip and I’m lost for a minute.

Offer me a ride, godd
ammit!

“I could give you a ride home if you want to stay for another game.”