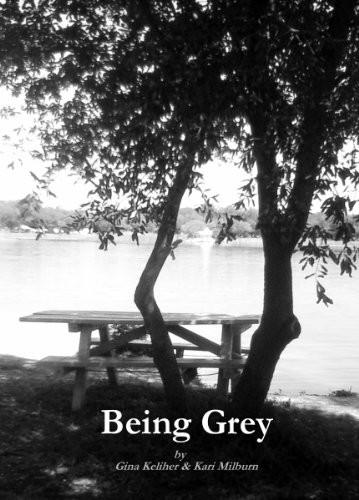 It’s not a good thing and it’s not a bad thing. You could call it a talent, but it comes with some drawbacks; like being an ‘A’ list celebrity will mean dealing with paparazzi every day.

The night of my 6
th
birthday I discovered my destiny. It involves killing people.

I suppose its best to start at the beginning.

My sister, Lisa, is two years older than I, but our birthdays are just a few days apart, so we always shared parties until she grew out of pineapple and cheese on sticks. It was my sixth birthday, Lisa’s eighth, and my mother had arranged for a magician. We’d decided it would be fancy dress and had spent half the day eating too much and generally trashing the house as only young children can do with twenty of their friends.

I heard my mother talking to someone at the front door so I ran out to see which of my friends had arrived late. There was a gentleman standing there with a black cape, a black top hat and a rabbit in a cage. My first impression was of tremendous excitement until I noticed my mother’s face. I’d never seen her looking so horrified. Her back was rigid, and she stood before him in a way that I’ve realized since was one of defence. She was defending the entrance to our home from him. She was telling him he had to leave. Leave now.

I crept up to her and peered at the man from beside her. At first she tried to push me away but then she held me close as she talked to the magician.

In later years I’d learn that the look on her face changed from determination to resignation – there was almost sadness there. “I really think you have to leave. There’s obviously been some sort of mistake”.

“This is
12 Bluebell Drive
,
Alice
and Lisa’s birthday party?” The magician said.

“Yes it is. But I don’t want someone like you around mine or anyone else’s children.” Her voice sounded calm and controlled, but it was laced with anger.

The colour on his face had drained but he recovered quickly. “What do you mean? I’m the magician. See? Here’s my rabbit.”

“Leave now and you’ll live a little while longer. But I will find you and I will kill you. It’s what I have to do when I look at a
Being
like yours. I know what you do to children. I can’t prove it but I don’t have to. My only interest is in stopping you and the only way I know how is to kill you.”

These were distressingly strong words coming from my mother – she was always so carefree and calm. The laughter lines on her face proved her vitality. Hearing her like this, however, didn’t scare me. It felt like a natural side to her that I just hadn’t met yet. I finally turned to the man on the doorstep. His eyes narrowed and I saw something I can’t fully explain. Try to imagine someone breathing out when it’s really cold and frosty outside. That plume of warm breath like a soft fog against the cold air. Now try to imagine it seeping out of every pore of a man. Now see it as dark as night.

I ran to my bedroom hearing the front door slam and my mother’s steps on the stairs behind me.

I knew what she meant and I nodded numbly.

She sighed, “Darling Alice, I knew you had the ability but I didn’t want you to have the responsibility that comes with it yet.” She held me close, thinking before she continued. “Every second daughter born of someone who can sense
Beings
and every first son will have the ability. It’s been passed on for hundreds of years. We can sense the good in people as well as the bad.”

“Mummy he was leaking darkness.”

“So you could see it?” She’d asked, nodding. “You will find some people that have so much goodness in them you will almost be blinded by the light that pours off them. That fog you saw is what we call a person’s
Being
. And everybody’s
Being
will appear to you as a colour, varying in shade, from a blinding white light, through shades of grey, to the very blackest black.”

It had frightened me. And here was my mother telling me that we all had these
Beings
in us.

My mothers smile filled the room with such warmth, that I suddenly saw her properly for the first time in my life. And she shone with such a purity and brilliance that my breath caught in my throat. “My darling,” she said softly, “you are as white and as pure as snow. We help the good people; the people who have
Beings
that are the purest brightest white. We help put them in positions of influence so they do the right thing for humankind. Like provide jobs, start charities, find cures for deadly diseases. It’s a very special gift sweetheart.”

She told me how I could inspire and do good in the world with my ability. She explained how there were many of us, and that one day I would belong to a group who could protect the good from the evil. To such young ears, it sounded like fairies fighting goblins.

“The magician downstairs, he is completely evil; his
Being
showed us. He is the type of person who does bad things every day. His
Being
can not be saved, and people like us, people who can sense and who understand, we know that he must be dealt with. We must make sure that he can never harm anyone ever again. This is the downside to our gift. The dark side. When you sense a
Being
like his, there is no redemption for him. We have to remove evil like that. You have to kill people with damned
Beings
like that.”

That night she took me with her to a kill for the first time.

I recently had my fist solo kill and it wasn’t that bad. I happened to be in the wrong place at the wrong time, putting petrol in my car, when I saw someone run outside ripping off a balaclava and carrying a gun. Maybe it was the right place at the right time. He had the oozing damned
Being
that only I could see. Bit of a no brainer really. I put the car in drive, got out and with amazing luck managed to pin the guy between my car and his getaway car. His driver panicked and put his foot down and virtually cut him in half. Then the getaway driver surrendered. Well, really he was throwing up so bad he wasn’t going anywhere.

I told the police it was an accident, I hadn’t realized I’d left the car in drive (not that they really cared) and I was hailed a local hero. Turns out the cashier inside had been shot moments before and if I hadn’t been there he may have bled to death.

As first kills go I think I got lucky.

It’s not the same for everyone who is ‘Gifted’. My ability is through sight but others sense it through smell, taste, touch or any number of senses.

I’m seventeen now and am comfortable with my ability. Maybe that’s because I have a great mentor who has taught me the history of the ‘Gifted’, maybe it’s because I’ve met others like me, or maybe I feel like part of a superhero group. Even though we’re not, of course.

Adrian
lives on
Millennium Drive
in
Canary
Wharf
. Very nice apartment. He’s my mentor.
Adrian
is 34, looks 26 and has the knowledge of a 99 year old. He has smooth black skin and a shaved head, dresses in Armani and wears shiny brown brogues. He is handsome and I see him with a gleaming white
Being
.

Poppy met me at the door with a Diet Pepsi, “It’s bloody scorching out there today.” She

Poppy is my best friend. Born Penelope Adelaide Howard to Lord and Lady Howard who reside (never live) in the most magnificent manor house with at least 200 acres of land in
Surrey
. Poppy lives (never resides) with me, is a champion horse rider, excellent hunter and recently had her first kill. With a polo stick. Don’t ask. She has the most beautiful auburn hair, which spends 95 percent of the time in a ponytail, is about 5ft 2in with bright green eyes and is slender and constantly bubbly. I should hate her but she’s infectious.

Me, I look like
Alice
in Wonderland. Without the headband. Have no idea how my mum knew to call me Alice. Long blond hair to my waist, blue eyes and a sprinkling of freckles across my nose.

“Ah, the gang’s all here.”
Adrian
points out.

The gang consists of me, Poppy, Stefan, Annabel and Robbie.

“Stefan had his first kill last night.”
Adrian
looks proud as he says this. He’s mentored us all for a while now, and now that we’ve each ‘gone solo’, I suppose there must be a little satisfaction in it for him; at the very least, approval that none of us have been caught and arrested.

“How was it?” Annabel asked. The first one can be gut wrenching. No matter this is what we have to do, taking a person’s life is never going to be a fun job. We know our kills are evil people. Evil beyond all hope of salvation, but they were once good. Or at least I like to think so. After all, I believe every baby is born with a pure
Being
.

Robbie is a little different. Robbie doesn’t see a person’s
Being
like I do. Instead he senses them through pain. If a person has a damned
Being
, Robbie feels the most excruciating pain that can be horrific to watch. Because of this he doesn’t hesitate in his killings for even a second. He may be the youngest member of our group but he definitely has the highest kills so far.

A few years ago Robbie’s parents passed away leaving Robbie in charge of his younger brother, Luke. There is nothing in the world that Robbie wouldn’t do for his brother. He will kill every damned
Being
in the world if that’s what it takes to protect him. They live with
Adrian
which I’m glad for, as its one more person to watch over Luke. I don’t want to imagine what Robbie would be like without him.

“Now, now Annabel. You know we don’t
all
like to brag about our first kill. Suffice to say it’s over and there is always more work to be done.”

Adrian
is one of the good teachers. The kind that you can have fun with, but when it comes down to business he knows we take him seriously. We respect him. We actually trust him with our lives, as he’s taught us how to kill cleverly. And he’s always cooking.

“You know all about people with damned
Beings
and you know there are those with pure
Beings
; i
t’s imperative to look for the pure
Beings
as these people hold the key to our future. When you encounter them, and unfortunately this won’t be as often as the damned
Beings,
be sure to find out more about them. Introduce yourselves.”

City of the Cyborgs by Gilbert L. Morris
Gray Matter Splatter (A Deckard Novel Book 4) by Jack Murphy
Tiger, Tiger by Margaux Fragoso
Let Me Explain You by Annie Liontas
Selling Out by Dan Wakefield
Last One Home by Debbie Macomber
Jane Feather - [V Series] by Violet
Dance Real Slow by Michael Grant Jaffe
Borrowed Vows by Sandra Heath
All My Friends Are Going to Be Strangers: A Novel by Larry McMurtry
Our partner