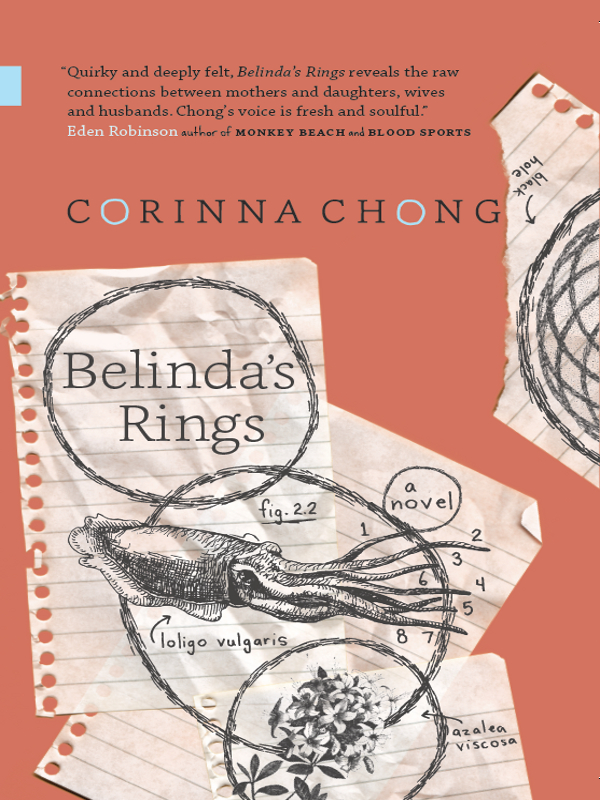 All rights reserved. The use of any part of this publication reproduced, transmitted in any form or by any means, electronic, mechanical, recording or otherwise, or stored in a retrieval system, without the prior consent of the publisher is an infringement of the copyright law. In the case of photocopying or other reprographic copying of the material, a licence must be obtained from Access Copyright before proceeding.

No bison were harmed in the making of this book.

For my brother and sister,
in whom I see what I hope to be.

Hybridize or disappear; family
in
place.

SQUID'S GOT THREE MOTHERS
who can't spank him.

That's what my stepdad Wiley used to say when Squid got into the goo. Back when he was a baby, you had anything gooey and Squid'd find it. Peanut butter, craft glue, ketchup, little bits of melted tar on the street â smeared all over his cheeks faster than you could say âfudge.' That was code in our family for âSquid is covered in something gooey,' except you had to yell it out,
FUUUUUDGE
, like a swear word. Mum doesn't know that people say âfudge' to mean another f-word, so sometimes I'd yell it right in her face to make Jess laugh. Jess never did it herself, squeezed her eyes shut like she was jumping off a building whenever she yelled fudge. She didn't yell nearly half as loud as me, either.

The problem with spanking was that it didn't work. Mum only tried it once, in the supermarket. I was there and remember it perfectly. She'd let him out of the shopping cart to toddle around. He was just little. Only a couple months before he'd still had that mini-drunk-person sort of walk that made me want to follow right behind him, holding out my arms, thinking he could topple over any second. By this time he'd gotten to the stage where we had to actually run after him 'cause he'd take off when you weren't looking. But we were in the cereal aisle and we didn't think he could do any damage, so we let him scamper around. He liked to punch the cereal boxes, the ones on the bottom shelves that no one wanted anyway. So he was punching, punching away, and every box he could reach was getting a punch, Squid made sure of that. Mum was looking at the generic brand of Frosted Flakes, the one that came in a big milky-coloured bag with no box, so most of the flakes were crumbled into powder.

That's sick, I told her. Can we please just get the Kellogg's?

It's all the same, Mum said. You're just paying for the name.

It looks disgusting, I said, holding the bag up to the fluorescent lights. I will not eat that. It's like sawdust.

That was when I was in grade six, and my friend Marnie would come over after school to watch TV. She was obsessed with Frosted Flakes, the Kellogg's kind. We always had a bowl each. I couldn't give her the generic brand. She'd notice. But while I was arguing with Mum, neither of us noticed that Squid had stopped punching. He was standing in front of us with a giant grin across his face. You could see all his pointy little baby teeth.

He'd stuck a fist into his diaper and got it all covered in â goo. Shit. This mustardy-brown, pasty kind of shit. The Squid special. And now he was waving the gooey hand above his head, his feet hammering the linoleum. Mum and I stood there for a second, staring at him, and then we both lunged at the diaper bag sitting in the shopping cart. Fudgefudgefudge, I said, Mum and me both pulling at the Velcro flaps and our hands just getting in each other's way. That gave Squid enough time to walk up to a lady who was bending down for a box of Grape Nuts. He swung his mucky hand like a club â SPLAT âright on her back. Squid's four fingers, imprinted in yellow slashes on her black suede coat.

The lady dropped the Grape Nuts, cranked her head around to look. She couldn't see the damage, but her eye caught Squid's pasty hand waving as he ran down the aisle squealing. Mum chased after him with tissues, her handbag slapping her ribs.

The lady stood up slowly. I thought she might puke, but she just stood there, her tongue jutting between her teeth. She was watching Mum chase Squid. So was everyone else. There were a couple of snickering high-school boys with a basket full of Doritos and Mountain Dew. A mom with her baby perched in the cart, quietly nibbling a soggy Arrowroot biscuit in two hands. They waited for what they expected. Punishment. I waited too.

Mum caught Squid by the collar and reeled him in. She grabbed both wrists and held his hands out in front. When she whipped her head to flick the hair out of her face, I could see her eyes darting around, noticing all the people watching her. It might have been the way the lights reflected off her eyeballs, but she looked like she was about to cry.

That was when Mum spanked him. Let go of one of his wrists and
thwack
. Squid's eyes bulged, his hips pulled forward, his little bum caving in on itself. He spun around and looked at Mum. At first, his face started to crumple up, and here we go, I thought. But then he just stopped. Blinked. His face smoothed out again, and his mouth did this funny thing where it turned into an oval. It was hilarious. A perfect oval, aimed right at Mum's snarling face. And then he laughed, gleefully, like one of those evil Chucky dolls from the horror movies. Ran down the aisle, feet going so fast that his wobbling body could barely keep up. He disappeared around the corner, Mum trudging behind him.

I watched Grape Nuts lady peel off her coat. She rooted around in her purse for tissues. It was hurting my stomach not to laugh.

I'm really sorry, I told her. I offered some fast food napkins I had stuffed in my pocket.

Can you believe that child? Grape Nuts lady said. She had this really embarrassed smile, and she was trying not to look anyone in the eye.