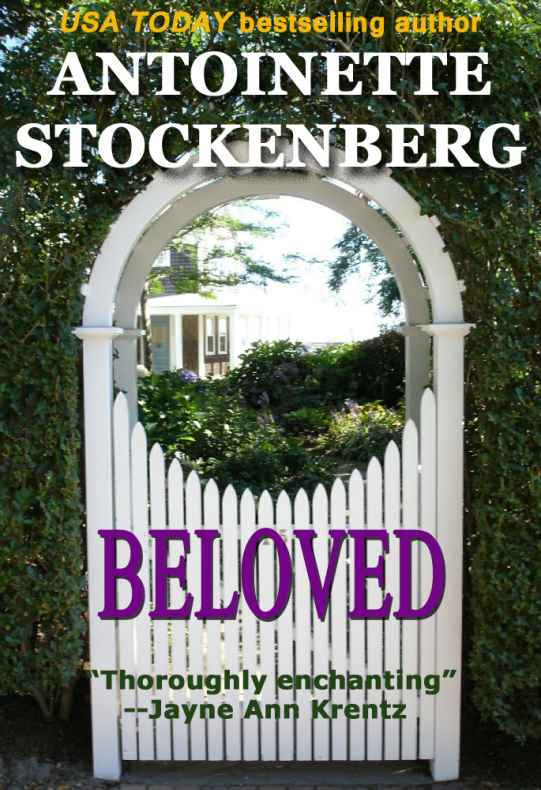 A cottage by the sea: it's a dream come true for Jane Drew. Too bad it comes with a ghost -- and a soulfully seductive neighbor who'd just as soon boot Jane off the island.

When you're seriously unattached and recently unemployed, the inheritance of a cottage on
Nantucket
Island
might seem like a really Good Thing. The fact that the house is ramshackle and possibly haunted? Mere details. Jane Drew never actually believed the neighbors' murmurs about her great-aunt being either a psychic or a witch, much less a psychic witch. Still, a series of eerie events soon has her convinced that the spirit of a beautiful Quaker is roaming the place, and it seems clear that it will take more than a smile and a wave goodbye to make the spirit leave. If Jane is to move things along, she's going to have to think like an islander. But she's a
Boston
graphic designer with no experience of the island or its history, and she could use a little local knowledge in her quest

There is no one more local than the aloof, wary, and impossibly seductive Mac McKenzie. Descended from generations of hard-working islanders, Mac has very clear opinions of off-islanders, and he's not afraid to express them. He has little patience for New Age types, moneyed types, and those for whom "antiquing" is a verb. He regards spaghetti as noodles, not pasta, and he drinks water from a tap, not a bottle. He's suspicious of people who design graphics, whatever those are. And he doesn't believe in ghosts. Period. When he finds himself up against the insistent, persistent, infinitely irritating Jane Drew with her knack for complicating his life, he does what any self-respecting islander would and shrugs her off -- for a while, anyway. But Mac understands, as Jane does not, that not every force is benign ... and not every force is otherworldly.

"
Beloved
is great ... a lively, engaging, thoroughly enchanting tale. Ms. Stockenberg is an exciting voice in the romance genre. Her writing is delicious; I savored every morsel of
Beloved
."

"
W
ill transport readers to a remote island world filled with humor, vivid life experiences, glimpses of the supernatural, and characters that sparkle
; the reader will
cheer and look forward to this author's next gem."

I’d like to thank Miss Barbara Andrews, now-retired librarian of the Nantucket Atheneum, for her kindness (and for the Fig Newtons); Glen Austin of the Antique Rose Emporium for taking the time to walk me through the process of budding a rose; Rebecca Lohmann, Nantucket’s town clerk, for her patience and courtesy during several long phone calls; and Frank Crandall of Wood River Evergreens, who knows everything about hollies. Thanks to Blue Balliett, whose charming books of
Nantucket
ghosts got me in the mood. And I’d like to thank John for his inspired contribution to this novel; who knows better how to smell the roses?

The reader might be interested to know that the incident behind my Legend of the Cursed Rose—the removal of a rose planted to mark a grave—is true.

"
Man, we don
'
t even know if she
'
s
in
there.
"
The boy reached out a grimy hand and laid it gingerly on the closed lid of the gleaming casket.

His pal
—
younger, cleaner, better behaved
—
sucked in his breath.
"
You
'
re not supposed to touch it!
"

"
What
'
s she gonna do? Open it and come after us?
"
The older boy
'
s voice was defiant; but he glanced around furtively, then rubbed away his smudge marks with the sleeve of his jacket.
"
Come on, let
'
s go. It looks like we have to take their word for it.
"

Watching the two from her seat in the front row of
folding
chairs, Jane Drew tried not to smile.
You never should
'
ve kept their baseballs, Aunt Sylvia. Fifty years from now they
'
ll still be saying you were a witch.

The kids made a run for the door around a plain-dressed woman, who promptly collared the younger one.

The boy squirmed out of her grip, then walked briskly the rest of the way out. The woman, sixty and bulky, shifted her handbag from her right forearm to her left and glanced tentatively around the room, taking in the closed coffin, Jane, and the two visitors chatting quietly in the back.

Jane went up to the new arrival.
"
I
'
m Jane Drew, Sylvia Merchant
'
s great-niece,
"
she said with a smile.

The visitor stuck out a well-worn hand.
"
How do you do. I
'
m Mrs. Adamont. Adele Adamont. I work at the A&P where Mrs. Merchant shopped,
"
she explained.
"
I wanted
to pay my respects because, well
...
"
She nodded to the empty chairs.
"
You see for yourself. When a widow has nobody, this is how it ends up.
"

Surprised by the islander
'
s bluntness, Jane said something dutiful about her great-aunt having outlived most of her friends.

"
Oh, no; she never had none, not that I recall,
"
Mrs. Adamont said evenly.
"
Everyone on Nantucket knew that. They say her husband died in the First World War; I suppose she never got over it. She was always one to say good morning, but never one to stop and pass the time of day. She was funny that way. How old was she?
"
the woman added.

"
My aunt had just turned ninety-four. The last two years were hard for her,
"
Jane volunteered.
"
She didn
'
t like living in a nursing home, away from Nantucket.
"

"
I did wonder why she
decided to go into a home off-
island. Was she all right
—
you know
—
up there?
"

Leave it to an islander to think anyone living on the mainland must be insane.
Jane racked her memory, trying to remember whether her aunt had ever mentioned a Mrs. Adamont. But the visitor was right; Sylvia Merchant had had little interest in other people. In the nursing home she
'
d reminisced about her house, and her garden, and the two cats who
'
d shared it with her. Books were important to her. So were movies: she
'
d had a VCR in her room, and her own copy of
Casablanca.
But as for friends and neighbors .
...

"
She did give me zucchini from her garden once,
"
Mrs. Adamont said, as if that were reason enough to pay her last respects.
"
So then, you
'
re all there is for family?
"

"
Almost,
"
Jane answered, drawing herself up to her full five-feet-seven, trying to make up for lost relatives.
"
There
'
s an elderly cousin no longer able to travel. I have a sister living on the West Coast, and of course my parents;
but unfortunately they
'
re in Europe right now.
"
Not that they
'
d come in any event, Jane knew. Other than an occasional exchange of Christmas cards, there
'
d been no contact between her parents and Sylvia Merchant for decades.

Mrs. Adamont looked Jane up and looked Jane down and Jane
'
s first thought was that the pale gray suit she was wearing just wasn
'
t funereal enough.

"
I see. You
'
re the one who
'
ll be getting the house, then.
"
Jane blinked. She was thirty-three; a career woman (even if an unemployed one); and reasonably sophisticated. Hosting a wake shouldn
'
t have been a daunting social challenge—but this portly, plain-spoken visitor wasn
'
t making it easy.

As a matter of fact the cottage
was
Jane
'
s now. She
'
d found that out just two hours earlier from her aunt
'
s attorney when he picked her up at the ferry.

"
Oh, you don
'
t have to say if you don
'
t want to, dear,
"
Adele Adamont said, seeing that Jane was reluctant to talk about it.
"
Everyone will know soon enough. You
'
re not actually staying
at Lilac Cottage, are you? The place does need work. Well, never mind. All in good time. Let me just say my good-byes to poor Sylvia. She had a long life, and
— despite all the silly gossip
—
who
'
s to say it wasn
'
t a good one?
"

Mrs. Adamont wrapped her coat around herself a little more snugly and approached the coffin. She bowed her gray head and murmured a short prayer, ending it with the sign of the cross, a kind smile for Jane, and a purposeful exit. She had done her duty to the deceased.

The two women visitors in the back
—
elderly sisters who had no idea who Sylvia Merchant was but who never missed a wake in town
—
left shortly afterward. For the next hour and a half Jane sat alone in the second row, her heart steadily filling up with sorrow, unwilling or unable to believe that no one else would be coming.

Finally, ten minutes before the end of the wake, someone did show.

He was a few years older than Jane and had the look of a man who
'
s had to juggle his schedule ruthlessly to find the time to break away. He nodded to Jane and walked directly up to the casket, where he stood for a moment of quiet reflection.

As for Jane, she could hardly keep from staring. He was almost the first person under sixty that she
'
d seen all day, tall and good-looking and handsomely dressed, with an air of quiet confidence. He was, she knew at once, a man of some success.

He turned to Jane again, his face sympathetic. It was a handsome face, chiseled to near-perfection and framed by dark hair.

A Stranger Came Ashore by Mollie Hunter
Tiddas by Anita Heiss
Love Out of Order (Indigo Love Spectrum) by Green, Nicole
Hellfire by Chris Ryan
A Kiss Before Dying by Ira Levin
A Shade of Vampire 31: A Twist of Fates by Bella Forrest
Providence by Daniel Quinn
A Thousand Falling Crows by Larry D. Sweazy
No-One Ever Has Sex On A Tuesday: A Very Funny Romantic Novel by Bloom, Tracy
Rapunzel and Red Riding Hood (Futanari Erotica Fairy Tales) by Julie Law
Our partner