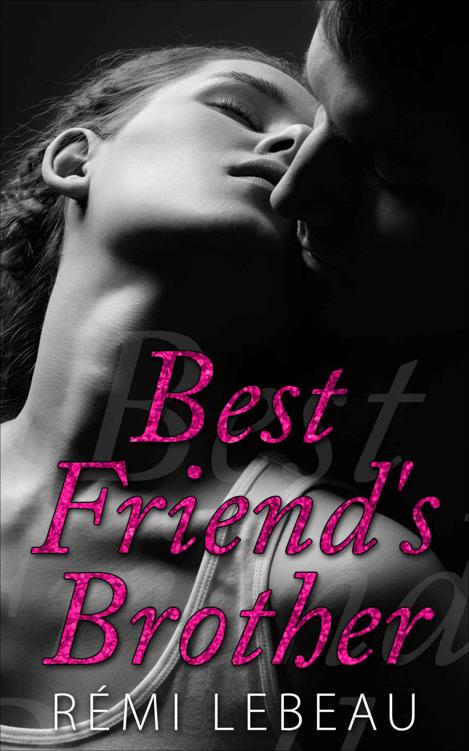 I want to thank you and congratulate you for downloadin
g“
Best Frien
d’
s Brothe
r
”
.  If yo
u’
re looking for a magical tale of friendship, love, and poetry then yo
u’
ve come to the right place!

“
Best Frien
d’
s Brothe
r
” is a wonderful story that will have you believing in true love again.  Follow the lives of three young people fresh out of college, and one home from war.  This story will take you on their journeys and show where their paths intertwine, and where they are separated from each other.

Thanks again for downloading this book, I hope you enjoy it!

This document is geared towards providing exact and reliable information in regards to the topic and issue covered. The publication is sold with the idea that the publisher is not required to render accounting, officially permitted, or otherwise, qualified services. If advice is necessary, legal or professional, a practiced individual in the profession should be ordered.

The information provided herein is stated to be truthful and consistent, in that any liability, in terms of inattention or otherwise, by any usage or abuse of any policies, processes, or directions contained within is the solitary and utter responsibility of the recipient reader. Under no circumstances will any legal responsibility or blame be held against the publisher for any reparation, damages, or monetary loss due to the information herein, either directly or indirectly.

The information herein is offered for informational purposes solely, and is universal as so. The presentation of the information is without contract or any type of guarantee assurance.

The trademarks that are used are without any consent, and the publication of the trademark is without permission or backing by the trademark owner. All trademarks and brands within this book are for clarifying purposes only and are the owned by the owners themselves, not affiliated with this document.

There was no explaining it.  There was no hint or warning from the universe.  Tongues, and teeth, and lips, and limbs all fumbling around in confusion.  Searching for each other.  Colliding with each other.  Not ever wanting to let go.  They connected like magnets.

Zooey smiled as she reminisced.  She licked and bit her bottom lip pensively.

Had that really been last night?  It had felt more like a dream from a long time ago than anything.  Something too good to be true, but somehow, it was just that.  True.

What now?  The question kept coming to her.  Like a slow tide, breaking away then washing in and over her.  She didn’t want to drown in questions.  She wanted to drown in him again.  Maybe that’s all she’d ever wanted.  It was hard to tell now.

Zooey lay with her belly on her bed.  She flipped through her thoughts like an old slideshow in search of memories before last night.  Trying to find what time they had together that was significant.  That hinted at all that it would have led up to a kiss that left her weak in the knees.

The kiss was all that mattered.  It was all she could really focus on.  It was one of the defining moments of her being back in town.  Maybe of her life.  She didn’t want to think too much or too hard.  Who said it was going to happen again?  Drunken lust that ended as quickly as it began.  Both stopping themselves and each other.

She smiled when her mind conjured up a memory.  One of her favorite ones.  It was the first time she knew that she and Lauryn were going to be best friends.

Zooey placed her head down on her pillow, and let her thoughts take her back to one of the best and worst days of her life.

Skinny.  Tall.  Long-legged and long necked.  Lauryn Savage could have been a model from age 12.

“I guess.  I mean, I think…” Zooey said.  She didn’t make eye contact with her friend.  From the corner of her eye, Zooey could tell she was being studied.

Zooey and Lauryn were walking home from their middle school.  It was spring of 2004.  They were both almost finished with the 6th grade, and were already ready for a new year to begin.

Lauryn nodded when Zooey answered, but it seemed more like a nod for herself and her thoughts than it was to acknowledge what Zooey had said.

“Do you ever talk to your dad?” Lauryn blurted out.  Somehow she could tell that this was what was on Zooey’s mind.  They were normally singing and dancing in the street, making asses of themselves.

“Not really,” Zooey said.  She kept her gaze a few feet ahead of her, and never fully turned to face Lauryn.

The questions were starting to aggravate Zooey.  She just wasn’t in the mood to talk.  She didn’t even really know Lauryn all that well.

They met in January.  Zooey transferred during a really strange time in the school year.  They started talking when they noticed they had similar bus routes, and that in fact they lived just 3 or so blocks away from each other.  Instead of taking the bus, they opted to walk home together.  It was a lot more fun for them.  It was good to have a friend during the spring of 2004.

“Not really,” Zooey sighed finally.  Lauryn nodded once.  She stopped with the questions.

The two walked side by side in silence.  Zooey looking down and fiddled with her nails, while Lauryn bounced almost happily alongside her.  It was so weird for them not to talk.  There was always something to say.  Lauryn had never had as much in common with anyone in her young life, except her brother.  But he was family, so she expected that.

“Hey, is it ok if I sleep over?” Lauryn said after an eternal silence.  She finally turned her head all the way to face Zooey.  They were close enough to her house for her to pack a bag.

“Please!  My brother has some dumb guys over, and I don’t wanna be the only girl.  They’re gonna make me listen to shitty music.”

Truth was, Lauryn didn’t hate the shitty music, or the fact that she’d be the only girl.  Something inside her told her to ask.  She would always be grateful for that feeling.  Inviting herself over was what changed everything.

“Umm sure…” Zooey gave in.  She didn’t really have much of a reason to say no.

They stopped at Lauryn’s house, and Zooey stayed outside by the gate to wait.

“Zooooo!” A voice called out from a window upstairs.  Lauryn’s older brother, Jakob was waving his arms wildly and screaming at them.  Zooey smiled up at him and waved.

“You comin’ in, Zoo?” his nickname for her was out of endearment, he promised, for he didn’t “actually believe she was a place to store animals”.  That kind of humor ran in the family.

“Nah, Laur’s spending the night!” she called back up to him.  He pouted.

Jakob leaned over the edge of the window.

“You should sleep over.  Got some friends here.  We could make it a party,” Jakob wiggled both eyebrows.  He pulled out a soda can from behind him then.  He tried to act like it was beer, but even from down below Zooey could see it was a can of ginger ale.  Jakob tossed his head back dramatically, and took a swig.  That made Zooey smile.  He was so silly.  How could he be on his way to high school already?

“What the hell are you doing?  You’re gonna fall out of that window one day, Jake, I swear to God,” Lauryn had stepped out of the front door of her house.  She had a small purple duffel bag.

“Thought you’d like being an only child, Snow,” that was Lauryn’s middle name.

“Only if it means getting your room and your closet space.”

“Chaaarming,” he called out to them.  He took another swig of his ginger ale, and shut his bedroom window as the two girls walked away and headed to Zooey’s.

It was really quiet in Zooey’s house.  Like no one had lived there for years.  That was weird, because Zooey’s mother was a musician, and there was always something playing in the house.

Zooey called out to her mother, but there was no answer.  She turned to Lauryn and shrugged.

“Maybe she’s out,” she said.  Which would have still been weird to her.  Zooey’s mom wasn’t really the going out type, especially after the divorce came through at the end of last year.

Zooey’s mother Kady buried herself in yoga and music after that.  If she stood still for too long, she’d cry, or lock herself in a room listening to Natalie Cole’s Unforgettable album on a loop.  Zooey’s parents always danced to that album.  They’d sing it together in the car when she was a baby.

Her mother, with a voice like liquid satin evaporating into the atmosphere.  She could sing better than Natalie Cole, Zooey would tell her.  Not because she was her mother, but because whenever Kady stopped to sing ‘Darling, Je Vous Aime Beaucoup’ all the fire and passion lit up in her eyes.  It was impossible for someone to be fire and water all at once, but when Katelynn Danielle Adler sang, the world stopped, and liquid flame poured out of her soul.

“Want anything?  I’m gonna go change,” Zooey said.  There was worry on her face, but she tried not to let it show.

She rummaged through a never-ending CD collection, not knowing who the hell Sam Cooke, or Bob Andy, or Miles Davis, or Peter, Paul, and Mary were.  She opened the fridge and decided on a small fruit cup and a glass of almond milk.  She was just like Zooey’s mom in that regard.  Slim, but always trying to eat healthy.