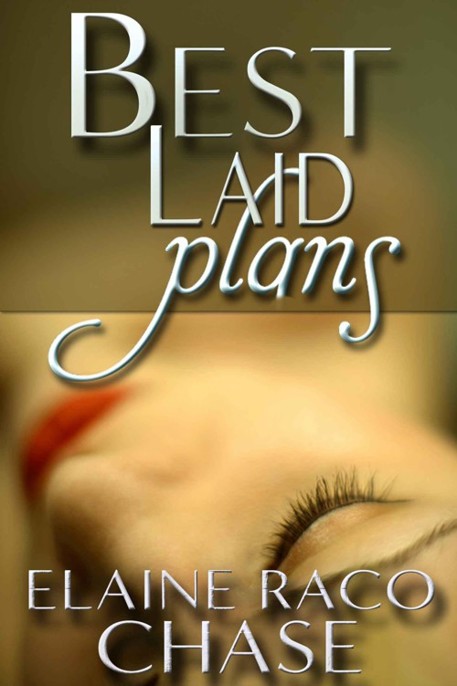 Copyright © 1983 by Mr. Right Enterprises published by
arrangement with the author

This eBook is licensed for your
personal enjoyment only. This eBook may not be re-sold or given away to other
people. If you would like to share this book with another person, please
purchase an additional copy for each person you share it with. If you’re
reading this book and did not purchase it, or it was not purchased for your use
only, then you should return to Amazon.com and purchase your own copy. Thank
you for respecting the author’s work.

All Rights Reserved. This eBook may not be reproduced
in whole or in part without written permission of the author.

All of the characters in this book are
fictitious.  Any resemblance to actual persons, living or dead is purely
coincidental.  They are product of the author's imagination and used
fictitiously

Warning: the unauthorized reproduction, copying,
sharing or distribution of this copyrighted work is illegal. Criminal copyright
infringement, including infringement without monetary gain, is investigated by
the FBI and is punishable by up to five years in federal prison and a fine of
$250,000.

Reviews
from the original print publication of Best Laid Plans:

"I
ran out of adjectives – fantastic, terrific, stupendous! Her humor and
sensuality are at their best in this marvelous novel."
Romantic
Times Magazine

"With
her usual deft touch and talent for the romantic, Ms. Chase treats us to
another gift of love that satisfies the heart."
Affaire de Coeur

A note
from the author:

Best
Laid Plans
was my first
woman's
fiction
novel! I was so excited when I was able to get my rights back and claim
it as my own!

Take
a trip back to 1983.  There was no TSA and people smoked on airplanes.
(The airplane scene actually happened to me and the nun!)

This
was New Orleans before Hurricane Katrina – a place I fell in love with and
visited a half-dozen times. Alas, some of the restaurants I knew are no longer
in business and menu prices certainly have changed.

Fashion
– is still fashion! The styles come and go, but somehow are reborn again and
again.

While
it was a sensuous romance when it was first published, it was fun to amp things
up!

Meet
Amanda Wyatt
– she had an eight year plan and accomplished so much more.
Attractive, talented, she was a success whether she was designing high fashion
or running her own elegant shop in New Orleans. And she had a
friend with
benefits
relationship with –

Lucas
Crosse
, her lawyer and
the brother
she never had
for twelve years. He knew her intimately - well almost. Now,
he's decided he wants that, too. And he's ready to fight for Amanda with –

As
for Amanda – she has choices to make. A new, exciting love? Or a best friend
whose
benefits
she's begun to dream about.

The copper shaded lectern light
illuminated the script for that evening's fashion show. Amanda Wyatt's eyes
were fixed on the paper; her breathing had suddenly been reduced to shallow,
jerky spasms. Words had been added and subtracted, transposed and rewritten.
Blue-pencil scribbles overpowered the once neatly printed page.

No matter how many times she had
rearranged and rewritten her notes, it sounded - "Boring!" Amanda
finally spoke the cursed word. Again blue graphite was scrawled across paper.
She hoped a few clever adjectives and adverbs would inject much-needed vitality
not only into the sentences but into their author as well.

The newly sharpened pencil point
snapped. That sharp sound was accompanied by the fracturing of Amanda's
composure. She hurled the pencil toward her nemesis - the red-carpeted fashion
runway. Watching the pencil fall to the floor far short of its goal, she
snatched up her notes and proceeded to strangle them between cold, clammy
fingers.

Arms crossed over full breasts, hands
locked onto shoulders, Amanda buried her nose against skin that no longer
smelled bath powder fresh but musty and stale.
Now, now,
she gave
herself a sharp mental directive,
this is no time for a temper tantrum
.

Taupe-tinted eyelids drifted closed.
The blackness provided a soothing, albeit momentary respite from the frenzied
activities in the ballroom. She wished it were that easy to shut her ears. The
sounds of music, roaring vacuum cleaners, clattering dishes, clanking silver
and chattering, shouting busboys seemed magnified to nerve-fragmenting
proportions.

Her fingers pressed deeper into
red-suede-covered shoulders. Amanda had to stop herself from running away. To
ignore the icy fingers of dread that gripped her very soul. Chastising herself
for feeling so helpless, she tried to look at the situation logically.

This was not her first fashion show.
In fact, it was her third of the year - she had managed eight such charity
events in the past sixteen months. Each one had been more successful than the
last. First-night jitters had no place here.
But how many jitters were
really due to the show?
Prodded an inner devil that had manifested in her
mind.

Amanda shook her head to clear it and
forced her attention back to the dress rehearsal. She was surprised to find the
runway unoccupied. She cued outfit number seventeen. No one appeared.
"Seventeen! Lizette! Where the hell is Lizette?" Her normally
well-modulated soprano splintered in a frantic appeal. "Seventeen?"
Amanda shouted into the podium's microphone.

The response was the crash of metal
chairs against the wooden stage floor. A frustrated groan escaped between
clenched teeth. After counting to ten, Amanda spoke in a more subdued tone.
"Bianca, please find Lizette." A hand pushed apart the emerald stage
curtains and gave her a complying wave.

Her Aries horoscope in this morning's
Times-Picayune
had warned that today would be eventful. Amanda wondered
why her ruling planet, Mars, couldn't make the scheduled events orderly and
calm. Why did
she
have to battle not only her own frustrations but those
of everyone else as well?

A wry smile twisted ginger-glossed
lips. In truth, wasn't her real problem the fact that everything was in
proverbial apple-pie order? Every waking hour was relegated to a pigeonhole
existence. Wasn't that the real crux of her listlessness and depression?

Her thoughts drifted and darted to
the three seasons she had spent as chief designer on Seventh Avenue. She had been
scared to death at the unveiling of each collection. Indigestion, insomnia and
headaches were all routine companions of her sixteen-hour workdays. Yet that
anxiety and fear had nourished her like no other food.

She must be a masochist to wish for
the challenge of the old days. Something was always going wrong. But she had
loved it. Fashion! Laughter bubbled, then died in her throat. It was glamorous
and boring, underrated and overrated, satisfying and painful, exasperating and
exciting, unpredictable and yet somehow the same. For all that, Amanda had
never been able to break free. She was a willing prisoner, loving the power,
prestige and trauma this profession fed to her soul.

The ornate wall clock was a silent
but obvious reminder that in four hours this rehearsal would turn into the main
event. "Seventeen." She again barked the order into the microphone.
Amanda surveyed the model who finally appeared center stage. Lizette pranced
down the runway, a trail of curlers plopping and bouncing in her wake. The
strawberry yogurt Amanda had gulped in lieu of lunch began to burn its way up
her esophagus.

"Damn it, Lizette, look
alive!" Her voice crackled and spluttered. Then the microphone died.
"Do it again." Her fist made a series of circular motions above her
head. The blatant physical gesture triumphed over the noise level in the
ballroom.

Lizette's myopic hazel eyes squinted
at the blurred movement, before rolling heavenward in mute understanding.
Wasn't
this woman ever satisfied? She's been a bitch all morning
. Pursing full
mauve lips, the model carelessly slumped back toward the stage then disappeared
between the velvet curtains that cloaked the wings.

Amanda turned and repeated the
signaled instructions for Isaac Bevans at the special effects console. His head
bobbed in understanding. "Once more with feelin', baby," he crooned,
wiggling slim, denim-clad hips into a more comfortable position on the padded
stool. Isaac's competent fingers moved swiftly among the sliders and audio
pots. He deftly recued the sound track while simultaneously reprogramming the
sequential footlights.

At Amanda's direction it all started
again. Piano, string bass and drums created a syncopated rhythm that filled the
auditorium. The strobe lights that edged the stage and runway visually defined
the throbbing jazz melody.

Lizette appeared, haloed in a
shimmering pink spotlight. She moved center stage, then dutifully turned and
twirled her way down the red carpet runner. The bored expression on her
cosmetic sculptured face matched her perfunctory movements.

"Double damn that girl,"
Amanda cursed again. "You'd think she was wearing a feedbag instead of a
Dior." Her narrowed gray eyes followed the model's listless movements.

Lizette was supposed to be a pro. She
was certainly paid well to display her gaunt body with elegance and grace.
Emitting a throaty groan, Amanda wondered where this woman's professionalism
was hiding.

Curved like elegant talons, Amanda's
fingers clamped on either side of her head. Her red nails vented a frenzy of
pent-up frustrations against short copper-brown curls. What was the problem?
Had her own weariness been transmitted to everyone involved with this show?

The models had no right to act this
way. Damn them! They were humored and coddled. They were draped in originals,
pampered by cosmetic artists, coiffured in elegance and enhanced with real
jewels. No fakes. No seconds. No copies. Only the best.

In the beginning the best had been
enough. Energy levels had been high, and each show was more intoxicating than
the last. But January's resort and cruise wear for the Heart Fund had failed to
dissipate the post holiday blues. And, while February's Mardi Gras gala boosted
the United Fund, it generated only a modicum of stimulation that apparently was
quite short-lived.

March proved to be a rude lion as
snarled out across the South. But inside the Hyatt Ballroom, magnificent
crystal chandeliers presided like miniature suns radiating down on lacy
gazebos, bubbling fountains and garden walkways populated by scarlet tulips, yellow
daffodils, white daisies and lush greenery.