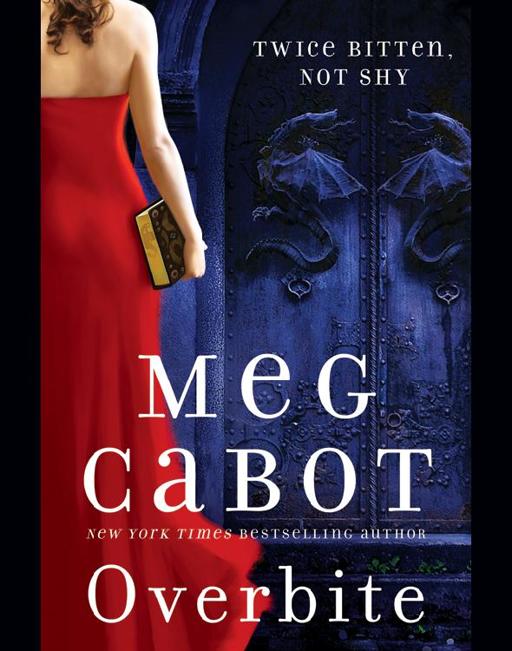 Also
by the Author

One of those things was that the man sitting in the car beside her was going to die.

There were also many things Meena Harper did not know.

One of those was how she was going to break the news of this man’s impending death to him.

“Meena,” he said, gazing at her profile. “You have no idea how happy I am to see you. It’s funny that you called. I was just thinking of you.”

This was a lie. It wasn’t great seeing him. How was she going to tell him? Especially when he looked so terrible. He
smelled
terrible. Or maybe it was the inside of his car. She couldn’t figure out what the smell was.

“I was thinking of you, too,” she lied some more. “Thanks for meeting me.”

She looked around the dark, narrow street. She felt guilty for telling him all these lies, including that this was the street where she lived, then saying he couldn’t come up because her roommate’s parents were visiting.

“Are you sure you don’t want to get a cup of coffee?” she asked. “There’s a place right around the corner. It would be much nicer than sitting in your car.”

Especially considering the smell. And what she had to tell him.

This was news to Meena. She hadn’t heard from him in more than a year. Their split had been relatively amicable—though at the time, she’d been convinced that her heart was broken. She was a dialogue-writer who’d been trying to make a living scratching out scripts for a now-canceled soap opera. He was a dentist specializing in veneers who’d wanted to move out to the suburbs and start a family.

“I thought you and Brianna were really happy,” she said. “What with the new practice and the baby and all.”

Which made it even worse. How was she going to break the news about his impending death when he had so much to live for?

He let out a bitter laugh. “Brianna,” he said. “She means nothing to me.”

“Of course she does,” Meena said, surprised. “What are you talking about?”

Now Meena was really worried about him. David had dumped her for Brianna. Brianna meant the world to him.

It had to be a brain tumor. That’s what had almost killed him the first time. But she’d sensed it and warned him, and the doctors had been able to find it in time to save his life.

Too bad the fact that she’d known about it had freaked him out so much that he’d run from her, straight into the arms of his radiology nurse.

But it was all right. Meena had built a new life for herself now. Sure, that life had been destroyed by Lucien Antonescu, the man who’d taught her what a broken heart
really
felt like.

But she managed never to think about him anymore.

It was only that lately, she’d been having such horrible dreams about David. In them, he was dead. It wasn’t that she could see his corpse. In the dream, she could see David’s future.

And he didn’t have one. Just darkness.

When she’d woken from the dream for a third morning in a row, breathless from feeling as if the darkness was closing in on her, she knew she had no choice but to call him.

But she also knew she couldn’t deliver news like this over the phone. They had to meet in person.

David had been surprisingly eager, offering to stop by on his way back to New Jersey after lunch and some dental meeting he had in the city.

But since Meena knew better than to give out her new address to anyone—even old boyfriends with whom she’d once lived—she’d automatically rattled off a fake one, and then met his car as he pulled up in front of the building.

Now, however, she was starting to regret this arrangement. Because David was acting so peculiarly. And what was that
smell
?

“David.” Meena was confused. “You dumped me for Brianna. You said you wanted to be with someone who
gave
people life, not someone who predicted their death. Remember?”

Finally, comprehension dawned. At least now she knew what was causing the funny smell. It made her job a lot simpler.

“Okay,” she said, looking around on the floor of the car for the bottle. Or maybe he was just still soused from his lunch? How many martinis did dentists drink when they got together in the city for lunch meetings, anyway?

“Remember when you used your magic on me before,” he said, “and made me all better? Do it again. I’m begging you.”

“That’s not really how it works,” Meena said, still looking for the bottle. “I’m not saying I can’t help you. Because I think I can. You’re just going to have to meet me halfway and tell me where the bottle is.”

That’s when he lunged across the seat to kiss her. And she found the bottle. It was actually a flask, and it was pressing aggressively against her thigh through his pants pocket.

Oh, well,
Meena thought.
That’s what I get, I guess, for trying to play the rescuer. Why do I always do that, again?

Oh, right. Because it was her job.

Which was a good thing, since she didn’t think she could live with the guilt of another soul dying on her watch. It had happened more than once, especially since she’d hooked up with Lucien Antonescu, who’d unfortunately turned out to be one of the demons the Palatine—the organization by whom she’d been hired, after her unceremonious firing from the soap opera (before its cancellation)—was hunting.

Not just any demon either. The ruler of all demons on earth, the prince of darkness.

Meena had never really had much luck in the boyfriend department.

And since most people didn’t believe her when she told them they were about to die, she’d never really had much luck in that area either.

She wasn’t entirely sure what had ever made her think her ex, David Delmonico, was worth saving. As far as she could tell, the earth wouldn’t be that much worse off if he simply disappeared from it.

But there was his new baby, she supposed. The baby deserved a father.

“Meena,” David kept groaning. Mercifully, his lips had moved away from hers, and were now clamped to her neck. Thank God, because his breath smelled even worse than the inside of his car.

Except that now he was trying to slip his hands down the front of the sweetheart neckline of her dress . . . the dress she’d hemmed herself—well, with a little help from Yalena at the thrift shop. Because though Meena’s new job paid well, she’d had to replace her entire wardrobe, thanks to her last one having been destroyed by a bunch of Lucien Antonescu’s relatives, the Dracul. So thrifting had become a new hobby.

“David,” she said, using an elbow to jab him in the shoulder. Although not too hard, because she felt a little sorry for him. He was a dying man, after all. “This isn’t why I called you.”

“David.”
She yanked up his head by his hair and looked into his eyes. They were drunken slits.

“I’m sorry that you are having problems in your personal life right now,” she said. “But you chose Brianna over me, remember? And I moved on.”

“But . . .” His eyes started to focus a little more. “You said on the phone you weren’t seeing anyone.”

She continued to hold up his head by his hair. “I’m not.” Nice of him to rub in the fact that she was single. Like it was her fault her last boyfriend had tried to burn down half of the Upper East Side. “But why would you think that means I’m up for a fling with you?”

He wagged a finger at her. “Face it, Meena,” he said. “The fact that you’re still single means that you’ve never really gotten over me.”

“Or maybe,” Meena said, “it means that there’s a guy who I dated
after
you that I’ve never really gotten over. Or did that possibility never occur to you? No, I didn’t think so.” She let go of his head to lean over and pluck the car keys from his ignition. “David, go home and sober up.”

She wasn’t going to tell him. Not this way. Not while he was so drunk, and behaving so badly. For one thing, he might not remember it once he sobered up.

And for another, he might not handle the information well. Who knows what he could do? Jump off the George Washington Bridge, maybe.

And there was always a chance, Meena had learned, that things could get better. Our destinies weren’t set in stone. Look at David. She’d warned him once that he was dying, and he’d taken a proactive approach to his health, and now he was . . .

Well, maybe David wasn’t a good example. But she could think of lots of others. Alaric Wulf, for instance, one of the Palatine Guards with whom she worked. She warned him every day, practically, of some new threat he was walking into somewhere, and because he listened, he didn’t die.

It was just too bad he wouldn’t listen to her about anything else.

“Appreciate what you have, David,” Meena said, instead of warning him that his number was up. Again. “Because it’s a lot, and the truth is . . . you might not have it for long.”

“No,” Meena said firmly. “Dumping me for Brianna was actually the smartest move you ever made. Trust me. You and I were not meant to be. You can grab a cab to Penn Station and take the train back to your nice, safe house in New Jersey. I’ll mail these to you.” She jingled the keys in front of him. “You’ll thank me for this one day, I promise.”

Just probably not until after he’d sobered up and she’d called him to deliver the bad news, and he’d had a chance to make an appointment for a complete physical.

She started to open the door so she could get out of the car and head back to her new apartment, back to her new life, the one she was so sure that David, if he knew anything about it, would flee from in a nanosecond.

Because there were many things Meena Harper knew that her ex-boyfriend didn’t. Not only how people were going to die, or that demons and demon hunters weren’t just the stuff of fiction, but that there was, in every creature on earth, demon or not, a capacity for good and evil.

And that all it took to send any one of them over the edge was the tiniest of pushes.

It was just too bad her precognition didn’t tell her when one of those pushes might be necessary, or in which direction . . . or when someone other than herself was going to die.

That information might have been useful for her now, as she eased out of David’s car, and his hand shot out and wrapped around her wrist, entrapping it in a grip of iron.

The worst part of it was that he didn’t say anything. He just kept one hand clamped around her wrist, his gaze a dead-eyed stare.

Then he opened his mouth wide to reveal a set of pointed fangs.

Postcards From Last Summer by Roz Bailey
Unreasonable Doubt by Vicki Delany
A Wanted Man by Lee Child
Los masones by César Vidal
An Indelicate Situation (The Weymouth Trilogy) by Church, Lizzie
Burn (L.A. Untamed #2) by Ruth Clampett
Shoot to Kill by Brett Halliday
Ransomed Dreams by Sally John
A Darker Shade of Magic by V.E. Schwab
A Dad At Last by Marie Ferrarella
Our partner