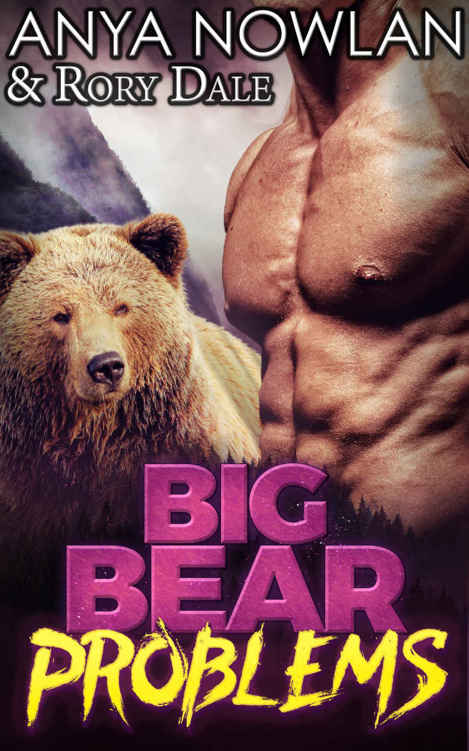 “
S
o
, tell me more about how you like me,” she purred with a mischievous smile and ran her hand up Ethan’s thigh.

Feeling his powerful muscles tense up under her touch made her quiver with anticipation. Ethan ran his fingers through Jen’s hair and gently caressed her cheek. His skin was rough, but the touch felt like heaven to her. His hand stopped on her chin as he leaned in and pulled her closer.

“How about I show you instead.”

As their lips met, Jen shivered with excitement and anticipation. His lips were strong and demanding, but gentle. She reveled in the taste and feel of the kiss, her lust now threatening to boil over. Her tongue forced into his mouth as if on its own volition and she mewled as their tongues mashed together, meeting and tasting one another for the first time.

Breaking the kiss with a long moan, her nimble fingers went after his shirt, hurriedly undoing button after button. She sighed in awe as his chiseled chest was revealed to her, taut muscles bulging under his skin. Jen bit her lip and ran her hands up and down his chest, enjoying every moment of it, before finally moving downward and caressing his inner thighs. Jen could barely contain a gasp as she felt his huge cock, already hard under her touch.

No part of this work may be used, reproduced, transmitted in any form or by any means by anyone but the purchaser for their own personal use. This book may not be reproduced in any form without the express written permission of
Anya Nowlan
and
Rory Dale
. Any reproduction or other unauthorized use of the material is prohibited without the express written permission of the author.

You can find all of the books here:

“
B
aby
? You home?” Jen yelled as she burst through the front door.

She tried to keep her voice as level as she could, but even she could hear it shaking. Her phone was clutched in her hand like it was her last line of defense, Felicia’s message still open on it. Her heart was beating out of her chest and she wasn’t yet sure if she was enraged or totally thrown by the fact that she was actually worrying about the relevancy of Felicia’s text.

Fuck him,
she thought with surprising clarity, and marched through the living room.

There was another short hallway connected to the living room that led to the big marble-tiled bathroom and the bedroom fit for a king. Jen’s stomach dropped as she heard the unmistakable sounds of someone having far too good of a time. Her stomach churned as she glanced down on her phone. It was 7:30 in the morning and she was supposed to be in the office in half an hour. But instead, she was at her boyfriend’s apartment halfway across town, checking on whether or not her best friend was fucking her man.

And there they were. Her best friend and her boyfriend, fucking one another like the planet was going to be wiped out by a comet and this was the last decent fuck they’d ever have. They were both standing on the bed with Felicia bent over and pushed against the wall and Chad pounding into her from behind. His completely unimpressive cock was slamming into Felicia’s wet snatch and his head was thrown back like he was mere seconds away from dying and going to heaven.

Jen stood there, wordless, completely stunned. Her whole world ground to a halt and suddenly the only thing that existed was the fact that Felicia and Chad were fucking – right in front of her, on the morning after the night when Chad had said that he was feeling a little bit sick and she shouldn’t come over, lest she catch whatever he had.

Felicia noticed her first, and the bitch didn’t even have the courtesy to look surprised. Then again, why would she? It was her that had sent Jen a text saying, “You should check on your man”. Jen hadn’t exactly anticipated this, but in retrospect, she shouldn’t have been surprised.

“Do you like the view?” Felicia asked between moans, licking her lips.

Her perfect tanned body, slim and tall, looked good even when bent over at that unnatural angle. Her perky ass was pushed up and her round tits swung with each thrust. Jen couldn’t help but despise her a little for it.

“Jesus fuck,” Chad stammered, noticing Jen standing at the door. “It isn’t what it looks like!” he exclaimed.

That made her world move again, double-time. Jen found herself striding across the plush carpet right to the bed as if something not quite of her own will had taken control of her. She jumped up on it and shoved Chad so hard that he toppled off the bed, taking Felicia down with him – seeing as he was still balls deep in her cunt.

“You… motherfucker. I should have fucking known,” Jen hissed, rage filling her from the top of her head to the bottom of her feet. “I should have known that you were a lying cheat. And YOU! I thought you were my fucking friend,” she snarled at Felicia, who was struggling to get up on her feet.

“Bitch, if you don’t know how to give it to your man, you know he’s going to find it somewhere else,” Felicia said, rolling her eyes.

Without thinking about it, Jen smacked Felicia so hard it made her hand hurt. Chad was an asswipe, plain and simple, but Felicia had gone out of her way to be an indescribable bitch and that was just… Jen didn’t even know what that was. She knew it pissed her the hell off, anyway.

“I don’t have time for this shit. I need to go to work. Bye, Felicia,” she said, stomping off the bed and heading for the door.

“Baby, we can talk about this!” Chad called, untangling himself from Felicia and attempting to get up on his feet.

“The hell we can! We’re through. You can pound her as much as you want. I deserve better than you anyway,” Jen snarled, tearing off the engagement ring she had on her finger.

She threw it at Chad and didn’t look back as she just about ran out of the bedroom and through the apartment. All the while, she was waiting for the tears to come. And she kept waiting for them as she sped through Phoenix, taking the shortest way she could think of to her downtown office. But those tears never came. If anything, she felt a tiny bit relieved. Betrayed, yes. Angry as hell? Oh, you know it.

But it was one of those times when she could honestly say that maybe, just
maybe,
after she had about 3 bottles of wine and an opportunity to calm down, she would be glad that she didn’t marry Chad fucking Weinberg and become the future mother of his probably equally as douchey offspring. That kind of asshole behavior had to be genetic.

I’ll think about this shit when I get home,
Jen assured herself, pulling into her parking spot at the huge office building.

She stepped out of the car and found herself shaking as she walked towards the doors. It didn’t stop. She felt like she was vibrating all over as she took the lift and made it up and through the front doors of Pendlay & Co. Accounting just in time to catch the beginning of a staff meeting. It was anger that was making its way through her like some disease – anger at herself for being so blind for so long – gnawing at her mercilessly.

The signs had been there, she just didn’t want to see them. The way he blew off their dates. The way he would have something
so
much more important to do all of a sudden. The way she kept finding stuff rearranged in his apartment or her things put away, hidden. But she hadn’t wanted to see.

She was still deep in thought as she came to stand with the rest of her co-workers, all listening to what Rawley Pendlay had to say. He was always calling these meetings over petty little things like how much coffee people could have in a day or how it wasn’t appropriate to laugh too loud. Silly things that people took the time to listen to and then promptly ignore.

But if Jen hadn’t been so distracted by her own thoughts, she would have noticed the dark look on Pendlay’s face and the fact that the rest of the management stood behind him, looking equally as uneasy.

“I’ve gathered you all here today to share some unfortunate news. I know many of you have been with us for ten years, but Friday will be your last day here. While the company is not being shut down completely, we’re going to be moving most of the jobs overseas for financial reasons.”

Jen snapped out of her thoughts. The crowd was deathly silent for a second that seemed to go on forever, and when they broke into loud chatter, Jen groaned audibly, hiding her face in her hands. Of course. This was exactly what would happen after her long-time boyfriend and fiancée gets caught cheating on her with her best friend.

She watched everyone around her go into overdrive. Pendlay was shaking his head, trying, and mostly failing, to field questions as his workers got more and more upset. Jen knew she was supposed to help him – she was his executive assistant after all – but she couldn’t care for the life of her. Instead of trying to regain order and calm the crowd, she turned around and walked into her little office, closing the door behind her.

“Miss Howell! Where do you think you’re going?!” she heard Rawley Pendlay call after her, distress evident in his voice.

But Jen was beyond giving a crap. All she had known over the last ten years had been taken from her in the matter of an hour. The life she had so carefully crafted – poof, gone. She sat down heavily at her desk and fired up her laptop, not even sure what she was going to do. Out of habit, she browsed the new pins on Pinterest that she liked to skim each morning when she was having coffee. Mostly home décor and a motivational board for one day getting a little house in the middle of the woods – something that was impossible to do in Arizona.

Jen slumped on the table, her chin rested on her hand. She felt drained, completely empty of all feeling. But as she scrolled through those pins, looking at the colorful pictures of beautiful ideas to create a lovely home, something in her clicked.

This was her chance. Sure, fate had screwed her over, but it had also given her a chance to start new. Glancing up at the commotion outside her office, Jen allowed herself a little smile. She didn’t have the energy to get upset. No, she’d make something of this situation. Something good.

Wyoming sounds like a nice place to settle down…