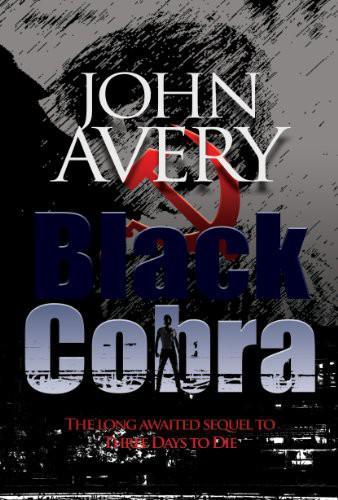 All rights reserved under International and Pan-American Copyright Conventions. By payment of the required fees, you have been granted the non-exclusive, non-transferable right to access and read the text of this e-book on-screen. No part of this text may be reproduced, transmitted, down-loaded, decompiled, reverse engineered, or stored in or introduced into any information storage and retrieval system, in any form or by any means, whether electronic or mechanical, now known or hereinafter invented, without the express written permission of the author.

This book is a work of fiction. The names, characters, places, and incidents are products of the writer's imagination or have been used fictitiously and are not construed as real. Any resemblance to persons, living or dead, actual events, locals or organizations is entirely coincidental.

This eBook is licensed for your personal enjoyment only. Thank you for respecting the author's rights and the hard work that went into the creation of this novel.

To whom I owe so much

“Every man's life ends the same way. It is only the details of how he lived and how he died that distinguish one man from another.”

Somewhere on the East Coast

A
aron Quinn wiped the condensation from his passenger side window with the sleeve of his heavy wool overcoat and peered into the gloom. Thick clouds once again covered the moon and a light rain dampened the gray urban landscape moving past him, reminding him of a scene from a classic dystopian novel.

He and the three in the Aston Martin with him were in a collective state of shock. The positive glow of adrenaline had worn off, and the enormity of what had happened to them had sunk in.

They had just killed a man. And although the psycho deserved to die, he was dead nonetheless, probably still warm, sprawled on the cold floor back at the rundown, downtown eatery known as Sally’s Diner.

Between the passing buildings Aaron could see the southern horizon, still glowing a faint red, as his and his best friend Willy’s former hideout, the Alton Brothers Fish Cannery, continued to smolder after the two of them had blown it to bits and burned it to the ground.

Aaron shuddered as once again the memories of the last three days chilled him like ice water through his veins.

Not thirty minutes ago, he and Willy had raced their bikes through the darkening city trying desperately to get to Sally’s Diner before it was too late. He could see them throw their bikes to the sidewalk and run to peer through the diner’s large front window, hoping to see his mother alive.

He recalled the fleeting joy of seeing her inside, with Michael St. John, then the bloodied face and enraged eyes of their assailant. He could feel the tightness in his throat as he squeezed the trigger, the powerful recoil pushing him back as his and Willy’s assault rifles shattered first the diner’s plate-glass window then behind it the evil who would have killed them all.

Like rising flood waters, the memories consumed the space around him and he felt that soon he would drown in them like a rat in a rain barrel.

Stop thinking about it, you fool,
he told himself.
For God’s sake, just look out the window and watch the city go by.

He blinked hard, trying to squeeze the horrible visions out of his mind, but it was impossible. The memories were too fresh.

The twenty-five-year-old redhead knockout stood alone in the bathroom of the small apartment, concentrating on the job at hand. She jumped when the door banged open then turned to see the man she had just slept with standing behind her, stark naked.

“Damn you, Jason Beckham,” she said. “You want me to break the needle off in my arm?”

“Haven’t you had enough, Brandy?” Jason said, disgusted. He stepped around her and checked his medicine cabinet. “I’m fresh out of Naloxone, so you’re on your own if you O.D.” He turned and walked back into his bedroom.

“I’m doing one lousy deuce, okay?” Brandy said after him. “I’m not an
idiot
— and that was just that one time!” She released the surgical-rubber strap from her arm and tossed it, and the rest of the paraphernalia, into a ziplock bag.

Brandy hated when Jason used his patronizing tone, but at 26, a lean six-foot-two, and stunningly handsome, Jason was a vision Brandy couldn’t stay mad at for long.

She followed him into the bedroom, pressing a folded tissue to the inside of her arm. “There’s something I’d like to talk to you about,” she said.

Jason reached for his jeans. “What, Johnny called and he knows you’re screwing around on him?”

Jason had to admit that was true.

“I had lunch with him today,” Brandy said, “and he got drunk and told me he’s meeting a woman at Sally’s Diner tonight.”

“Are you even
listening?
” Brandy said. “I can’t have Johnny hanging out with
other women
.”

Jason found that amusing, considering what he and Brandy had just done.

“And why would he tell
me
about it?” she went on. “Don’t you think that’s a little weird?”

She had a point: Brandy and Johnny had been together for years, and as far as Jason knew (and in spite of ample opportunity), Johnny had never strayed. And even if he did he would have spared her feelings and never told her about it in the first place.

“I don’t know, her name’s Ashley Quinn — it doesn’t matter. But I have this bad feeling about that meeting, okay? I can’t shake the feeling he’s in serious trouble.”

Jason looked her in the eye and a sudden, visceral unease swept over him. It was common for her to come up with wildly random shit to stress about, and most of it was simply annoying; but for some reason this time he believed her.

“At 6:30, I think. I already called Needles, and I’m sure he was headed over there. But that was an hour ago. He would have called me back by now — if everything was okay, I mean.”

Jason stepped into a pair of sandals, grabbed his sweatshirt-jacket, and without a word walked out of his apartment leaving the door wide open.

Brandy listened as he descended the stairs and exited the decaying building through the front door, and then she went to the window and watched through the rain as he crossed the street and climbed into his black Hummer. Then he drove off toward downtown.

Aaron Quinn listened as the Aston Martin’s wiper blades tapped out their relentless rhythm, hoping to distract himself from the horrifying memories threatening his sanity. He reached for his wallet and pulled out a small photo, the one-of-a-kind shot of his mother hugging his real father, taken when he was nine during a family vacation while his dad was home on furlough the summer before he was killed in action overseas. The priceless photo represented the last days they spent together as a family, and minutes earlier, Aaron had rescued it from the pocket of a bloody corpse.

An only child, Aaron recalled how after his dad died he had attempted to hold his breath long enough to kill himself, concluding that self-suffocation was physically impossible. He often wondered how many other pathetic souls had tried it before resorting to more traditional and reliable suicide techniques. Now, four long years since his father’s death, vivid images of those techniques haunted him still.

Aaron was very angry: angry at himself, angry at the world, angry at God for taking his father, and for letting the last three days happen — the last three
horrible
days. He remembered what his father had said to him many years ago: “God doesn’t stop bad things from happening, Aaron. He gives us comfort and hope, and the strength to deal with adversity and look for the good.”

He glanced at the others.
After all the horrors we’ve lived through together, I may have the makings for a brand new family here
, he told himself. He smiled at the possibility and put on a happy face for their benefit.

Louisa Revealed by Maggie Ryan
Emily's Dilemma by Gabriella Como
A Child's Book of True Crime by Chloe Hooper
Ready & Willing by Elizabeth Bevarly
All of Me (The Bridesmaids Club Book 1) by Leeanna Morgan
Convicted by Megan Hart
Just for Fun by Erin Nicholas
Rocky Point Reunion by Barbara McMahon
November Rain by Daisy Harris
A Time of Dying (Araneae Nation) by Edwards, Hailey
Our partner