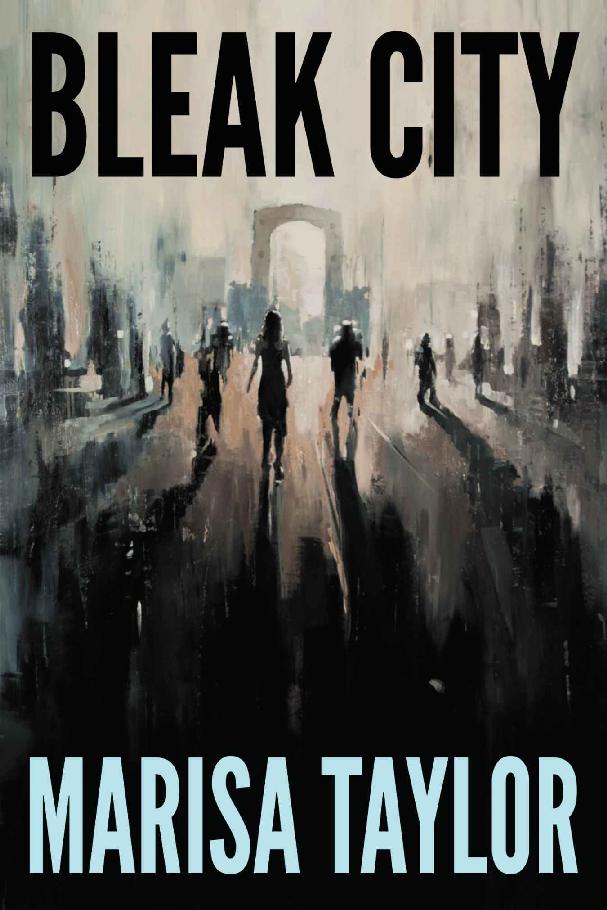 Text copyright © 2016 Marisa Taylor. The moral rights of the author have been asserted. All rights reserved.

No part of this publication may be reproduced, stored in a retrieval system or transmitted in any form or by any means without the prior written permission of Marisa Taylor, nor be otherwise circulated in any form of binding or cover other than that in which it is published and without a similar condition, including this condition, being imposed on the subsequent purchaser.

This is usually the place where it says ‘All individuals, organisations and events in this story are completely fictitious.’ Except this story is set during the very real events of the 2010 and 2011 Canterbury earthquakes and the real situations that unfolded as a result. To tell the story and not include in it the actual organisations and people that directly contributed to the post-earthquake environment in Christchurch would be bizarre, and to create fictionalised organisations and people filling the same roles would only result in inevitable parallels and comparisons being drawn between the fictionalised players and the real counterparts.

This story, therefore, includes many actual events (although some selected events are fictional), along with some real people and organisations. All efforts have been made to ensure nothing has been attributed to people or organisations that they did not say or do. At times, fictional characters express opinions about some of the things said or done by people or organisations, and these opinions are those of the characters and should not be confused with the author’s. Any organisation or individual who feels criticised by a fictional character should note that very real critics have publicly made far worse comments and expressed far more vicious opinions than those of any of these made-up people.

The key characters of the story are fictional. The things that happen to them are fictional, but at the same time are real in the sense that the things that happen to them have been drawn from actual events that have been happening all over the city to real people. To readers living outside of Christchurch, it may seem like these tribulations are unbelievable or exaggerated for effect, like explosions in a thriller movie. It may seem like this story focuses on a family unbelievably unfortunate to be at the nexus of a series of distressing events. Sadly, these situations are all too common, and pretty much any Christchurch resident could regale you with tales of the things that have happened to them or to their friends and family.

New Zealand is on the Pacific Ring of Fire, straddling the plate boundary between the Australian and the Pacific tectonic plates.

In the 5½ years following 4 September 2010, Christchurch and the Canterbury region experienced over 16,000 earthquakes.

Christchurch and the Canterbury Plains

New Zealand is known throughout the world for its majestic beauty, and many dream of one day visiting that far-off place, of cruising on Milford Sound, taking a helicopter ride over one of the South Island’s glaciers, whale-spotting off the Kaikoura coast, fly fishing on Lake Taupo or walking the Tongariro Crossing. What many of these aspiring visitors don’t realise is that there is one common reason for this abundance of beauty: New Zealand’s position on the Pacific Ring of Fire.

The islands that make up New Zealand straddle two tectonic plates, the Australian plate and the Pacific plate. In New Zealand, the two mighty plates meet in what geologists call a ‘convergent plate boundary’. That is, these plates are pushing against one another, and the force of their motion produces the mountain ranges of the Southern Alps, the deep, drowned valleys of Fiordland, the rich feeding grounds of the Kaikoura Trench, the dramatic volcanoes of the central North Island and the geothermal fields of Rotorua. The city of Auckland, New Zealand’s largest, lies atop the Auckland Volcanic Field, a series of fifty-something dormant volcanoes. Not extinct, dormant.

The Pacific Ring of Fire is not a complete circle, but rather a series of boundaries between different tectonic plates. Open any map viewer and select a satellite view and you can see these plate boundaries in the ocean floor. The Ring of Fire runs from just southwest of New Zealand up to the northeast, up the coast of Asia, across to Alaska, then down along the coasts of the Americas, ending just west of the bottom end of South America.

The southwestern end of the New Zealand leg of the Pacific Ring of Fire starts in the Southern Ocean, where the boundary between the two plates comes ashore in Fiordland, around Milford Sound. This is known as the Alpine Fault, and it runs up the West Coast of the South Island, under the township of Franz Josef, where, notoriously, it runs under a petrol station and the police station. The Alpine Fault continues up the island, its course marked by the spine of the ranges of the Southern Alps, its total length some 600 kilometres. In the upper South Island, the Alpine Fault starts to break up, fragmenting into a series of smaller faults known as the Marlborough Fault System. What is going on here is that the nature of the boundary between the Australian plate and the Pacific plate changes, near the top of the South Island. Whereas through the South Island the Pacific plate is riding over the top of the Australian plate, to the east of the North Island the Australian plate is on top, with the Pacific plate diving under it. Think about that. Open your first and second fingers on each hand, jam the two Vs together and then push. Your fingers are locked in the same way these plates are locked. Beneath Wellington. The nation’s capital and home to some 400,000 people.

The pressure is enormous, and pushes back into the South Island, resulting in a kind of twisting of the South Island from northwest to southeast, clockwise, at a rate of a few tens of millimetres a year. It doesn’t seem like much, until a fault slips.

Maori told European settlers of violent earthquakes, which they attributed to the god Ruaumoko walking beneath the earth. European settlers experienced their first earthquake less than a year after arriving in Wellington. The nation’s early decades were reasonably tectonically active, with two or three magnitude 6+ earthquakes every decade. There were few fatalities, though, as the country was sparsely populated and epicentres were, largely, not right under population centres.

The pattern continued into the 1920s: two or three large quakes each decade. Then in 1929 began five terrible years in New Zealand. On the 9th of March 1929, a 7.1 earthquake in the Arthur’s Pass area of the Southern Alps went for four minutes, damaging buildings and triggering landslides across railway lines and roads. No one was killed. It was a different story three months later on the 17th of June, when a 7.8 quake struck in the upper South Island, about 150 kilometres north of Arthur’s Pass. The worst-hit community was Murchison, where landslides engulfed houses, killing fourteen people. Seventeen people died altogether and, with homes seriously damaged and numerous aftershocks, residents camped outdoors and many left the region.

Less than two years later, a 7.8 quake struck in Hawke’s Bay, in the North Island. The quake lasted for two and a half minutes, and within minutes of the earthquake, fire took hold in central Napier. Together the earthquake and the fire levelled Napier, killing at least 256 people in the region. Napier is today famous for rebuilding in the art deco style popular in the 1930s.

Then, in 1934, the North Island was hit again, by a 7.6 in the town of Pahiatua in the Wairarapa. Nearby Hawke’s Bay was badly shaken once again, and shaking was felt from Auckland down as far south as Dunedin. Two people died in the Pahiatua earthquake.

In 1942, two earthquakes three months apart shook the Wairarapa region in the lower North Island, causing damage to the region’s many small towns and in nearby Wellington, where a man died after a coal gas pipe ruptured. Many older buildings in Wellington city were badly damaged in the first earthquake, and it was recognised that had the earthquake occurred during a busy shopping day, many people would have been killed.

The earthquakes of the 1920s, 30s and 40s had long-lasting effects in New Zealand. The New Zealand government established committees to investigate the reasons for the building collapses in the Napier quake and the guidelines developed by these committees resulted, eventually, in the building standards used today to protect life in the event of earthquake. Then, in 1945, the Government established the Earthquake Commission. The EQC was a response to over a decade of regular, damaging tectonic activity and the disruption of the war years. Its intention was to train New Zealanders to protect themselves during natural disasters and then provide New Zealanders with the economic protections necessary to recover quickly. As of the start of the twenty-first century, EQC pays the first $100,000 of damage resulting from natural disasters, and private insurers top up coverage over that ‘cap’. The result is that the New Zealand residential property market is one of the most heavily insured in the world, and New Zealand is one of the few earthquake-prone regions where residents can easily obtain earthquake insurance.

Since the 1940s, New Zealand has settled back into the pattern the early settlers experienced: big quakes every few years, but nothing so near to towns and cities to cause widespread destruction. In the years between 1943 and 2010, there were fewer than a dozen deaths from earthquakes in New Zealand. Most large earthquakes in New Zealand occur offshore or in remote areas, well away from large populations and potentially lethal buildings.

Our tale starts to unfold in 2010, a repeat, some might think, of the shaky 1930s. But this is a very different story, because the unfortunate reality is that in the modern world, a natural disaster is followed, inevitably, by a manmade one of greater scale and longer duration.

Fear has many eyes and can see things underground.