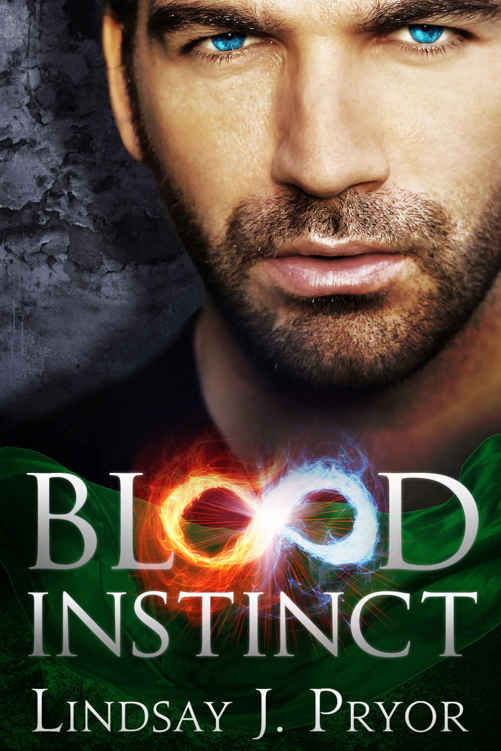 ‘
W
hat do
you mean “they’re on the border”?’ Sophia asked, struggling to keep up with Jask as they headed down to the communal area.

The network of underground tunnels, with its maze of steel doors and exposed pipework, reminded her of a cross between subterranean cellars and the lower levels of a cruise liner. The pack had nicknamed it the “bunker” – and never had the name seemed more apt.

‘That’s all Kane said: that the military are on the edge of Blackthorn right now.’

She marched alongside him as if in a surreal nightmare, Jask fastening his shirt along the way. The first time they’d been alone together in twenty-four hours and she’d barely had a chance to touch him before the call had come through.

It was the call they’d been dreading. Between keeping watch for any sign of an attack by Caleb Dehain and hunting down any remaining fourth species lurking in Blackthorn, the pack already had their hands full. The last thing they needed was news of an impending full-scale invasion added to the mix.

‘
Shit
,’ she hissed, her heart pounding. ‘Now?
Already
? When did they start moving in?’

Jask’s azure eyes remained fixed ahead as he folded back his sleeves. ‘I’m going to find out.’

‘Is it Sirius’s personal army?’

The head of the Global Council had been more than clear: hand over Kane Malloy or he would invade Blackthorn and end it once and for all.

Jask glanced at her again, his pace not appeasing. ‘More than likely.’

This was it: the war they had been working so hard to prevent, that they
needed
to prevent, had already started.

Caleb was still alive. Sirius Throme was closing in. And everything she had to care about was caught right in the middle – not least Jask.

‘But what about the file Caitlin sent to the Global Council?’ she asked, despite knowing the futility of denial. ‘What about exposing all the lies surrounding Kane? What about all the corruption instigated by Sirius?’

‘Depends if they got the file at all.’ His gaze met hers fleetingly. ‘Or if any of them give a shit in the first place.’

And that was the truth of what they were up against: none of them had any idea how deep the corruption ran in the authorities.

‘So do you think this is it, Jask? Has the invasion begun?’

‘I don’t know, Phia.’ He met her gaze again, the concern in his eyes exacerbating the leaden sensation in her legs. ‘But it isn’t sounding good.’

Her pulse thrummed in her ears, her chest constricting to the point she could barely breathe.

‘I’ll fill you in on everything when I get back,’ he said, catching the back of her neck to kiss her briefly on the temple as they reached the end of the corridor.

But she grabbed his shirt at his waist. ‘Can I come with you?’

He turned to face her, his eyes tellingly resolute. ‘You know you need to stay here.’

But she knew her plea was more about keeping Jask close than her getting out. It had been hard enough letting him go those past couple of days knowing the risks out there on the streets, let alone with them now escalating. And if she couldn’t keep him away from the threat, she had to at least stay by his side to protect him in any way she could.

He raised his eyebrows, a hint of a smile curling his lips. ‘It’s been twenty-four hours, Phia. That hardly warrants cabin fever.’

And he had enough to worry about without her panic attacks adding to it.

‘Yeah, well, twenty-four hours locked in a tin can with two sisters who think the Dehains are two undiscovered saints feels like a week. Come on, Jask. Everybody’s got a job to do around here except me. Caitlin, Jessie, Leila… Even Alisha’s making herb jewellery.’

‘Then join her,’ he suggested, reaching up to brush her hair back behind her ear before tenderly holding the nape of her neck. ‘Use it as a chance to try and get through to her and maybe get through to Leila that way.’

A task easier said than done.

‘There’s a potential war out there and you want me to sit making fucking daisy chains? Are you kidding me?’

‘Protective herb chains, according to Leila.’

‘Whatever.
Please
, Jask. You know I can fight. My training’s going really well. I won’t get in the way, I promise. I’ll be company for you – that’s all. I want to be there for you.’

‘You
are
there for me,’ he said, interlacing his fingers with hers as he held her hands up either side of her shoulders. ‘And I love you for it. Besides you
do
have a job to do: stay as far away as possible from Caleb Dehain so this prophecy doesn’t happen. That’s the most important job of all, right?’

Because although Caleb was the chosen one – the vampire destined to lead the uprising against the humans, against the system – he had yet to complete his transformation. To do so, he needed to kill a serryn – Sophia – in order to claim her soul and gain his Tryan status – the Tryan being the only guarantee, according to the prophecy, of vampires winning the war.

‘And that’s on top of persuading your sister to kill Caleb, as well as keeping that serrynity of yours in check so things don’t get fucked up in the interim,’ he added. ‘I think that’s more than enough work for anyone.’

‘Leila’s not going to budge, Jask. All she wants is out. Alisha’s the same.’

‘Maybe they’ll feel differently when I come back with news of what’s going on out there.’

He leaned forward to kiss her briefly on the lips. But as he moved to pull away again, she instinctively tightened her hold on his shirt as if her heart was being torn out.

She could barely believe he’d meant nothing to her a little over a week ago. Leaving the safety of Summerton a year ago, hell-bent on ending third-species corruption in Blackthorn, The Alliance further fuelling her misguided cause, now felt like another lifetime.

Less than a week ago, she’d planned to kill him. Now the thought of life without him was unbearable; not helped by knowing that every time she kissed him goodbye could be the last time she saw him – a prospect that had become increasingly real with every passing hour.

‘Jask, I feel sick. I don’t want you to go out there. It’s bad enough still not knowing how many more fourth species might be crawling the streets. Now Sirius’s army might be out there too?’

‘Hey,’ he said. The tenderness of his touch as he reached up to clasp her neck with both hands, to glide his thumbs along the edge of her jaw, made her heart skip a beat. ‘Where’s my feisty warrior gone, huh?’

‘For a bathroom break on account of a weak bladder in the face of adversity.’

He smiled, but it was as fleeting as the relief of seeing it. ‘Come on, darling – you know I can handle myself out there.’

Even that assurance did nothing to ease the sense of sickness deep in the pit of her stomach. ‘Maybe up against other members of the third species, even the fourth, but up against Sirius’s army? Jask, if these guys
are
superhuman… We’ve seen what angel tears have done to Eden. He can stand his ground against both you and Kane. If there are a tonne of them out there…’

‘I don’t even want to think about that.’

‘Then don’t.’ Dropping his hands to her hips, he pulled her closer so she could feel the reassuring strength of his body against hers. ‘Kane will handle Sirius. I’m just going to find out what’s happening so I can prepare the pack.
You
need to stay focused on our part of the plan – because we
will
get Caleb, whether he comes for us or we have to hunt him down. And Leila
will
kill him to protect you from this. If we take Sirius down in the interim, so be it.’

He held her gaze whilst she remained hesitant. Hesitant because she knew if there was a right time to mention it, it was then.

But she couldn’t. Instead she dropped her gaze in frustration – not at Jask, but at her stubborn sister continuing to choose her warped love affair with Caleb Dehain over her own family; something that hurt more than Sophia was ready to acknowledge.

Jask tilted his head to the side slightly, crouching a little to recapture her gaze. ‘Can I hear a “Yes, Jask”?
Or
better still a “Yes, Jask,
sir
”?’

She couldn’t help but reciprocate his smile as she dared to meet his gaze again, his eyes glinting playfully at her. ‘You wish.’

‘And she’s back,’ he declared, his smile broad, flashing her a hint of his canines. ‘I’ll return as soon as I can.’ He placed another tender kiss on her lips before smacking her lightly on the behind as he pulled away. ‘And we’ll finish what we started,’ he added, sending her a wink over his shoulder.

Her stomach twisted into a knot as she watched him head across the busy communal area to join Corbin.

Jask’s hands dropped low on his hips as he explained the situation to his beta, Corbin, who would take the helm in Jask’s absence, nodding as he listened intently.

There was a time when she would have followed him out of there regardless, refusing to take no for an answer. But she was learning to fight her impulses. For Jask, she was learning to control herself – even with the serryn simmering beneath the surface.

And he was right: she
did
have a job to do. Ultimately, she had to be the one to make sure they won. For that, she had to continue to work on talking Leila into killing Caleb.

She looked across to the far side of the room where her sisters were chatting, their heads bowed together conspiratorially.

She knew she was fighting a losing battle, even if Jask chose to believe otherwise. And right then her heart was too fragile, too busy aching, to deal with yet more conflict.

‘
Fuck it
,’ she hissed under her breath.

And made her way back down to her room alone.