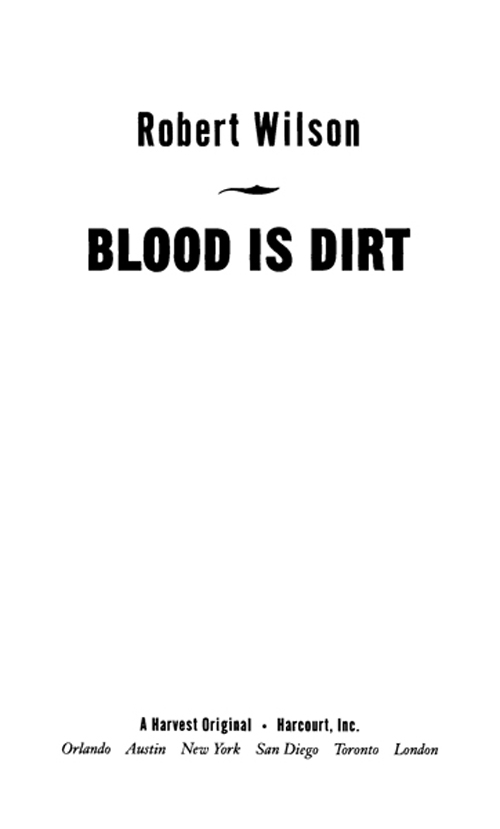 For Jane
and
my mother
and
in memory of JoÃ£o 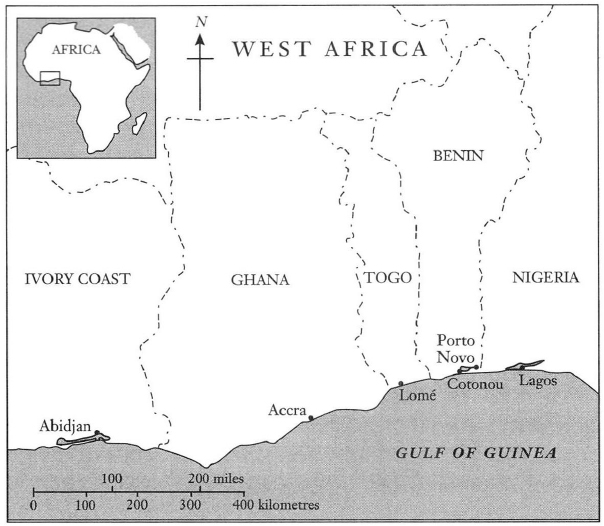 The sheep stood in the car park looking at its African owner with interest but no concern, which was a mistake. The animal had arrived from the market on a moped lying across the lap of its executioner whose sackful of knives was resting on the sheep's back. He'd lifted the sheep off with a gentleness normally reserved for sick children. The sheep was no more than dazed at seeing life passing it by a little quicker than usual. The butcher tethered it to the bumper of a Land Rover and arranged his knives on the sack.

A boy arrived in a sweat on a bicycle which he leaned against the wall. He ran into the building. His feet slapped on the tiles in the stairwell. A while later the feet came back down again. And a while after that someone wearing steel tips on their shoes followed. They appeared in the car park.

The sheep looked from the owner to the boy and then to the very tall, athletic Lebanese with the steel tips who was about to be the new owner but with one drastic difference that the sheep had not, as yet, rumbled. The Lebanese inspected the sheep, drumming the fingers of one hand on his washboard stomach and using the other hand to spin his gold chain around his neck. He nodded.

The African took hold of a horn on the sheep's head and wiped a blade across its neck opening up a red, woolly grimace. The animal was puzzled by the movement and its consequences. It fell on its side. Blood trickled down the concrete ramp of the car park, skirted a large patch of black oil and pooled in the dirt of the road where a dog licked it quickly before it soaked into the sand. The Lebanese clipped away.

I'd come out of the office to catch what could hardly be called a breeze that was playing around on the balcony, but it was better than sitting in the rise of one's own fetor. I had nothing on my plate which was why I was taking an interest in
al fresco
butchery and it was lucky I did. Glancing up from the twitching life struggling to get away from the future mutton roast, my eyes connected with the only white man in the street. He was looking at the sign hanging on my first floor balcony which said âM & B' and below that
âEnquÃªtes et Recouvrements',
âInvestigations and Debt Collection'.

The white man was wearing a cream linen suit which must have seemed like a great idea in the shop window in London but out here quite quickly achieved the crumpled, downtrodden look of a copywriter or a graphic artist. He slipped a card into his pocket and was about to walk across the car park when he noticed the dead sheep with accusatory eyes and lolling head. The sight of it jerked something between his shoulder blades. His head flicked up, he looked left and right and went on to his back foot, preparing for a cartoon scram. The butcher, who was kneeling down by now, took out a wooden tube and with a small knife made a nick in the back leg above the sheep's elbow. He inserted the tube and blew down it. The boy stood adjacent with a machete in his hand almost trailing on the ground. At a nod from the butcher he raised the machete. I pushed myself off the balcony rail and shouted, âYes!' at the white man and pointed at the entrance to the building below me. It gave him just enough courage to skitter past the sheep and gave me half a chance at our first client in more than a week. The boy beat on the belly of the sheep with the flat of the machete blade. Whump, whump, whump.

I stepped back from the balcony into the office. Bagado, my partner, who had been a detective on the Cotonou force up until a few years back, looked up from behind the single bare desk in the room. The door opened without being knocked.

âWhat the hell is going on out there?' asked the white man.

âWhat did you think it was? A white man?'

âGet some air under the hide. Makes it easier to skin.'

âDon't they have a shop or anything?'

âBruce Medway,' I said, without holding out my hand.

âI've never been a great guesser.'

âI know what you meant.'

He ran his hand through some hair on his head in a way that made me think it had been a lot thicker until recently.

âI've lost some money,' he said, looking shambolic enough so that we'd believe him. âA great deal of money. I want you to get it back.'

We didn't say anything. I looked him up and down and thought about two things. The first, his name. How to make âBriggs' more interestingâstick âNapier' in front of it, get yourself an eyepatch and a black silver skull-topped cane. The man was missing some props. The second thing was whether he had enough money left to pay us to find what he'd lost.

Bagado's head came out of the wreckage of his blue mac like a tortoise that's caught a whiff of spring. He had his hands steepled and the spired fingers were itching up and down a scar he had in the cleft of his chin.

âHow much is a great deal?' he asked, and Napier jumped as high as he had when he'd seen the dead sheep. He rushed at me and drove me out on to the balcony.

âHe's not...?' he asked with ferocious intensity.

Briggs wiped the sweat off his face with his hand and flicked it on the ground. He dropped on to the balcony rail with his elbows and looked over. He reared back.

The sheep's intestines were out of the belly now. They slipped and jostled against each other, still warm. The sheep was on its back, skinned, the hide underneath it to keep the meat clean.

I got him on to a chair. Bagado raised his eyebrows.

I roared down the stairwell to the
gardien
who came up to take 2000 CFA off me and I added three croissants to the order. Briggs moved his chair back from the desk. He took out a packet of Camels from his linen jacket which had now become a relief map of a mountainous desert in the thick unsliced heat. He took three matches to light up and flicked each dud through the hole in the wall where the air conditioner should have been.

At least he wasn't overwhelmed by our new office. The single plant on the floor in its concrete pot, the view of the neighbouring block out of one window, a mango tree and a tailor's shack out of the other, a local stationer's calendar on the wall, and the two of us evidently with only one desk to sit behind, didn't even have any schoolboy chic let alone adult consequence.

âOurs is a new business,' said Bagado, trying to pull some cheer into his voice.

âDelicately balanced between start-up and instant bankruptcy,' I added.

âA great deal of money could be as much as...'

He sucked on the Camel, pulling an inch of it into his lungs without even glazing over. His yellow cigarette fingers were shaking and his thumb flickered against the filter. He was tall and thin. The sort who could eat like a pig and never get themselves over 150 pounds, the sort who kickstarted the day with four espressos and five Camels, the sort who could live off whatever their latest stomach ulcer was secreting. His eyes were sunken and dark, his face lined deeply with creases that dropped from the outsides of his eyes to the corners of his mouth. He tugged at his tie, which was down by his sternum, as if it was crimping his windpipe.

âWe run a debt-collection service. We call it debt to be polite. People feel better about returning money which has been “extensively borrowed” rather than “stolen”.'

He nodded and threaded an arm through the back of the chair, trying to break it off.

âNo. It's been stolen. I've been ripped off like you wouldn't believe.'

âOh, we would, Mr Briggs,' said Bagado. âHave no fear of that, we would.'

Napier Briggs screwed the cigarette into the corner of his mouth and struggled out of his jacket as if he'd been strapped in there and we were a paying audience. He sat back exhausted with one wrist still stuck in a sleeve's gullet. Bagado opened a drawer and produced an empty sardine tin, which was the office ashtray. He nudged it towards him. Briggs tore his fist out of the sleeve and whipped the cigarette out of his mouth, taking a lungful of quality filter. He lit another from the butt and crushed it out in the tin and licked and blew on a finger. He looked blasted by sun, booze and nerves. His skin was stretched tight over his skull, and the remains of his blond hair looked as if it had been stitched in. His lower teeth were stained brown from nicotine and bitumen coffee.

âGold bars in a trunk? Cash in a suitcase? Diamonds in a condom?'

One in a Bear-llion (Polar Heat Book 3) by Bolryder, Terry
In McGillivray's Bed by Anne McAllister
Death in an Ivory Tower (Dotsy Lamb Travel Mysteries) by Maria Hudgins
Hell's Angel by Peter Brandvold
The Last Days Of The Edge Of The World by Brian Stableford
Dead Is Just a Dream - [Dead Is - 08] by Marlene Perez
A Dom for Christmas by Raven McAllan
Treat Me (One Night with Sole Regret #8) by Olivia Cunning
Not His Type by Crane, Lisa
The Unknown Shore by Patrick O'Brian
Our partner