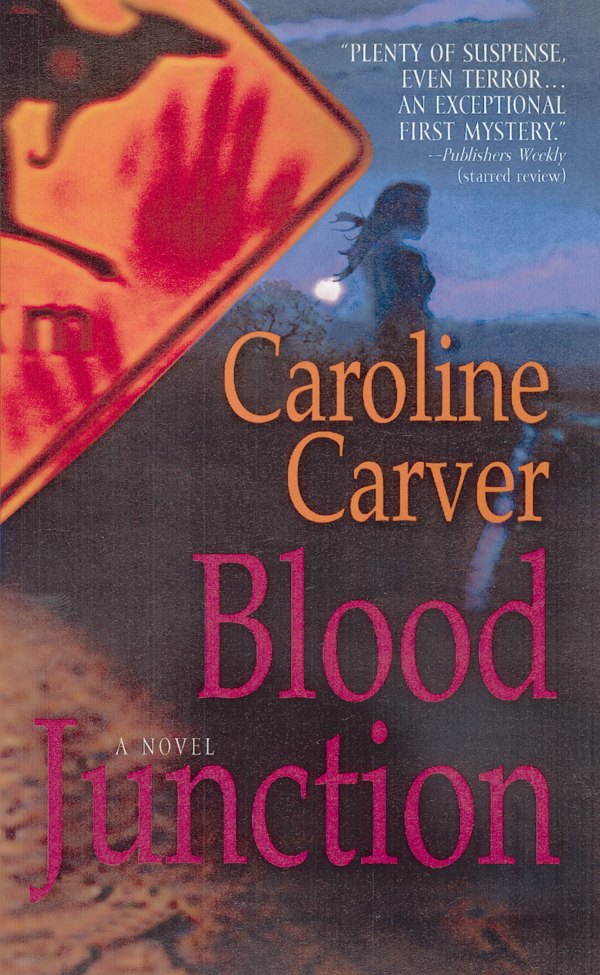 This book is a work of fiction, Names, characters, places, and incidents are the product of the author’s imagination or are
used fictitiously. Any resemblance to actual events, locales, or persons, living or dead, is coincidental.

B
ERTIE WAS IN THE CENTER OF TOWN WHEN THEY CAME
for him.

He knew they would eventually, but he hadn’t expected it to be so soon. Or that he’d be with his father and his younger brother,
Willy, his two cousins, Jake and Jimmy, and Jake’s son, Rick—all six of them collecting their paychecks from the Bamfords
for burning off and fencing their property. Backbreaking work for a bloody pittance, he was thinking. We’ve all aged ten years
from that bloody job and I’m not doing another like it again, ever.

The first he knew something was up was when Willy slowed, hissing between his teeth. He’d only heard Willy make that particular
sound a couple of times; once when he’d nearly trodden on a death adder out near Benbullen and the other after a bush fire
had swept through camp, leaving nothing but a sea of fine gray ash and a clump of eucalyptus trees blackened and split open
like shattered sticks of charcoal.

He followed Willy’s gaze. There were four horses tethered outside the Royal Hotel and another two standing docilely next to
Sam Davis’s bakery. He saw a group of men lounging on the hotel’s verandah, schooners of beer in their hands, hats shading
their faces. Beyond them a truck turned right at the crossroads, stirring up clouds of red-brown dust. Tin and weatherboard
buildings lined the street, and shop awnings painted white offered shade against the raw heat. The rows of iron roofs bounced
the sunlight into his eyes, making him squint.

“What’s up?” he asked his brother, who was staring at the Royal.

He saw the men had put down their beers and were watching them. He had the sensation of a pack of dingoes watching a flock
of sheep.

“They’re all drunk,” his father said wearily, and came to a halt.

“Yeah,” he muttered, and kicked at the ground. He’d hoped to go out and buy a lathe that afternoon, but with that mob full
of grog and looking at them the way they were, they’d be better off coming back another day. He swivelled to head back out
of town and felt his stomach swoop. Hank Dundas and five men he didn’t know were walking steadily towards them, expressions
intent. Three of them carried machetes, and the broad blades flashed like mercury in the sunlight.

“I’m buggered if I’m going to hang around—” he started to say but then Hank Dundas was yelling at them, his big round face
swelling with the effort. His voice thundered down the dusty street like a truck horn.

“Mullet! Which of you’s Bertie Mullett?”

He felt more than saw his father pale. “You didn’t do nothing, did you?” he said, his voice shaking. “’Cos I told you not
to. I told you they’d get you for it.”

Bertie was staring at the machetes. He felt the blood start to drain from his head.

He found himself unable to speak when he met his father’s eye.

Bertie turned a desperate gaze on the men. They were approaching fast. He swung his head to see the mob from the pub had fanned
out, blocking the other end of the street.

“Bertie Mullett!” Dundas yelled. “I want to talk to you!”

“He’s not here, mate,” Rick said, palms spread. His forehead was beaded with sweat. “He’s back at camp.”

“Like hell.” Dundas stood before them, his face puce. “I know he’s one of you lot. The Bamfords told me.”

“He’s back at camp,” Rick insisted.

“You tell us which is Bertie Mullett or you’ll all get it in the neck.”

Dundas barely glanced at him. “Bertie’s a young bloke. Rose told me that much.” He studied Rick, then Jake. “A churchgoing
lass ruined by a bloody Abo. Perverted son of a bitch! I’m going to make him pay.”

Bertie felt a whimper flutter in his throat as the narrow eyes slid to him.

He jerked a negative.

“You?” Dundas asked Jimmy, who shook his head.

Dundas then asked Jake and Rick and Willy, who also shook their heads.

None of them moved.

“Tarred with the same bloody brush the lot of you.” In a single lazy movement he raised his machete above his shoulder. His
eyes went quite flat. “You’ve ruined my daughter.”

Everything slowed to half speed.

He saw Dundas swing his machete at his father’s neck. From behind came a shout and then Willy screamed. There was a dull chunk,
like an axe hitting wood. Bertie watched his father topple to the ground, hands fumbling, desperately trying to stem the river
of blood pouring from his neck. He saw Willy dart between two men in an attempt to flee. He saw another machete strike Jake’s
right arm, almost severing it, and as Dundas came for him, Bertie spun. A man in overalls jabbed Bertie’s right kidney with
his elbow and he lurched, fell to the ground. Pain blurred his vision. Then a great weight was on top of him, sticky and wet,
and Bertie was pushing it away, only half aware it was Willy, that he was bleeding badly, his groans bubbling from a great
gash in his throat.

A gunshot cracked behind him.

Voices were shouting and screaming.

Bent double, lungs heaving, he paused on the town’s limits. He put both hands out to steady himself against a metal signpost
and found himself almost hugging it to remain upright. After a little while his breathing eased and he straightened and looked
back at the town. At the tea-colored weatherboard buildings hunched along a strip of gravel road, paint blistering beneath
a remorseless Australian sun.

He lurched into an unsteady jog, heading for the low mound of hills in the distance, where he knew there would be nothing
but dry grasses and rocks and lizards and brown-bellied snakes.

Bertie Mullett was unaware he had left three bloody handprints on the signpost. They remained there for seven weeks and two
days before a sudden deluge washed them clear. Only then could the local residents look at the sign without flinching:
COOINDA
.

I
NDIA KANE LOOKED UP AND DOWN THE ROAD. THE WIND
was blowing hard from the north, hot as a blowtorch and whipping fine grains of sand in her face. The air scorched her nostrils
as she breathed. There was no shade, no respite from the sun and sand. She was already thirsty, but caution prevented her
from drinking any water. She’d save the small amount she had for when night fell, when it would do her most good.

Hypnotized by the raw heat, she stared southwards, where the road curved around a large clay pan. Then she gazed northwards,
at the broad sandy arrow streaking relentlessly into the distance. No cars, no trucks, no rescue in sight. The horizon seemed
to waver as she stared, but it was only the heat haze and her dried scratchy eyes playing tricks.

India turned to her stricken Toyota Corolla and cursed it under her breath. Then she cursed the wind and heat and the interminable
flies, Toyota generally, the rental-car company and then her work, for putting her here. She’d been stranded in this flat
baking tray of scalding wilderness for three hours now and the worm of worry that another vehicle might never come along had
grown into a snake that writhed and squirmed in her belly.

The only car she’d seen since she had turned off for Cooinda had been a 4 × 4 ute, a pickup, travelling in the opposite direction.
That had been around twelve-thirty, four and a half hours ago.

In silent desperation, she tried the ignition again. Nothing. No electrics, no power, nothing. The inside of the car was like
a furnace and smelled of hot plastic. She clambered back outside and stared at the engine block for what must have been the
twentieth time. What she knew about engines she could write on a pinhead. What she knew about survival was fractionally more
and she had no intention of putting herself at risk by leaving her car yet. She was pretty sure Cooinda was only thirty or
forty kilometers away, but she’d last two seconds in this heat. She would wait until it was dark, then follow the road into
town. There was no point going the other way. The last homestead she’d seen was about the same distance away as Cooinda.

India sat huddled beside the flank of the car, trying to shelter from the dry, insistent wind. She cupped both hands over
her nose in an attempt to prevent herself from breathing more dust, but it didn’t seem to help. Her nose and lungs and mouth
were being layered with the stuff. She wanted to light a cigarette but it was too windy.

She thought about her friend Lauren, waiting for her at the Royal Hotel in Cooinda. Thought about an ice cold beer, ice cold
water, any water. Pulled her mind back to practicalities. Found enormous comfort in knowing Lauren would raise the alarm at
the end of the day, come looking for her. Maybe she wouldn’t have to walk into town after all.

She rested her head against the car’s bodywork and closed her eyes. Breathed in dry air like fire.

She was dozing when she thought she heard a faint hum in the distance. From the south. She scrambled to her feet, praying
it wasn’t a plane, or a tractor or a four-wheel-drive car taking a shortcut off the road.

Then she saw it, a glimmering black saloon going like a rocket. All four wheels were locked as it drifted around the clay
pan, settled briefly, then surged forward with no apparent lessening of power.

India decided against standing in the middle of the road and simply stood by her car with her arm out, knowing the raised
bonnet would have the desired effect; the outback code was always to help another in need.

The car hummed towards her, gravel and dust pluming behind it like a meteor tail.

The car shot straight past her without stopping, a
BMW
with smoked-glass windows.

India stood in great choking clouds of grit and sand with her eyes shut. When she opened them, the flat-six engine note was
at least a kilometer away.

“You little shit,” she said, astonished. Unless she’d witnessed it with her own eyes, she’d never have believed a fellow Australian
would abandon a stranded motorist in the outback.

Perhaps he’s from the City, she thought, and doesn’t realize that in the bush things are different. That the wind sucks all
the moisture out of you until your lips crack and start bleeding, and your throat is so dry you can’t swallow. That if you’re
stranded for several days twenty liters of water per person will only just suffice, and I’ve only two. That if you don’t die
of thirst or sunstroke, you might die of snakebite. Brown snakes live out here. Their venom is one of the most potent known.
And should you disturb one, the brown snake won’t think twice, it will attack with a ferocity and viciousness you won’t believe.

Hunter (Campus Kings): A Football Secret Baby Novel by Celia Loren
Blocked by Jennifer Lane
Whippoorwill by Sala, Sharon
Slave Of Destiny by Derek Easterbrook
A Farewell to Charms by Lindsey Leavitt
Amazon (The Ushers 1) by Vanessa North
Girl From Above #4: Trust by Pippa DaCosta
All Hat No Cattle: A Red Hot and BOOM! Story by Randi Alexander
Give Us a Kiss: A Novel by Daniel Woodrell
Loving Their Vixen Mate (Pack Wars Book 4) by Vella Day
Our partner