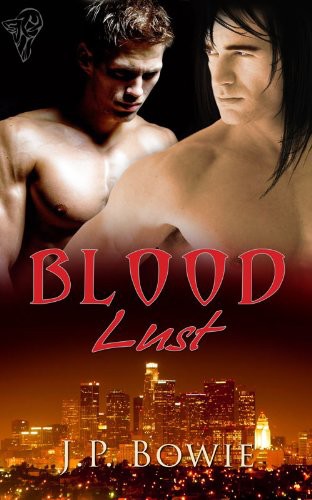 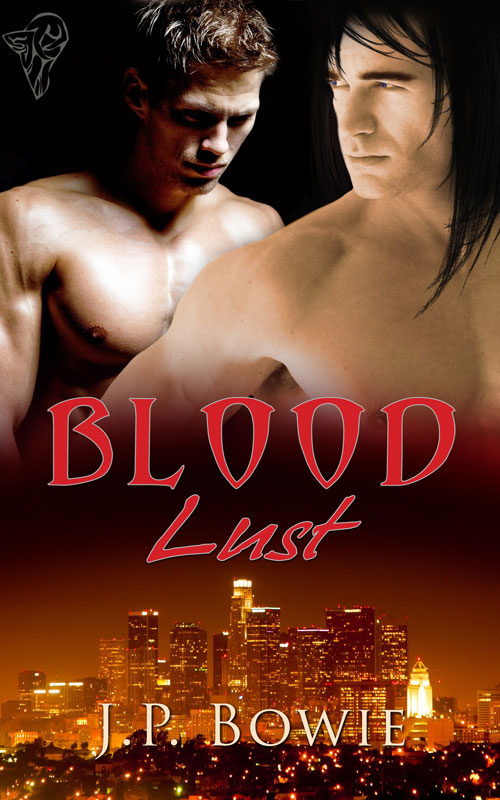 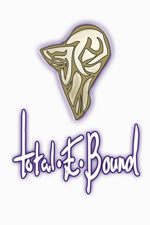 This story contains 102 pages, additionally there is also a
free excerpt
at the end of the book containing 7 pages.

My Vampire and I

A demon assassin is sent to destroy Marcus Verano and his loyal friends - both human and vampire,
but his plans are thwarted when he falls under the spell of the blood lust cast by Andrew Berés -

Tommy Cordain and his vampire lover, Andrew Berés, have been living together for several months. For obvious reasons Tommy has kept his relationship with Andrew as much of a secret as he can, especially among his fellow fire fighters. But when a vengeful demon invades their lives, taking over Tommy’s body and lusting after Andrew, all that changes.

Lord Kardis, the ruler of the Underworld, is out to exact revenge on Marcus Verano and his friends for foiling his plan to take over the world through a demon Pope. He sends Dakar, his right hand man, to kill Marcus and any vampire allied to him, but Dakar’s plans go awry when he meets Andrew and decides to do that which is forbidden - mate with a vampire.

Disgraced, his thoughts of revenge now include Lord Kardis himself, and he raises an army to overthrow Kardis, then defeat Marcus and claim Andrew for his own. But Dakar has reckoned without the combined forces of Tommy and his vampire and human friends who will stop at nothing to defeat Dakar and his demon horde.

For the readers who asked for more of Tommy and Andrew’s story—this one’s for you—and for Phil, always.

Tommy Cordain was depressed. He knew he shouldn’t be, but for the life of him he just couldn’t shake the feeling of despondency he’d woken up with, and now couldn’t dispel.

“Damn it,” he muttered, pouring himself the third cup of coffee of the morning. His mood might have been lighter if his lover, Andrew Berés, was there with him, but Andrew wouldn’t be up and about until later in the day—and therein lay the problem—or at least, one of the problems.

Since Andrew had left New York and moved in with Tommy their relationship had grown stronger than Tommy had ever dreamed it would. He’d never been in a monogamous relationship before, had never felt like committing himself to only one person, until he met Andrew. And Tommy had never been happier.

So what was the problem?

Andrew was a vampire.

But that wasn’t the problem. Well, if Tommy was really honest with himself, hell yeah, it
was
the problem. Because, until Andrew had come into his life, Tommy had been okay with the prospect of growing older. Not that he’d really thought about it that much. His parents were older, and they still enjoyed an active life, taking trips, even going line dancing every week. Somewhere in the back of his mind he’d figured that when he was their age, late fifties, he’d probably still be going to the gym, take the occasional hiking trip, go swimming, jogging, all the things he did now. He’d look older, but that didn’t matter, did it?

Andrew would always look like he was in his mid-twenties, the age he’d been when he was changed—younger than Tommy was now. Andrew was over two-hundred years old, yet sometimes Tommy felt older than him, and in reality, at twenty-nine, he was. Andrew had told him that with regular infusions of vampire blood, he would age much more slowly than a normal human—he might even live to be a hundred, perhaps a hundred and fifty years old without much change in his physical appearance. And in the ecstasy of their love making after Tommy had discovered what Andrew really was, all of that had seemed just fine—fantastic even—but now, he wasn’t so sure.

Tommy had been drained almost to the point of death by Lazlo Marek, Andrew’s devious uncle, and he’d been saved by drinking Andrew’s powerful blood. That rich essence had already added several years to Tommy’s life, something he’d thought incredible at the time, but now, it didn’t feel right.

What about his parents, his friends, those he would lose over the years—and wouldn’t they at some point wonder why they were aging and he was not? How could he explain that away? There was also the fact that Andrew couldn’t meet any of his buddies for lunch, couldn’t go to the ballpark with him, couldn’t go for a swim in the ocean, unless it was a moonlight swim.

And those were definitely great. The two of them under a starlit sky, swimming out as far as they could, then floating in each other’s arms, buffeted by gently rolling waves.

Sometimes Andrew would hold him and they would skim over the surface of the ocean, locked in an embrace, their naked bodies fused as one. Oh God, yeah, the sex was always the best. Each and every time better than the time before, if that was possible. Andrew was beautiful, his body perfect in every way, his face one that any artist would long to capture on canvas, his hair like black silk, his eyes…

Yeah, he’s the hottest guy I’ve ever been with. I’m so damned lucky to have him in my life, but I
can’t overlook the fact that one day he’s going to leave me behind
.

Tommy wasn’t arrogant, but he knew he was no slouch in the looks department. He’d been told numerous times he was hot. He kept his quarterback physique in shape with regular workouts—the rigours of his job as a firefighter demanded he be at his best, physically and mentally at all times. Yet he knew the day would come eventually when all that would fade.

The sudden call from the bedroom made him jump. Andrew was awake?

“What’s wrong?” he asked, pushing the bedroom door open. “Did I wake you?”

“Yes. Your anxious thoughts entered my consciousness. Come sit by me.”

Tommy walked quickly through the darkened room and sat on the edge of their bed.

Andrew reached up and cupped Tommy’s face with a cool hand. As always, Andrew’s touch induced a shiver of ecstasy in Tommy and he turned his face into Andrew’s palm and kissed it gently.

“I am sorry that you are so troubled by what you see as the consequences of our blood bond, Tommy.” Andrew sat up and kissed Tommy’s cheek. “I am aware that a relationship between a mortal and a vampire is not easy, even when love is involved. And I do love you, Tommy.”

“And I love you,” Tommy said without hesitation. “I’ve never loved anyone as much in my whole life…”

“Yet my immortality is an obstacle to your complete happiness.”

“When you put it like that, it sounds like I’m a selfish ingrate.” Tommy leaned in and brushed his lips over Andrew’s. “I don’t want there to be tension between us. Yes, I admit that sometimes the thought of you living forever
—
without me—gets me depressed. The thought of you finding someone else to replace me when I’m dead…”

“Hush.” Andrew put his arms around Tommy and pulled him down on top of himself, covering his face with feather-light kisses. “What on earth has brought this on? You are still a young man. Why talk of death when you are in the prime of life?”

“Oh, I don’t know. I guess I’m just in a shitty mood.” He pressed himself harder against Andrew’s naked body. “I was up and wishing you were sharing the day with me, then I started thinking about all the things we can’t do together and I just depressed the hell out of myself. See? I told you it was me being selfish.”

Andrew fell silent, gently stroking Tommy’s thick, blond hair. “You know that I will never tire of loving you,” he said finally, quietly. “That no matter what I will love you until death.” He managed a small smile. “I will not go looking for ‘the young and the hung’.”

“Oh my God, you heard that? Now I’m embarrassed.”

“Don’t be. Just be assured my love for you is real and lasting.”

He kissed Tommy’s mouth, his lips lingering on the warm flesh, opening to Tommy’s questing tongue. Their kiss was long and sweet until Tommy tried to pull himself free of Andrew’s embrace.

“I should let you rest,” he mumbled into Andrew’s mouth.

“No, don’t go.” Andrew slid his hands under Tommy’s T-shirt. He ran his fingertips up and down the length of Tommy’s spine, sending sensual shivers all through his body.

“I know, but that doesn’t mean that I must sleep.” He smiled into Tommy’s eyes. “I can still be… active.”

Tommy grinned. “I can feel you being active.” He brushed a hand over Andrew’s erection. “Mm-mmm…
very
active.” He lowered his head and nipped at Andrew’s nipples, taking each one lightly between his teeth then scouring it with his tongue. The vampire shuddered beneath him, making Tommy smile. It always filled him with a certain pride that he could bring pleasure to this beautiful man—a man who had lived for more than two centuries, who had loved and been loved by many men, and yet had chosen him, Tommy Cordain, ordinary guy-next-door, to share his life and love with.

cravingpenelope by Crymsyn Hart
Double Dare by Hinze, Vicki
The Meaty Truth by Shushana Castle, Amy-Lee Goodman
What Strange Creatures by Emily Arsenault
Tamed by the Mistress: BBW/Alpha Male Werewolf Romantic Erotica (Smut-Shorties Book 13) by Mina Carter
Out on the Cutting Edge by Lawrence Block
Winter Wedding (Blythe College #5) by Rochelle Paige
Mrs. Darcy and the Blue-Eyed Stranger by Lee Smith
A Thousand Mornings by Mary Oliver
John Fitzgerald GB 06 Return of by Return of the Great Brain
Our partner