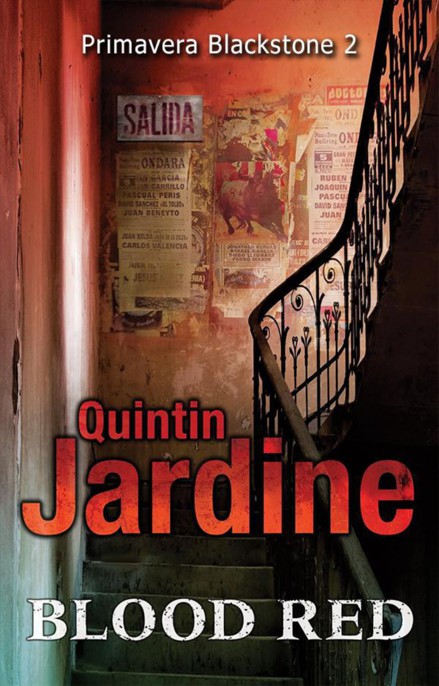 Blood Red
QUINTIN JARDINE
headline
www.headline.co.uk
Copyright © 2010 Portador Ltd
The right of Quintin Jardine to be identified as the Author
of the Work has been asserted by him in accordance with the
Copyright, Designs and Patents Act 1988.
Apart from any use permitted under UK copyright law, this publication may only be reproduced, stored, or transmitted, in any form, or by any means, with prior permission in writing of the publishers or, in the case of reprographic production, in accordance with the terms of licences issued by the Copyright Licensing Agency.
First published as an Ebook by Headline Publishing Group in 2010
All characters in this publication are fictitious and any resemblance to real persons, living or dead, is purely coincidental.
eISBN : 978 0 7553 5353 8
This Ebook produced by Jouve Digitalisation des Informations
HEADLINE PUBLISHING GROUP
An Hachette UK Company
338 Euston Road
London NW1 3BH
www.headline.co.uk
www.hachette.co.uk
Praise for Quintin Jardine...

‘A triumph. I am first in the queue for the next one’

‘The perfect mix for a highly charged, fast-moving crime thriller’

‘There is a whole world here, the tense narratives all come to the boil at the same time in a spectacular climax’

‘Engrossing, believable characters . . . captures Edinburgh beautifully . . . it all adds up to a very good read’

‘A complex story combined with robust characterisation; a murder/mystery novel of our time that will keep you hooked to the very last page’

This book is for the talented bundle of fun that is Kirsti Louise Abernethy, who pulls an immaculate focus, and once helped to splash paint all over Glasgow. She and I have many things in common, but this is the most important: we both love her mum.

Young Petrella by Michael Gilbert
Vencer al Dragón by Barbara Hambly
Bermuda Heat by P.A. Brown
The Zombie Next Door by Nadia Higgins
All Souls by Michael Patrick MacDonald
The River Rolls On (Bellingwood Book 10) by Muir, Diane Greenwood
Angela Agranoff - Sophia O'Malley 01 - Organized Blackmail by Angela Agranoff
A Life for a Life by DeGaulle, Eliza
Rise of the Fallen by Teagan Chilcott
Amanda's Story by Brian O'Grady
Our partner