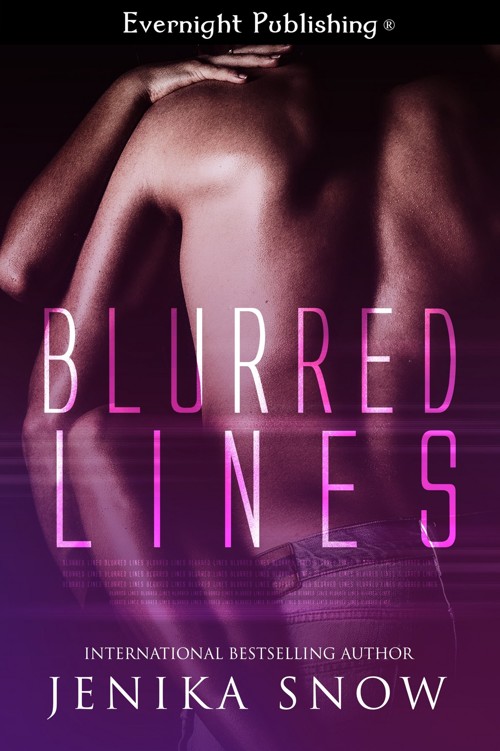 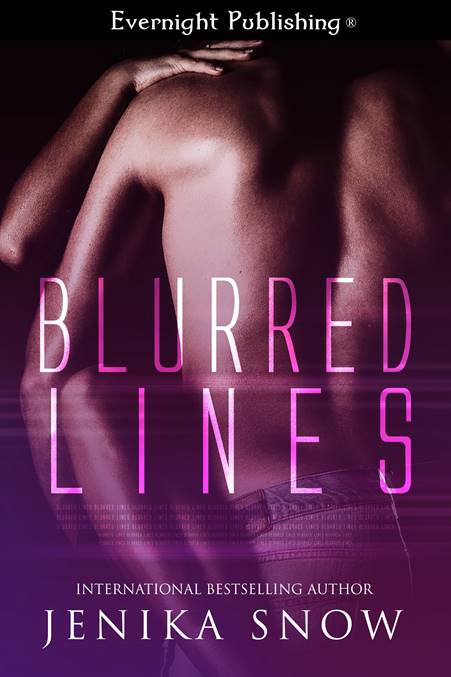 Thank you to all the readers
who continuously show their support, and thank you Evernight and my editor,
Karyn, for helping bring my stories to life.

“I
don’t know how you live under the same roof as him, Lyric,” Marie, Lyric’s best
friend, said in a hushed tone. “I’d be frightened he would go postal one day.”

Lyric
and Marie were in the cafeteria at school sitting in a corner table, and staring
right at Lyric’s stepbrother, Landon. He was across the room, alone as usual,
with nothing but a can of pop in front of him and his phone in his hand. Even
from this distance she could make out the hard lines of his body. At only
eighteen years old he was built like a tank, could have probably kicked ass at
football or any other contact sport like that because of his strength and sheer
size alone, but he was a loner. In the last three years since he’d been going
to this school and living under the same roof with her, he’d done nothing but
start shit.

When
Laura, Landon’s mother, had married Brent, Lyric’s father, she knew her life
would change, and although they weren’t close, Landon had impacted her life. He
was her stepbrother by all accounts, married into the family, which connected
them, but she never had any kind of pull to him, not in a brotherly way, at
least.

“Honestly,
he keeps his distance from everyone.” Lyric grabbed her bottle of water and
took a drink from it, all the while watching him. “He keeps to himself at home,
too, well, unless he’s coming home all scuffed up from a fight.”

“Yeah,
I can see him getting into a lot of fights, and winning.”

So
could Lyric. “It’s like he has a perpetual chip on his shoulder.” She looked
over at Marie for a second. “He’s angry at everything.”

“But
he’s gorgeous, I’ll give him that. Too bad he is also kind of scary.”

Lyric
looked back at Landon after Marie spoke. “I guess I’d be upset, too, if I was
uprooted and had to finish off high school in another city.”

“I
thought you said he was having issues at his other school, too?” Marie asked.
Landon had been here for the last three years, since he was a freshman in high
school.

“What
did you hear again?” Marie asked, sounding very interested.

Lyric
stared at her friend for a second, her eyebrow lifted. “You do realize I’ve
told you this before?”

Lyric
exhaled. “I overheard my dad and Laura talking about.” It wasn’t like Lyric was
eavesdropping on her stepmother and dad, but when she’d overheard them speaking
about all of the fights Landon had gotten into, all of the trouble he was
surrounding himself with, Lyric couldn’t help but listen to how her stepbrother
really was.

“You
think he’s like that because his dad ran off?”

Lyric
shrugged. “Maybe, or maybe he’s just one of those guys that doesn’t like the
world or anyone in it.” Just then, as if he’d heard Lyric speaking, which was
impossible, Landon lifted his head and stared right at her. Even from the
distance she could see the startling clarity of his green eyes. She didn’t know
what it was about him that had her so curious, as if she wanted to just reach
out and hug all that anger away. But every time she looked at Landon this part
of her wanted to comfort him, get through to him … hell, just be his friend.

The
first time Lyric had seen Landon Boscoe she’d known he was a bad boy, even if
she was only fifteen years old. It was clear he didn’t care about anyone but
himself, and he would be more trouble than she was used to. He was hard around
the edges, had this attitude that was slightly frightening, and she didn’t know
if she should also be one of those people that knew better and stayed away.

He
had been tall and muscular, not like any of the other fifteen-year-old guys
that went to their school. Just the sight of him could have people crossing the
street because he looked intimidating, and over time he just got bigger,
stronger … more frightening.

It
was not until Landon came in her life that she realized she had never really
known what dangerous and volatile really meant.

“Oh
damn, look who’s going over there,” Marie said in a hushed whisper.

Lyric
pulled her thoughts back to the present. Devon, the school’s resident asshole
and jock, was coming into the cafeteria with his three buddies that never left
his side, trailing behind. Devon not only bullied anyone he didn’t like, but he
also picked on the kids that he didn’t think were up to his “popularity”
standard, which would be the majority of the school.

In
the last three years Devon and Landon had gone at it only once, but the tension
was always there between them. Lyric knew it was because Landon had been
kicking Devon’s ass, and if not for the teacher that stopped the fight Devon
would have been seriously hurt. Of course, Devon had deserved it all.

“You
think he’s going to start shit with Landon again?” Marie asked, and started
shifting on her seat, as if she were the one getting nervous about all of this.

“If
he was smart he wouldn’t, but then again Devon is dumber than a bag of bricks.”

Landon
may have gotten into trouble constantly where he used to live, disregard the
rules his mom and her dad put in place now, but he worked out, and because of
that he was huge. Lyric would have thought for the amount of working out he did
he would have stayed out of trouble, but because he was so in shape it seemed
to make him even more dangerous and controlled.

She
didn’t know if she should go over there, try to defuse a situation that may or
may not happen, or just let it play out. If Devon got his ass kicked it would
be his own fault, but then again she didn’t want Landon getting in trouble
either.

And
of course Devon walked right up to Landon. For a second Landon kept focusing on
his phone, and from the distance Lyric could see Devon was saying something.
Everything that came out of Devon’s mouth was asinine and ignorant. Grabbing
her books and bag Lyric stood and started walking toward where Landon was.

“Where
are you going?” Marie asked as Lyric was walking away. She didn’t respond, just
kept moving toward where Landon sat, even if she didn’t know what she was going
to say when she got there.

“You
deaf and mute or something?” Devon said. The closer she got the more annoyed
she was by the asshole, and how he ran his mouth.

“Fuck
off,” Landon said, his focus still on his phone, his voice calm, stoic.

“Fuck
off?” Devon said and started laughing. “This asshole thinks he can talk to me
that way?” Devon was speaking to his friends now.

Lyric
moved between him and Landon, and she noticed that Landon lifted his head and
looked at her, his nostrils flaring slightly, as if he were upset she was here.
Did he not realize she was trying to save him from getting into big trouble?
Devon wouldn’t stop taunting until a fight broke out.

“Lyric,
get the hell out of here.” Devon went to grab her arm, but before he could even
touch her Landon was out of his seat and between her and Devon. She tilted her
head back, looking up at Landon’s muscular form, surprised he’d been so swift.

“What
the hell?” Devon said and started chuckling. “You trying to protect her or some
shit?”

“Come
on, Landon. He’s not worth it.” She grabbed Landon’s arm, and even though he
was so much bigger than she was, and even if they didn’t have the closest
relationship, he allowed her to pull him back. Lyric knew that had to be hard
for him to do.

“I’ll
catch up with you later, Lyric,” Devon shouted out, and started making kissing
noises her way.

She
looked up at Landon and saw he had a clenched jaw. “He’s an asshole,” she said,
but still Landon kept quiet and looked pissed. “You want to blow off the rest
of the day?”

He
turned and looked down at her. He was so much taller than her five-foot-five
frame. At over six feet in height, and coupled with Landon’s sheer strength and
muscle mass, she had to wonder why Devon tried starting shit with him anyway.

“You
sure you want to fuck up your perfect attendance?” He lifted a dark brow.

“I
don’t have perfect attendance, and I’m not some good girl that’s never ditched
before.” She walked toward the doors and out of them, sensing Landon behind
her. “Unless you want to stay here and risk getting suspended or expelled
because some asshole got under your skin?” She stopped and turned to face him
once she was outside. The sound of students talking close by couldn’t still the
beating of her heart. It felt like it would slam right through her ribs.

There
was no denying Landon was attractive, with short dark hair and green eyes that
were so vibrant they seemed almost unreal. Of course she’d heard girls talk
about him, how they wanted to have him, but he’d always kept to himself at
school, well, unless he was getting into trouble.

But
at home it was a different situation. He always came home late, a lot of times
with bloodied knuckles, and even a few times with the cops as his escort. It
annoyed her, pissed her off, too, because she saw the strain that put on his
mom, how she worried and got upset that he was so reckless.

“Well?”
she said, pulling her thoughts away from how much trouble he really was. She
could have sworn the corner of his mouth kicked up slightly, but if it did it
was gone as soon as it had arrived.

She
turned, breathed out, and had no damn clue where exactly she was supposed to
lead them to.